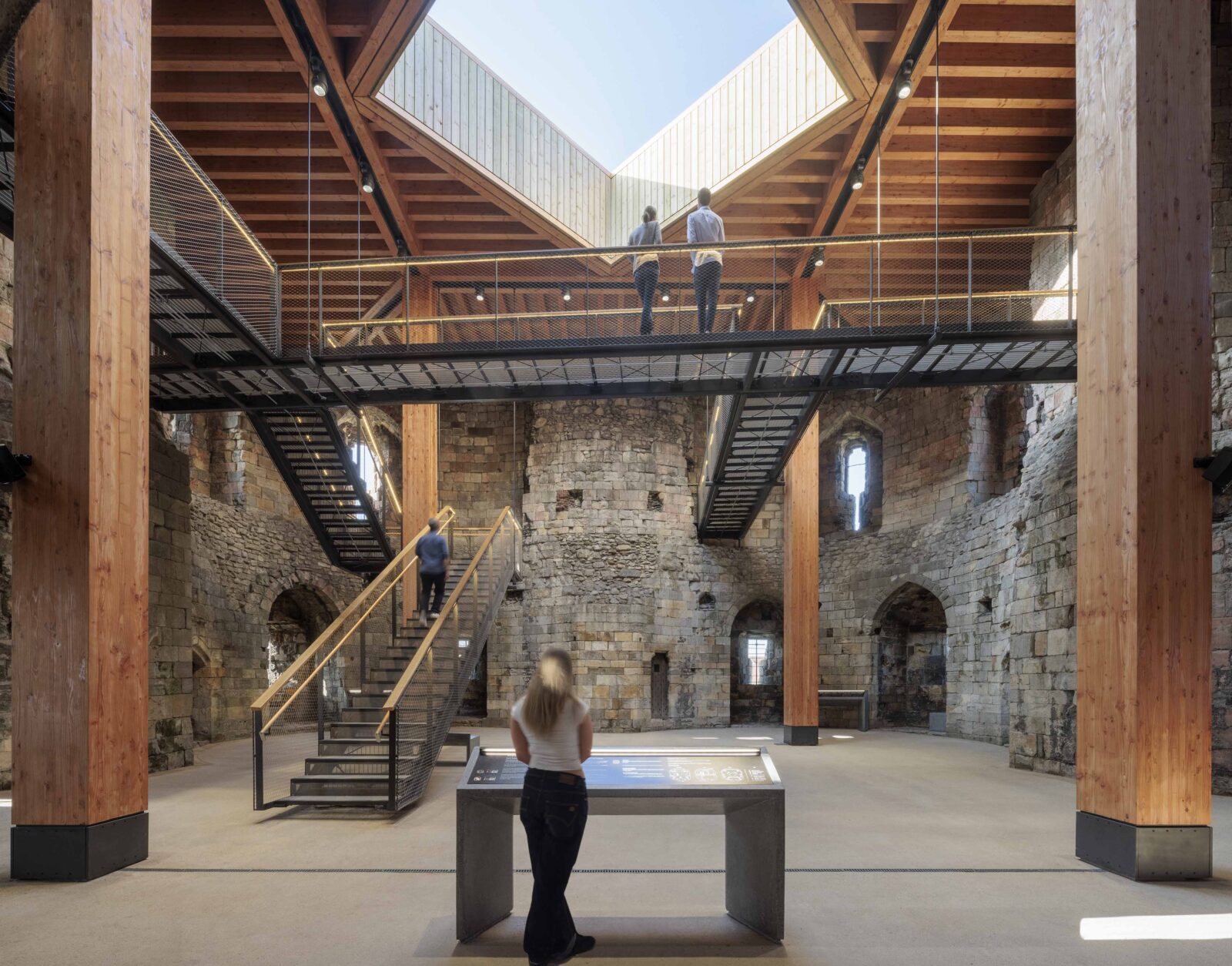 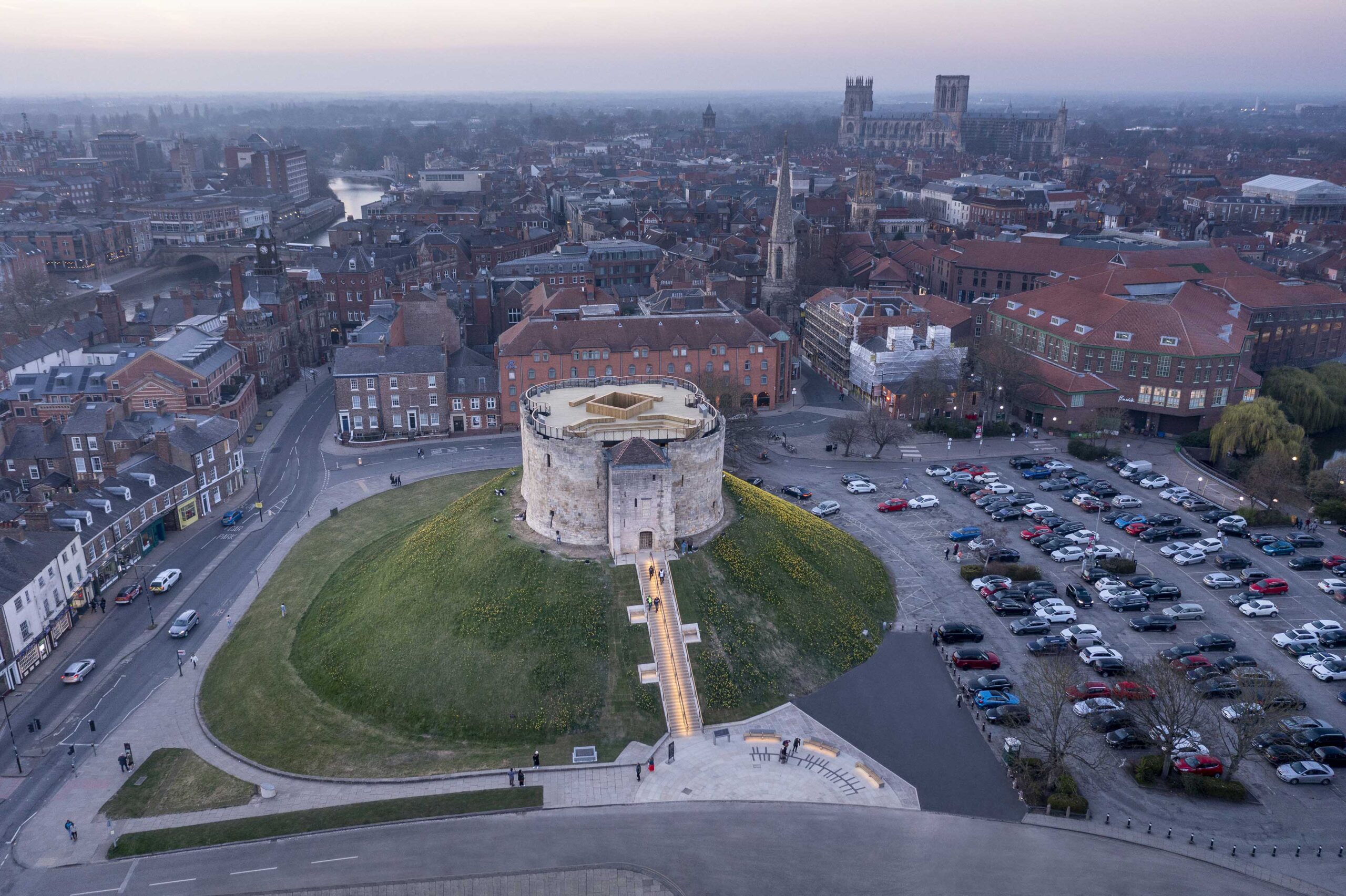 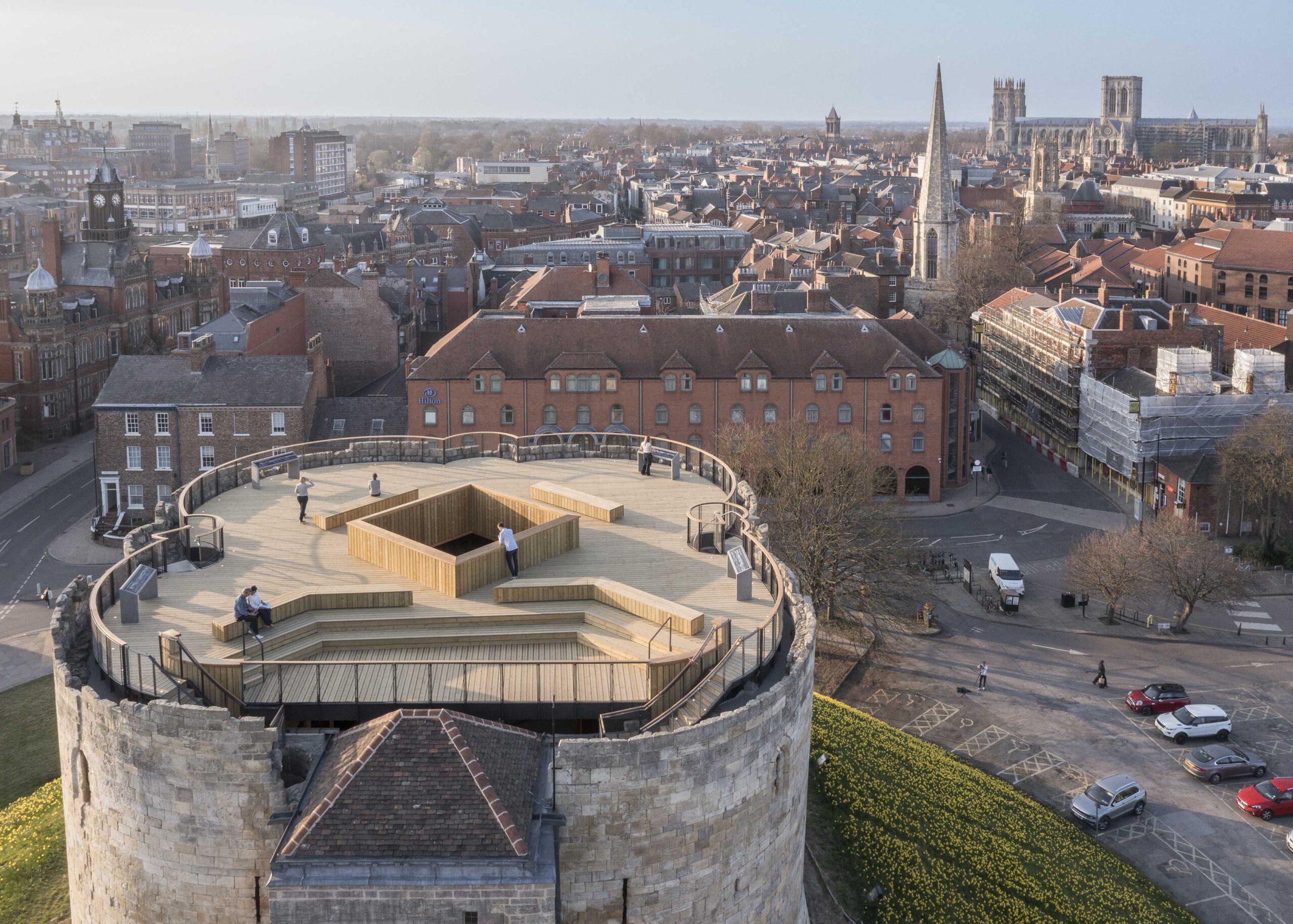 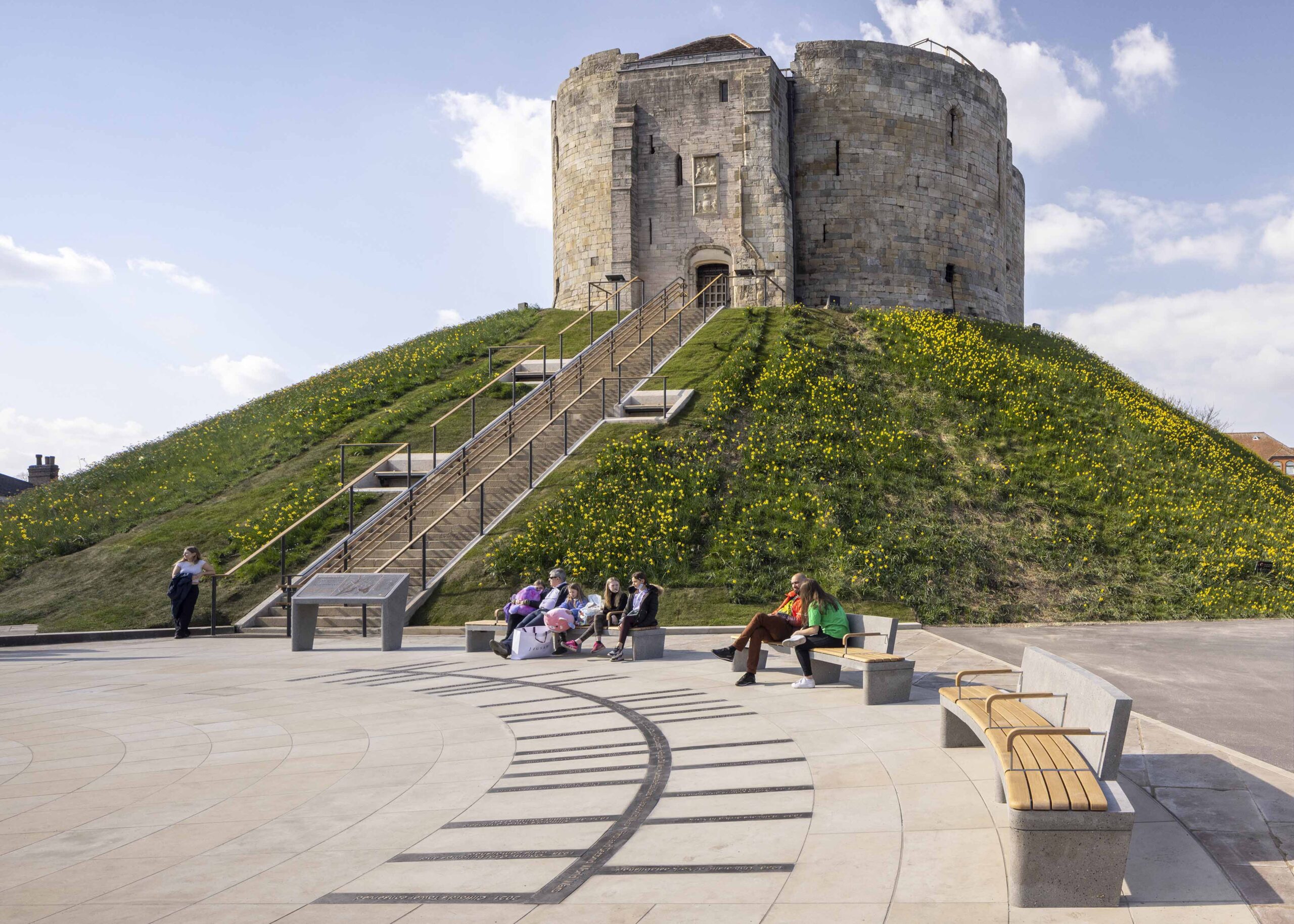 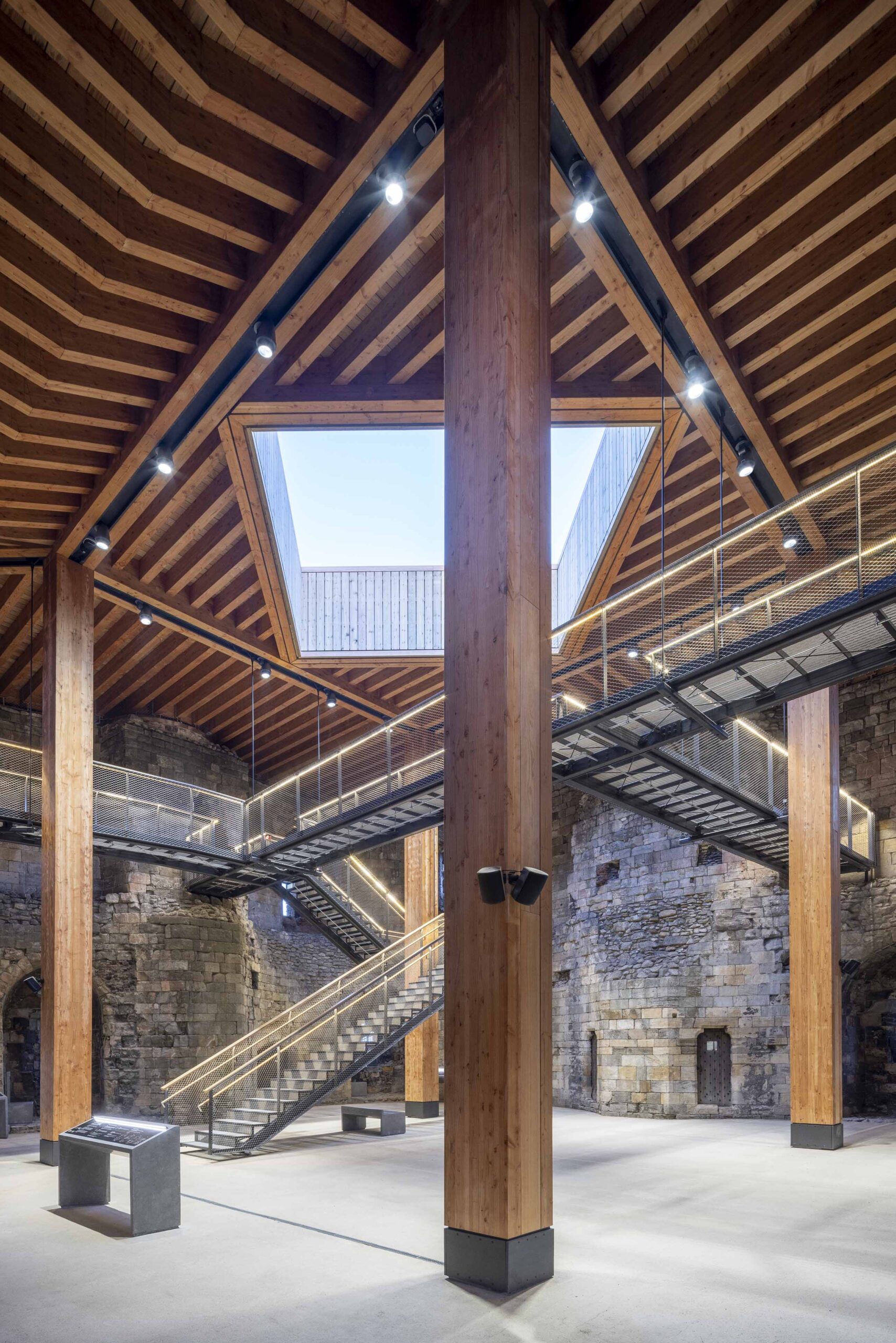 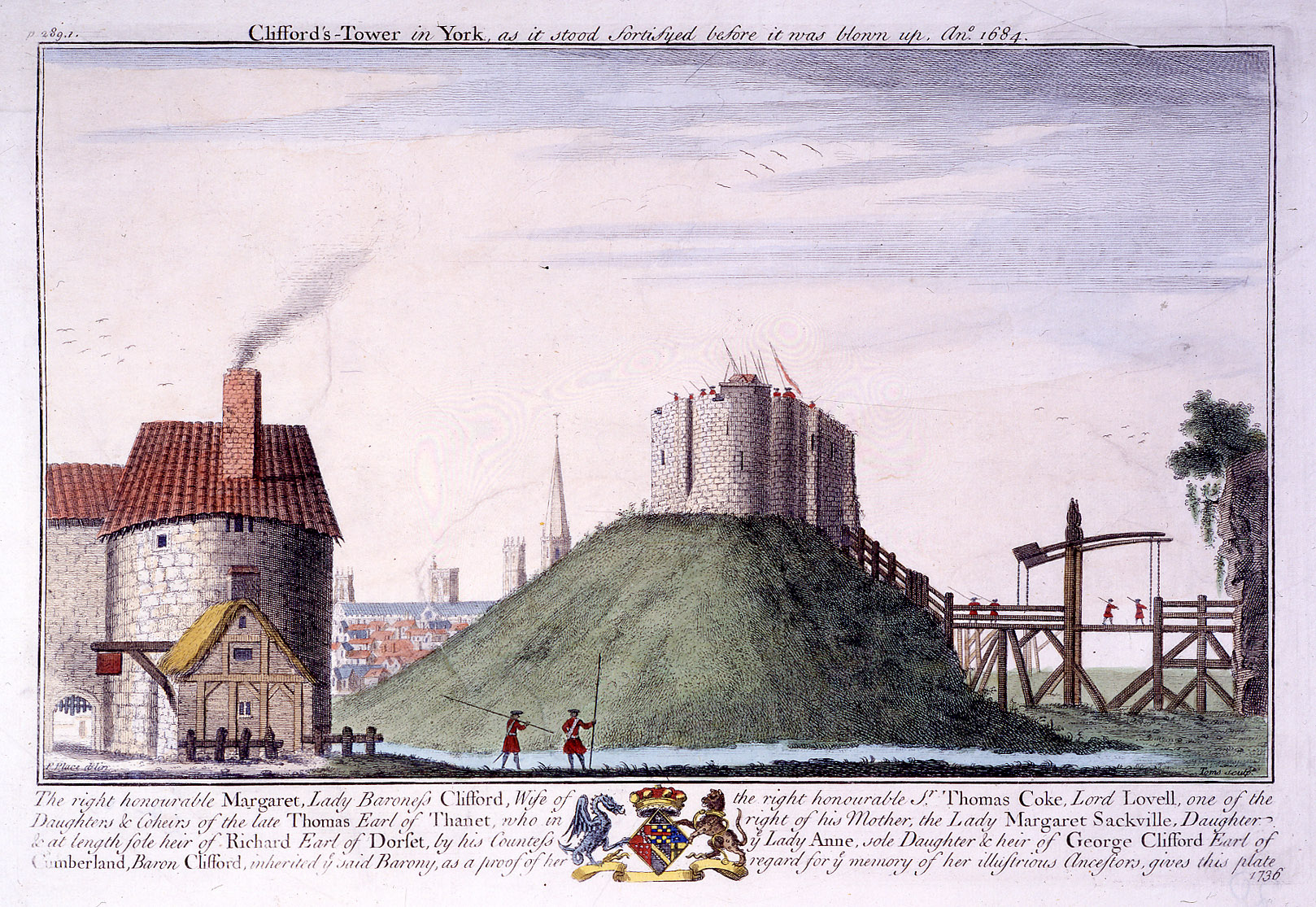 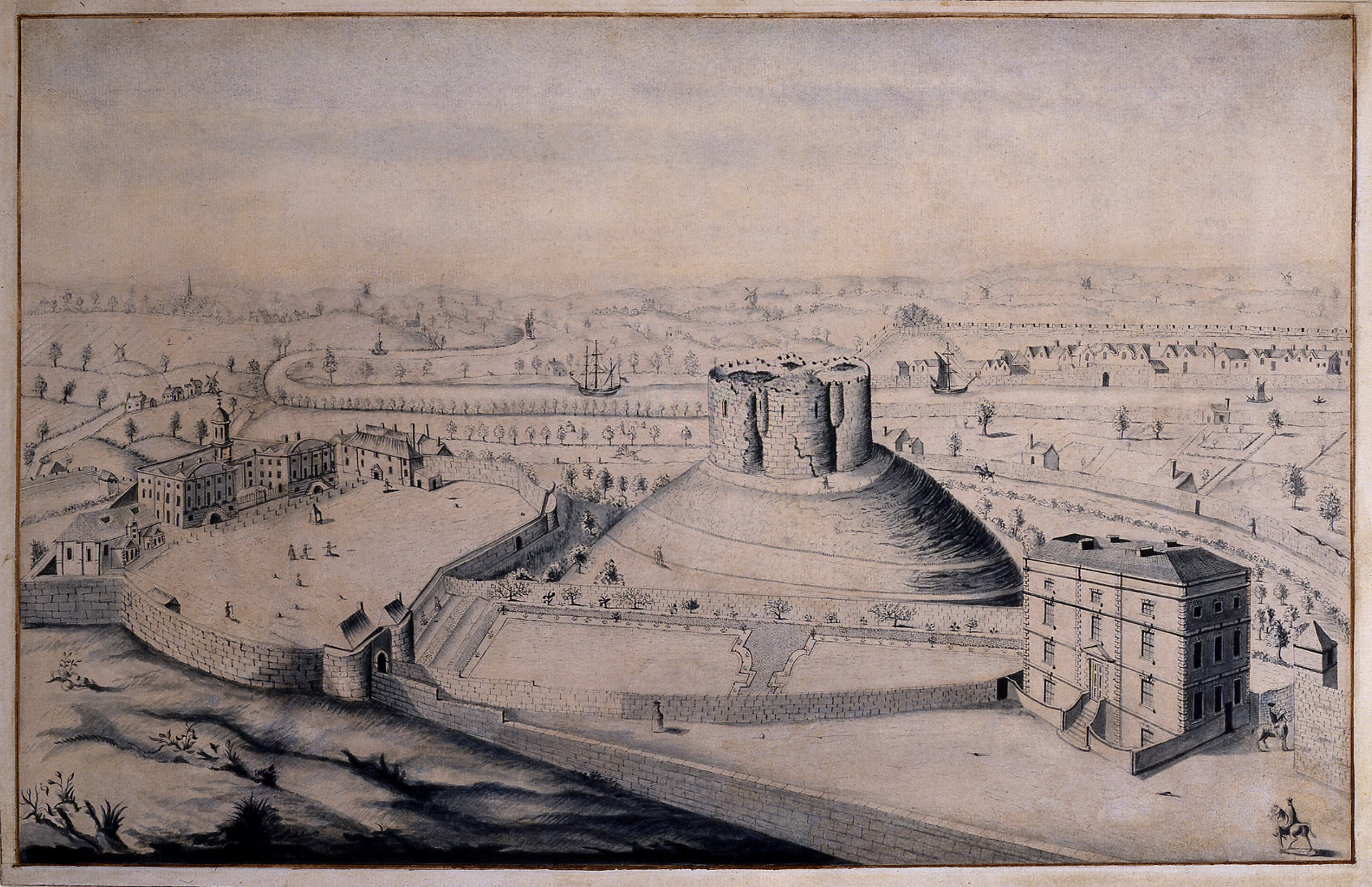 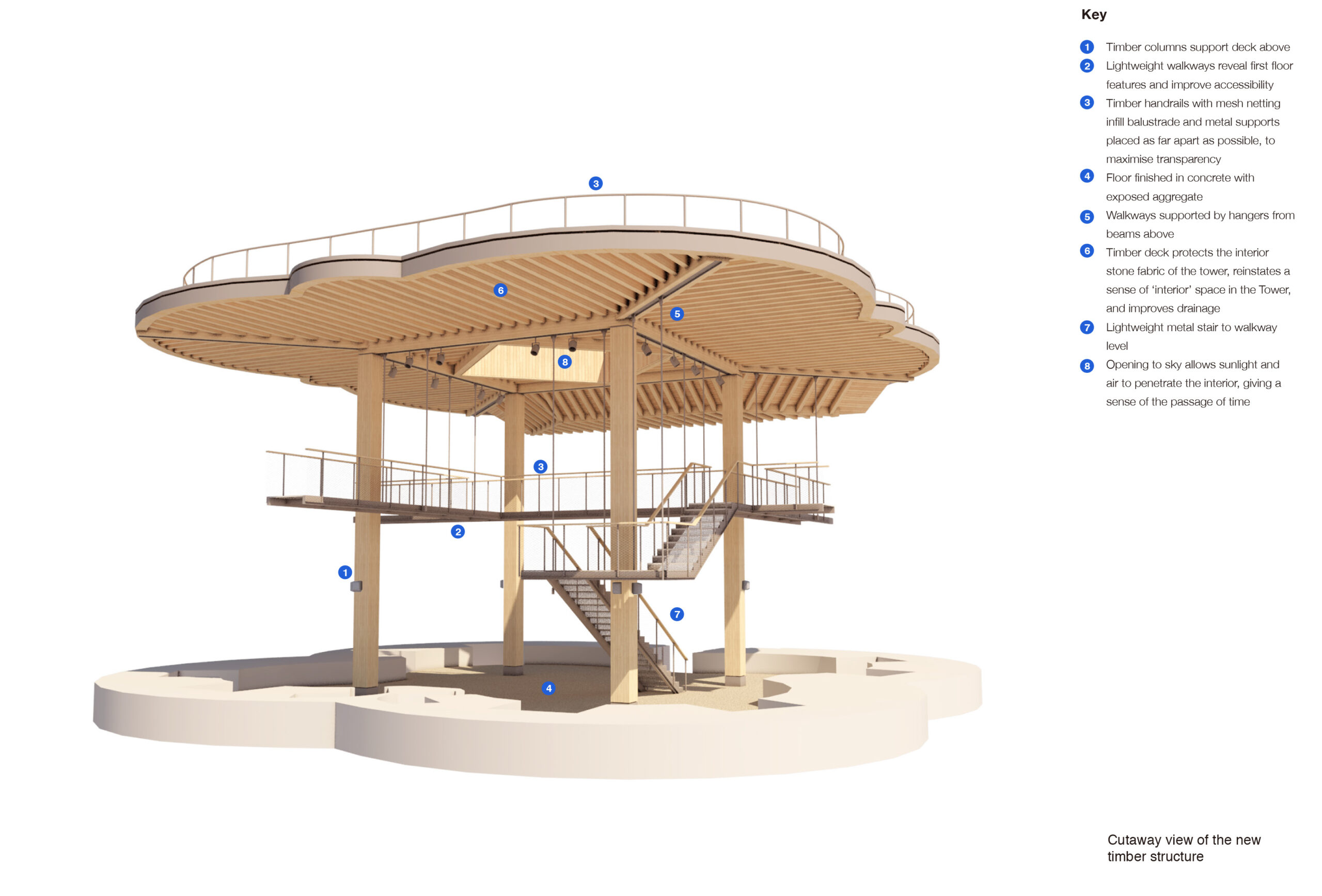 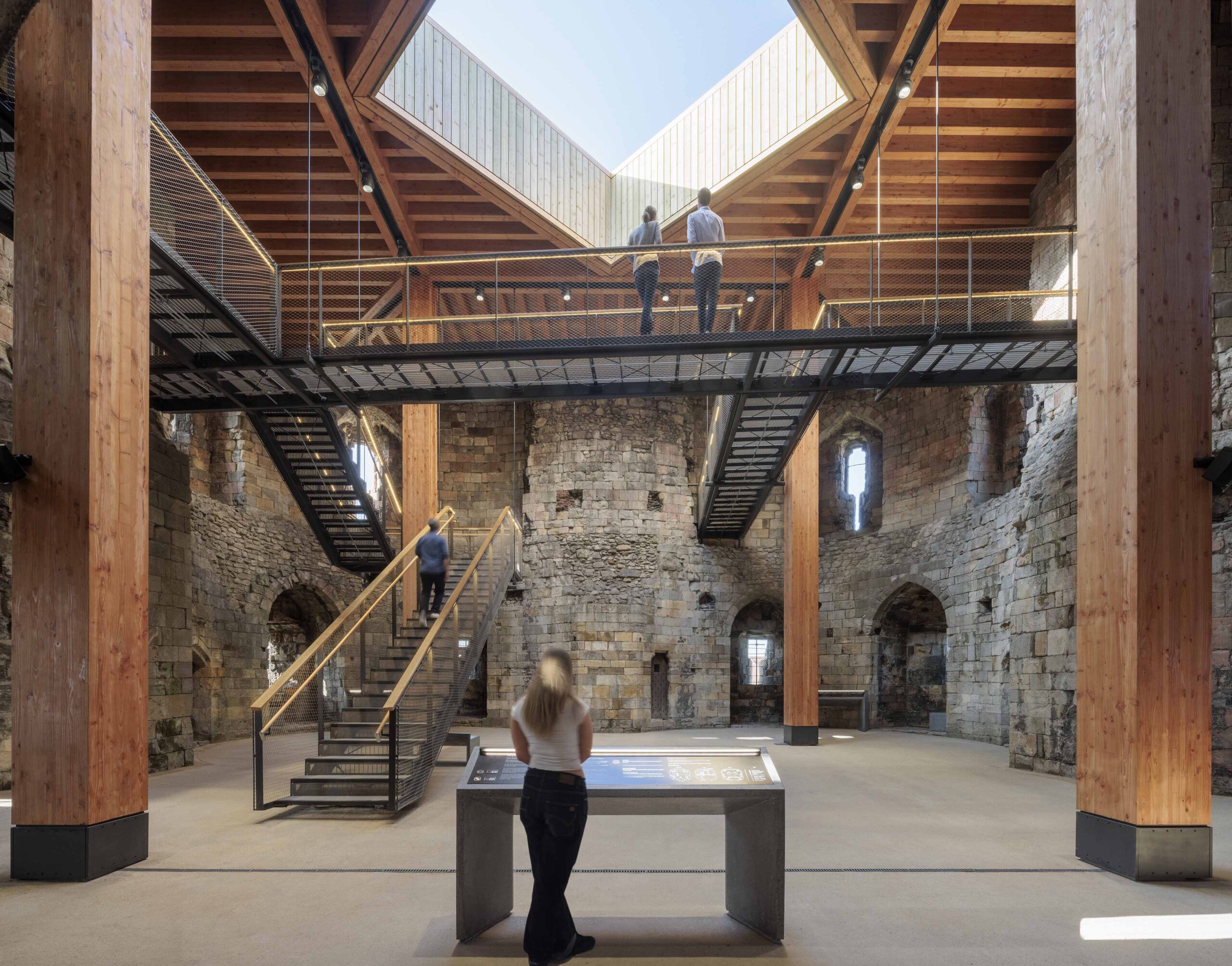 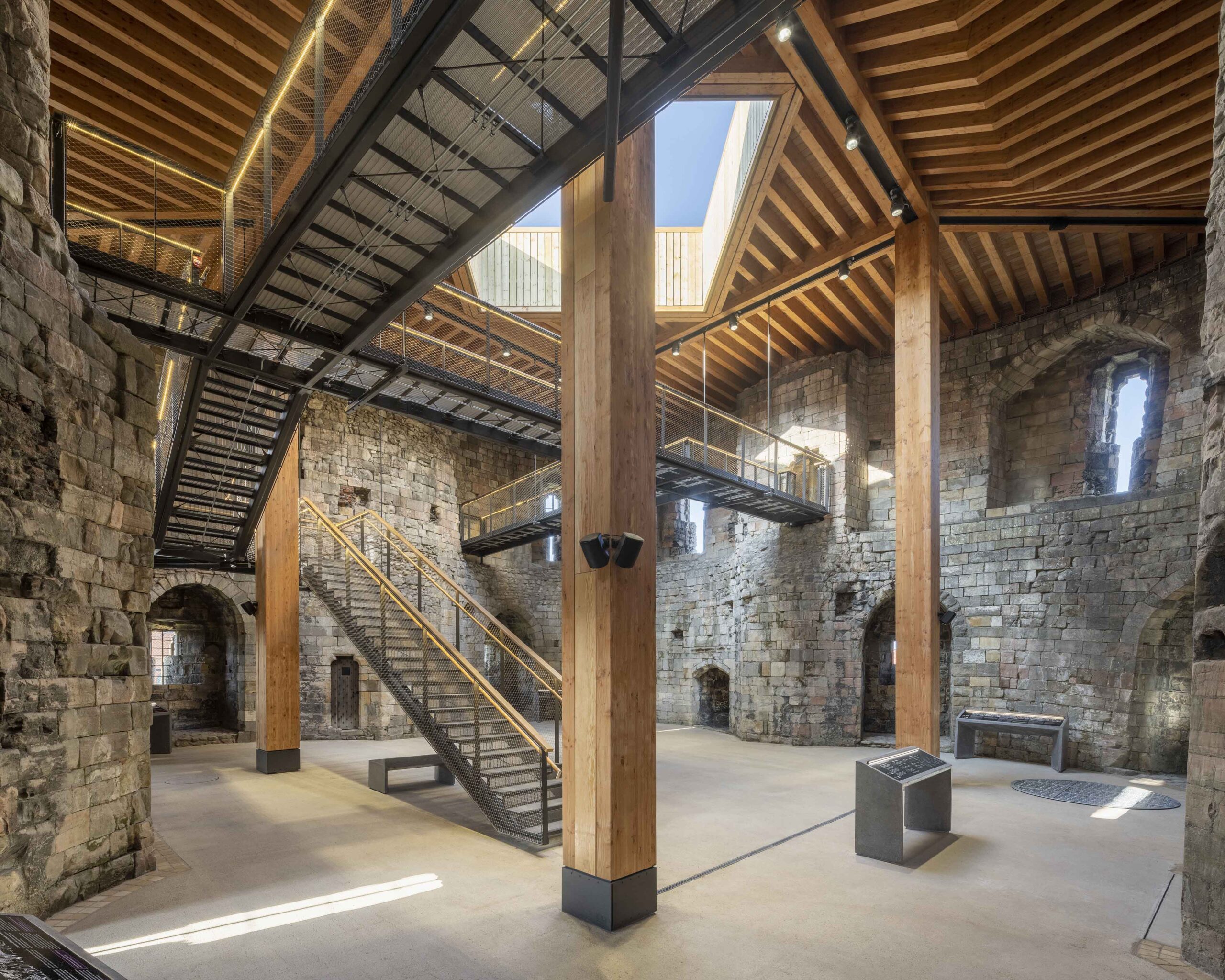 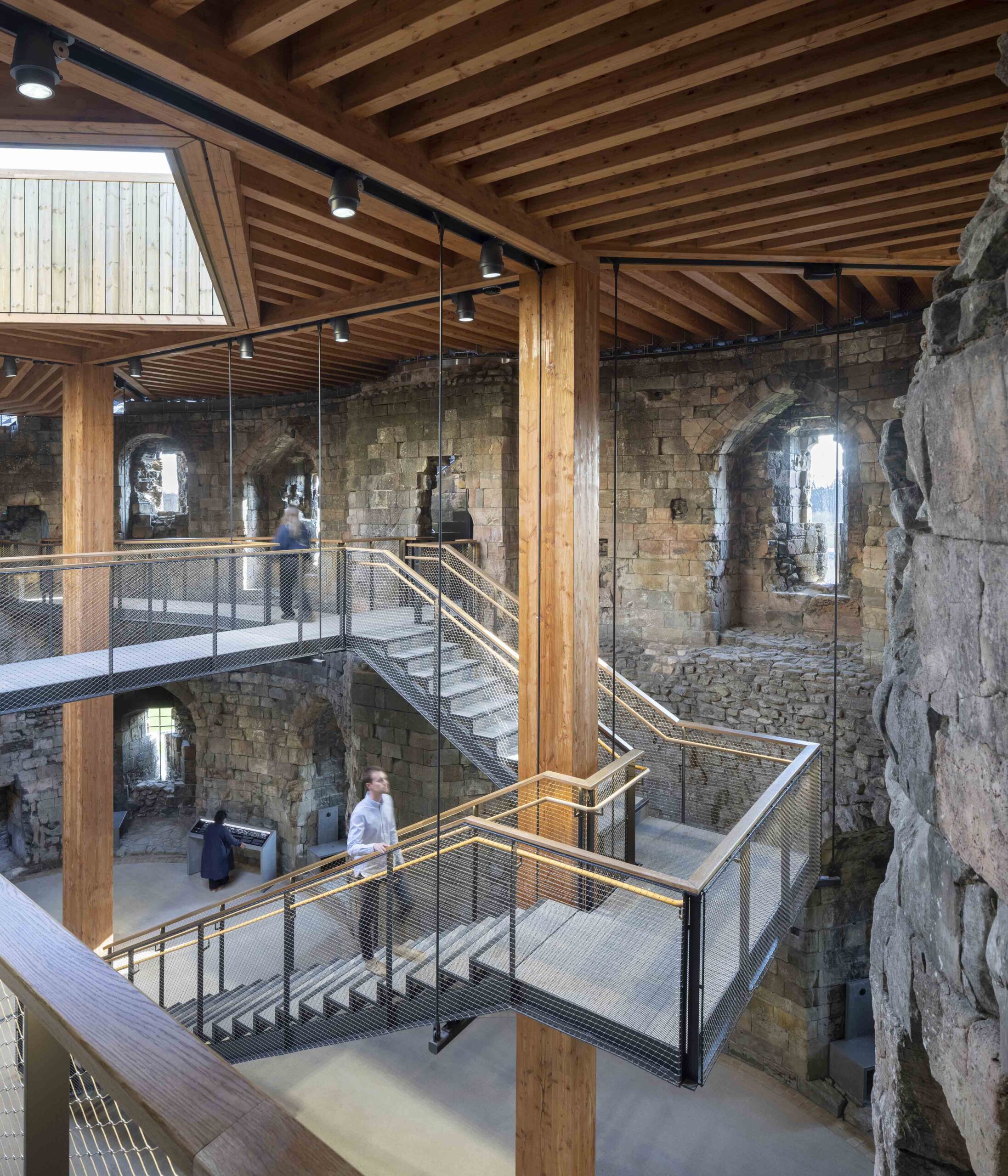 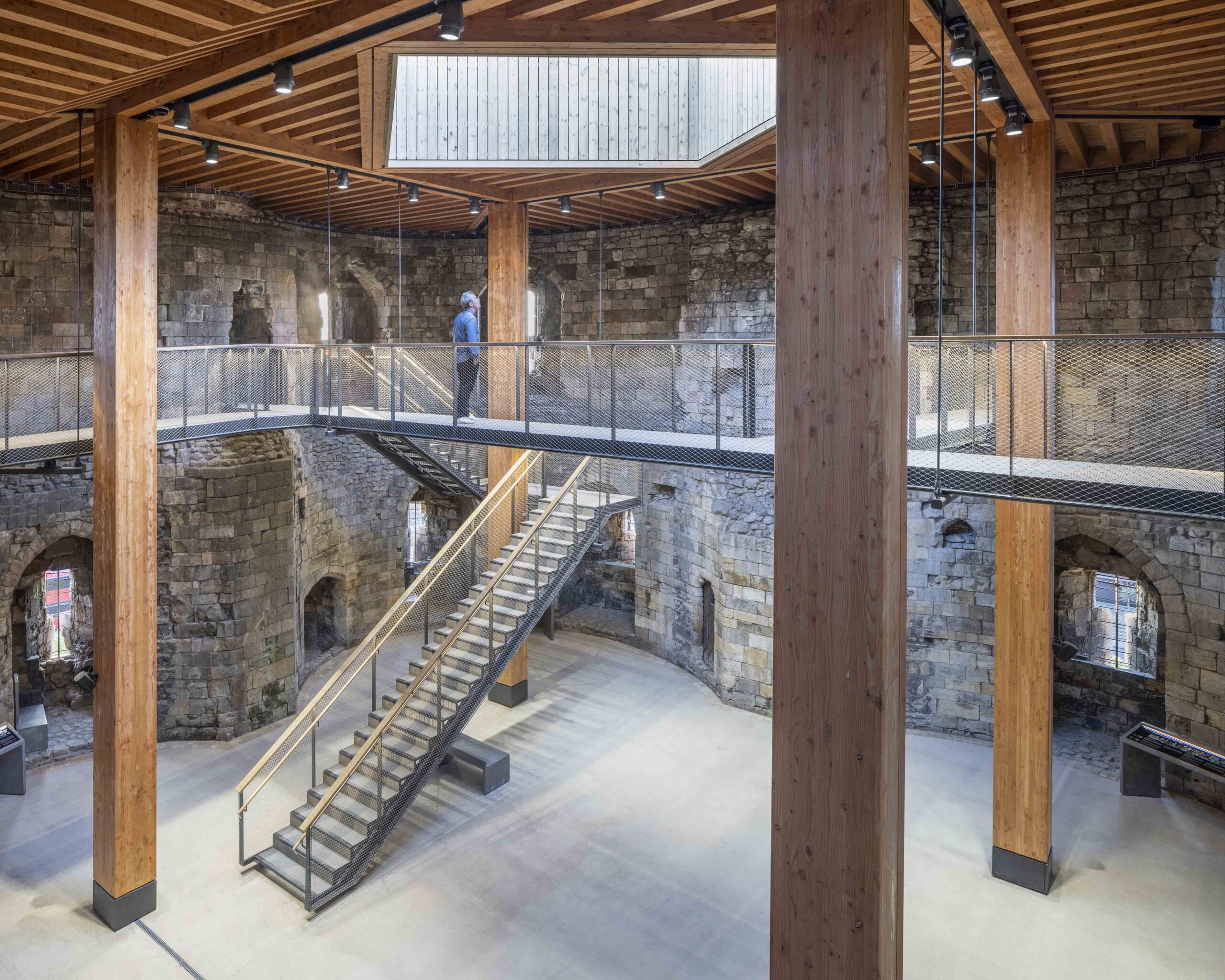 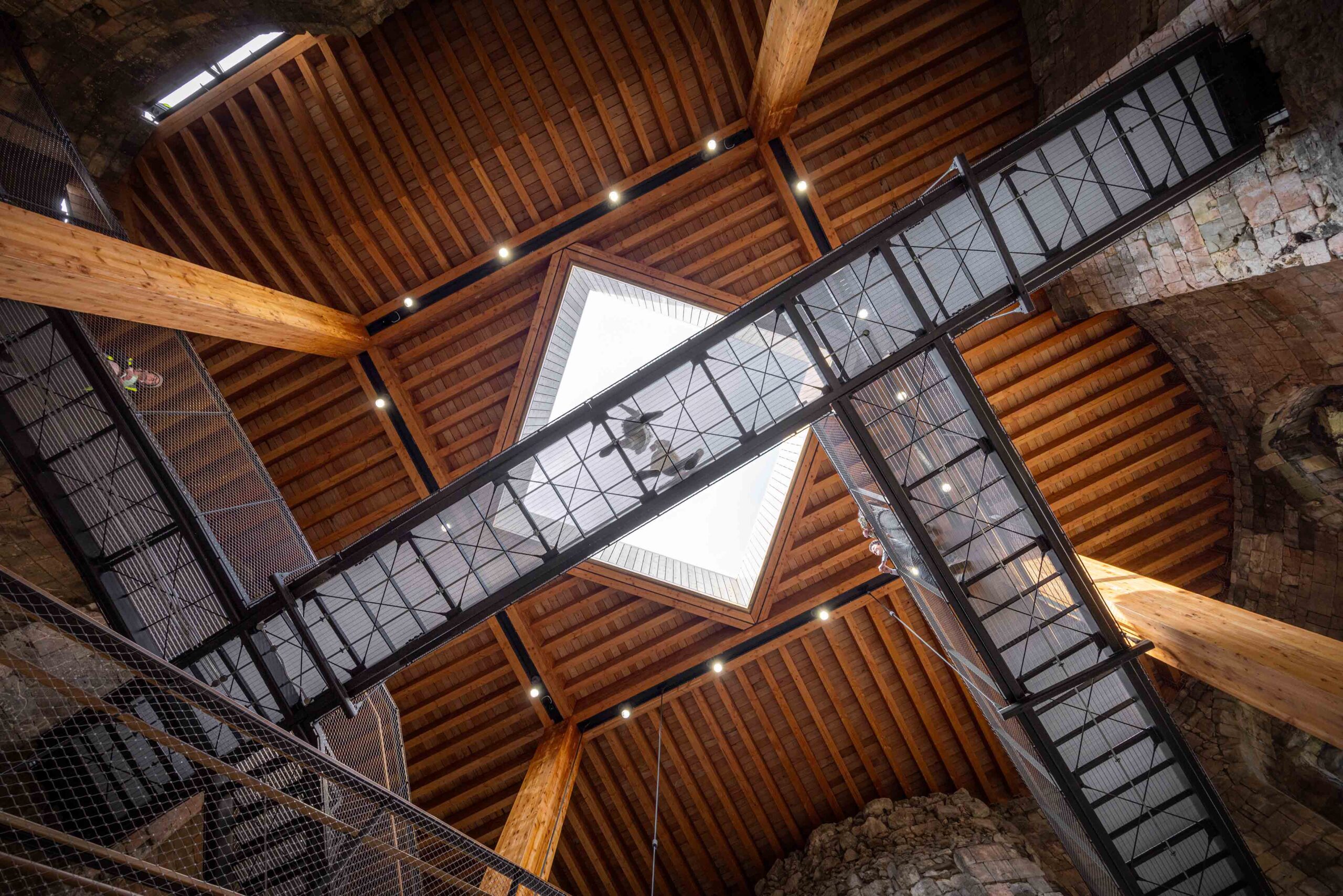 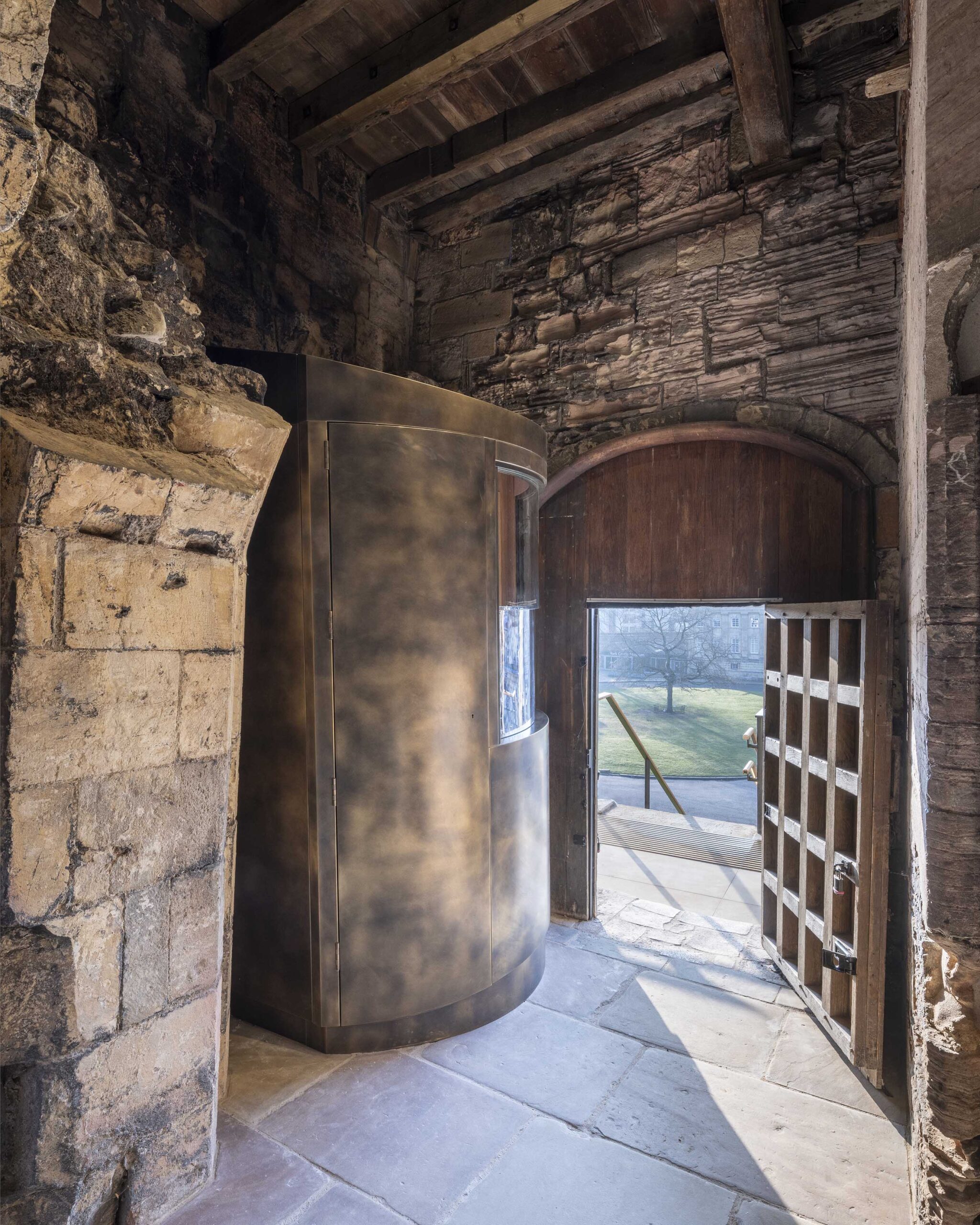 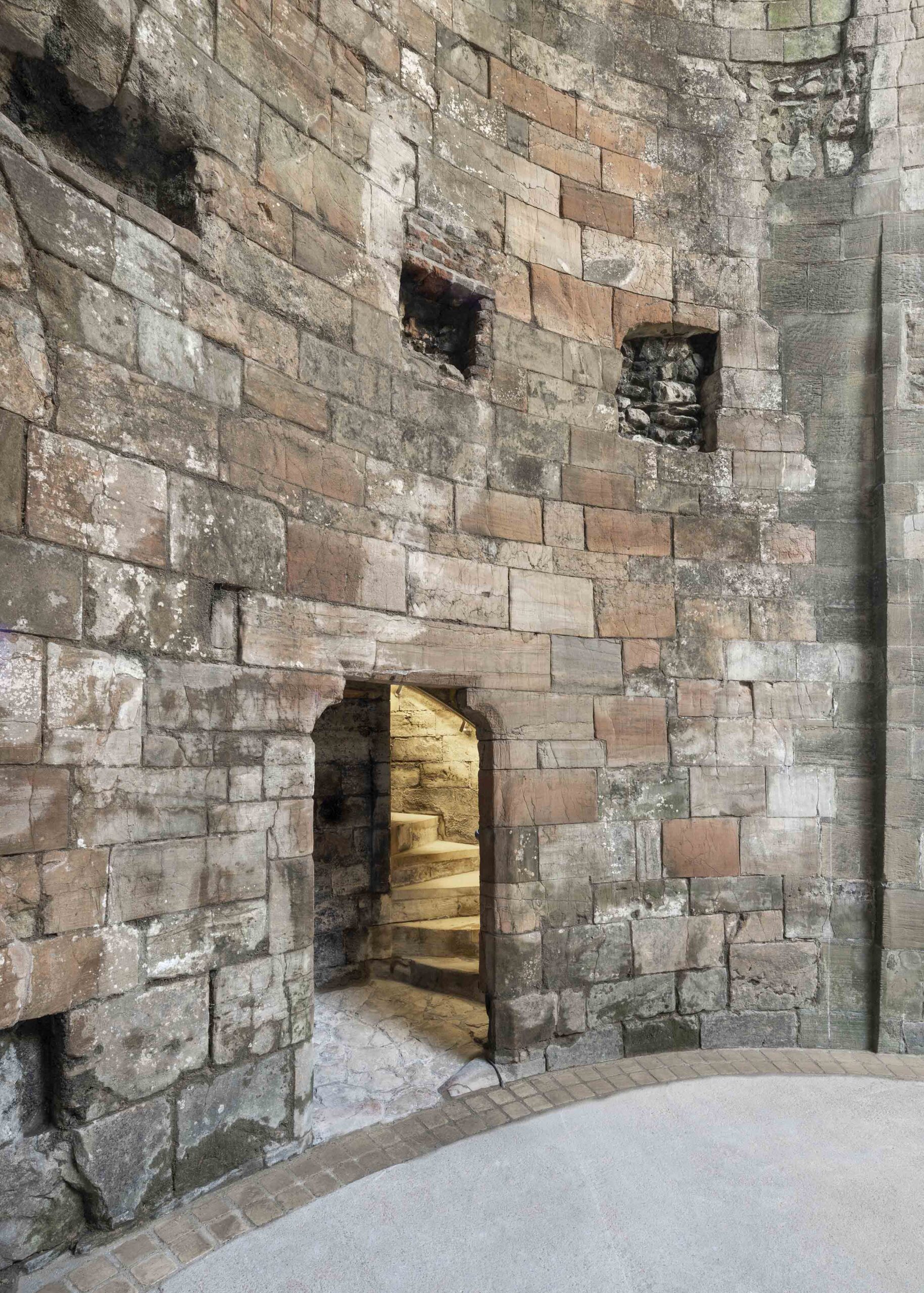 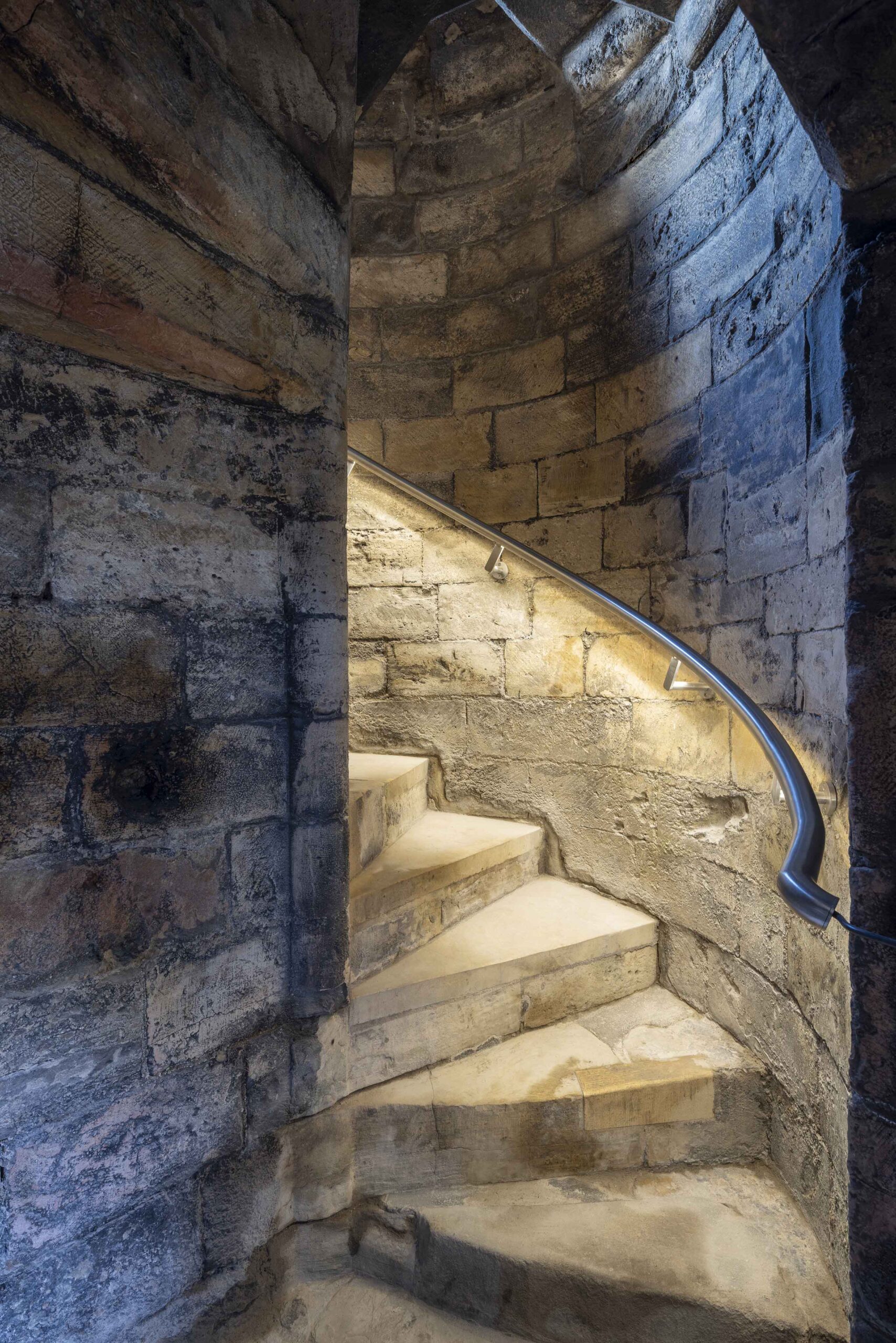 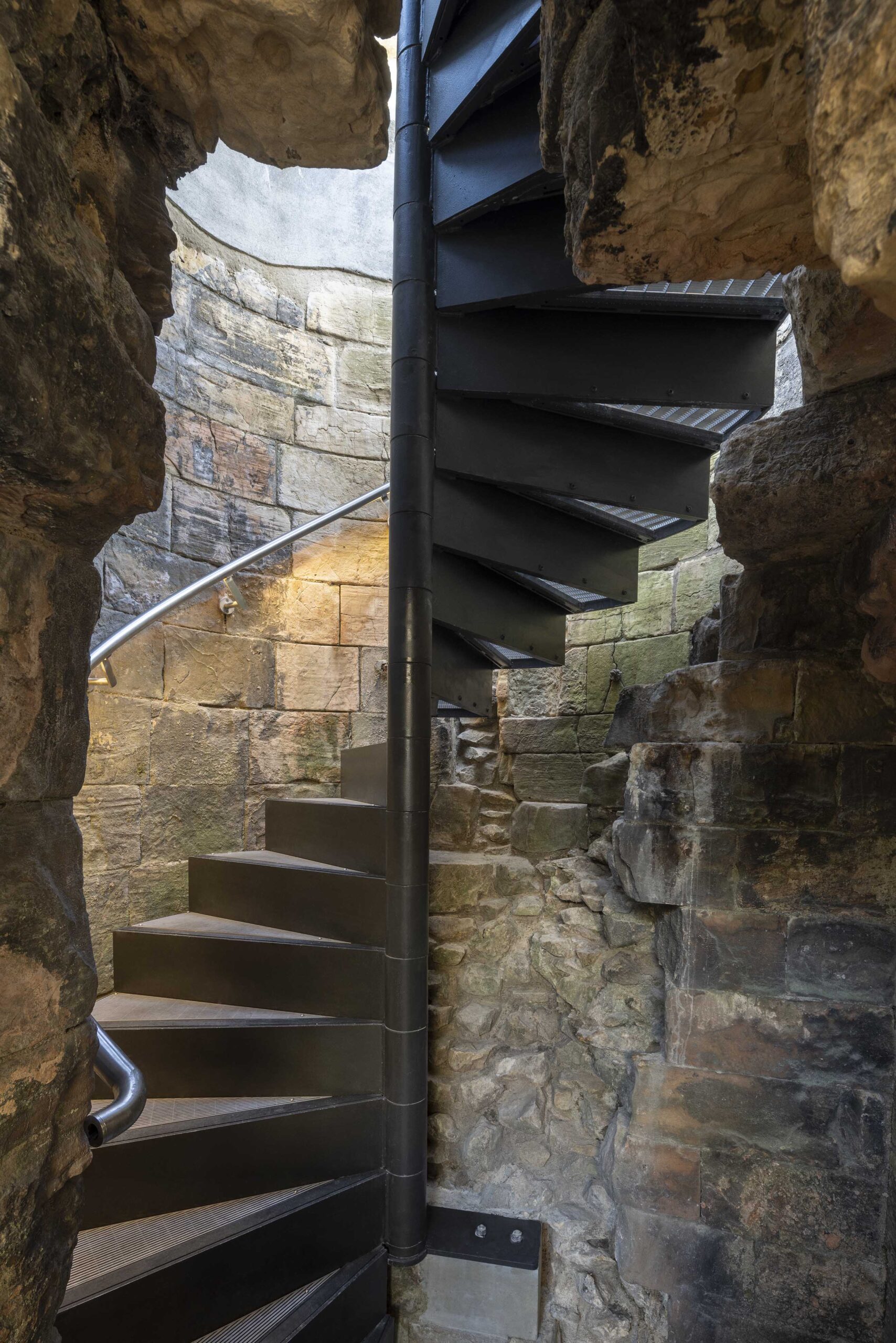 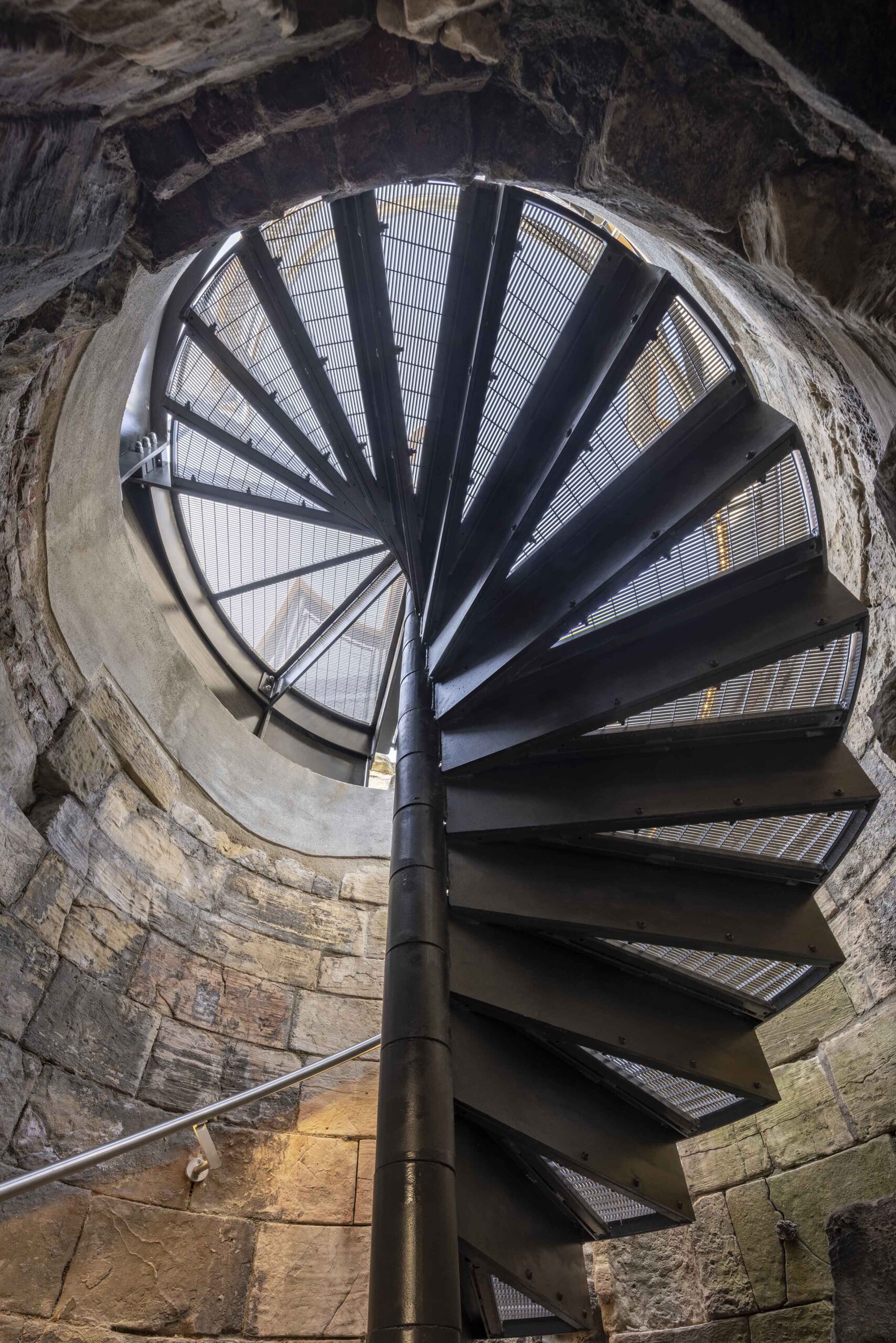 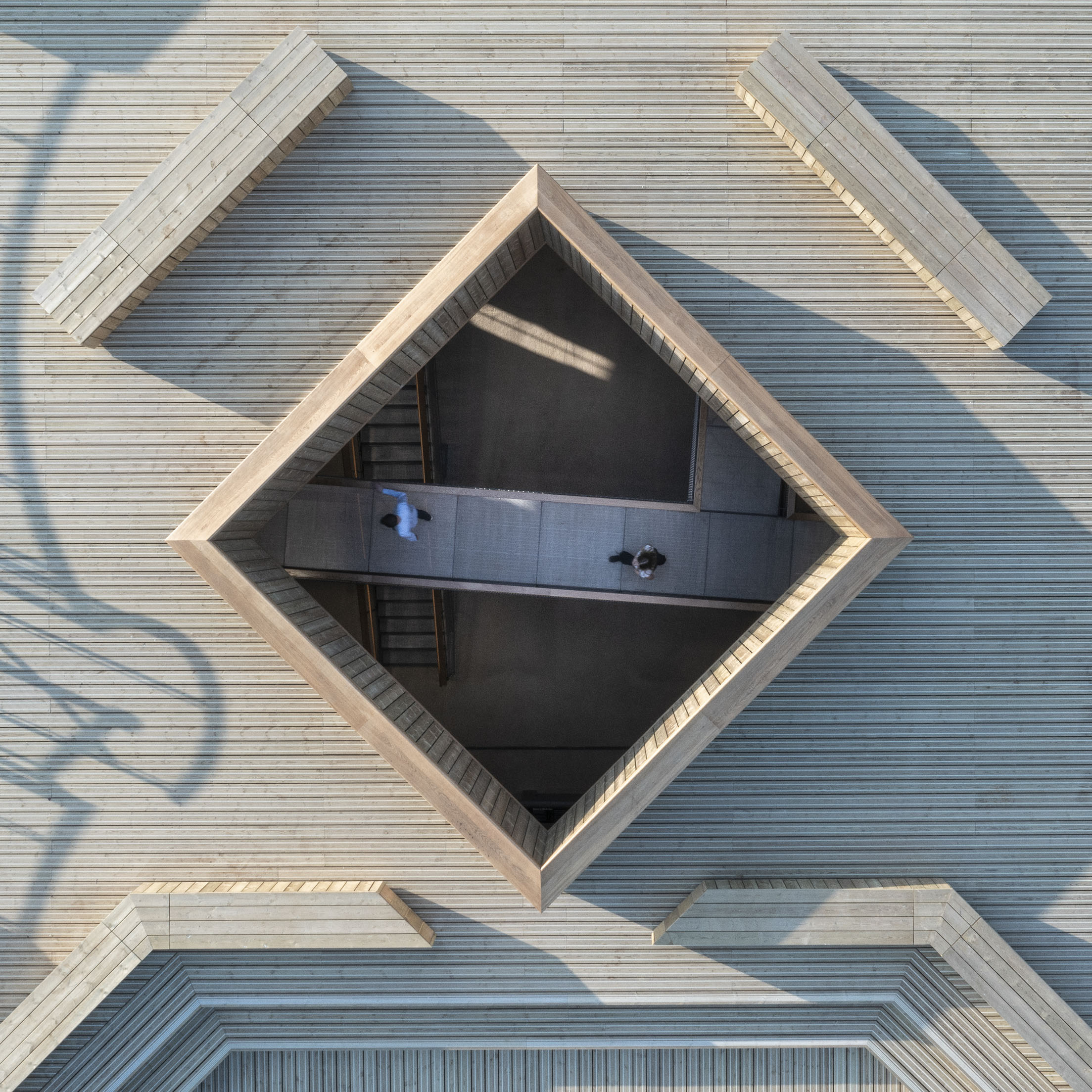 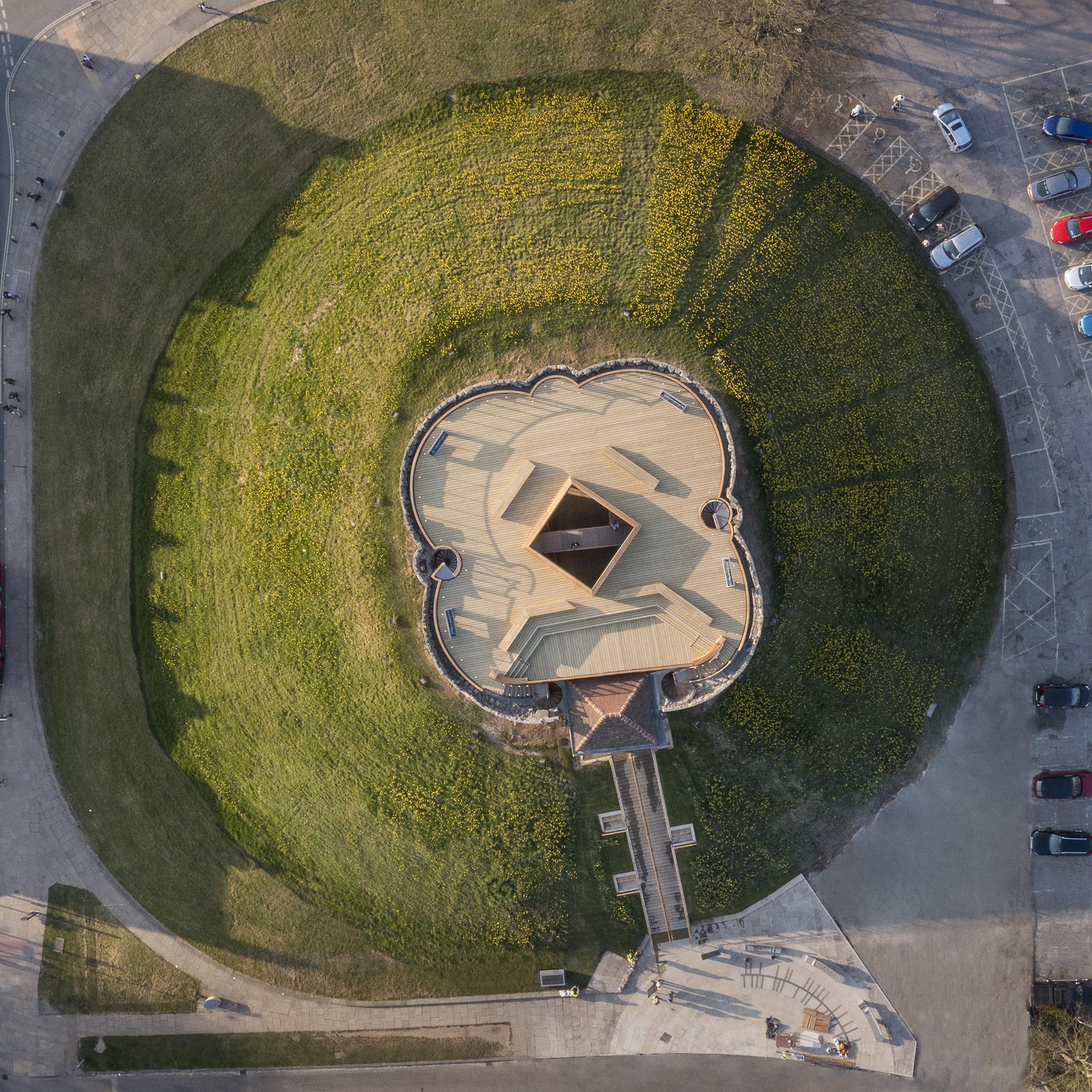 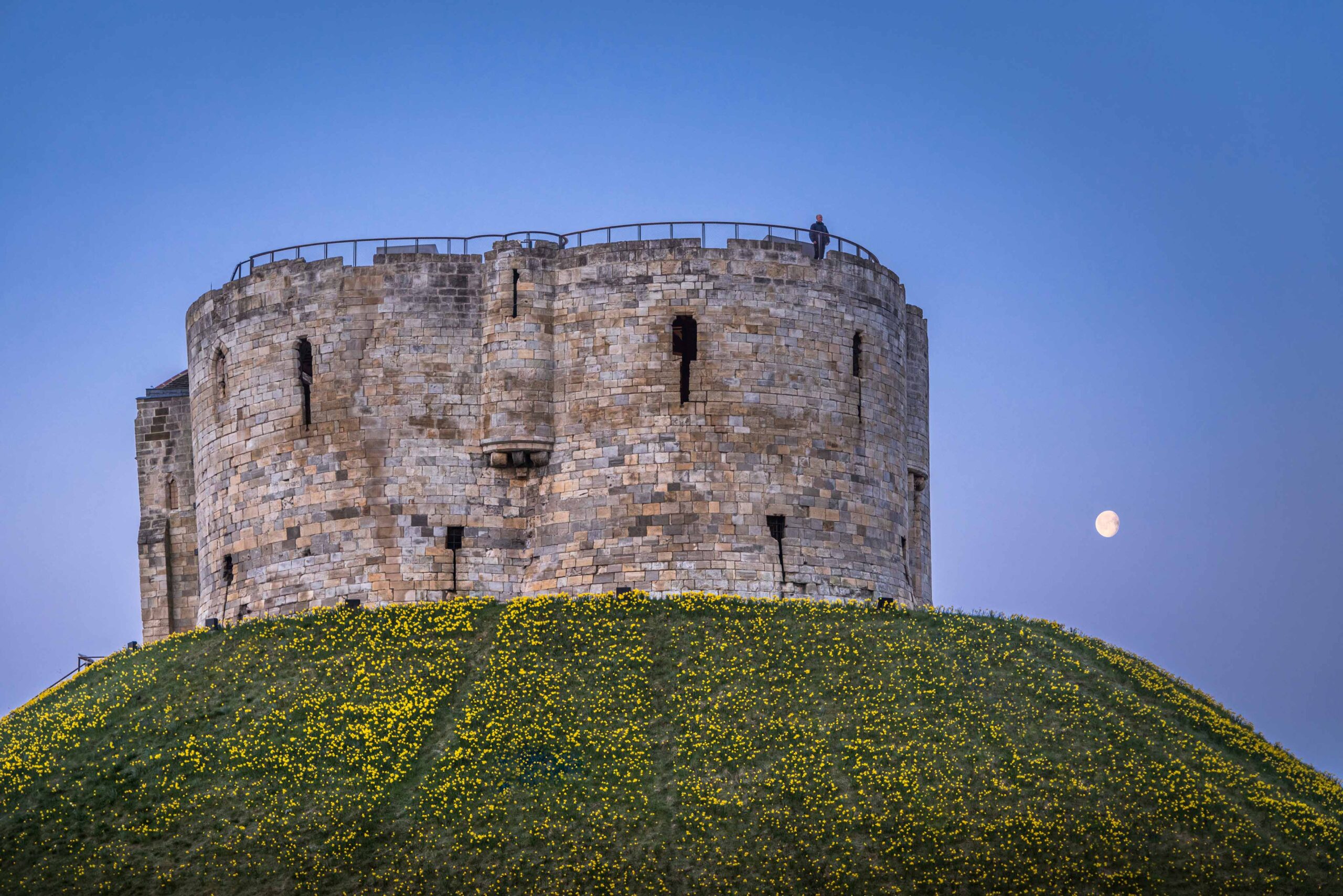 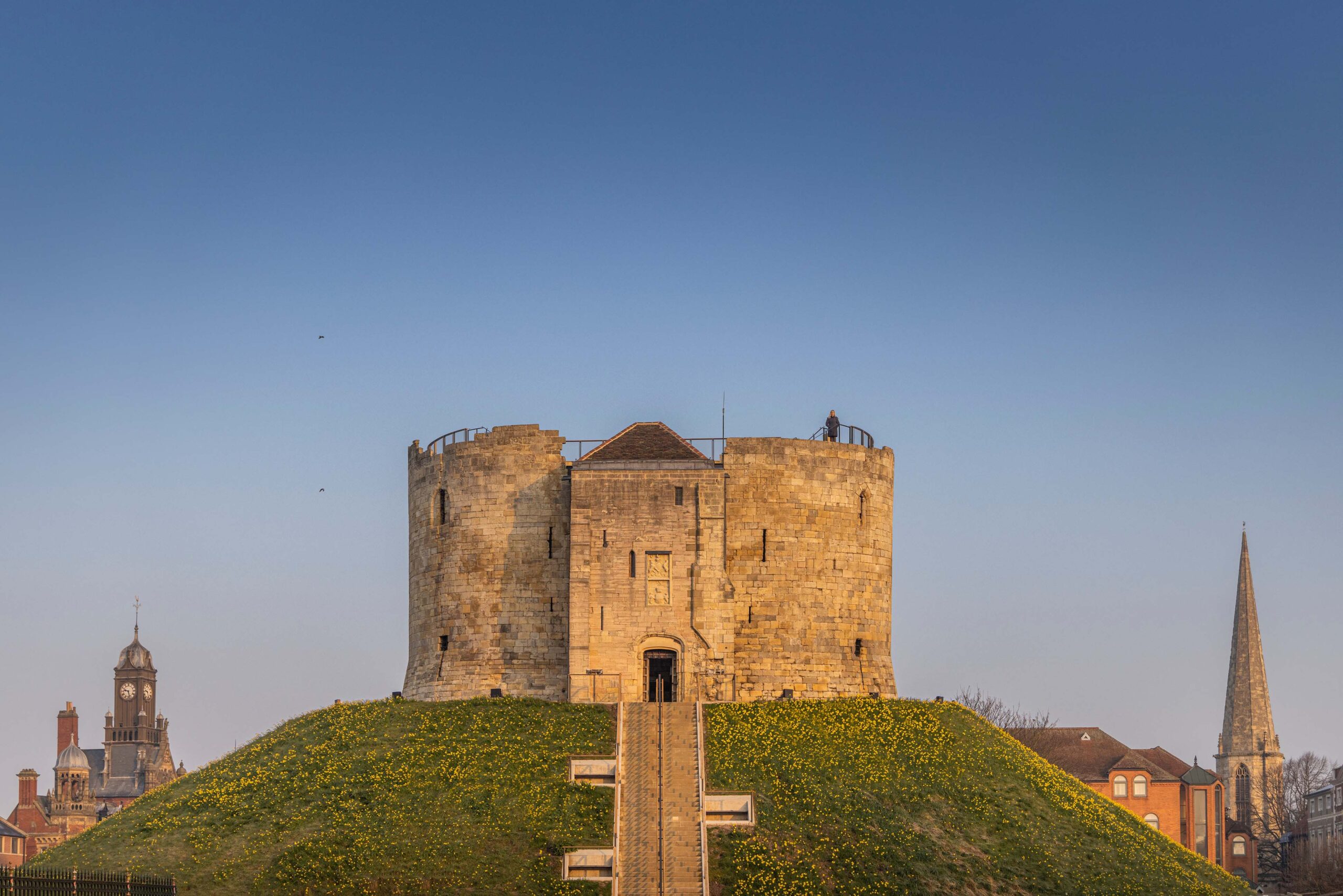 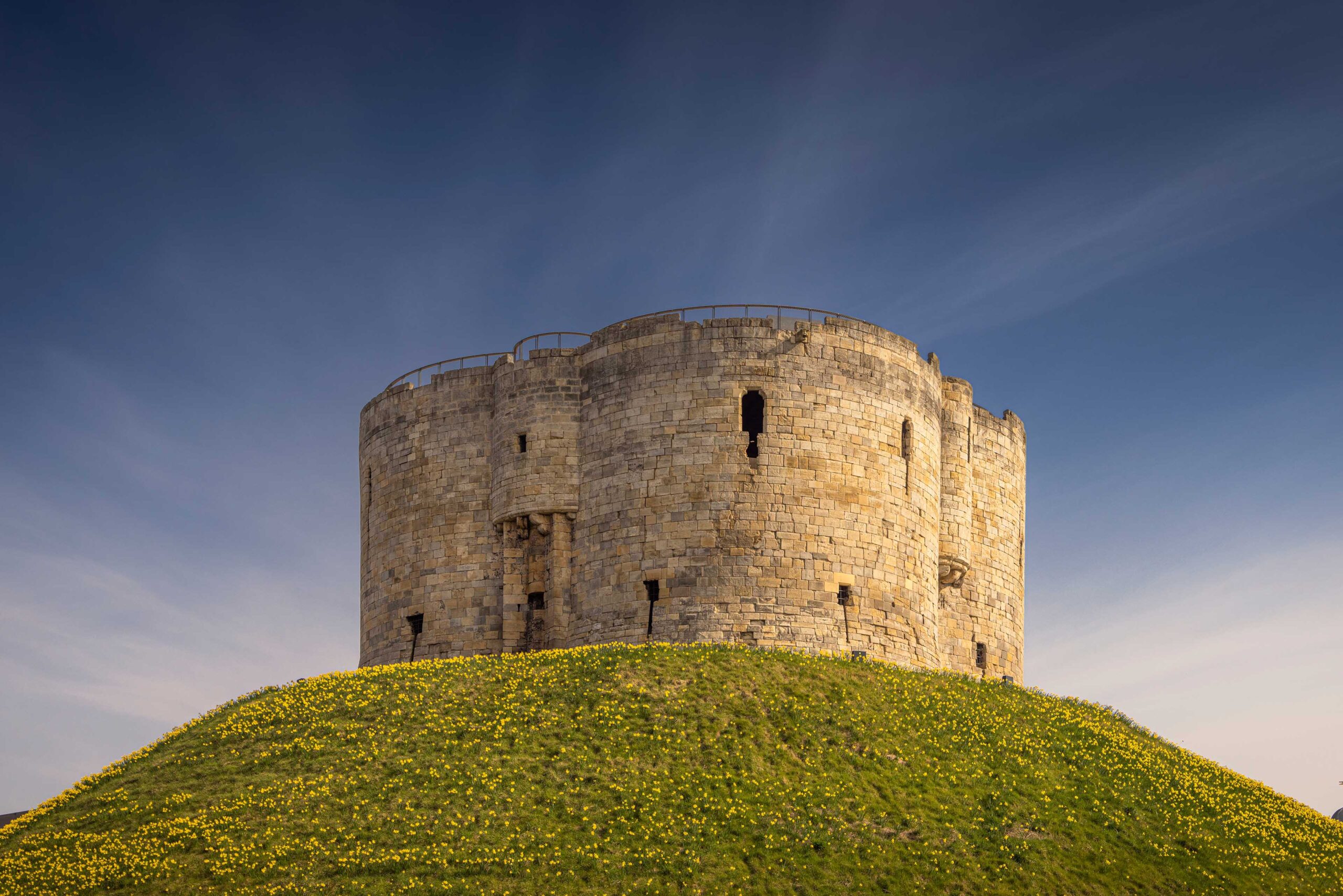 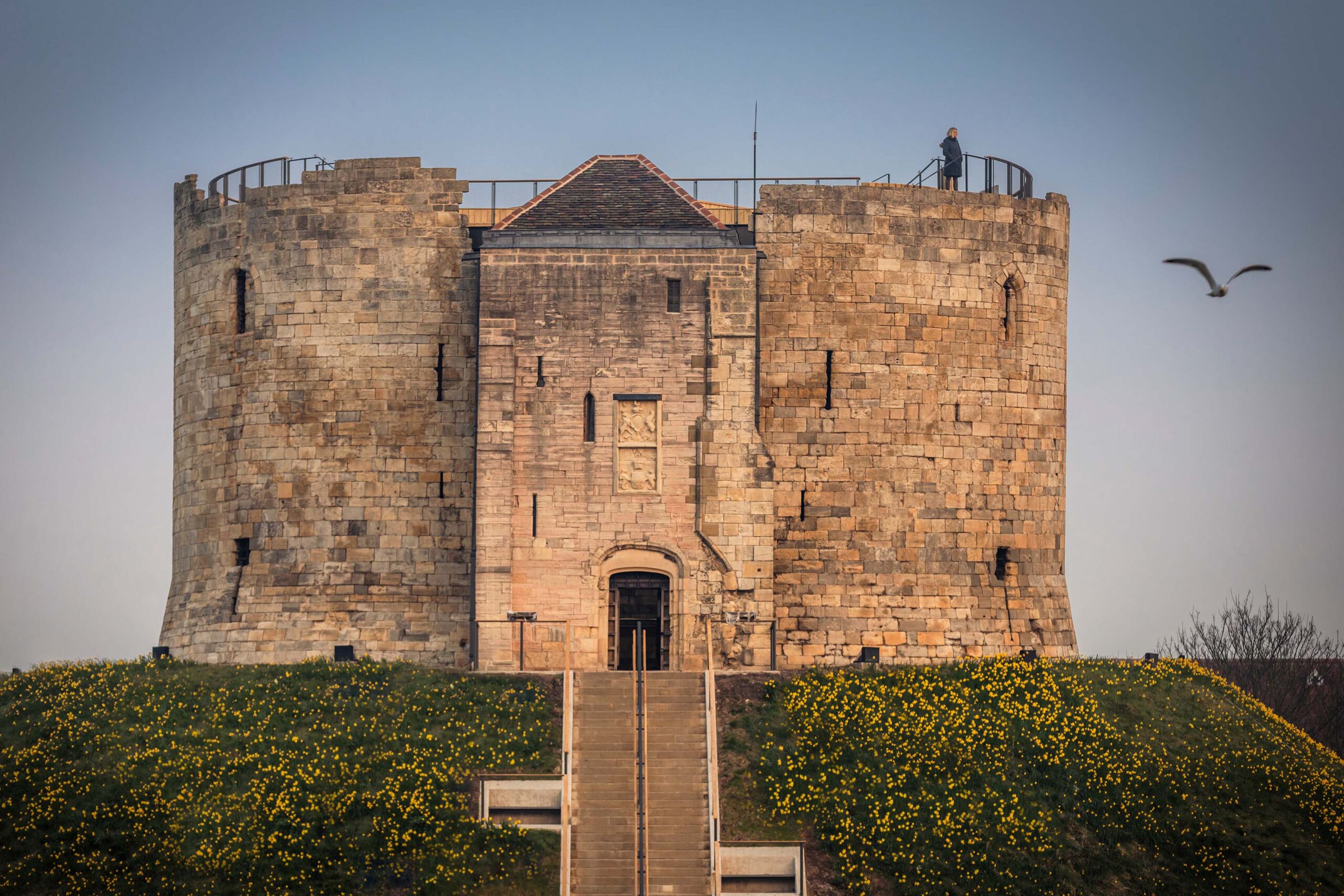 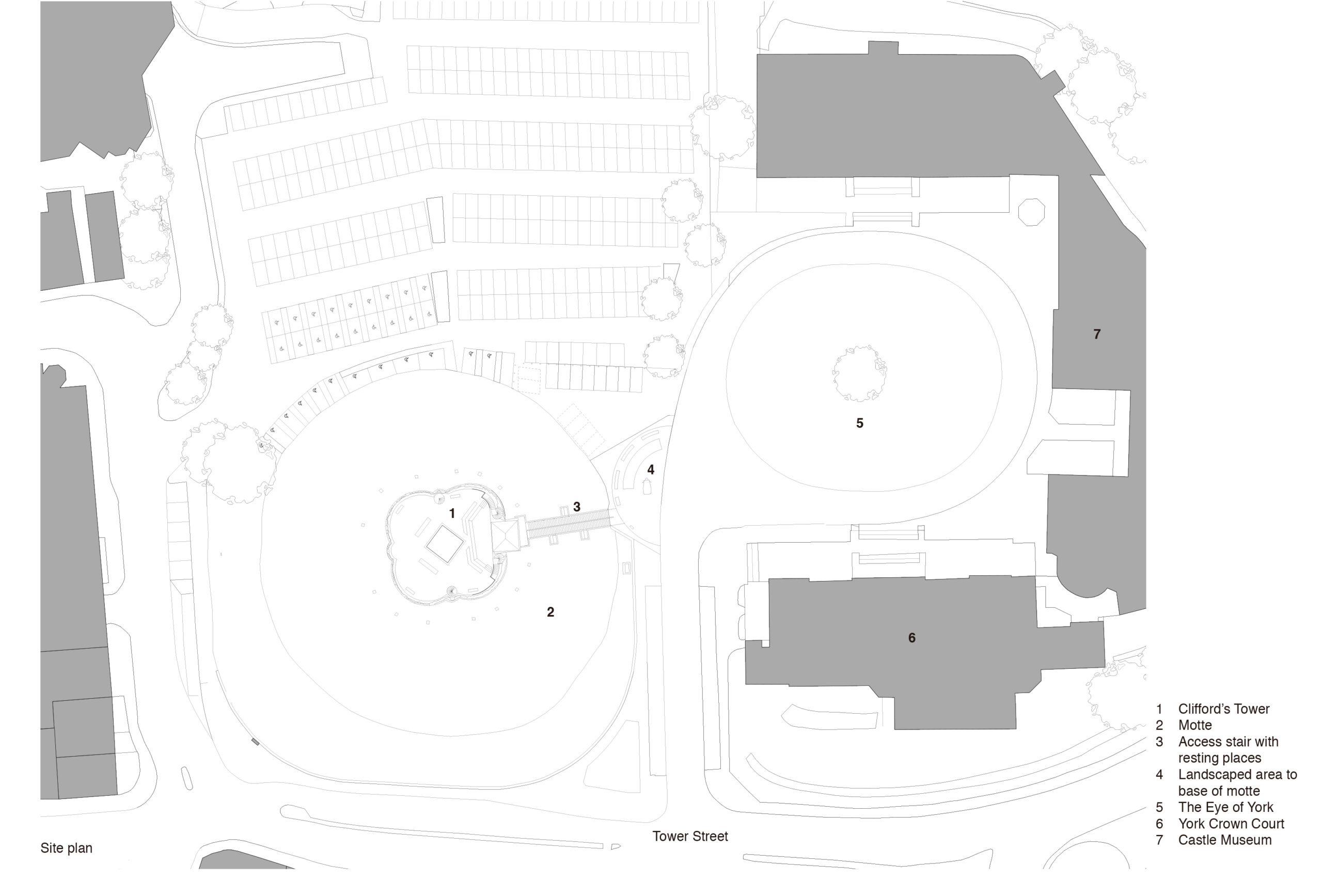 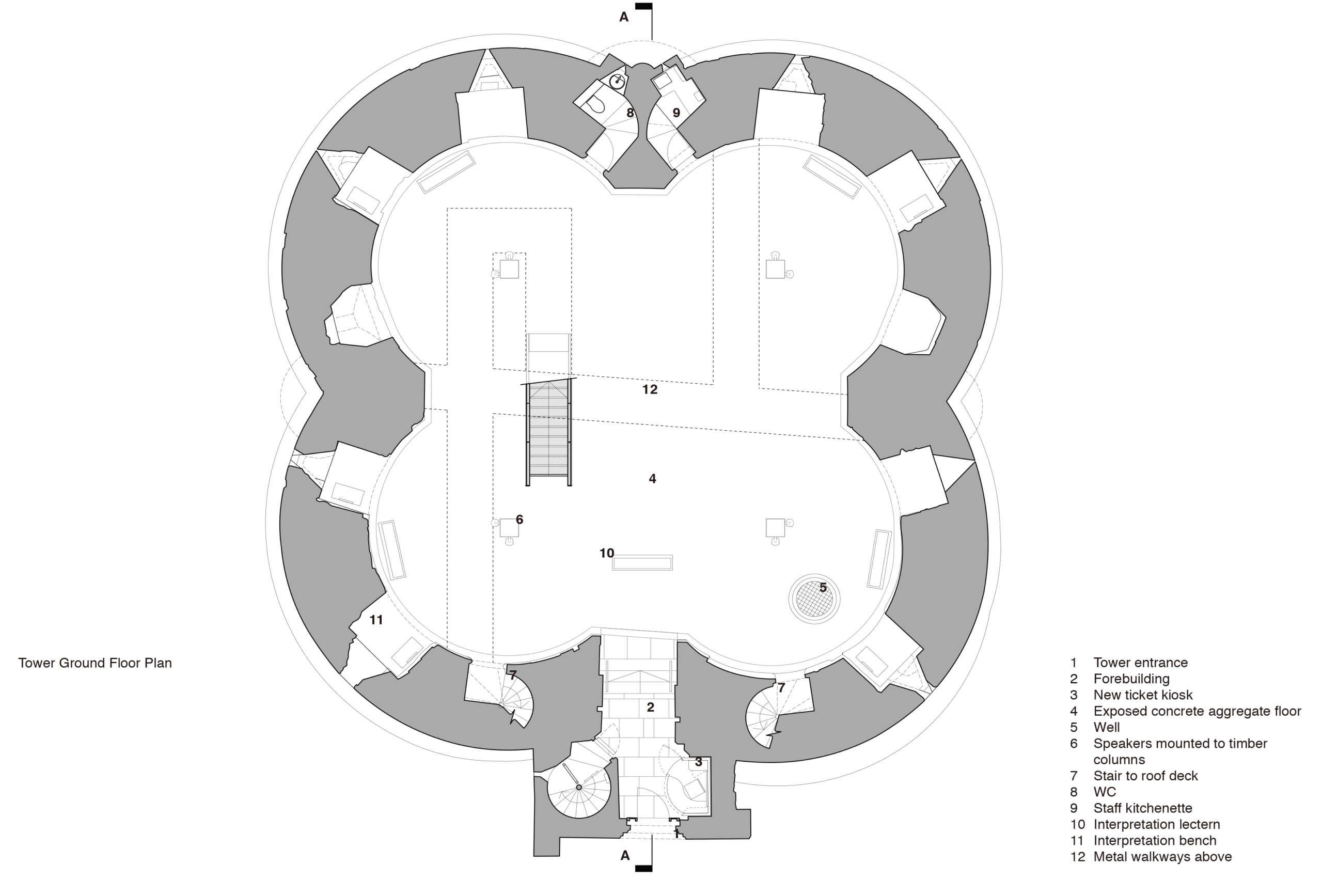 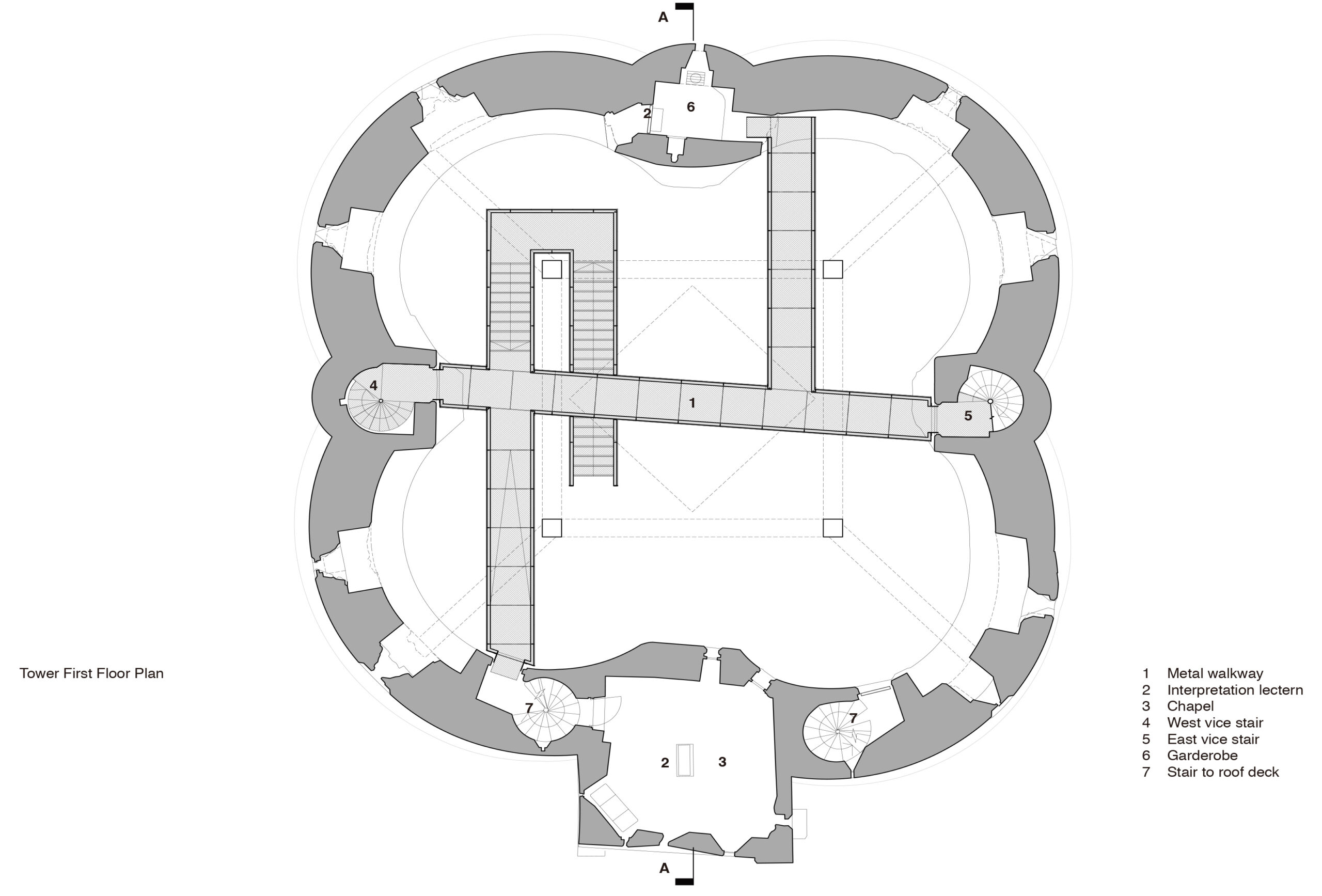 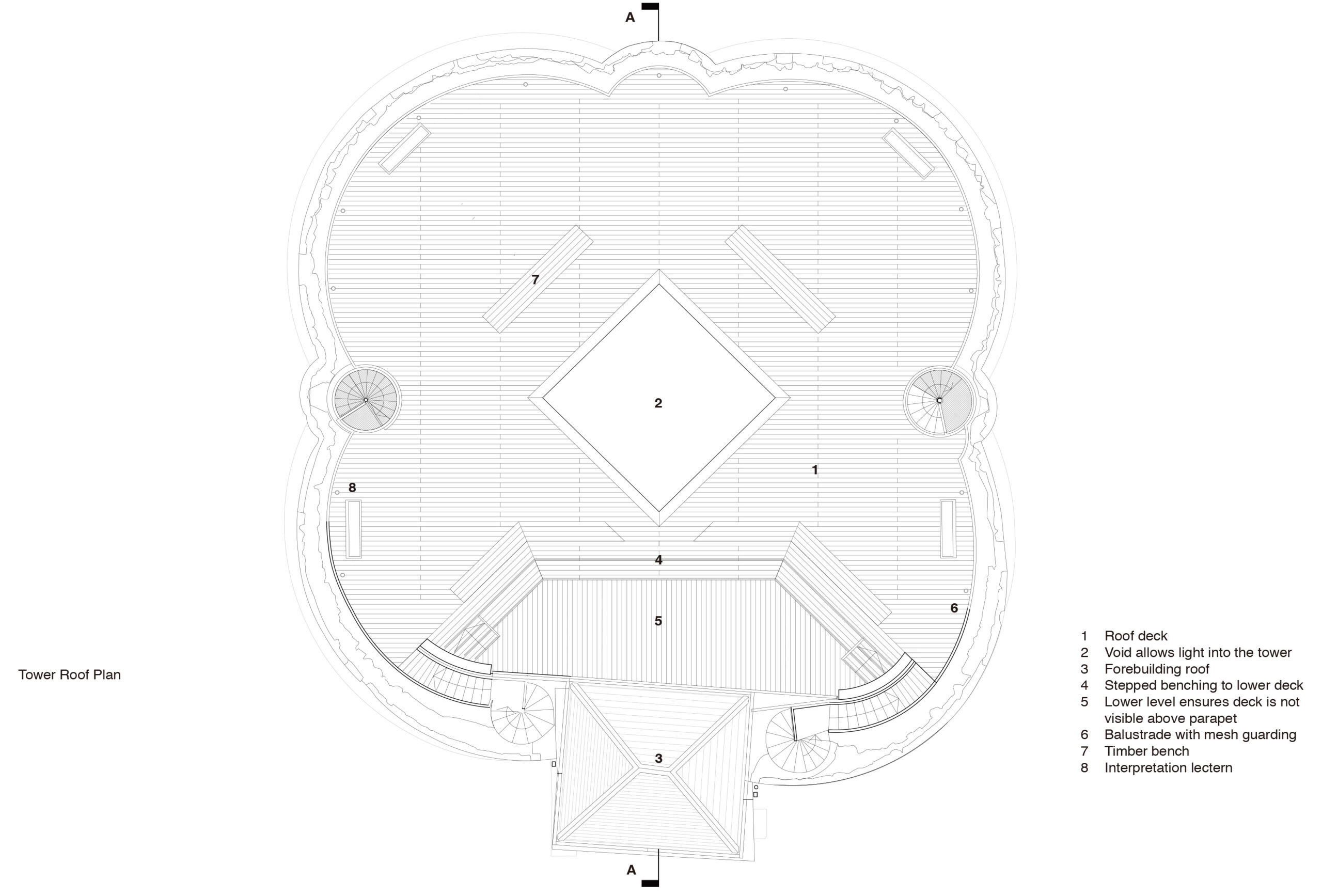 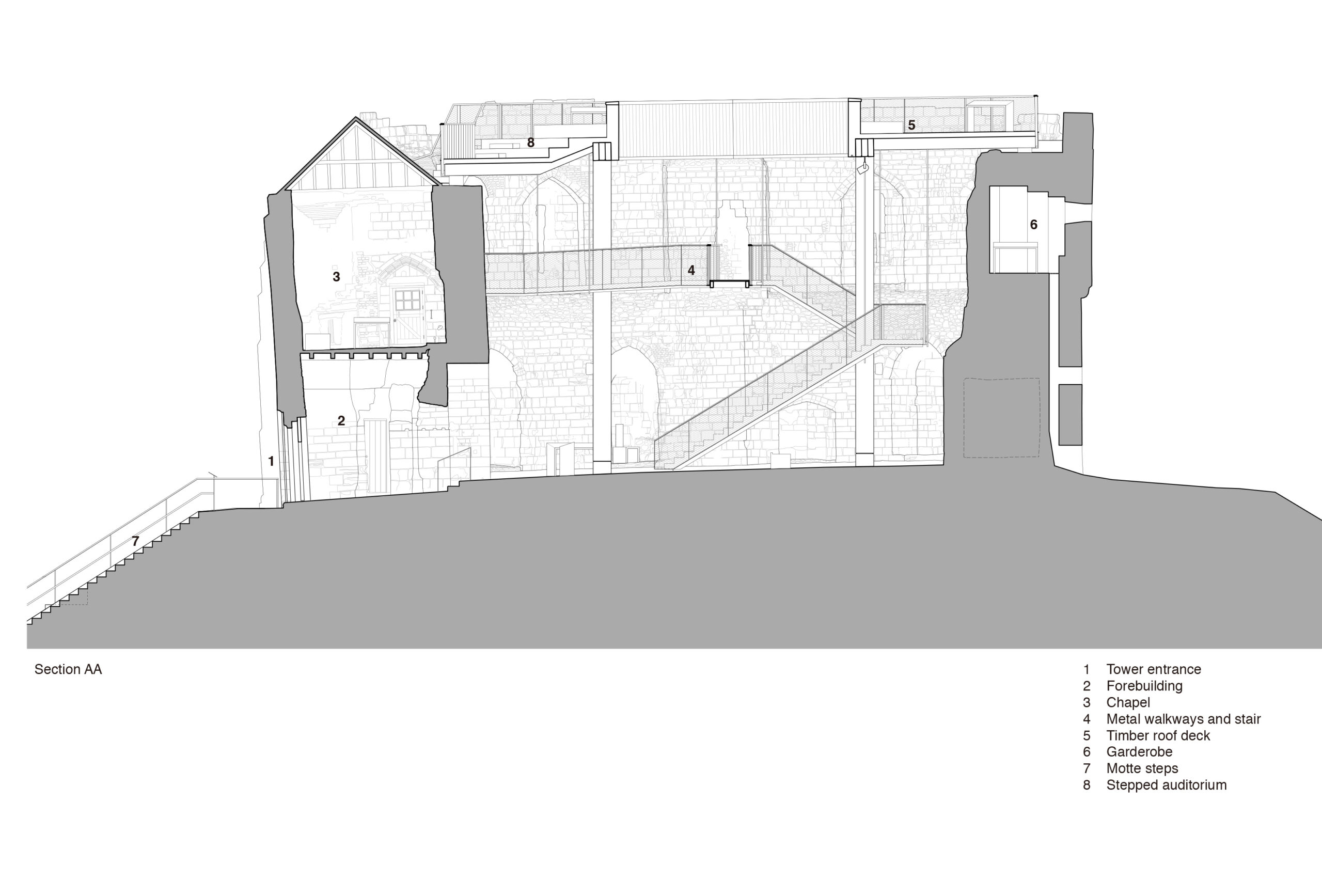 Clifford’s Tower crowns the earthwork mound raised by William the Conqueror in 1068. For centuries it was the keep and chief strongpoint of York Castle. At first, there was a timber tower here, where the most notorious event in the history of the castle took place in 1190, when the Jews of York, who had taken refuge in the tower, died in tragic circumstances. The stone tower was built soon afterwards and was used as a treasury and royal exchequer. In the 17th century a fire destroyed the interior of the tower and the building was reduced to a shell. The mound at Clifford’s Tower was later cut back and a large retaining wall was built around it. In 1935, the lower slopes of the mound were reconstructed.

In addition to conservation works to the historic fabric, the project has made a series of improvements to the tower, with a particular focus on creating an inspiring and sensitively- designed interpretation scheme within the tower. Developed through an extensive process of public consultation, the design scheme features a new timber deck which partially covers the ruin and is supported on four soaring timber columns.

The deck includes amphitheatre seating for group activity, with a series of lightweight walkways suspended from its structure which gives access to previously unseen first floor features and doubles the access to the roof level through restoration of two bartizan vices. The chapel has also been restored, with stonework cleaned, unsightly timber bracing removed, and the roof repaired and re-clad in clay tiles.

Access to the tower has been enhanced through improvements to the existing stair up the motte. Three resting places have been created, allowing people to pull off to the side of the stair, pause, and sit down. A newly enlarged public area at the base of the motte incorporates interpretation, accommodates an English Heritage-branded Piaggio tuk-tuk (auto rickshaw) for the sale of tickets and guidebooks, and offers a ground level place to engage with visitors, including those unable to ascend to the tower.

The project has been commissioned by a female-led team at English Heritage, headed by Andrea Selley, Rachael Baldwin and Ruth Haycock, and delivered by a female led-design team, with the project leads including Imogen Softley Pierce from Hugh Broughton Architects, Francesca Basso from Martin Ashley Architects, Faye Newham from Ramboll, Sue Preston from Preston Barber, Angela Drinkall from Drinkall Dean and Kirsten Heckmueller from RNJ.

“It has been a special privilege to work with English Heritage on such a significant project for the City of York, and we are thrilled that the Tower can now enjoy the next chapter in

its rich and varied life. The entire project team has worked so collaboratively and so hard

to deliver a project of excellence. The existing fabric has been carefully conserved, and enhanced interpretation introduces visitors to the many stories associated with the tower and the wider castle precincts. The timber deck and suspended walkways improve access, introduce visitors to previously unseen historic fabric, allow more time for people to enjoy the spectacular views of York and complement the special character of Clifford’s Tower.”

Hugh Broughton Architects was formed in 1996 and has a reputation for producing carefully crafted contemporary architecture in sensitive settings.

The practice is well known for its work in the heritage sector. Recent award-winning projects include the conservation of the Painted Hall for the Old Royal Naval College in Greenwich (2019) and a purpose-built gallery for the Portland Collection on the Welbeck Estate, Nottinghamshire (2016). The practice is also a global authority on the design of research stations in extreme locations following the launch of the internationally acclaimed Halley

VI Antarctic Research Station for the British Antarctic Survey (2013), an extraordinary commission which has led to numerous other international polar projects.

The practice is currently preparing designs for the Discovery Building at Rothera Research Station for British Antarctic Survey; Scott Base Redevelopment for Antarctica New Zealand; Project Pegasus for the Honourable Society of the Inner Temple in London; and the redevelopment of the Grade 2* Listed Sheerness Dockyard Church into a business incubator hub.

English Heritage cares for over 400 historic buildings, monuments and sites – from world- famous prehistoric sites to grand medieval castles, from Roman forts on the edge of the empire to a Cold War bunker. Through these, we bring the story of England to life for over 10 million people each year.

Martin Ashley Architects was formed in 1994 and practices as specialist historic buildings conservation architects and surveyors.

The practice is known for its sensitive repairs to outstanding historic buildings and estates. As well as with English Heritage Trust, we are proud to have longstanding relationships with organisations such as The Royal Household, The Crown Estate, St George’s Chapel Windsor, Historic Royal Palaces, Old Royal Naval College in Greenwich, and others. We are deeply research based and have long promoted the building-led approach, advising on buildings’ needs but also opportunities for constructive change to add another chapter into a building chronology. It is this that with an enlightened client and Hugh Broughton Architects we have helped enable at Clifford’s Tower, and similarly with Hugh and his team for the Painted Hall in Greenwich, and the Dockyard Church in Sheerness.