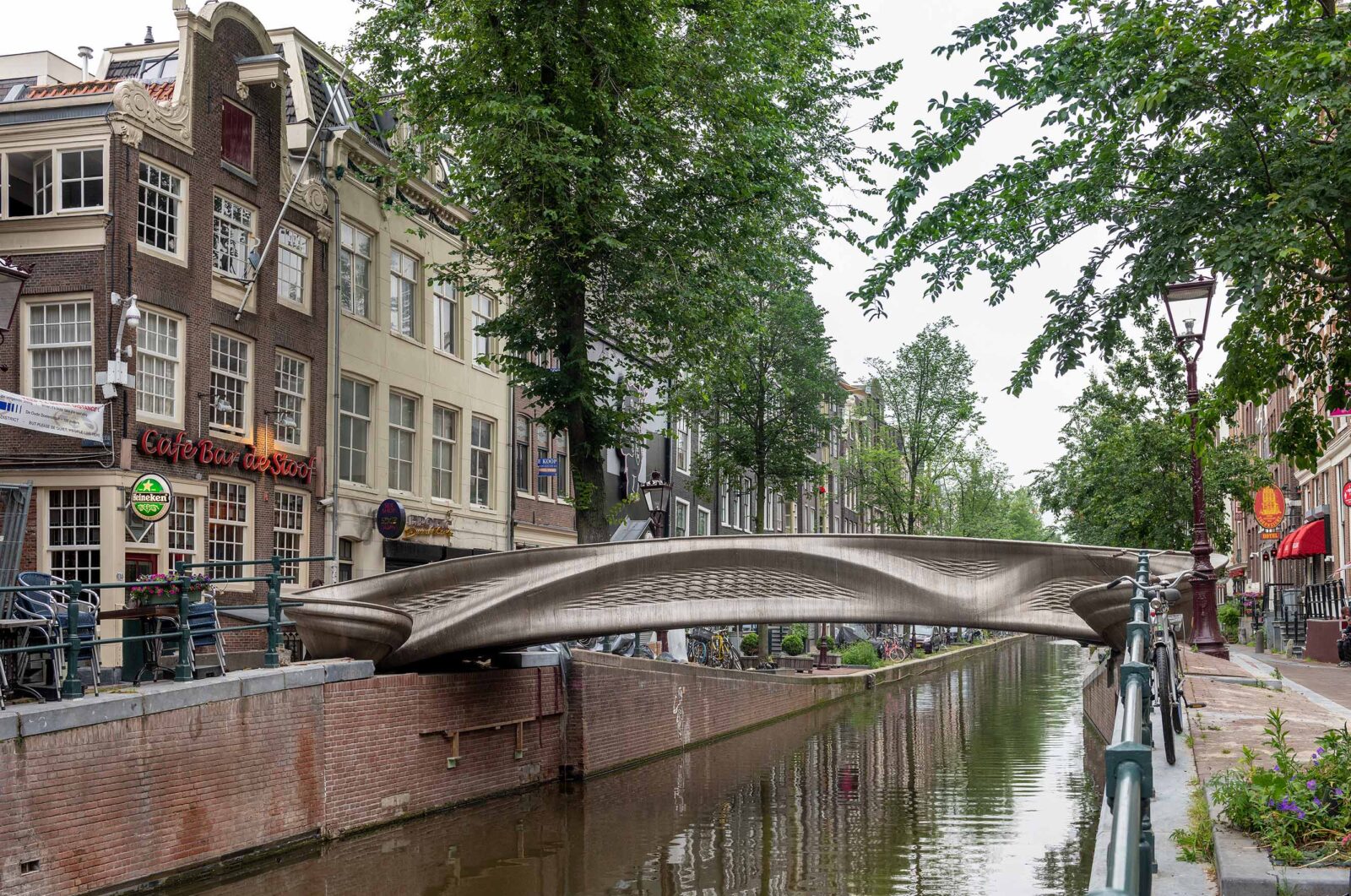 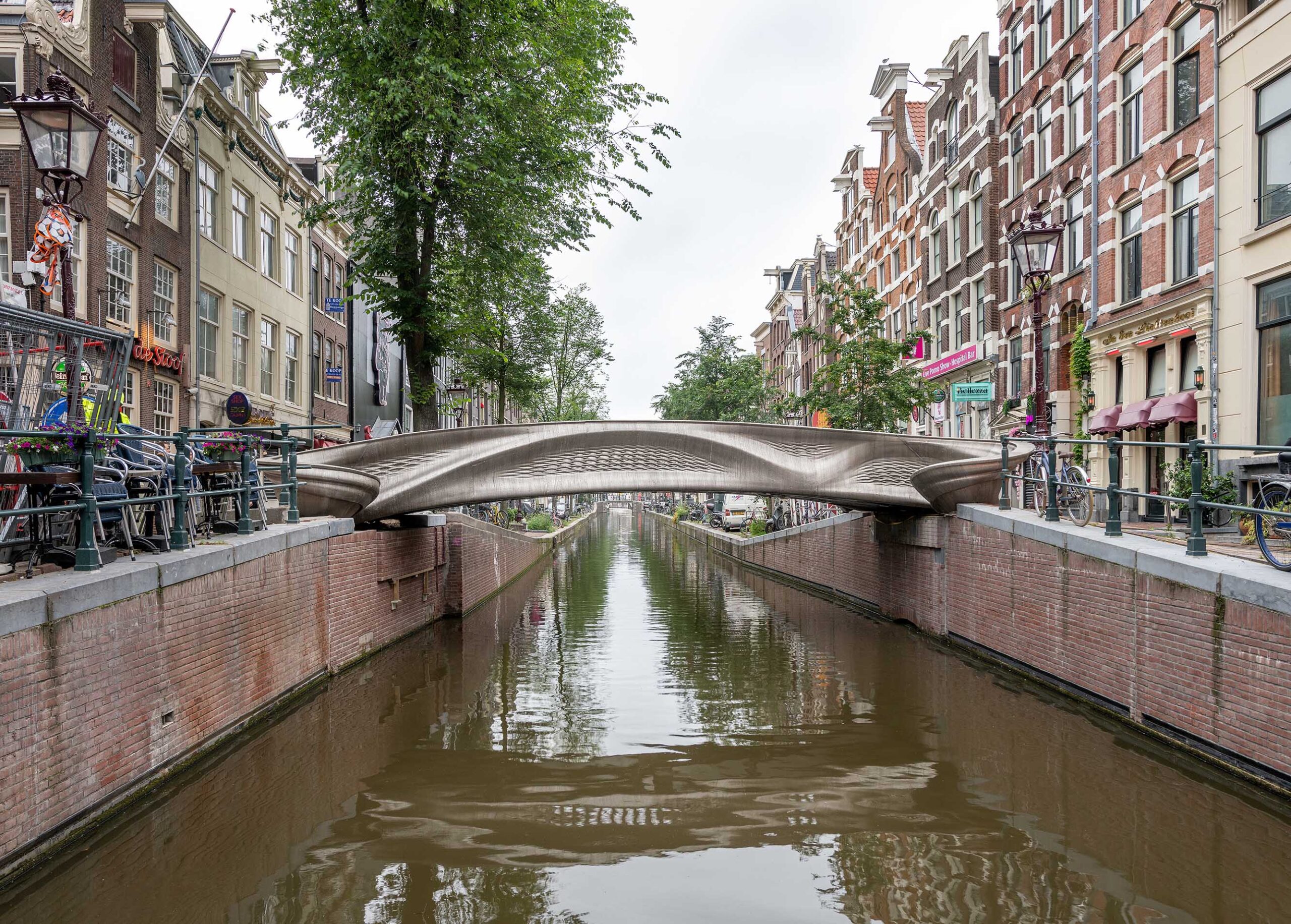 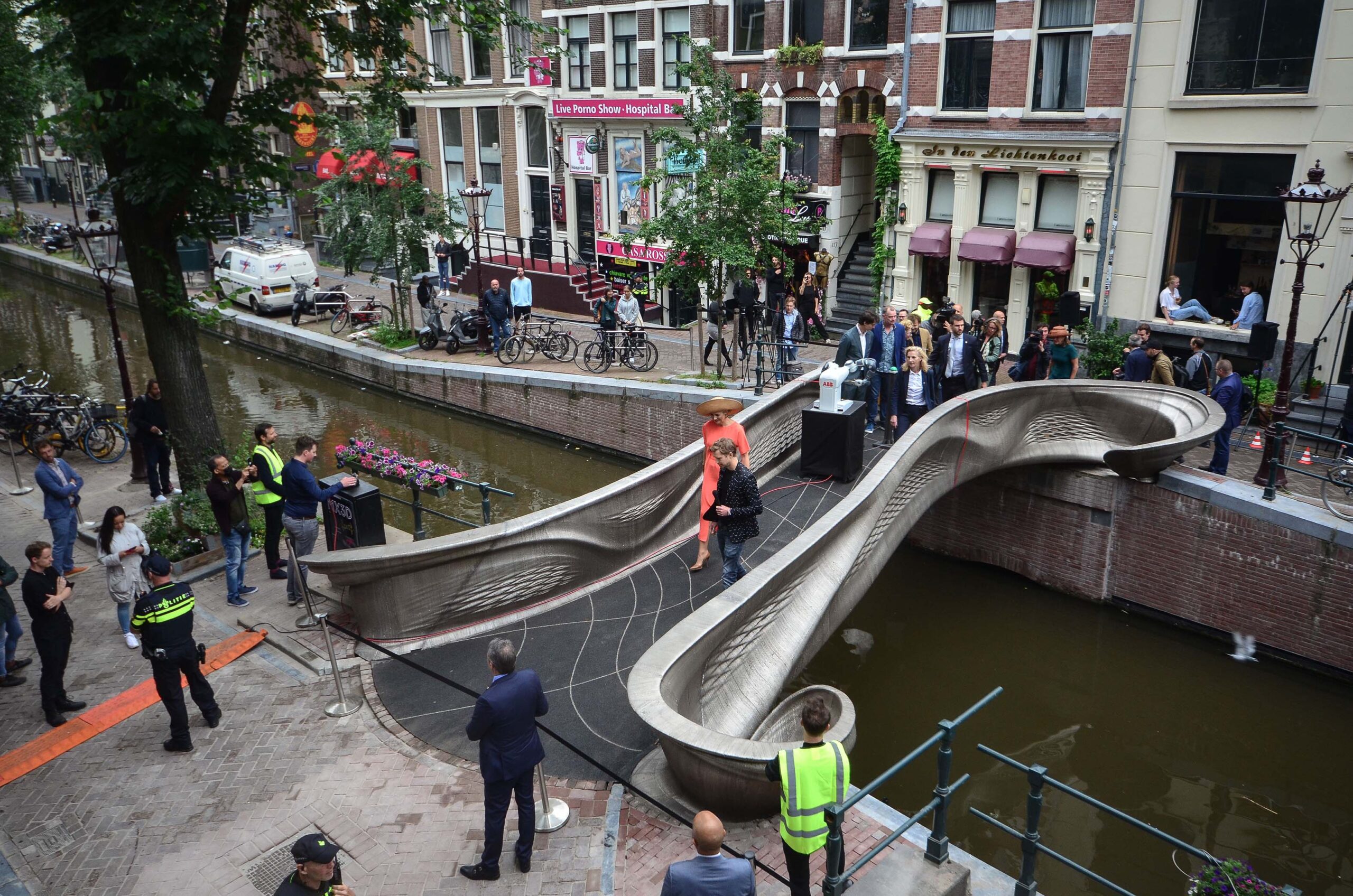 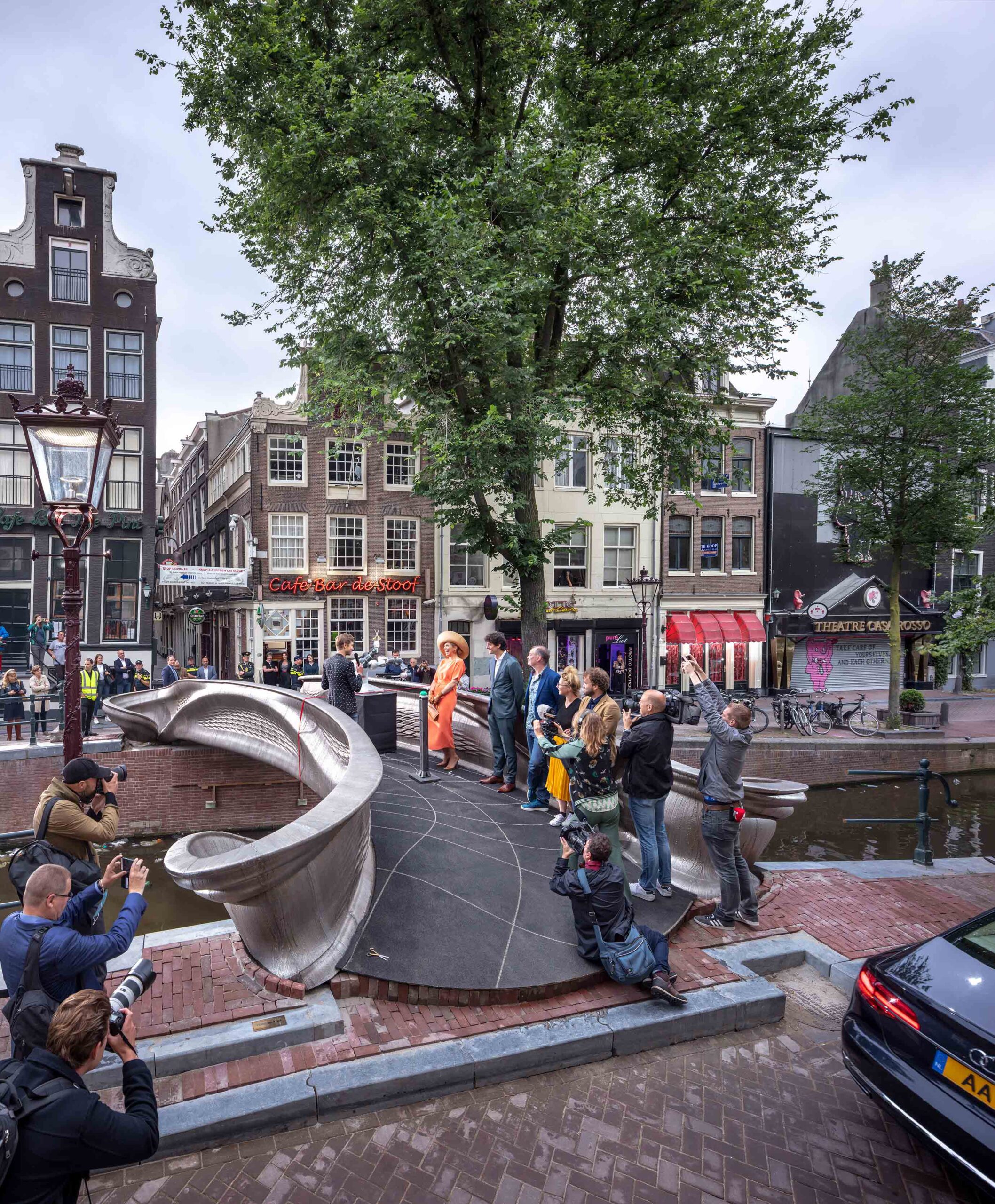 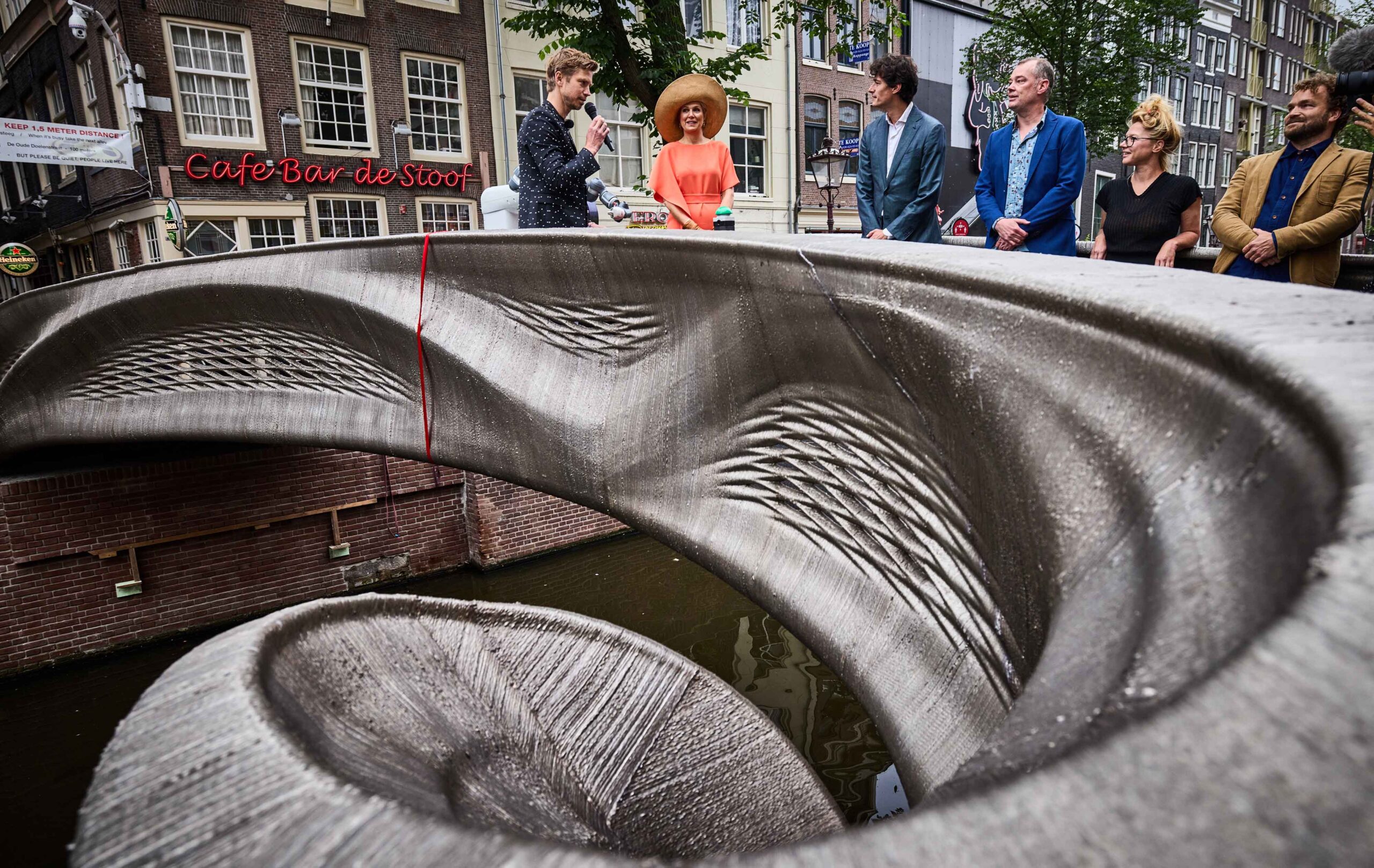 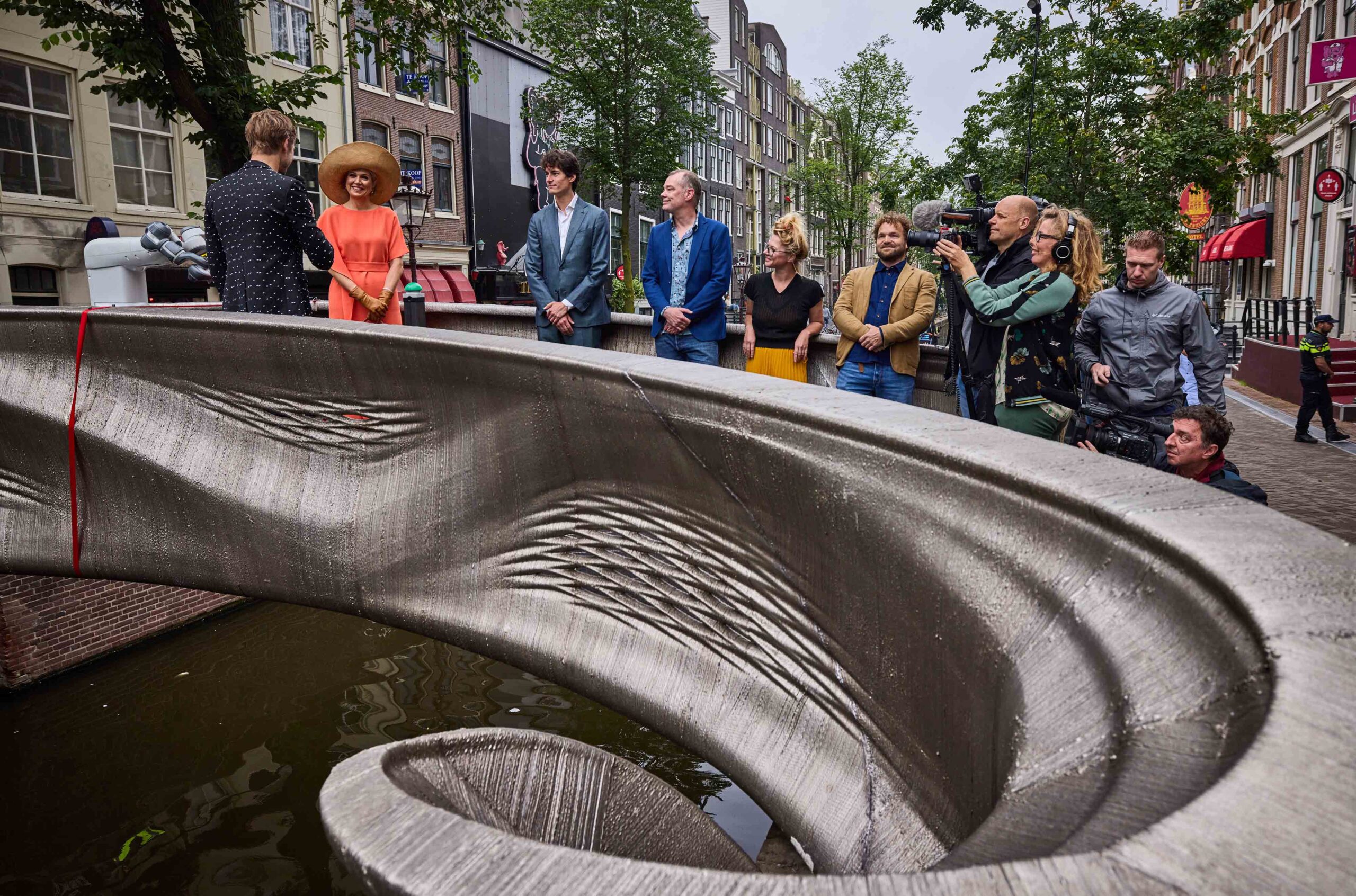 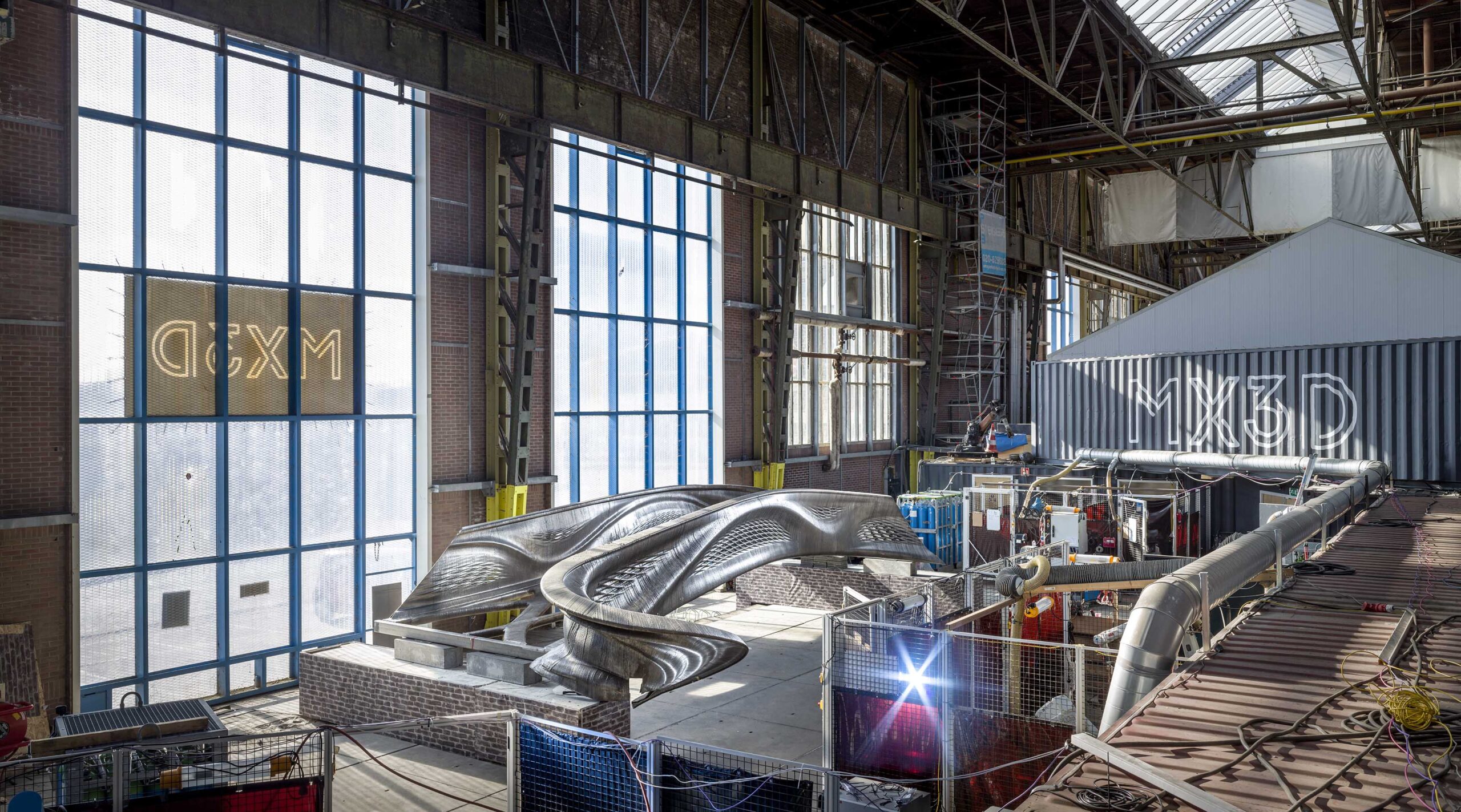 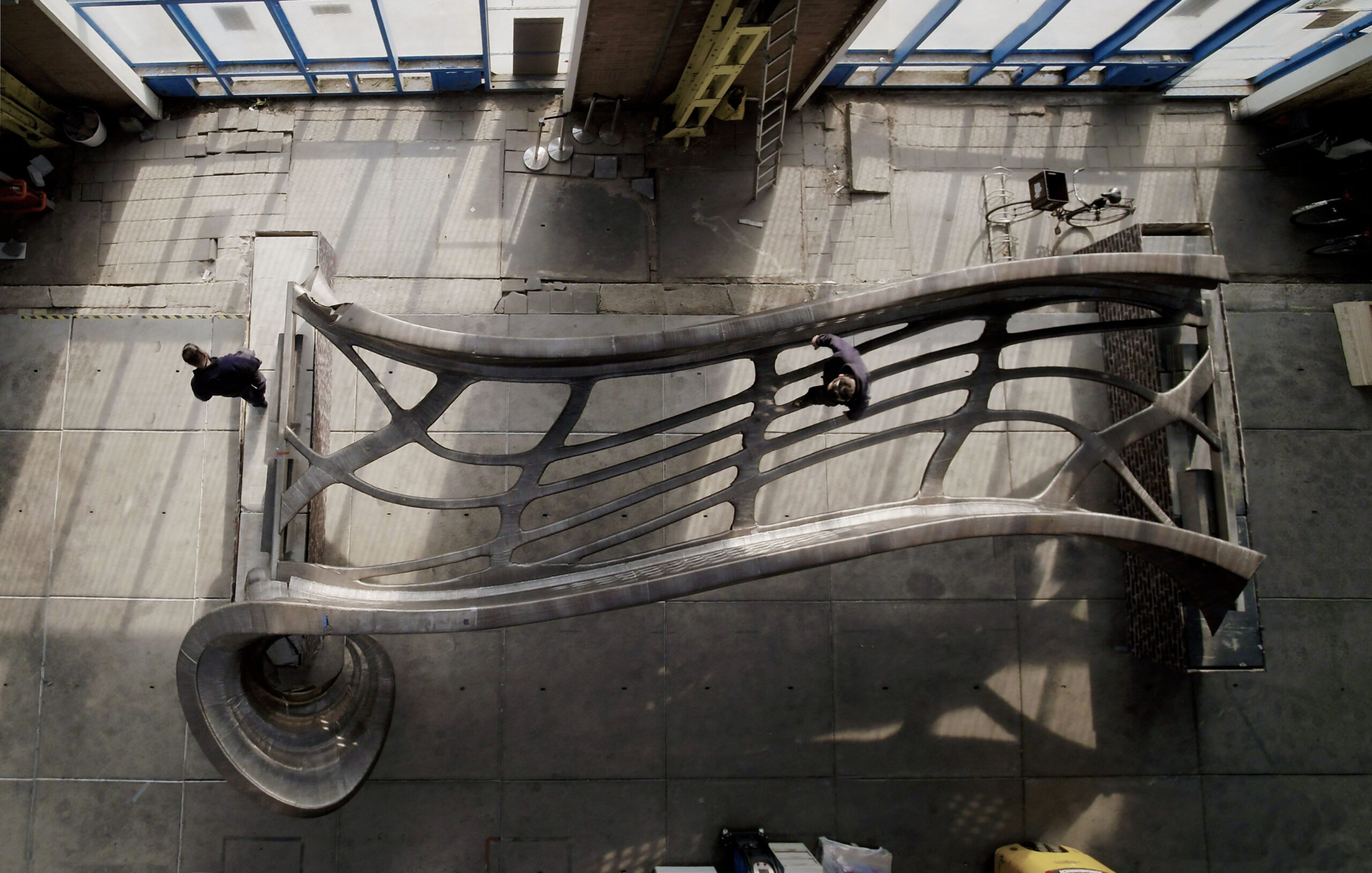 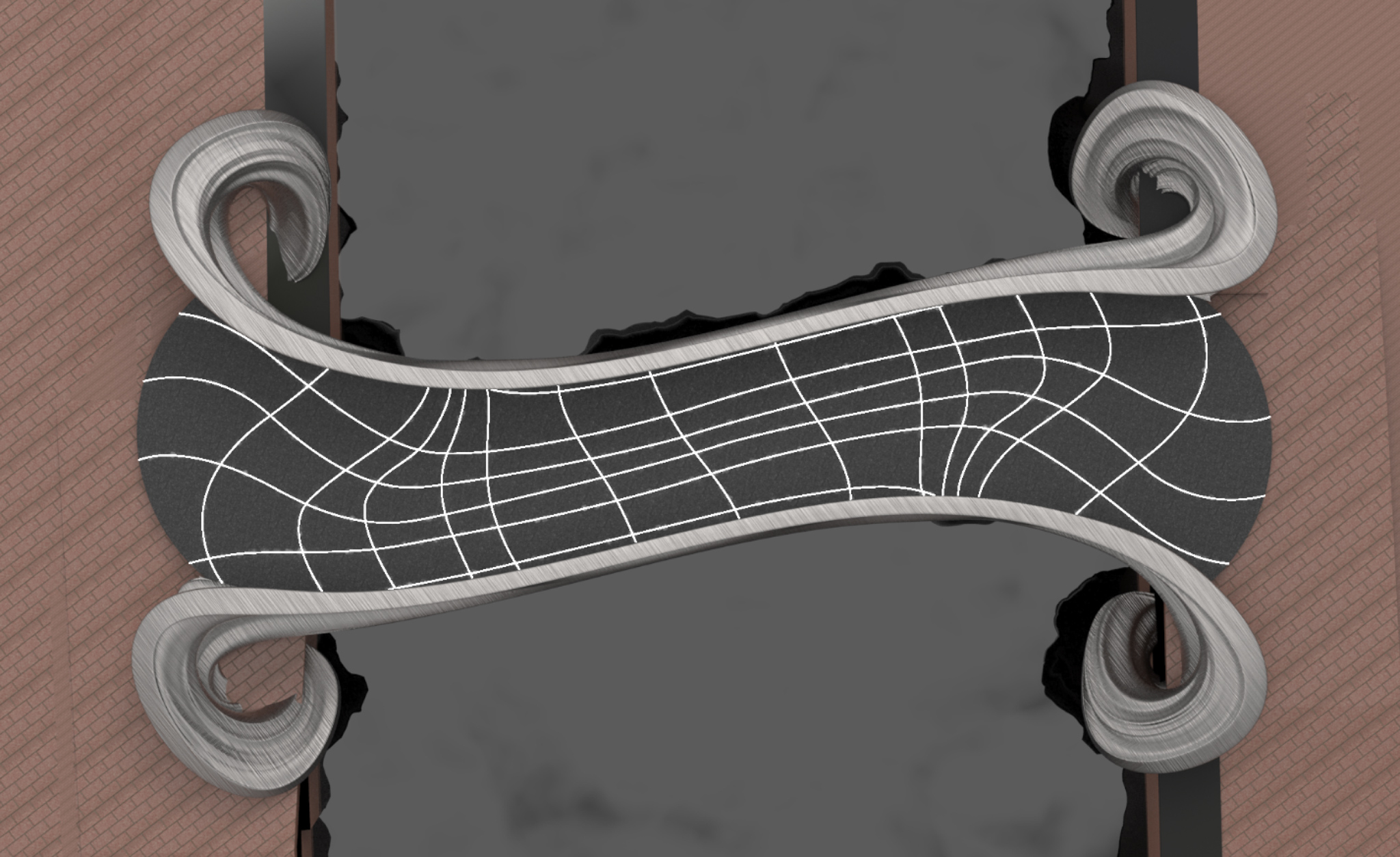 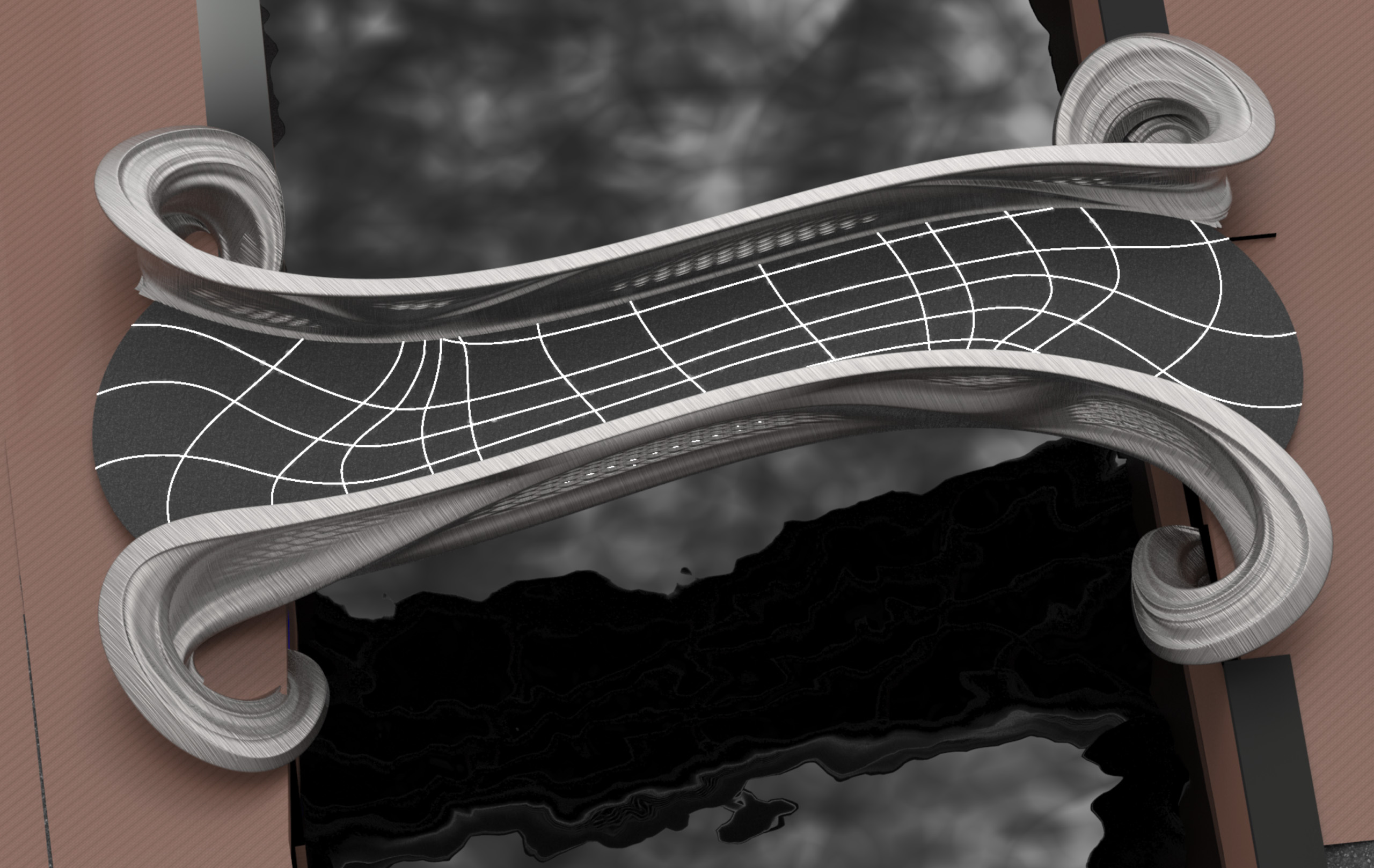 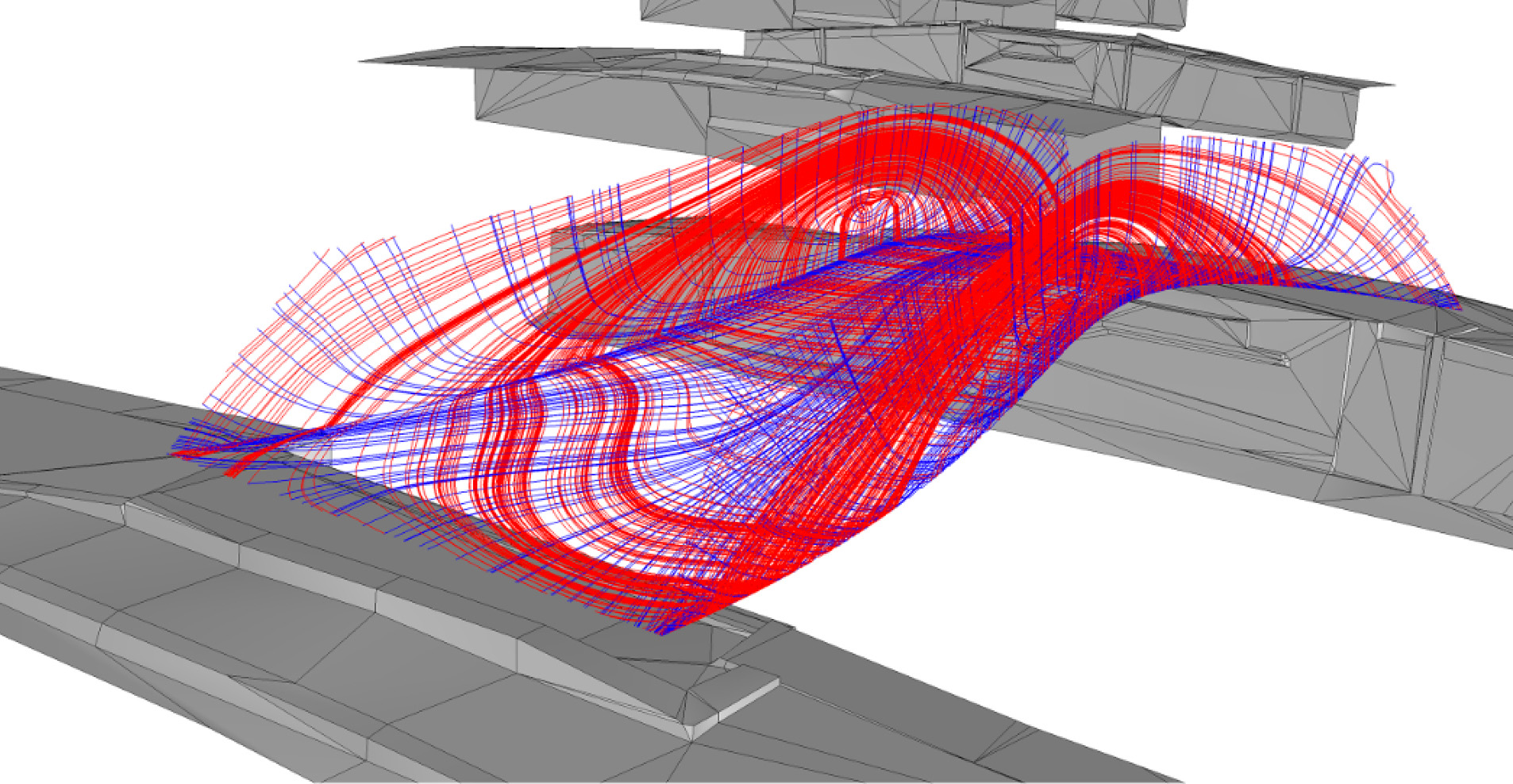 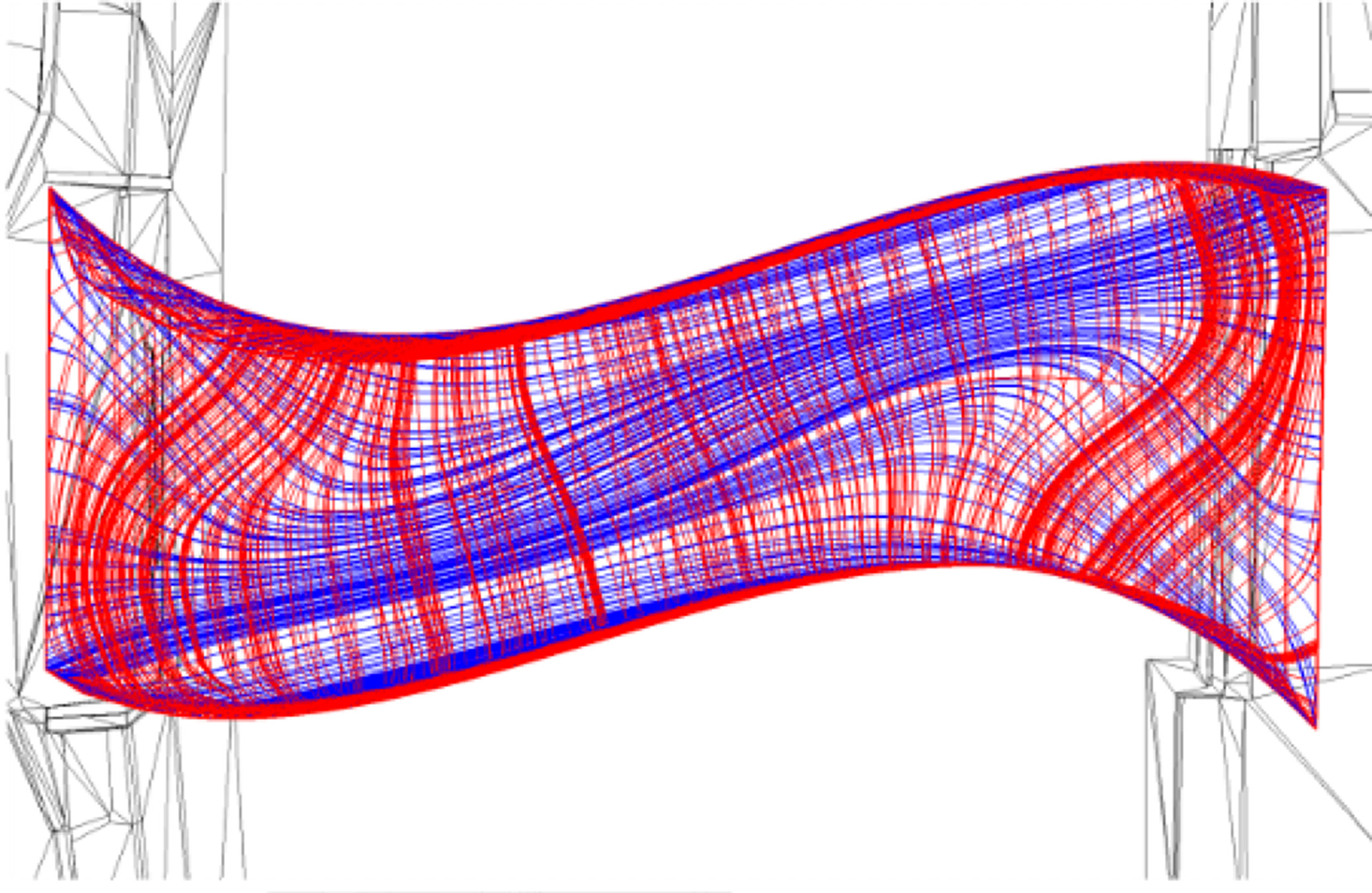 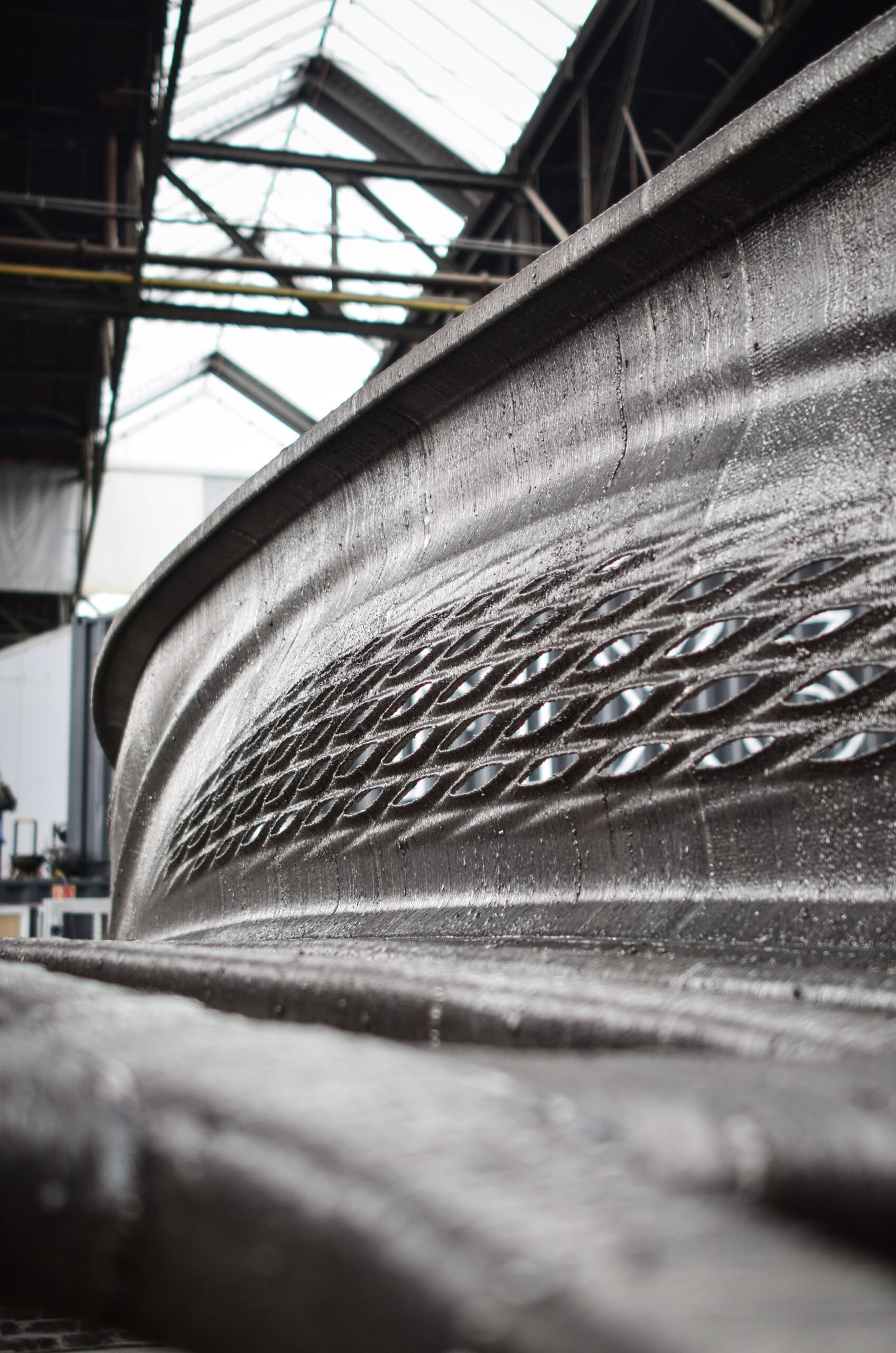 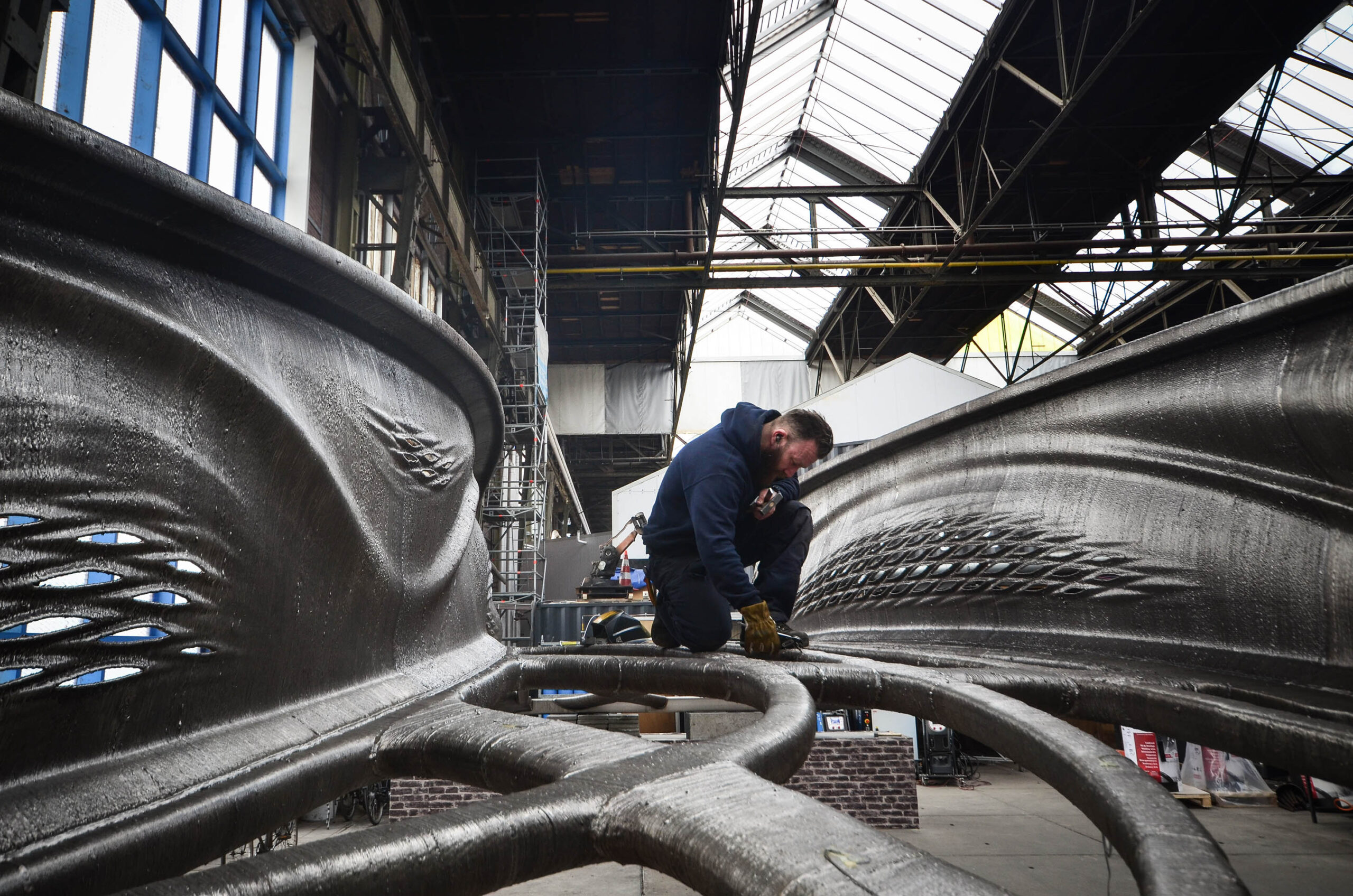 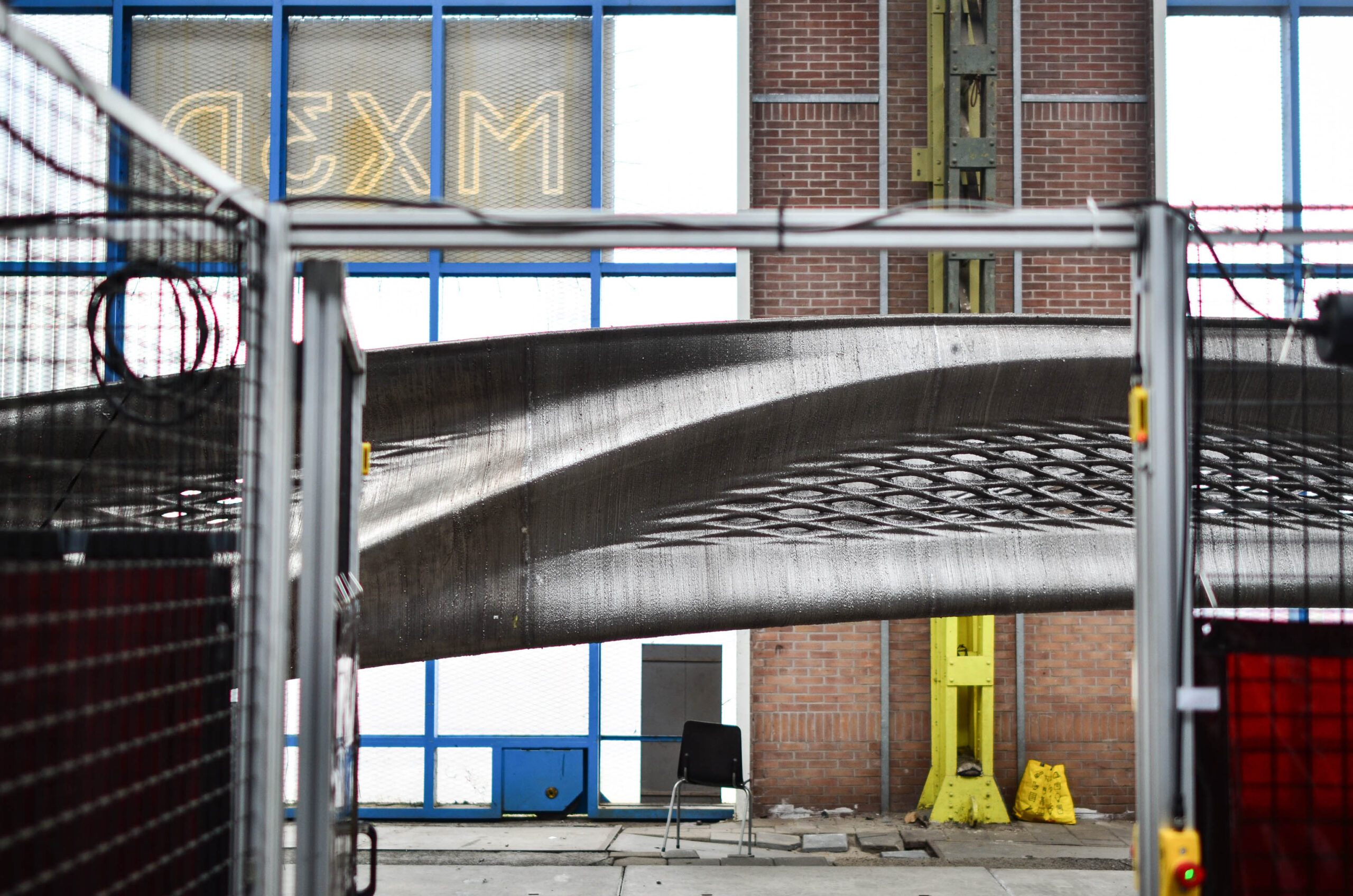 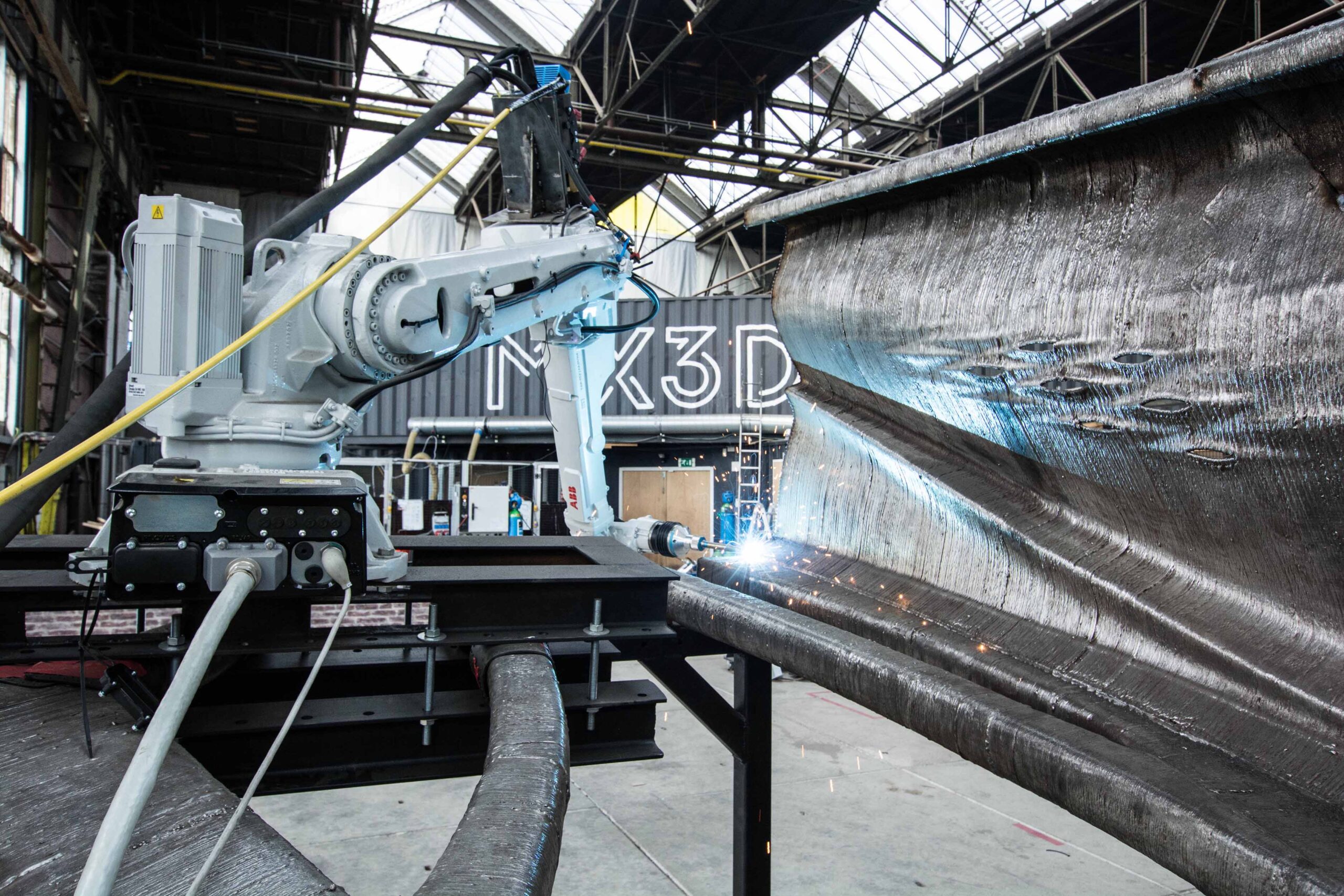 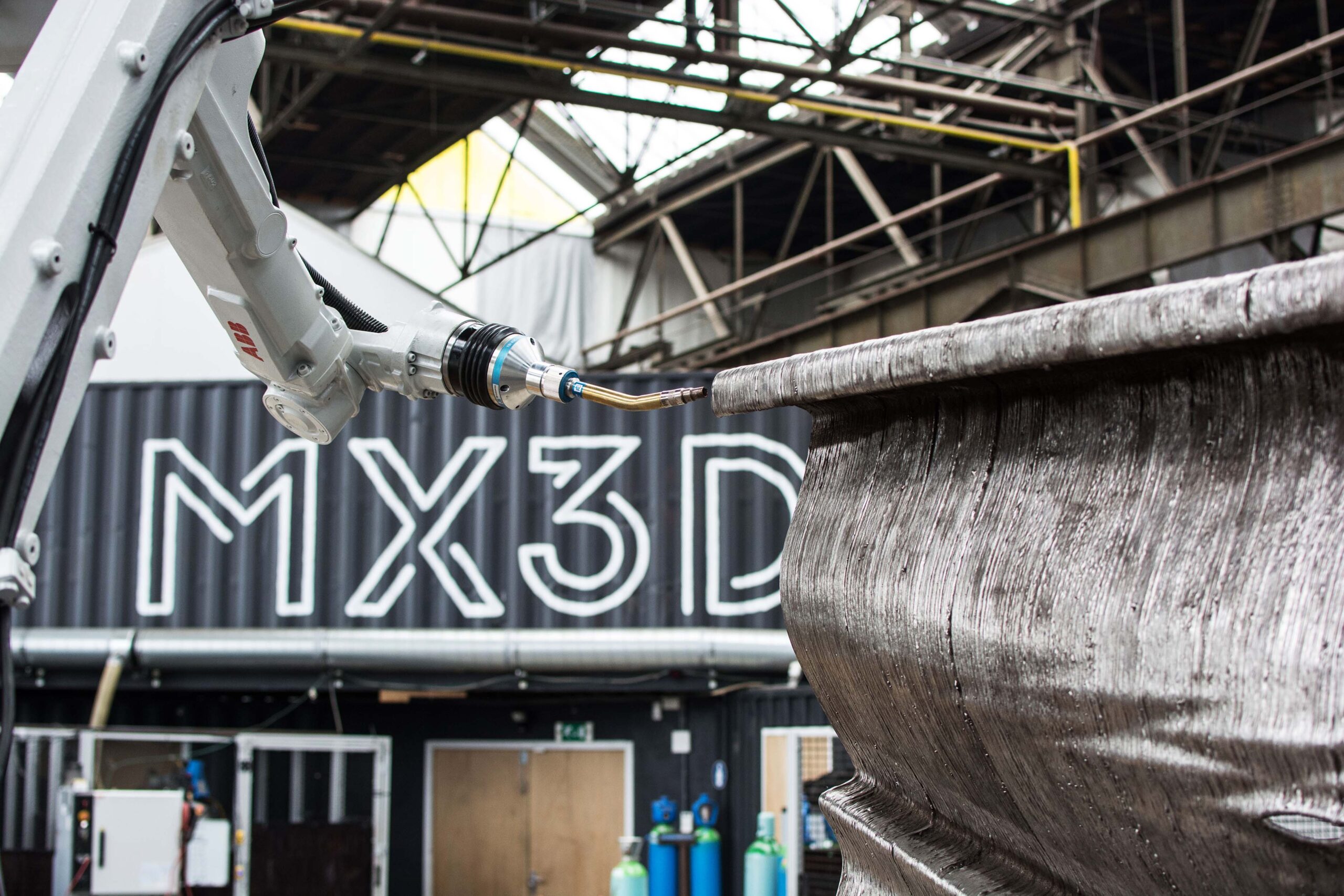 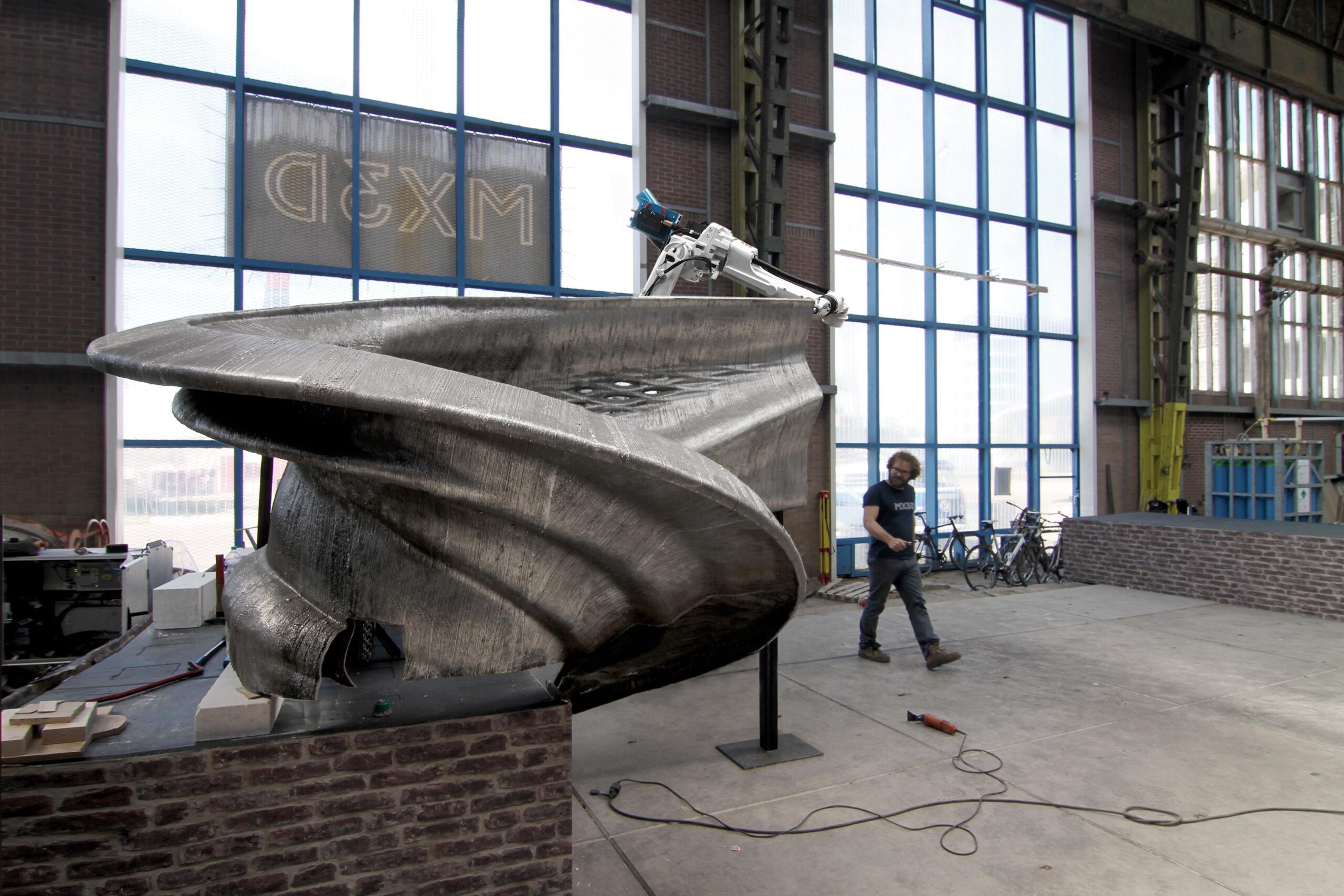 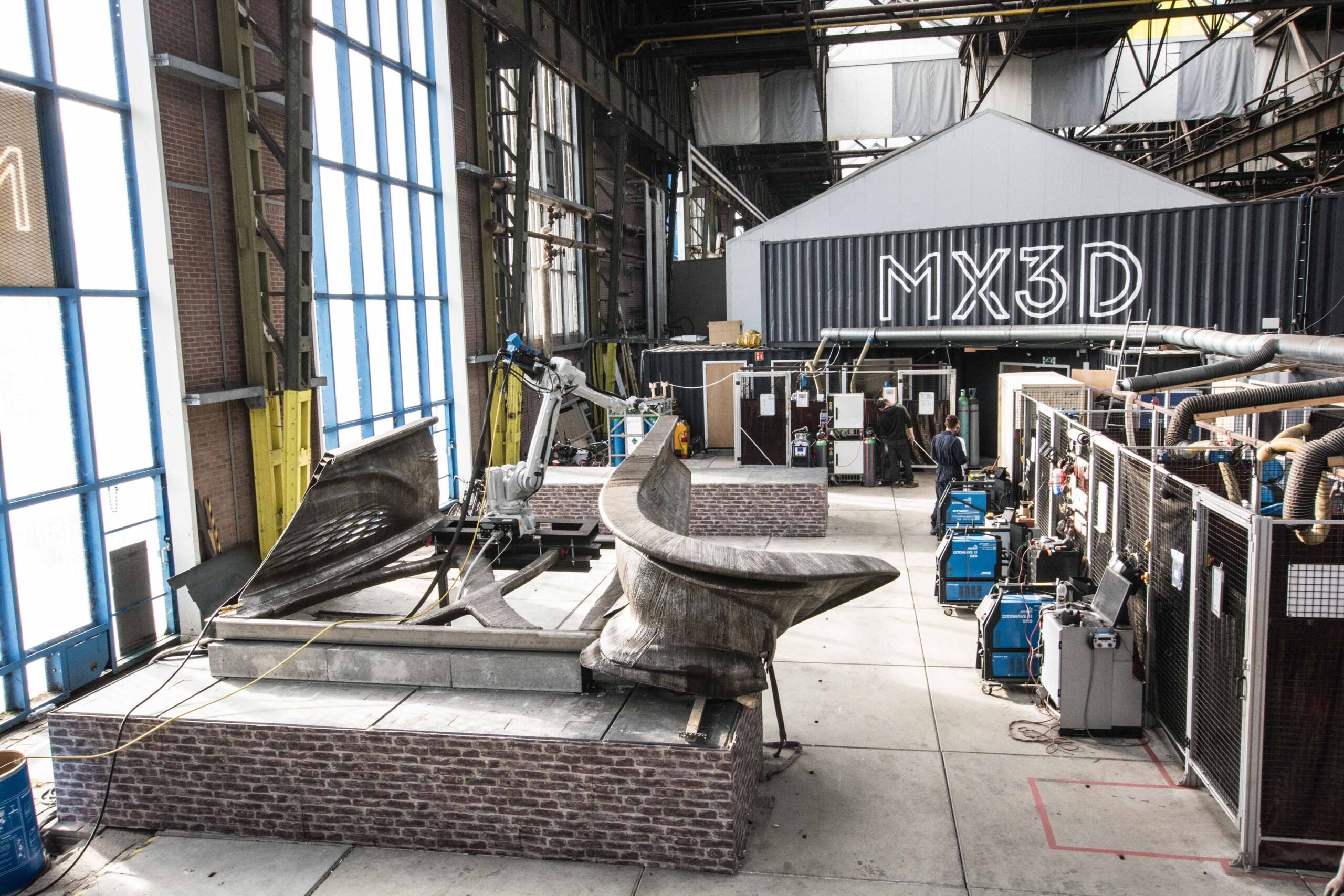 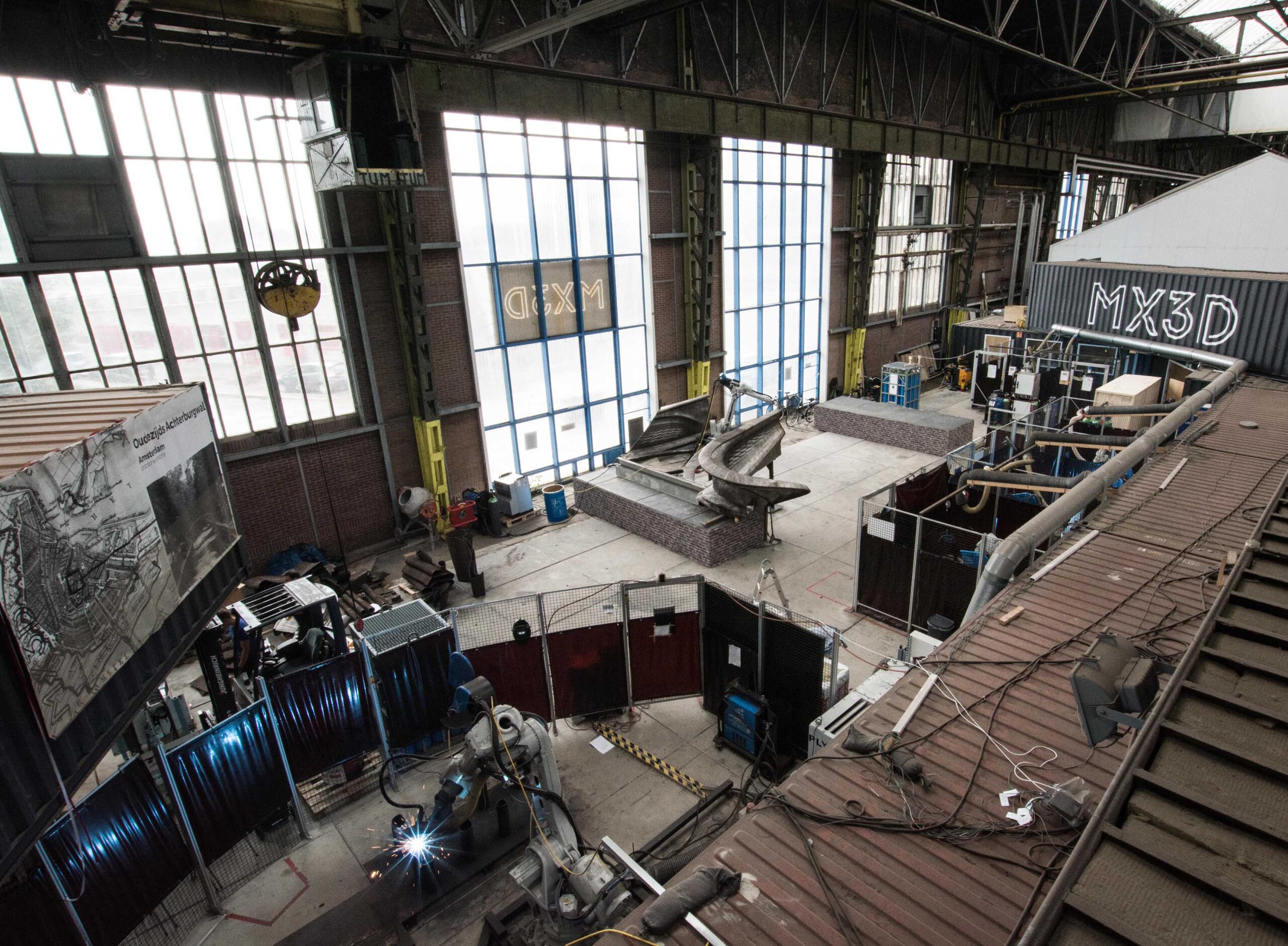 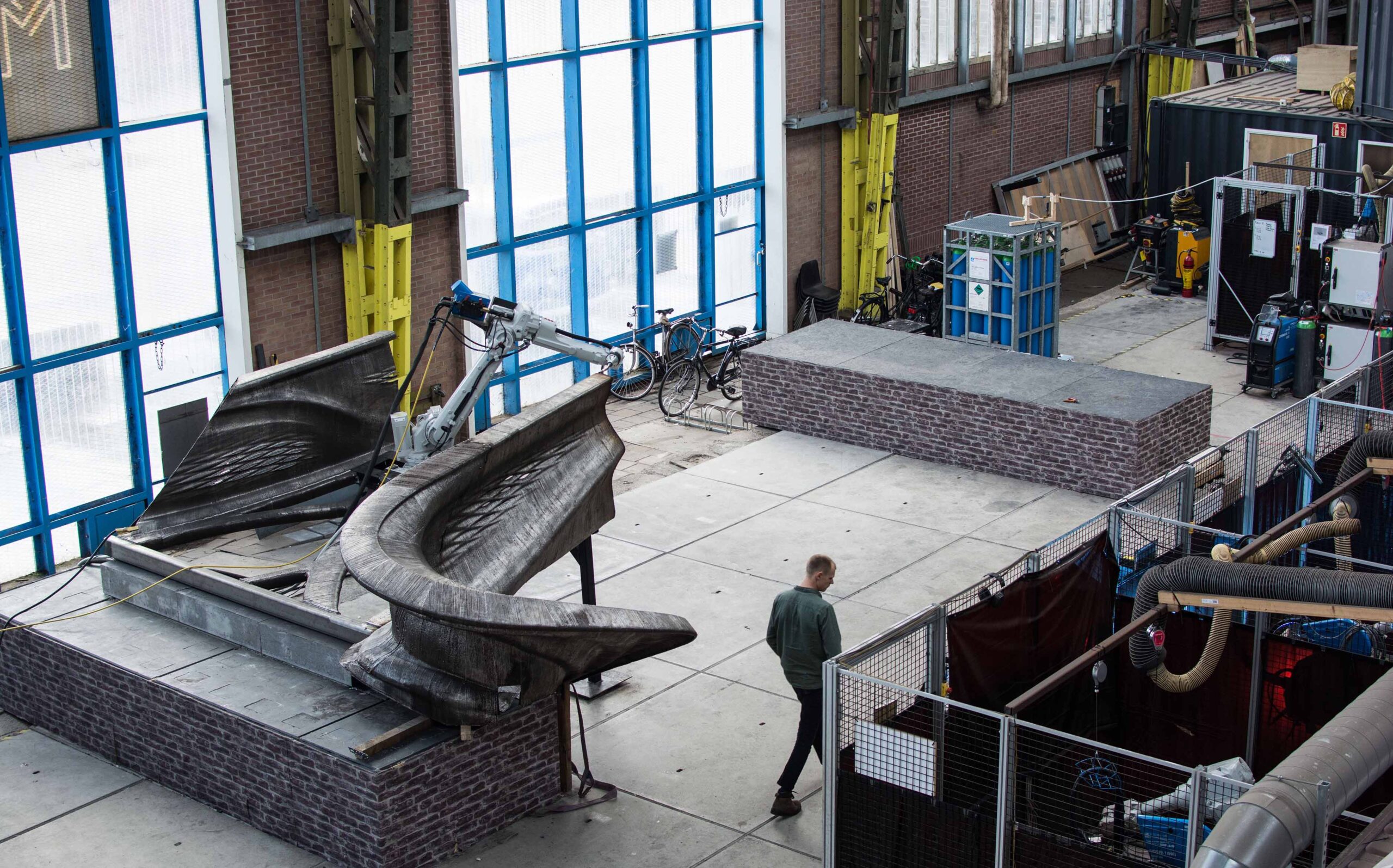 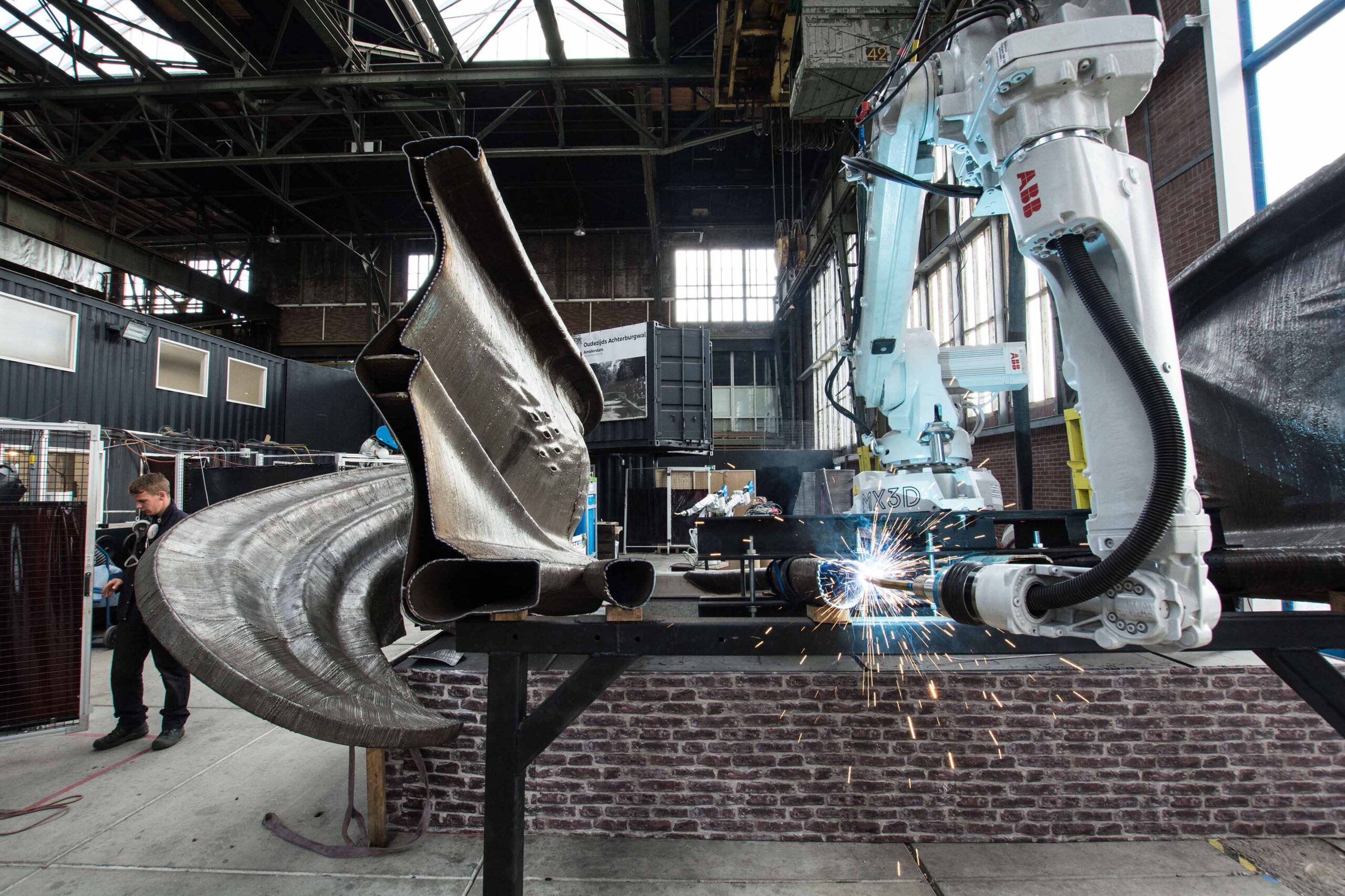 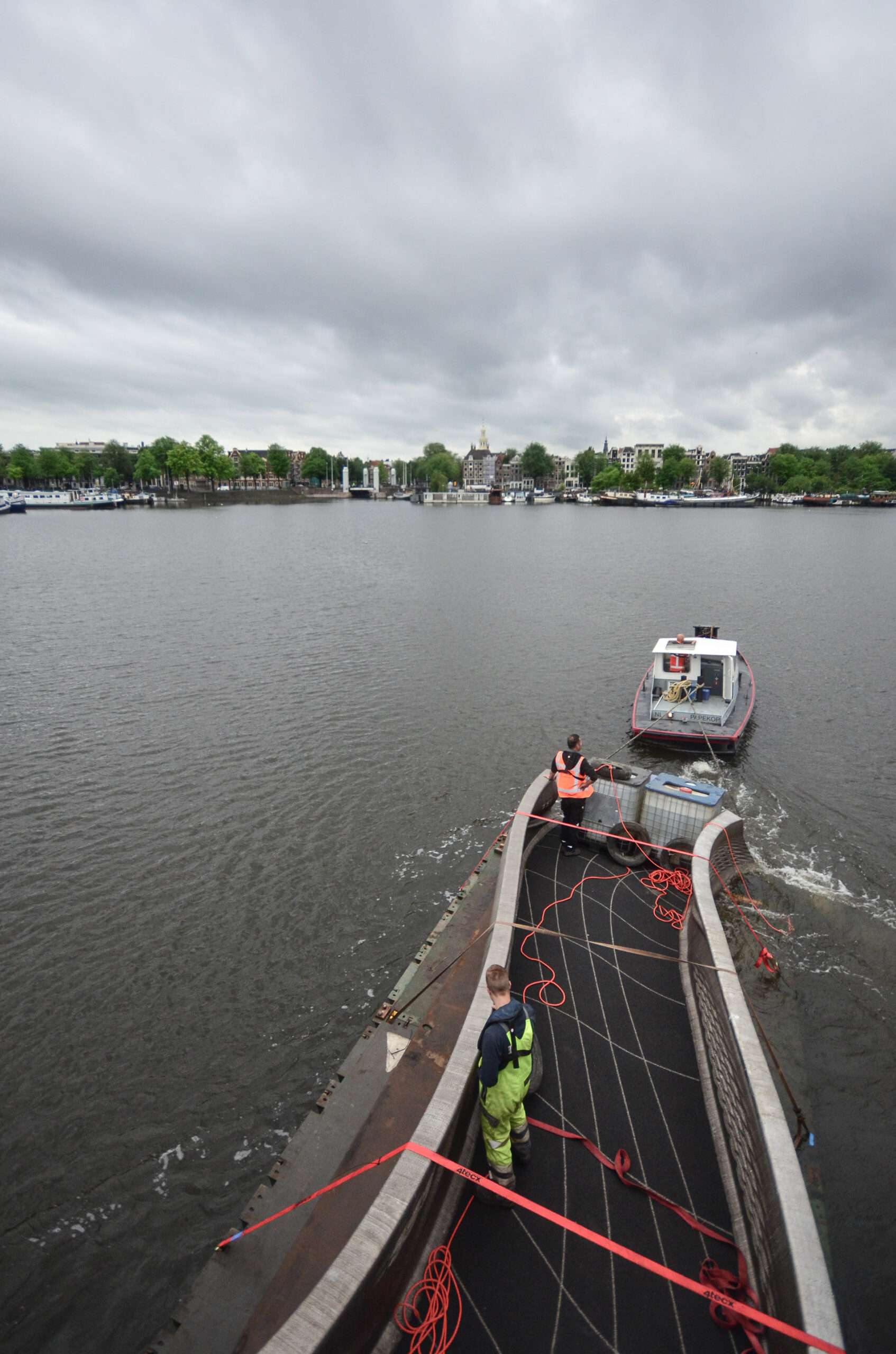 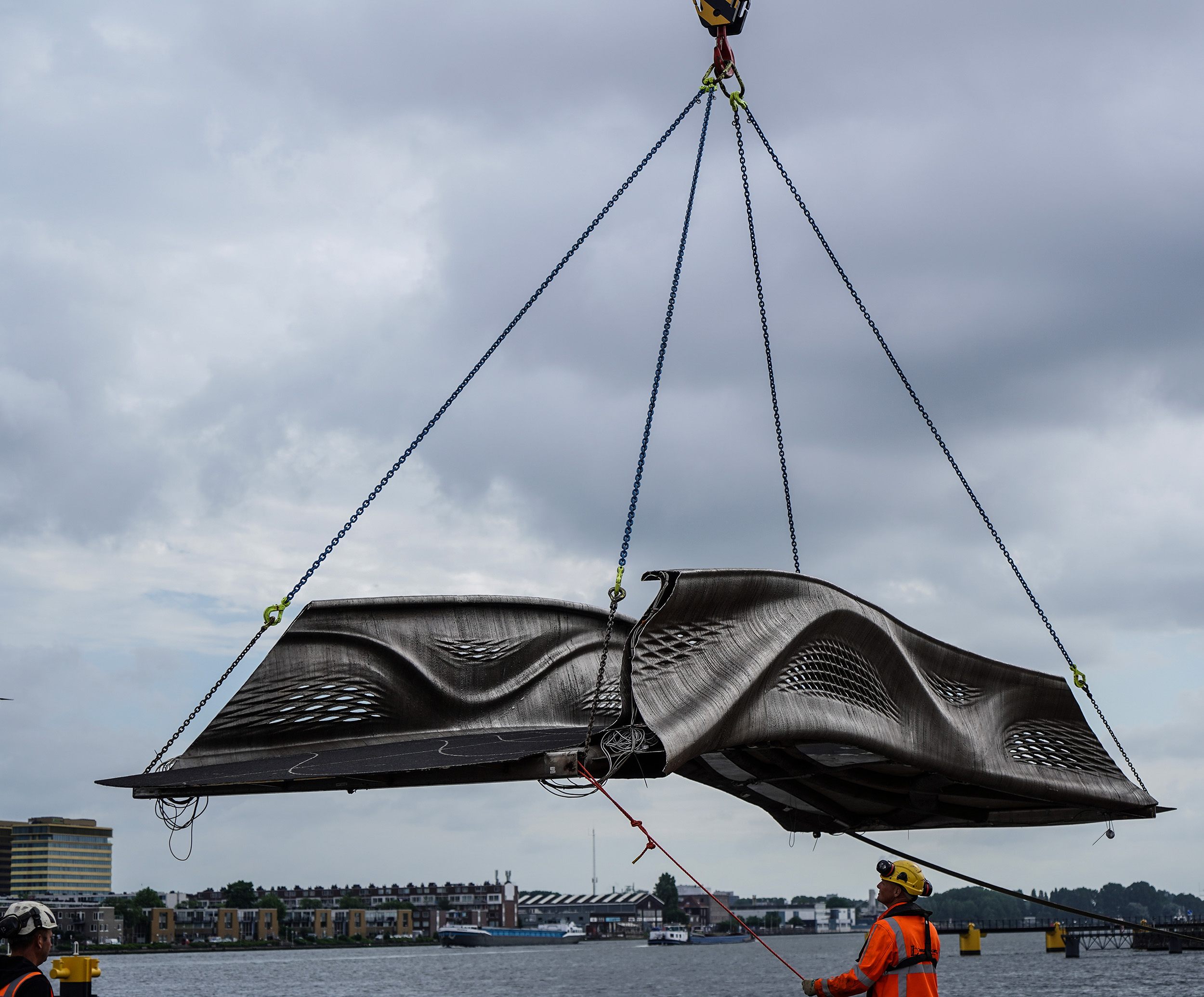 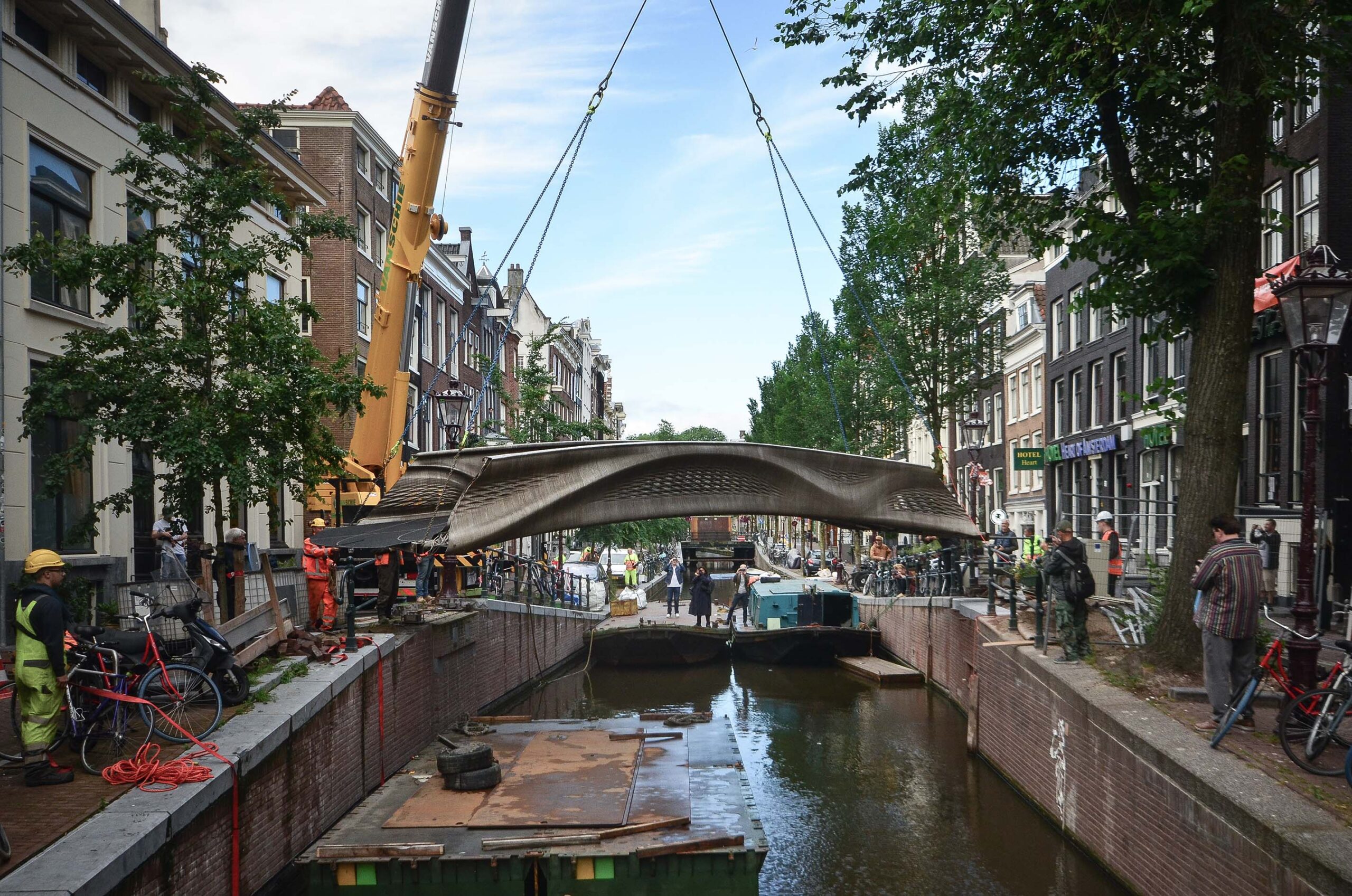 MX3D Bridge is now ready to use

World premiere: Her Majesty the Queen of the Netherlands, Máxima, opens the first 3D printed steel bridge in the oldest neighbourhood of Amsterdam.

The futuristic multi award-winning bridge, designed by Joris Laarman Lab with Arup as lead engineer, will be placed over one of the oldest canals in Amsterdam’s Red light district. The installation of the bridge is the culmination of several years of work. MX3D kicked off this project in 2015 when it proposed printing a metal bridge with its innovative large-scale, robotic 3D printing technology, creating a playful, inspiring example of how digital tools can create a new form language for architectural objects.

“The Bridge is only the beginning for our technology, by now MX3D has introduced its metal printing tool on the industrial market, and with this tool already many companies have started printing like us. I am looking forward to all positive impact and new ideas our client will realize”, Says Gijs van der Velden, CEO MX3D

The project was brought to life thanks to funding of the Lloyd’s Register Foundation and the collaboration with a range of industry leaders including ABB, Air Liquide, ArcelorMittal, Autodesk, AMS Institute and Lenovo, which all have helped MX3D realise its bold, ambitious vision.

This collaborative effort saw the bridge brought to life between 2017-2018, when four robots 3D printed the structure using more than 6,000 kgs of stainless steel. The City of Amsterdam granted MX3D bridge a two-year permit.

The proprietary MX3D printing technology uses off the shelf welding robots to build up metal objects layer by layer. The MX3D bridge design was created using generative design and topology optimisation techniques. The combination of those technologies allow for a higher form of liberty and a promise of significant material reduction.

Innovative in design and technology, the bridge serves as a living laboratory. Equipped with a state-of-the-art sensor network, the ‘Smart Bridge’ is powering a cutting edge research project. In concert with academic and industry researchers the City of Amsterdam will use the bridge’s data streams to explore the role of IoT systems in the built environment. For instance: can we use such systems to anonymously analyse crowd behaviour, to help better understand the impact of tourism in the Red Light District. The project also addresses questions about open data, data ethics, and citizen ownership of city analytics. For this purpose the bridge was granted a two year permit by the city of Amsterdam

Realising this vision required an extended collaboration between MX3D, The Alan Turing Institute (the Turing), Arup, Autodesk, FORCE Technology, and the University of Twente. Between them, they have spent the last three years creating and installing a sophisticated sensor network, to enable real-time data collection, to represent those data flows in live models, and to create usable analytics on top of that data which feeds into a Digital Twin of the bridge.

The bridge’s sensors collect structural measurements such as strain, rotation, load, displacement, and vibration, and also measure environmental factors such as air quality and temperature. Together, this data is used to create a ‘digital twin,’ an accurate computer model that represents the physical bridge in real time. The digital twin will help engineers measure the bridge’s health and monitor how it changes over its lifespan. The sensor data will also be used to “teach” the bridge to understand what is happening on it, beginning with the ability to count how many people are crossing it and how quickly.

Having helped initiate the project in 2015, a team of researchers from Autodesk designed bespoke software and served as the primary systems integrator for the smart bridge. Autodesk software collects data from the sensor network and visualises it in a digital twin model representing the bridge’s response to use in real time. Autodesk worked closely with the partners of the Data Centric Engineering Programme at the Turing as well as FORCE Technology and University of Twente to design and install the sensor network. Even in its prototype form, this network was useful when performing structural testing on the bridge. Load testing and materials testing were both conducted by the Data Centric Engineering team, which proved that the bridge is able to hold at least a 19.5 ton load, well above its ultimate design load.

The UK’s national institute for data science and artificial intelligence (AI), the Turing, began its involvement with the bridge by assembling an interdisciplinary team of data science and AI experts from its Data Centric Engineering Programme. The Turing is hosting the bridge data for the full two year period covered by the bridge’s current operating permit and has conducted a thorough ethics review of the project to ensure that the scientific goals of the project do not compromise the privacy of the public. Using a custom data platform, the Turing supports researchers who require access to the sensor data stored in its secure cloud. The Turing researchers have expertise to develop novel and advanced digital twin models for prototypes of the MX3D bridge and are now applying these techniques to evolve the digital twin of the physical bridge as it is used.

As a key partner, the City of Amsterdam shows how local governments can act as facilitators in the introduction of new technologies. The support of the city, stadsdeel Centrum and its CTO office were essential in making this complex project succeed. The project in turn helped MX3D to gain worldwide success with it’s product: a software license that turns a welding robot into a high end 3D metal printer.

The NOW furthermore funded a project called ‘BRIDE’, in which University of Twente, TU Delft, Amsterdam Institute of Metropolitan Studies and MX3D study the social side of a digital world, like the bridge. What do citizens want from smarter infrastructures, do they even want it? What are the ethical boundaries data collection should adhere to? Should a city collaborate or even be in the lead? How can we design the data sharing equitably? For more information visit: https://www.utwente.nl/en/bms/bride/

Groundbreaking projects like this inevitably run into barriers and unexpected plot changes.

The original design concept was changed considerably due to engineering concerns and printing it on site turned out unfeasible due to safety and technical concerns. In March 2017, the printing and assembly of large segments of the bridge began. Final placement had to be postponed nearly 2 years until the renovation of the canal walls was completed and all the formalities were ironed out.

In parallel MX3D engineers have continued working on realizing their vision of robots autonomously 3D-printing infrastructure. A robot was successful in triangulating its position and print while placed on the bridge. It validated the company’s vision and confirmed that robots printing bridges without human intervention is not science fiction anymore.

Location Bridge: Oudezijds Achterburgwal, at the crossing with the Stoofsteeg located in the Red Light District of Amsterdam,

The MX3D project has only been made possible through the close collaboration with partners Autodesk, Heijmans, Joris Laarman Lab and ArcelorMittal and the support of Lead Structural Engineer Arup, The Alan Turing Institute Data Centric Engineering Programme, Lloyd’s Register Foundation, Air Liquide, ABB Robotics and Lenovo.

The Bridge, designed by Joris Laarman Lab, was awarded several prestigious prizes this year. The Projects received the STARTS Prize from the European Commission for the best Arts and Technology project, chosen out of 2300+ projects worldwide.