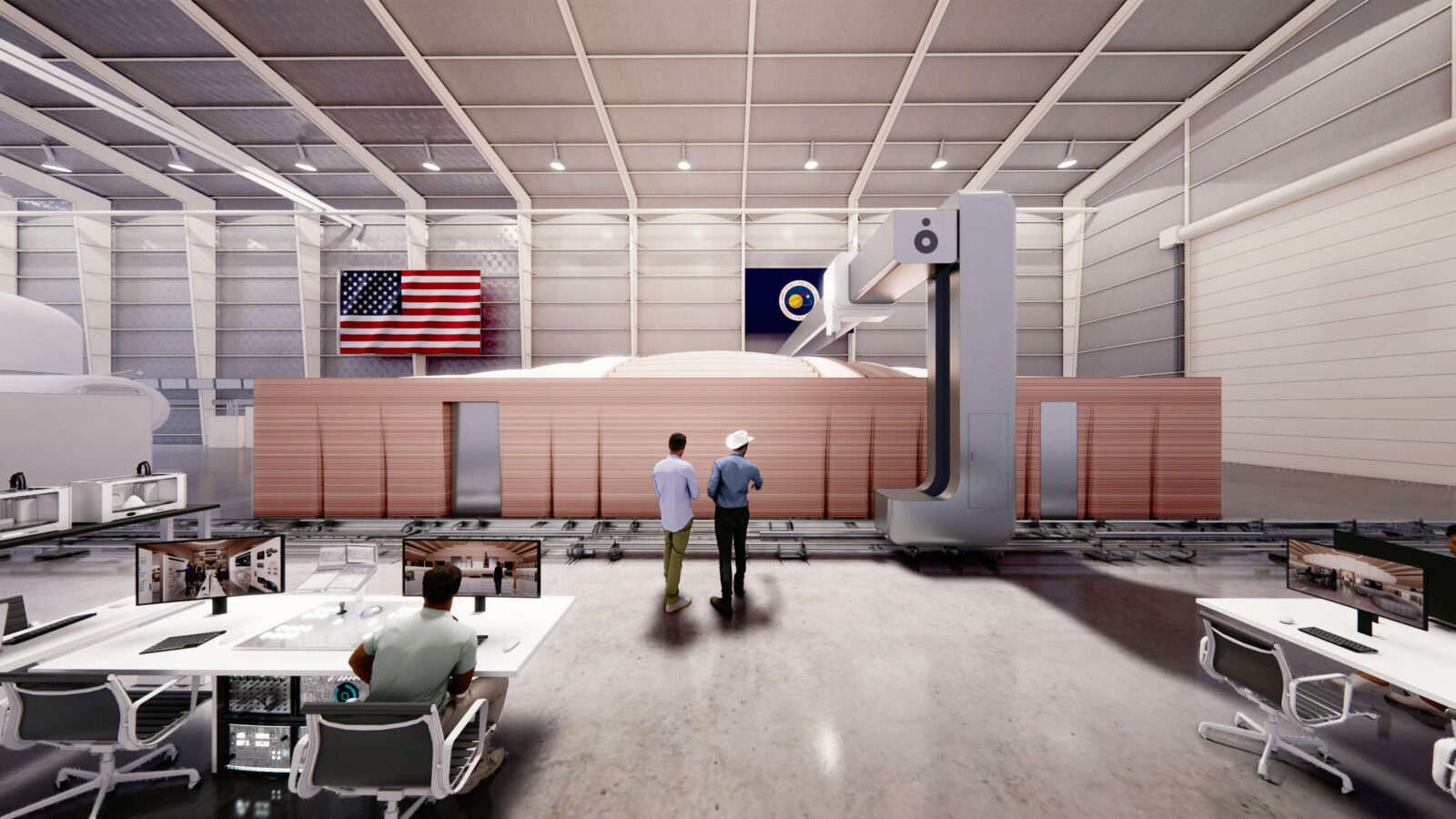 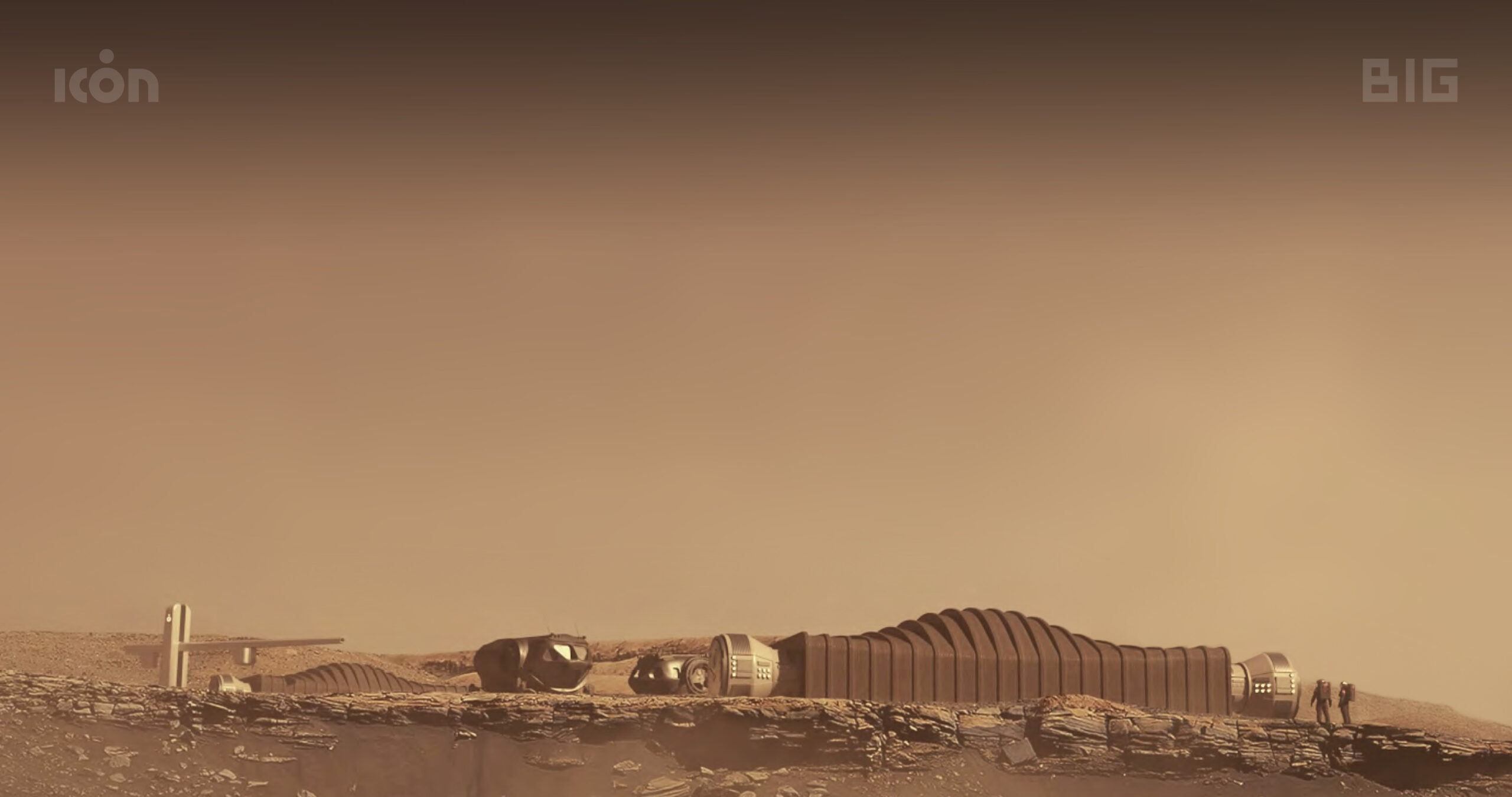 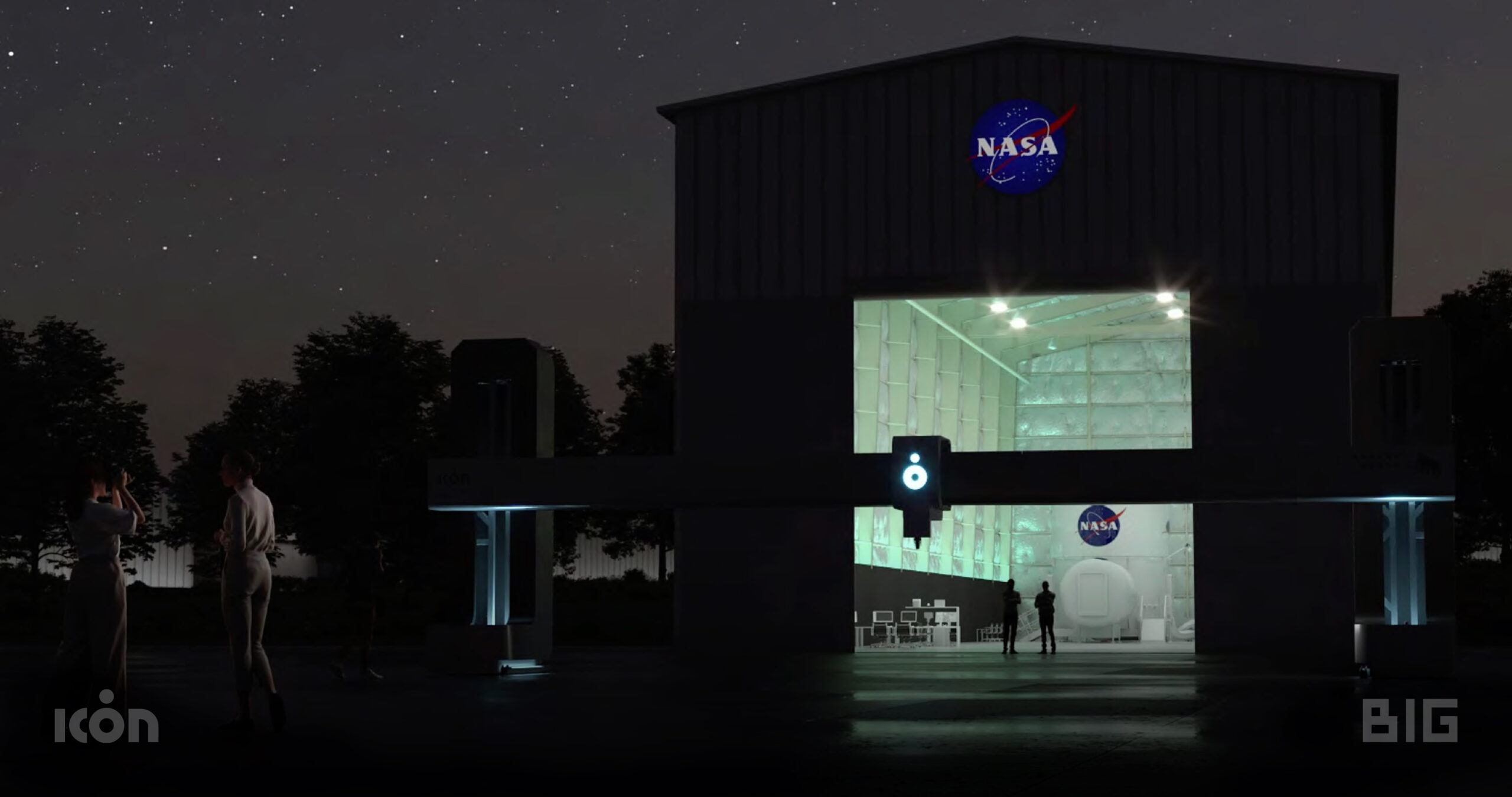 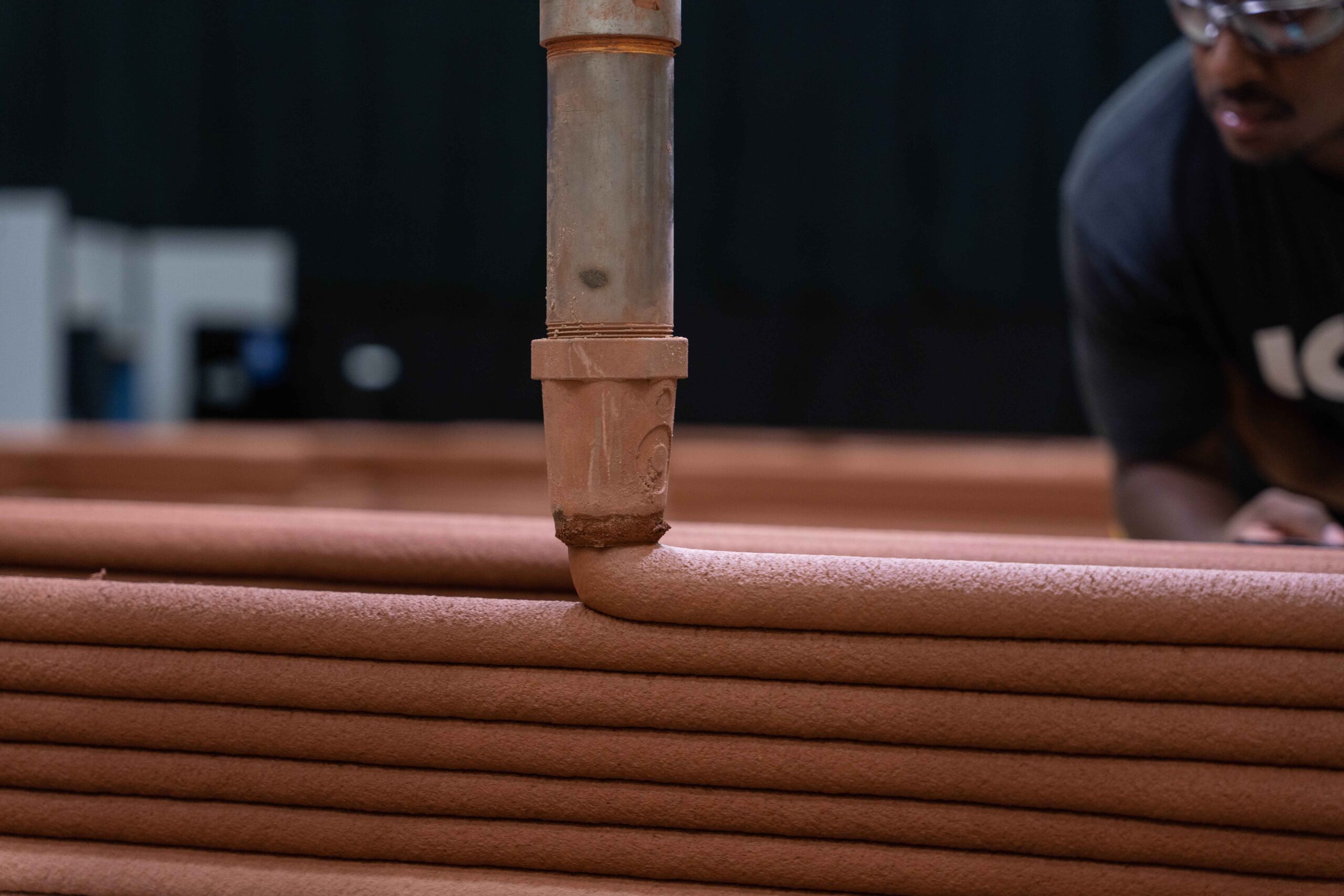 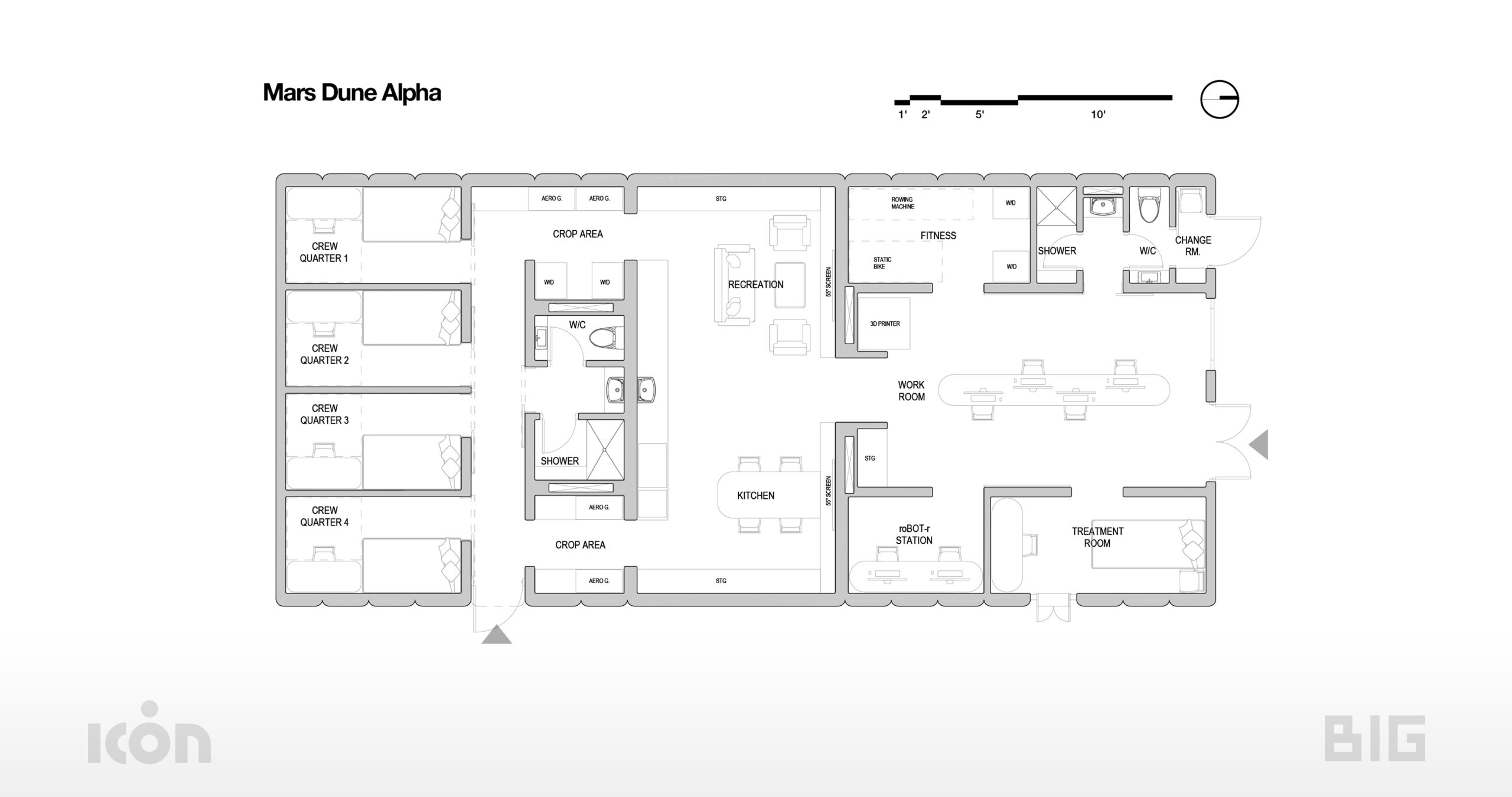 CHAPEA, is a sequence of three one-year Mars surface mission simulations at the NASA Johnson Space Center in Houston. The analog missions will provide valuable insights and information to assess NASA’s space food system, as well as physical and behavioral health and performance outcomes for future space missions. NASA will use research from the Mars Dune Alpha simulations to inform risk and resource trades to support crew health and performance for future missions to Mars when astronauts would live and work on the Red planet for long periods of time.

Future space exploration habitats have the potential to be 3D printed with additive construction technology to eliminate the need to launch large quantities of building materials on multiple flights, which is cost prohibitive.

“This is the highest-fidelity simulated habitat ever constructed by humans,” said Jason Ballard, co-founder and CEO, ICON. “Mars Dune Alpha is intended to serve a very specific purpose–to prepare humans to live on another planet. We wanted to develop the most faithful analog possible to aid in humanity’s dream to expand into the stars. 3D printing the habitat has further illustrated to us that construction-scale 3D printing is an essential part of humanity’s toolkit on Earth and to go to the Moon and Mars to stay. ”

Life in Mars Dune Alpha will resemble the expected experience for those living in a future Mars surface habitat. Designed by BIG-Bjarke Ingels Group, the layout of the innovative structure is organized in a gradient of privacy. Four private crew quarters will be located on one end of the habitat; dedicated workstations, medical stations and food-growing stations are located on the opposite end, with shared living spaces found in between. Varying ceiling heights vertically segmented by an arching shell structure accentuate the unique experience of each area to avoid spatial monotony and crew member fatigue. A mix of fixed and movable furniture will allow crew members to reorganize the habitat according to their daily needs, as will the customizable lighting, temperature, and sound control – helping regulate the daily routine, circadian rhythm, and overall well being of the crew.

“Together with NASA and ICON, we are investigating what humanity’s home on another planet will entail from the human experience,” says Bjarke Ingels, Founder and Creative Director, BIG-Bjarke Ingels Group. “The data gained from this habitat research will directly inform NASA’s standards for long-duration exploration missions, and as such will potentially lay the foundation for a new Martian vernacular. Mars Dune Alpha will take us one step closer to becoming a multiplanetary species.”

Ballard continued, “Bjarke Ingels and the team at BIG are incredible thought leaders in the architecture space. It was important to have a partner who believed in this transformative role of the future of construction and who could help us imagine pioneering new frontiers — both materially, technologically and environmentally.”

Today, NASA has begun its recruitment for the long-duration Mars mission analog study inside the 3D-printed habitat. Applications to participate as crew are being accepted through mid-September 2021 for the one-year analog mission that starts in Fall 2022.
To learn more or to apply, visit www.nasa.gov/chapea/participate.

ICON also received funding from NASA and launched “Project Olympus” to begin research and development of a space-based construction system to support future exploration of the Moon. As part of a government Small Business Innovation Research (SBIR) contract, “Project Olympus” brought ICON and BIG together again to imagine humanity’s first home on another world.

Known for its advanced 3D printing technology for homebuilding on Earth, ICON delivered the first, permitted 3D-printed home in the U.S. in 2018. Since then, the team delivered the world’s first 3D-printed community of homes in Mexico in partnership with housing nonprofit New Story (as seen on Apple TV+ docuseries, “HOME”), completed a series of homes serving the chronically homeless in Austin, TX with nonprofit Mobile Loaves & Fishes at Community First! Village and forged a partnership with the Defense Innovation Unit and United States Marine Corps. In 2021, ICON entered mainstream American housing by printing the first 3D-printed homes sold in the U.S. and launched its Exploration Series of homes pushing the boundaries of architecture and design in 3D-printed home construction. The Austin-based technology company continues to break ground on additional projects spanning mainstream developments, social/affordable housing, disaster-relief housing along with continued work with the Department of Defense and military forces.

BIG-Bjarke Ingels Group is a Copenhagen, New York, London and Barcelona based group of architects, designers, urbanists, landscape professionals, interior and product designers, researchers and inventors. The office is currently involved in a large number of projects throughout Europe, North America, Asia and the Middle East. BIG’s architecture emerges out of a careful analysis of how contemporary life constantly evolves and changes. By hitting the fertile overlap between pragmatic and utopia, we architects once again find the freedom to change the surface of our planet, to better fit contemporary life forms.