From the architectural design industry to the IT industry

I studied architecture at university and joined Kengo Kuma and Associates in 2007.
I have been involved in architectural design for nearly nine years, and have been in charge of a variety of projects, from housing to the Kabuki-za Theater, and projects in China and Taiwan.

We then moved to LINE. It all started as a project of NHN (the company before it changed its name to LINE), which participated in a competition to build an art museum and hotel in Yufuin, Oita Prefecture.

I went to their office for a presentation and formed a project team to work in their office, but I was surprised at how different the working environment was from that of a design firm.
The office environment and the way the people who work there move are completely different, which is interesting.

I was originally interested in the IT field, but as I studied further and worked on the project, I became absorbed in it.

While doing so, I decided to move to LINE in order to start up a space department in the branding department of LINE.
When I joined LINE, we had about 900 employees, and my four-year tenure coincided with the company’s explosive growth, as the number of employees grew to about 6,000 and we opened offices in Vietnam and Thailand. 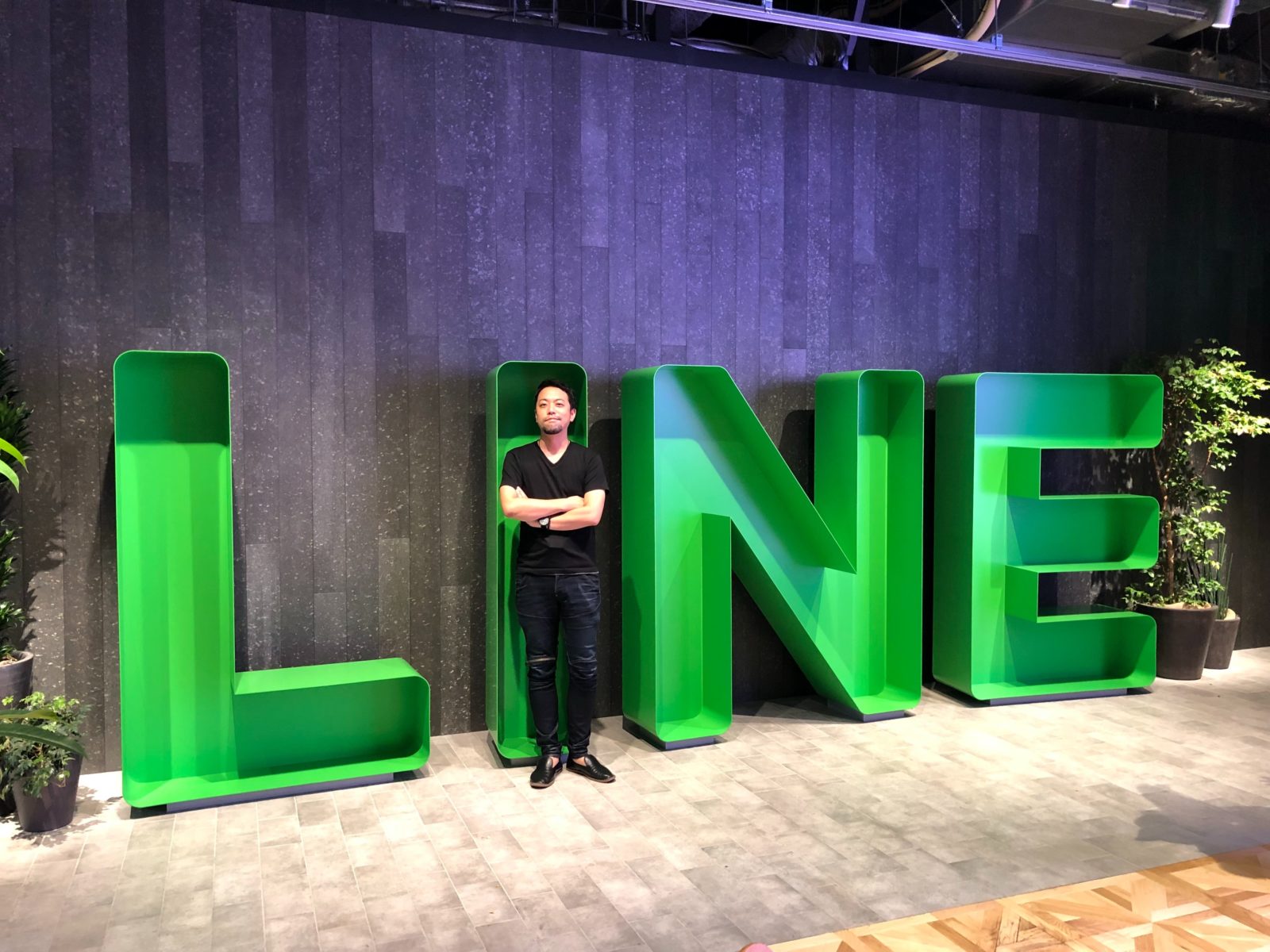 Can we increase the monetization point of the design?

By comparison, when Facebook was exploding, people were saying things like “Mark Zuckerberg has trillions of dollars in assets.
Their services are structured to monetize 1:100 million or 1:1 billion. That is the fundamental difference.

I had always heard that it was difficult to run an office because of the low design fees in architecture.
I was really interested in seeing if we could change the fundamental structure of it.
That’s why I wanted to learn more about the context of IT, so I moved from Kuma’s office to LINE. 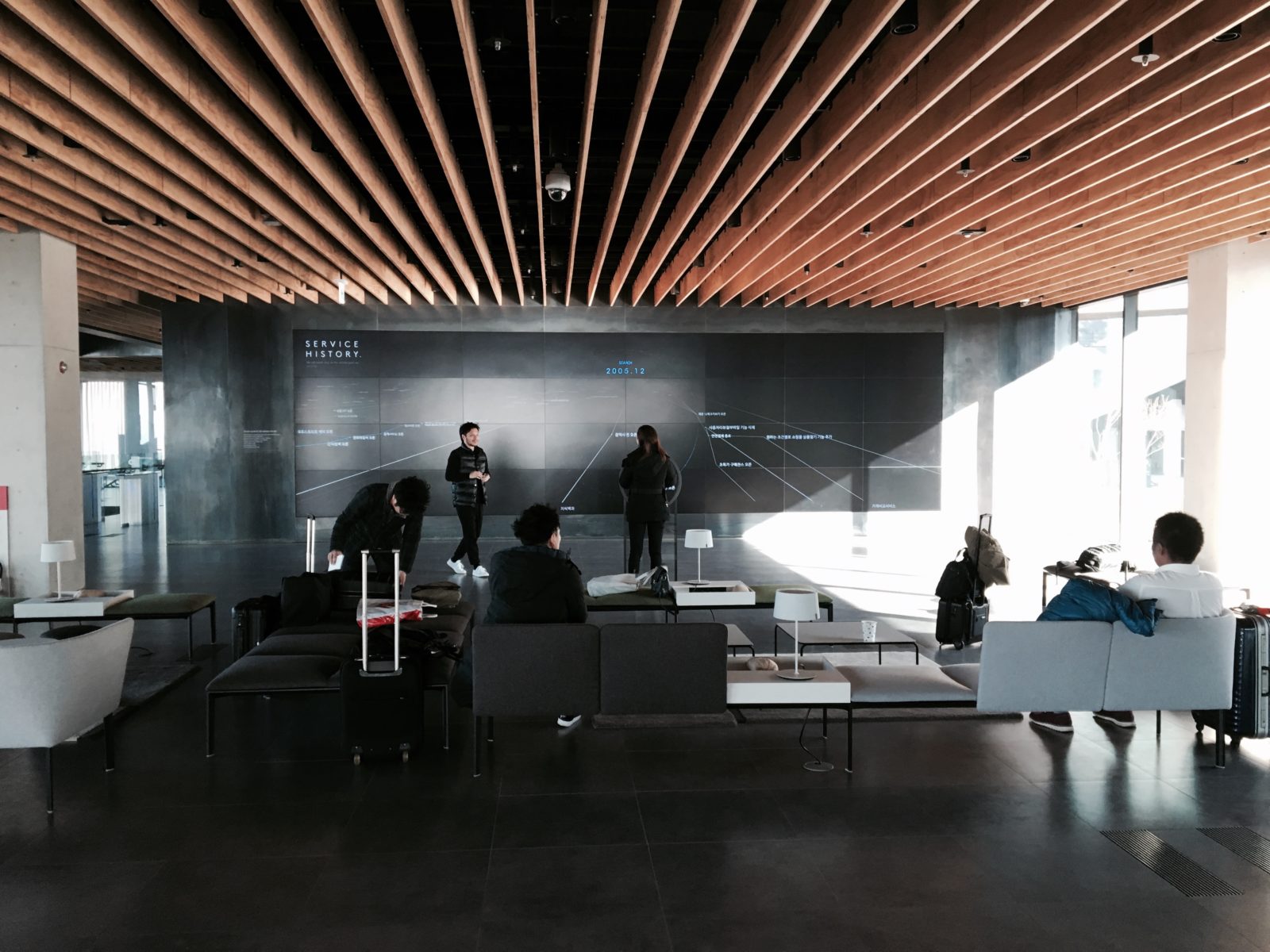 Thinking about independence and starting a business

LINE’s office was designed by Makoto Tanijiri’s Support Design Office.
Tanijiri asked, “What do you mean you quit Kengo Kuma’s office to join an IT company? He was amused by it.

I was talking with Mr. Tanijiri about IT work during the design phase of the office, and we were exchanging opinions about the role of platforms in the construction industry.

One day, Mr. Tanijiri told me that “we had done it,” and sent me a video of the service that would become TECTURE.
”It’s so early, congratulations. When I replied, “I’ll help you if anything happens,” he said, “No, no, you’re going to do it as the president, aren’t you, Yamane?” I said, “Well, I’ll do it, then.” (laughs)

At the time, I was thinking of moving on from LINE to do something else, so I jumped at the chance to start my own business.
The story began to take shape at the beginning of 2019, and in February, we launched the company and further explored the business model.

I worked in a studio office, so I didn’t feel at all uncomfortable about going independent. It just became the context of IT.
However, the mainstream of role models in design firms is to graduate from a famous university, go to a renowned studio office, and then go independent.
They started working on a small scale and won a competition for a public facility, and the office gradually grew.

My seniors at the firm were all excellent people, and they started their firms one after another.
When I became an independent business model and rode the same rails as my predecessors, all I could see was my back.
As an architect, I felt that it would be good to have more rails.

Of course, if I can reach the level of Mr. Kuma, I think I will be a great architect.
However, I wondered if it would not scale up if we all shared a limited piece, and if there was a different way to start a business.
(Continued on #03) 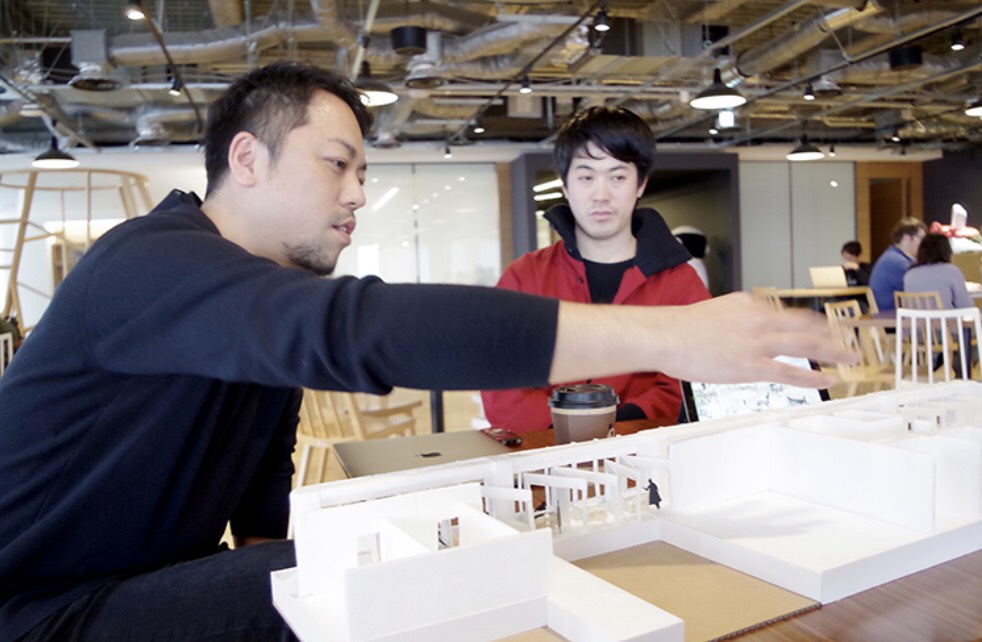 LINE時代に、隈研吾建築都市設計事務所出身の百枝優氏と | When a member of LINE, worked with Mr. Yu Momoeda, a former member of Kengo Kuma and Associates 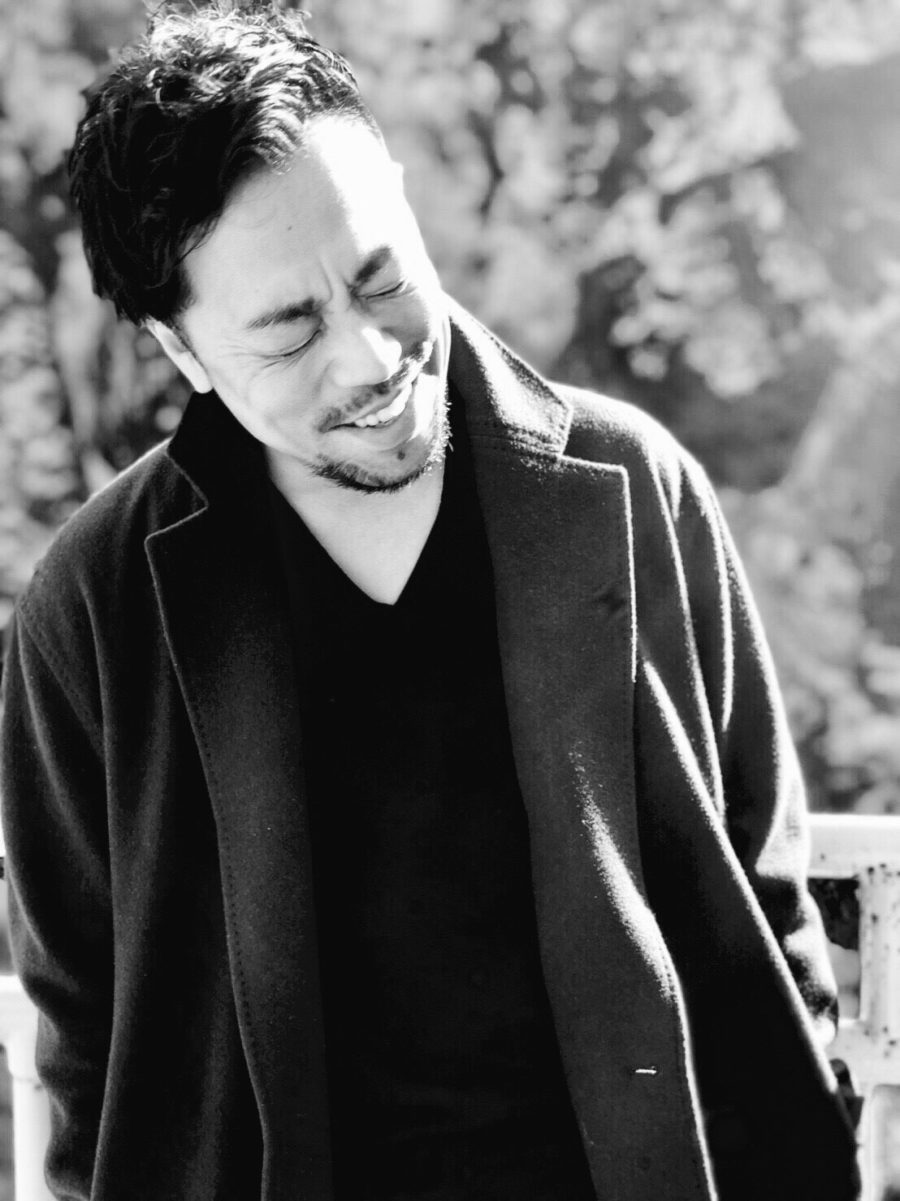 山根 脩平
1984年生まれ。近畿大学理工学部建築学科卒業後、隈研吾建築都市設計事務所入社。その後LINE株式会社にて空間ブランディングの組織を立上げ。2019年2月、tecture株式会社を設立し、8月より現職。2020年2月に建築・設計者向けの画像検索プラットフォーム【TECTURE】、業界情報に特化したメディア 【TECTURE MAG】をリリース。
隈研吾事務所では住宅からホテル、歌舞伎座までさまざまなスケールの物件を担当し、海外の大型物件も多数マネジメント。その後LINEでの経験を通して、ソーシャルメディアの可能性、アクティブ・オープンな働き方が設計業界と大きく異なることを肌で感じ、tectureを起業するきっかけとなる。tecture設立後、設計業界の未来を明るく、より面白くするプロダクト作成に日々没頭する。
Shuhei Yamane
Born in 1984. After graduating from the Department of Architecture, Kinki University, joined Kengo Kuma Architectural and Urban Design Office. After that, LINE Co., Ltd. launched a space branding organization. Established tecture Co., Ltd. in February 2019, and has been in his current position since August. In February 2020, released an image search platform [TECTURE] for architects and designers, and a media [TECTURE MAG] specialized for industry information.
When he was a member of the Kengo Kuma Office, he was in charge of properties of various scales from housing to hotels and Kabukiza, and also managed many large overseas properties. After that, through the experience at LINE, he felt that the possibilities of social media, active and open working styles are very different from those in the design industry, and it became an opportunity to start tecture. After the establishment of tecture, he devote himself to creating products that will make the future of the design industry brighter and more interesting.