On April 17, 2020, the Architectural Institute of Japan (AIJ) announced the 2020 AIJ Prize, sponsored by the AIJ.
The most prestigious architectural award in Japan, and one that attracts attention in the design world every year, is the “Design” category. 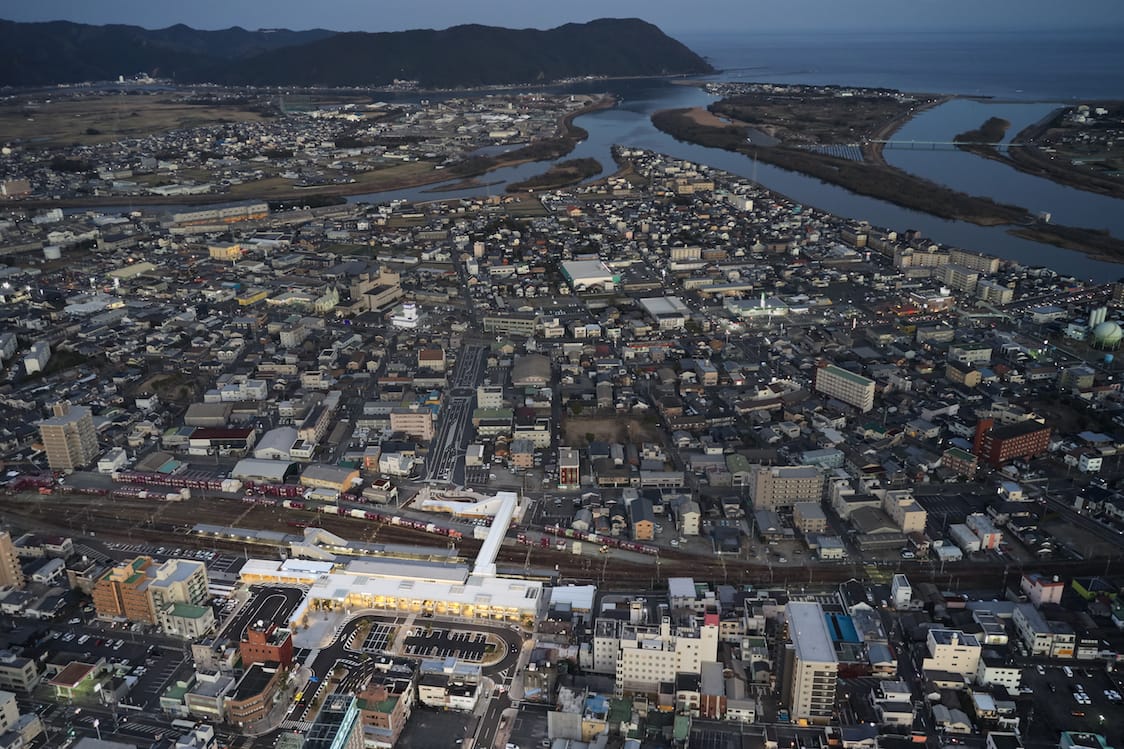 Overcoming the crisis together

── Congratulations on your award. First of all, can you tell us what you think?

Kumiko Inui: Thank you very much.
It was a project that took about eight years to complete, and many people were involved in the development of the city.
There were moments along the way when the project itself seemed to be turned upside down, but one by one, we were able to overcome these incidents together with the people involved.
I’m delighted that it turned out to be a good project for a third party.

── Have you applied for the Prize of AIJ for Design before?

At the conference, there are not only design professors, but also structure professors, and there are many types of people from planning, facilities, environmental engineering, and history.
I thought it would be very difficult to convince all the people with such diverse criteria.

── What made you happy to be evaluated by the judges?

Inui: Yes, I think the design supervision system is highly regarded as well as the architecture.
There were many different designers involved in this project. Still, they were not only responsible for the primary and implementation design of the building, but also for coordinating the whole project.
We give a little advice to the local architects who designed it, and we tell the designers who are involved in the seismic retrofitting of the adjacent station buildings that we are working under these common rules.

At first, I was worried about whether the design supervisor would be able to do well, but it turned out to be most successful, and I think it’s a big reason why people appreciate it so much.

Because the concepts of structural safety are quite different between civil engineering and architecture, there were some problematic points to discuss. Still, we managed to overcome them, and I think the fact that both sides persevered while respecting each other’s target values was also appreciated.

In addition to that, I was very particular about architectural design, so I think they appreciated that as well.

── So you were involved in a wide range of fields.

Inui: Recently, more and more architects are getting involved in town planning, aren’t they?
It seems that the so-called “urban planning” is getting out of hand now. This is a situation where methods such as zoning and subdivision, which control cities based on the premise of growth, are not functioning well, making it very difficult to control cities.

Tactical urbanism, on the other hand, is a method of regenerating a city from a point to a surface by changing the “grain” of the city.
I think that architects are becoming more and more indirectly involved in town planning and urban planning as one of the entities that create grain. 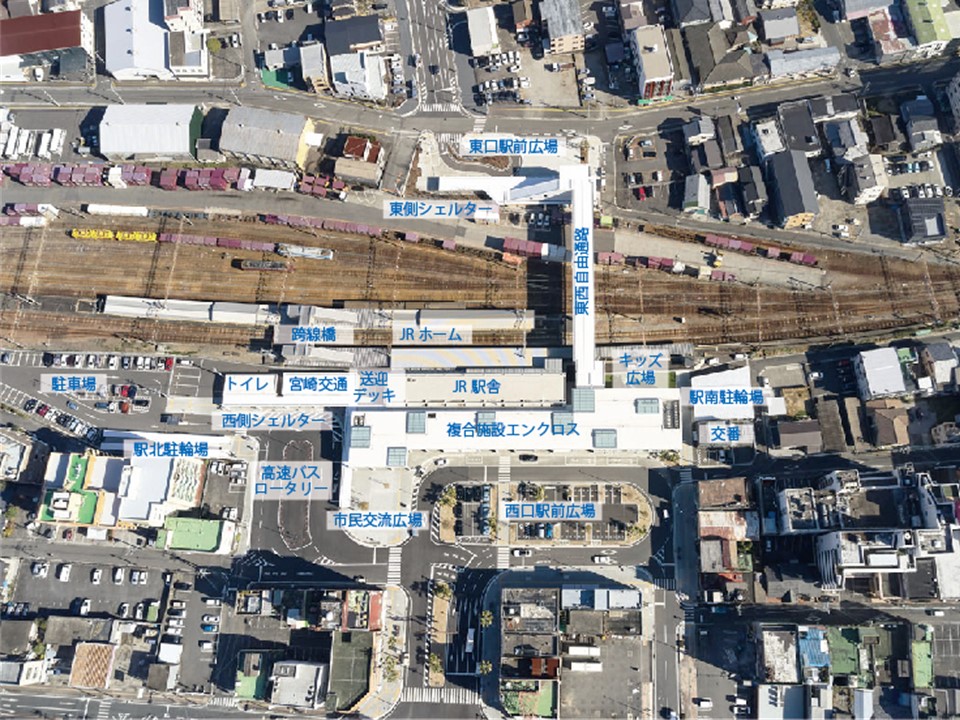 ── Could you tell us a little bit about the Nobeoka project?
Inui: Nobeoka City contacted me at the end of 2010. “We have a nomination proposal. Can you participate?” I’m not sure how I’d like to do it.
I think it was just before the Great East Japan Earthquake, but a proposal was made.
The proposal asked us to make a presentation on a single sheet of A1 size paper about how we would like to create a “lively facility” in front of the station.

The site was vague, the program was undecided, and the proposal wasn’t really sure what to propose. I thought, “This is a problem.”
In a normal proposal, we were asked to design the building, so we had to work with a few staff members.

It was clear to me that I would be involved in city planning, so I decided to check the history of city planning first. I re-studied what laws were in place and why local cities were screwed up, and I submitted a report of sorts.
In the end, all I wrote and presented was, “You have to do it in a bottom-up manner, in cooperation with citizens. I didn’t draw a picture of the plan, all in writing. Then, the evaluation was, “That’s what we wanted to hear.”

Other architects had made plans and proposed specific things, such as drawing a perspective, but I think that was probably too early for the situation in Nobeoka at the time. On the other hand, we only communicated our attitude, so people expected us to do everything, and I think that was rather good.
The judges included architect Hiroshi Naito, community designer Ryo Yamazaki, the mayor, and other influential people from the city. 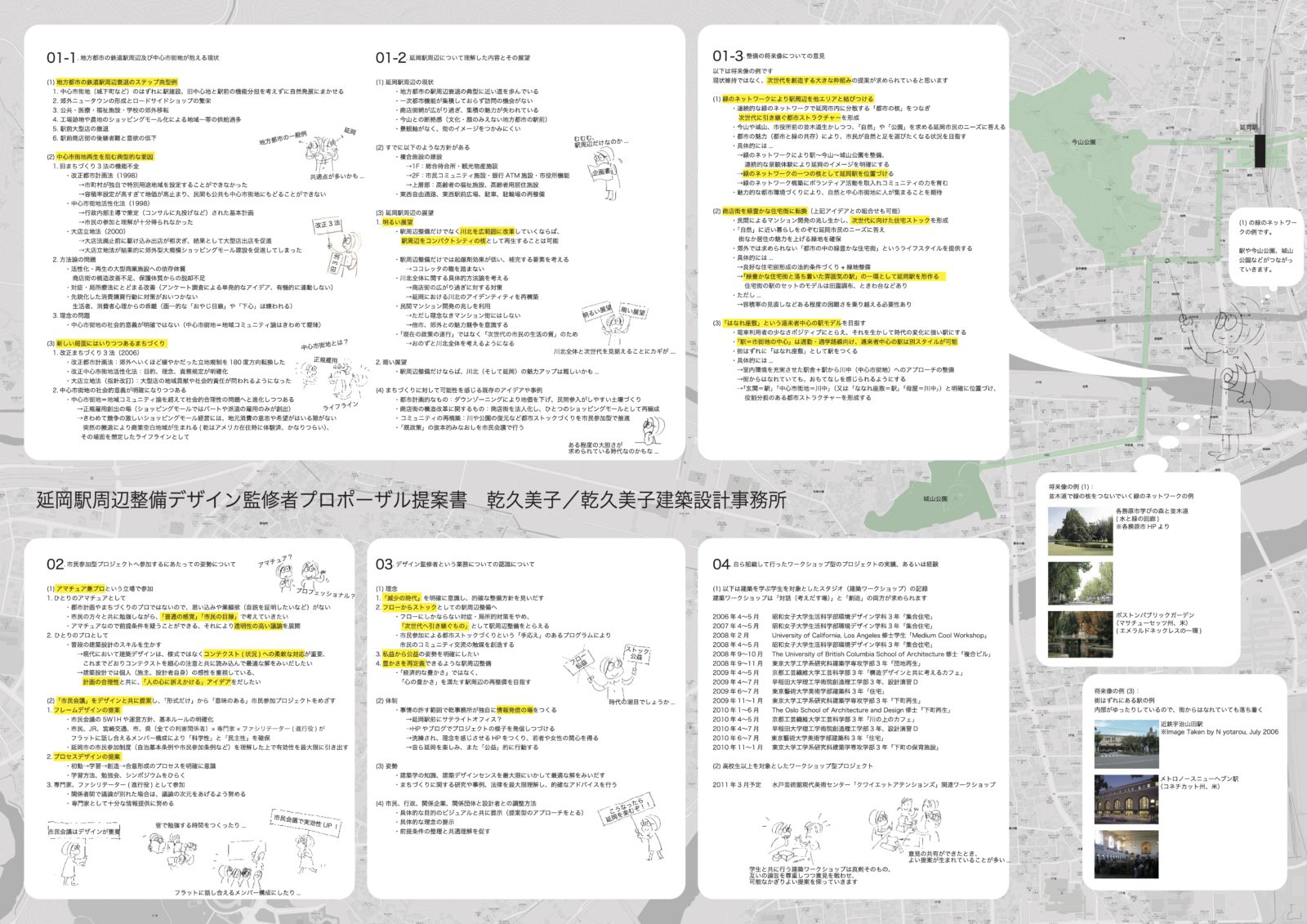 ── So you didn’t even know what you were going to make when you first started?
Inui: Yes, for a year in 2011, I worked with Ryo Yamazaki to hold a workshop to capture the needs of citizens.

It had been decided that we would create a place in front of the station. Nobeoka City merged with the surrounding towns and villages as a latecomer to the Great Heisei Merger, and the backbone of the project was to make the best use of the bonds available to issue special bonds for the merger.
The area in front of the station was chosen as the target, and it was decided that we would create something there.
So we spent a year working with citizens to figure out what we should create.

We also held the Ekimachi Conference, which was a place to discuss what kind of station should be in front of the station with the JR, bus, and taxi companies that are involved in the transportation business.
We were building a consensus on what kind of hardware we should improve.

We are thinking of ways to change the shape of the roundabout and decide to build a building between the station and the roundabout. Then I asked the citizens, “We can make a building with this much square footage, but what would you use it for? I asked them about this.

「駅まち会議」の様子。内藤 廣氏らとともに | A scene from the "Station Town Meeting". With Hiroshi Naito and others

Many of the opinions that came out of the civic workshops were fluffy. It’s often a verb that goes something like, “I want a cup of tea.”
In the second year, it became a task of making it into a noun. We went on to consider what kind of room we should be in to receive that verb.

Specifically, we took on the task of surveying the places where citizens gather all over the country to find out. For example, if we wanted to create a place for civic activities, we made a detailed survey of how many lockers we would need and prepared a report.
Urban planning consultants often do this kind of work, but we were doing it instead.

── Did you decide to do some research on your own?

Inui: No one knew what the “design supervisor” was supposed to do, right?
The person in charge of the city said, “If there is something we don’t understand, let’s have Ms. Inui take it to her.
I said I agreed to give it a try, and continued to do so. Normally, architectural design firms don’t do much work, but Yamane, the person in charge, had a strange power, and before I knew it, a full report had been prepared.

In the second year, we did this to slightly shaping the needs of the citizens, but we also had more detailed discussions with JR and the transportation company.
We’re starting from a place where we don’t even have a clear budget, and we need to talk about cost-sharing underwater.
In other words, I spent two or three years building the backbone of the project.

In the meantime, I continued to drawings. Because no one can move anything without foundation. You’ve redesigned it many times, and you keep drawing schematics. That’s what I thought was required of a design supervisor.
At the same time, we are designing the seismic retrofitting of the JR station building and the design of the upper part of the free-access corridor, and we are running these concrete designs in parallel.
Then, about four years later, we started designing the centerpiece of the project, encross.

金沢21世紀美術館で開催された『3.11以後の建築』展では、事例調査した建築の模型を大量に制作 | At the "Architecture after 3.11" exhibition held at the 21st Century Museum of Contemporary Art, Kanazawa, a large number of modeled architectural models were produced Provided by Inui Architects
FEATURE2020.05.14 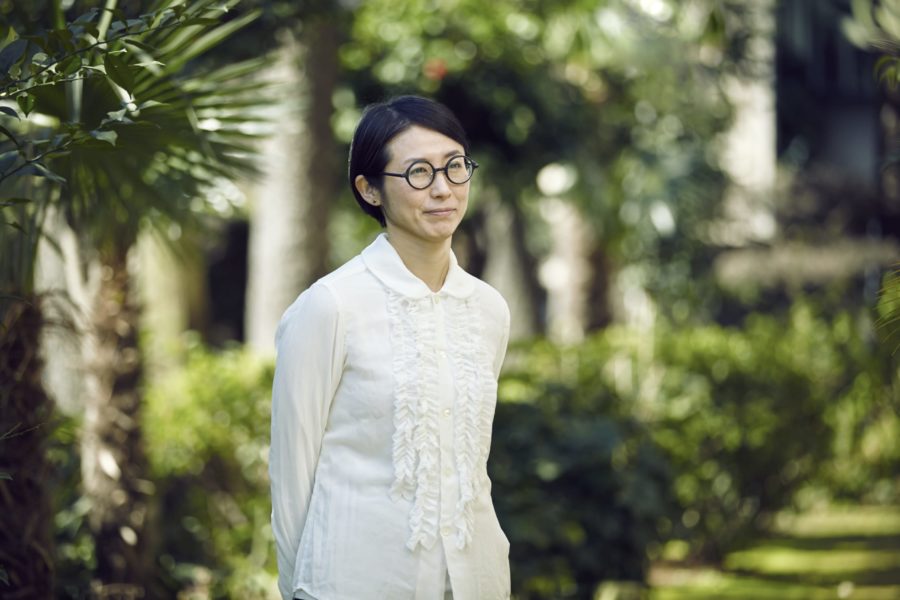