Junpei Nousaku (Nousaku Junpei Architects) became independent in 2010 after working for an atelier-type architectural design firm.
In 2020, he crowdfunded an office and a shared store called “Fujimidai Tunnel” in a new town in the suburbs of Tokyo.

We interviewed Mr. Nousaku, who has been thinking about creating places to live, work, and communicate.
What are the future ways of working that have come to light through his practice?

Nousaku also discusses how architects can make the most of their profession.
How do architects get involved in projects, and how do they manage them?

Nousaku says, “I have been repeating small experiments,” and we will look into the possibilities he has discovered.
(jk)

You can work in a bed town, right?

Here at the Fujimidai Tunnel, the way we work is one of the themes. I just happened to be moving into this apartment complex. Until then, I had been in the city. When I was working for Go Hasegawa, his office was in Shibuya, and he lived in Nakameguro. It’s within walking distance by bicycle.
After that, I rented a single floor in Nishi-Azabu in Roppongi, Tokyo, where I lived and worked. When I got married and had children, I looked for a place to live in the entire Tama area, halfway between my wife’s parents’ house and the city center, and happened to find a property in a housing complex in Fujimidai, Kunitachi City.

We renovated the house and started living there, and created an office in the neighborhood. There was an unused plot of land in front of the market for an apartment complex, so we renovated it.
Most people, when they have the freedom to choose where they live and work, they are closer to each other, aren’t they? But if you do it in the suburbs, you lose your mind. There’s a sense of atmosphere that a bed town is a place to sleep, and it’s very floating. As I walked through my neighborhood during the day, I felt people looking at me and saying, “You’re unemployed, aren’t you?

The only people there were grandparents, grandmothers, and mothers pushing strollers, so there was no sense of work at all. I think this is due to the influence of the urban structure that was created during the period of economic growth. That’s a bit inconvenient for someone like me who works in that type of environment.
On the other hand, I wondered if I could work in a place like this a bit more. It’s a great environment to live in, and I feel like I can be more creative here, but I’ve had the dilemma of not being able to tell people about it. I thought that if I created a place, space would explain it to me rather than me explaining it to you. 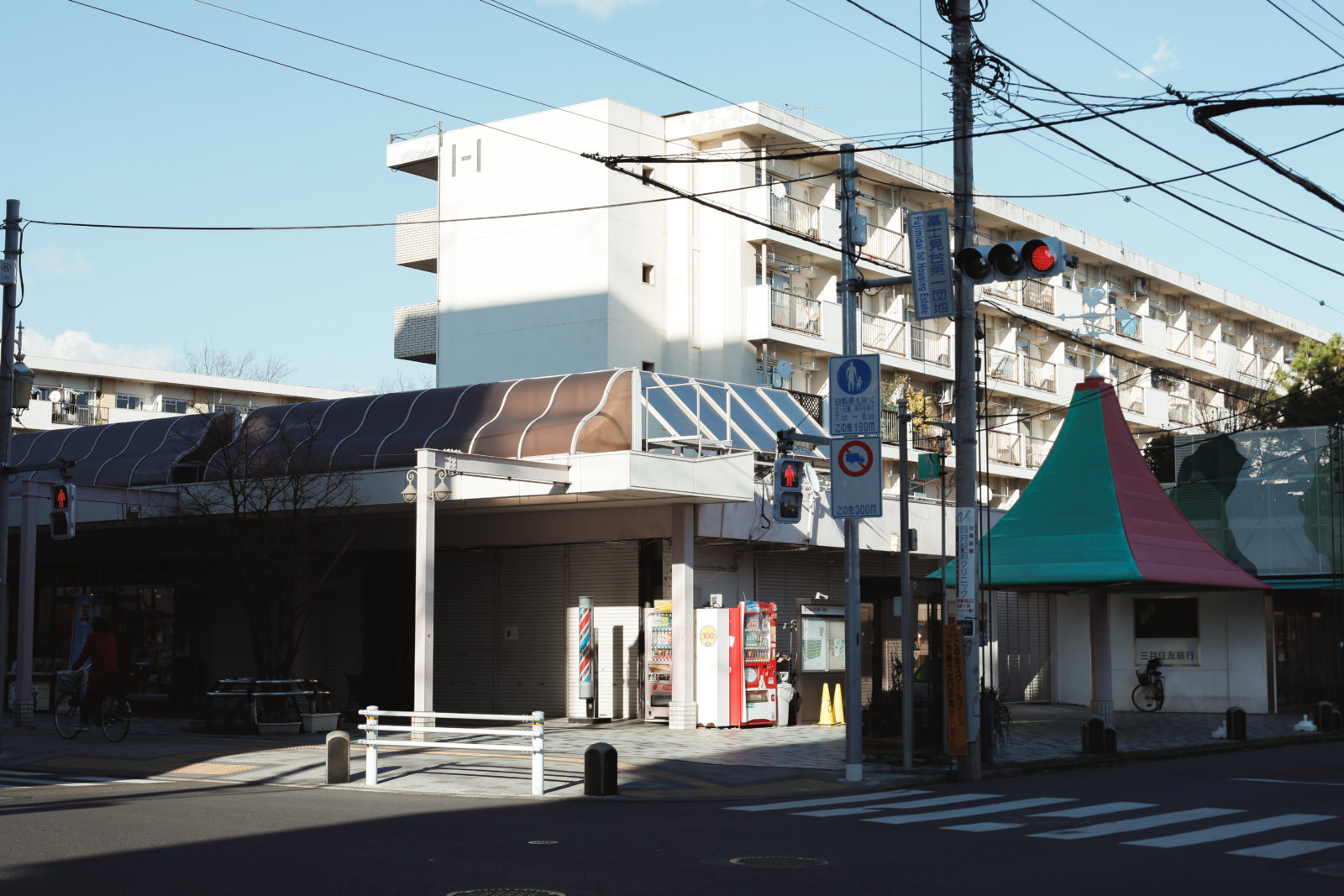 The suburbs have little pride?

I felt like there was no place for discussion in Newtown. It’s not like it’s a salon like a place or a place to socialize at night. I guess it should be developed as a wholesome town and not have a social scene at night. It didn’t feel like a downtown area that needed to be drunk.
I started out thinking that it would be nice to have a place where I could go out for a drink and talk to regulars like I did when I was living in the city, but even if there was a space, there would have to be no people there… All of my friends work in the city, too. There is a space, but if there are no people there, nothing will happen, so I think it’s necessary to have a plan to attract people.

From that time on, my workload gradually increased, and I was called into meetings frequently. Even though I’ve created a comfortable space here and set up my office close to home, I end up having to take the crowded train to the city center that I’ve been avoiding. I thought it was very contradictory.

I realized that the suburbs, even though they have a nice environment, somehow have little pride. We live in the city center, so of course, we’re going to be there. Maybe everyone is happy because it’s convenient, but I don’t think it’s worth it to be demeaning to be in the suburbs.

I was wondering if I could make it interesting and get people to come here. Even if I asked them to come to my office, “We’ve cleaned up the office, so please come and see us,” it would be too much to ask them to come from the city center for an hour.
If you say, “We have good coffee,” or “We have a shop like this,” it makes it a little easier for people to come. Now we can meet and communicate remotely, so I thought I’d like to convey the style of working here as much as possible. 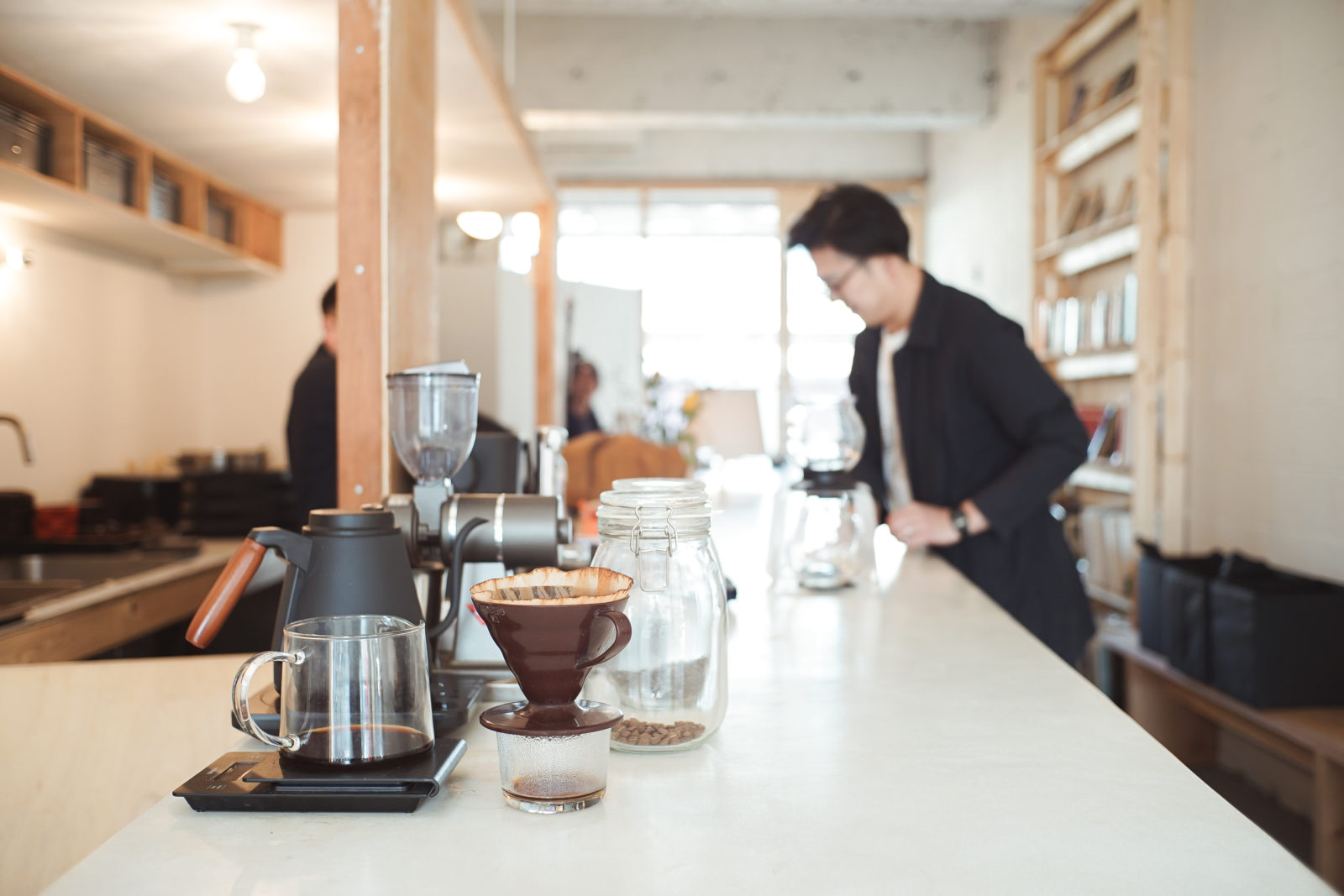 Things are born through sharing, and people come

The previous office was located on a block at the end of the street, not facing the road, so we wanted to go out a little further and make the office wider, so we moved here (Fujimidai Tunnel). We originally envisioned having a separate function from the office, didn’t we?
We also looked for vacant houses that were becoming a problem around us, but this tenant in the complex just popped up. There is a bus stop in front of me, and the front road is the main street of Kunitachi city. We decided that it would be better to have an open space, including the location.

Half of the Fujimidai Tunnel is an office, and the other half is a “share store,” where the kitchen is shared for monthly members. The renter can open a shop as a shop owner, and so on.
Then comes the person who will create the service. When such things are in motion that has nothing to do with the office, let alone eating and drinking, that’s where the arguments come into play. At the same time, a project may be born out of it.

Of course, it’s not limited to architecture, but it’s also something like, “Let’s try a new shop,” or “If you collaborate with that person, you can make a new shop like this.” Since that has increased so much, people are coming from the city center without having to go to the trouble of hosting themselves and inviting people over.
(Continued on #02) 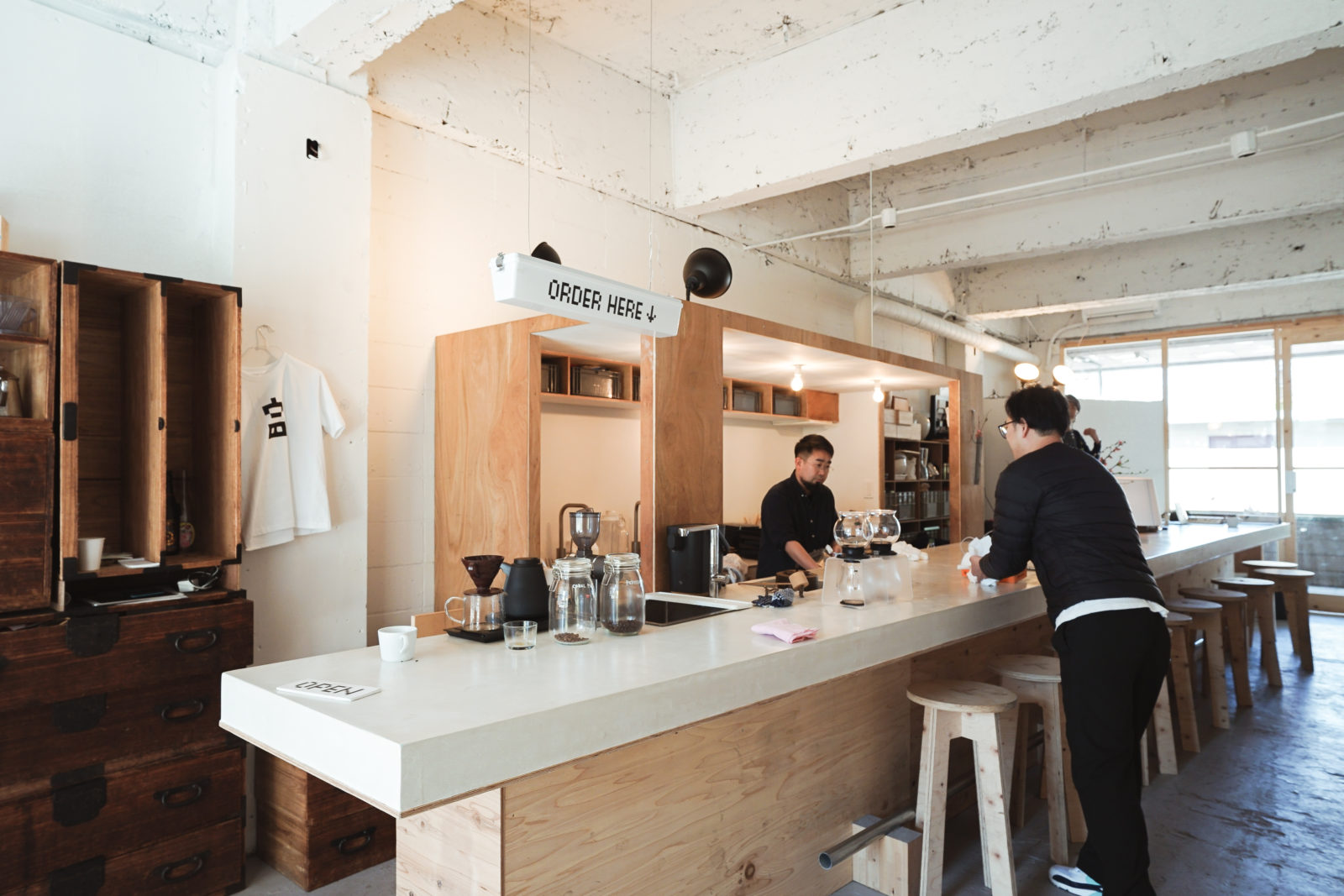