(This page is a continuation from #01 Honesty = design, “honest design” theory)

Architects can be strong professionals who deal with space

Ashizawa: I once designed a television for a manufacturer, and I asked myself, “What kind of space do we set the television in?” “Isn’t the conventional TV too big for that space to begin with?” “Hotel televisions are always flattened to the wall, but have you thought about their relationship to space properly?” This is where I started thinking.

If they don’t understand these things, they won’t like the TV, and they won’t use it, even if they need it.
Eventually, it will become “I don’t need it; I can live with it.”
Because it’s large and can be seen by everyone, I think it’s important to propose a set that includes a space that can be viewed by everyone, or else users won’t be able to understand it.

On the other hand, product developers tend to look for better products, better performance, and differentiation.
But when you look at it through space, you wonder, “Is that differentiation necessary? This is often the case.

An architect is a profession that deals with space, a professional who can handle length. For that reason, I think it will become a profession that will be sought after by society in many ways.
At the very least, that’s how I’m working, and I’m sure there are many jobs like that.

Lately, I’ve been doing a lot of hotel-related work. I’ve been working on both architecture and furniture design for a long time, so I think that’s something that a typical design firm can’t do, in the sense that we can create everything from scratch, from counters and other hotel fixtures to the sofas that come into the hotel.

Furniture design is ultimately measured in millimeters and is much more acceptable than architecture. You have to take a close look at it to see if there is a problem or not. This is interesting, but it can also be a bit of a chore.

It’s hard to know if it’s a good design or a bad design, unlike space.
I can tell if it’s right or wrong, but whether it’s sound design and iconic enough to stay with you for a long time doesn’t come up with a little or no consideration.

When architects are also involved in designing furniture, what we call furniture designers, they have to think in terms of the space. I think it’s always the same thing.

I work with many different furniture manufacturers and lifestyle brands, and we often talk about “space differentiation.”
When we get into the details, it’s like we come back to space.

It’s as if it becomes a spatial project with me in between.
Furniture and products created in this way are more comfortable to convey in words to the users they want to reach, and they’re more persuasive because they show the space.

From a spatial designer, I would like to see living in a space not as a matter of “clothing, food, and housing,” but as “housing, food, and clothing” at the top of the list.
Surrounding yourself with suitable materials and good design will foster a sound mind, and I think that’s one aspect of it.
That’s why we do every project, including furniture, a space project. 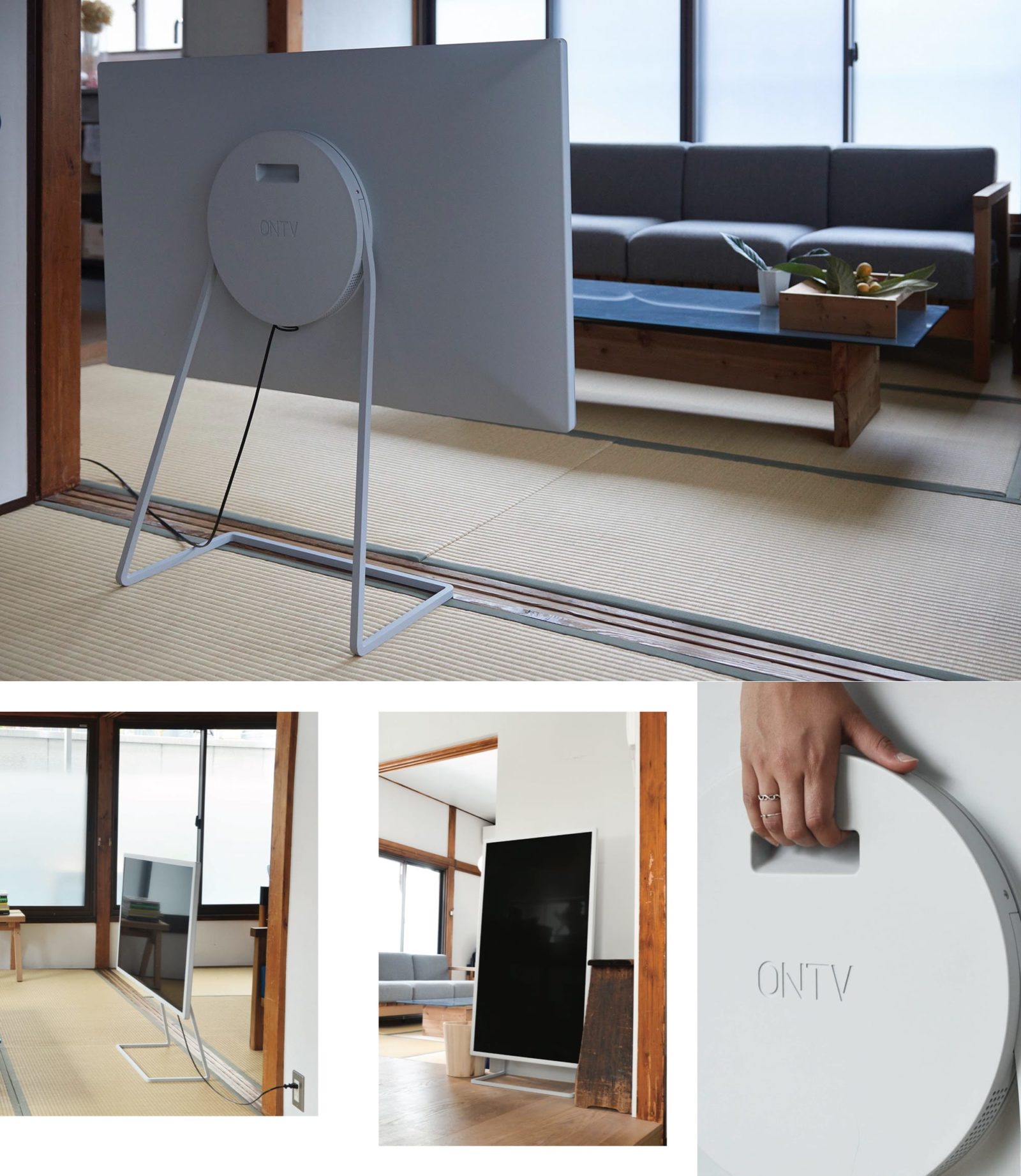 芦沢氏がデザインしたテレビのコンセプトモデル「ONTV」（Panasonic）| 'ONTV' (Panasonic), a concept model of the television designed by Keiji Ashizawa

Think of furniture and space as one

── At REAGE KINUTA TERRACE, I got the impression that the architecture, interior, and furniture were all integrated into one project. (Note: A renovation project for an apartment house jointly designed by Keiji Ashizawa Design and Danish firm Norm Architects. Here, 12 custom-made furniture is produced in cooperation with furniture manufacturer Karimoku. This furniture series is part of the “KARIMOKU CASE STUDY” collection)

The Case Study House Project in the United States is just like that. After the war, there wasn’t enough living space for people returning from the war, so they tried to create modern living spaces in very inexpensive housing.

“KARIMOKU CASE STUDY” is also a project to develop furniture using the housing complexes in Kinuta, to show how important furniture is in that sense.
The word “case study” has a kind of experimental feel to it, a sense of “how it should be done.” This is the ideal that is incorporated into the project.

As we worked on the project, we quickly realized that this should be an advantageous way to promote the project.

Furniture designers have been making furniture in the context of architecture for a long time. Still, at the time, it was a simple matter of thinking of furniture and living space together.

In that sense, KARIMOKU CASE STUDY is very experimental and in the case study house’s spirit.
The other day, a creative director named Brad came to Japan from Los Angeles and said, “You should exhibit and promote KARIMOKU CASE STUDY at Case Study House.” It’s interesting. The story has gone from there.

A good project involves a lot of people, and a mysterious story is born. 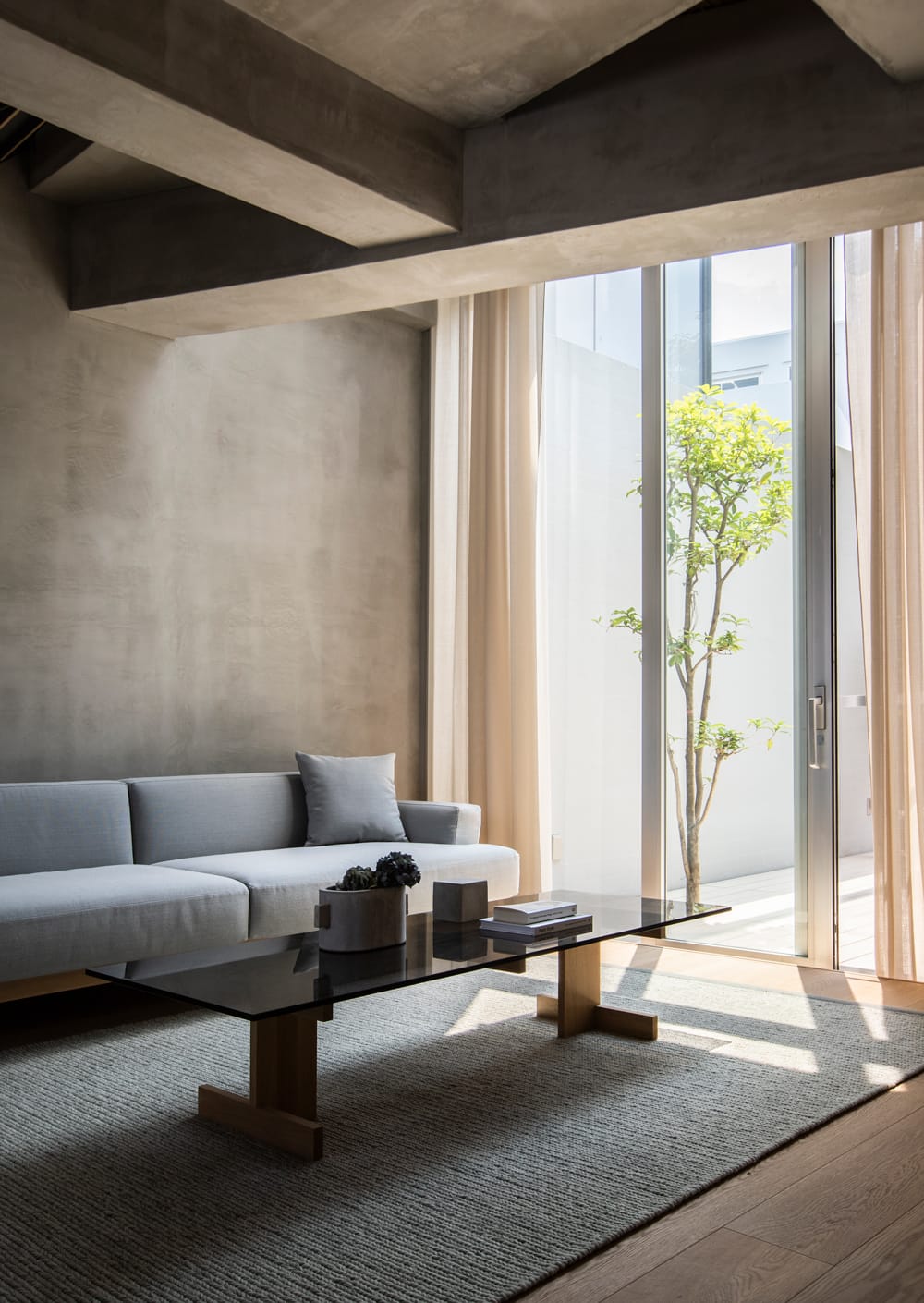 Thinking about the meaning of manufacturing together

─ When there’s a story to tell, it’s easy for people to relate to it.

Ishinomaki Laboratory, which I helped to establish, is about to turn ten years old.
We are not relying too much on the original story of “the victims of the Great East Japan Earthquake recovering on their own.” Still, instead, we have been expanding by working with people who share our vision and using the possibilities stories of Ishinomaki Laboratory’s furniture. I think that’s important.

As a small workshop of about six people, it’s also essential that they grow steadily and earn a stable income. As long as there are people who buy our products, we have a responsibility as a manufacturer. It’s only natural that you have to be around for a long time.

We are building a place called “Ishinomaki Home Base,” which is scheduled to open in the fall of this year. It will be a guesthouse designed by four designers attached to the showroom of Ishinomaki Laboratory.
It will serve local beer made by a local company called Ishinomaki Farm and have a bicycle workshop. Every time you visit, it will be a fun place to stay.

The reason we decided to open Ishinomaki Home Base was not because of unusually good sales at Ishinomaki Laboratory, but because there were people who shared our intentions. These things happen.

I think the role that manufacturers should play in rural areas is in some ways similar to what Ishinomaki Laboratory was aiming for.

(Continued on #03 Effective SNS of design office is Instagram 1 choice!) 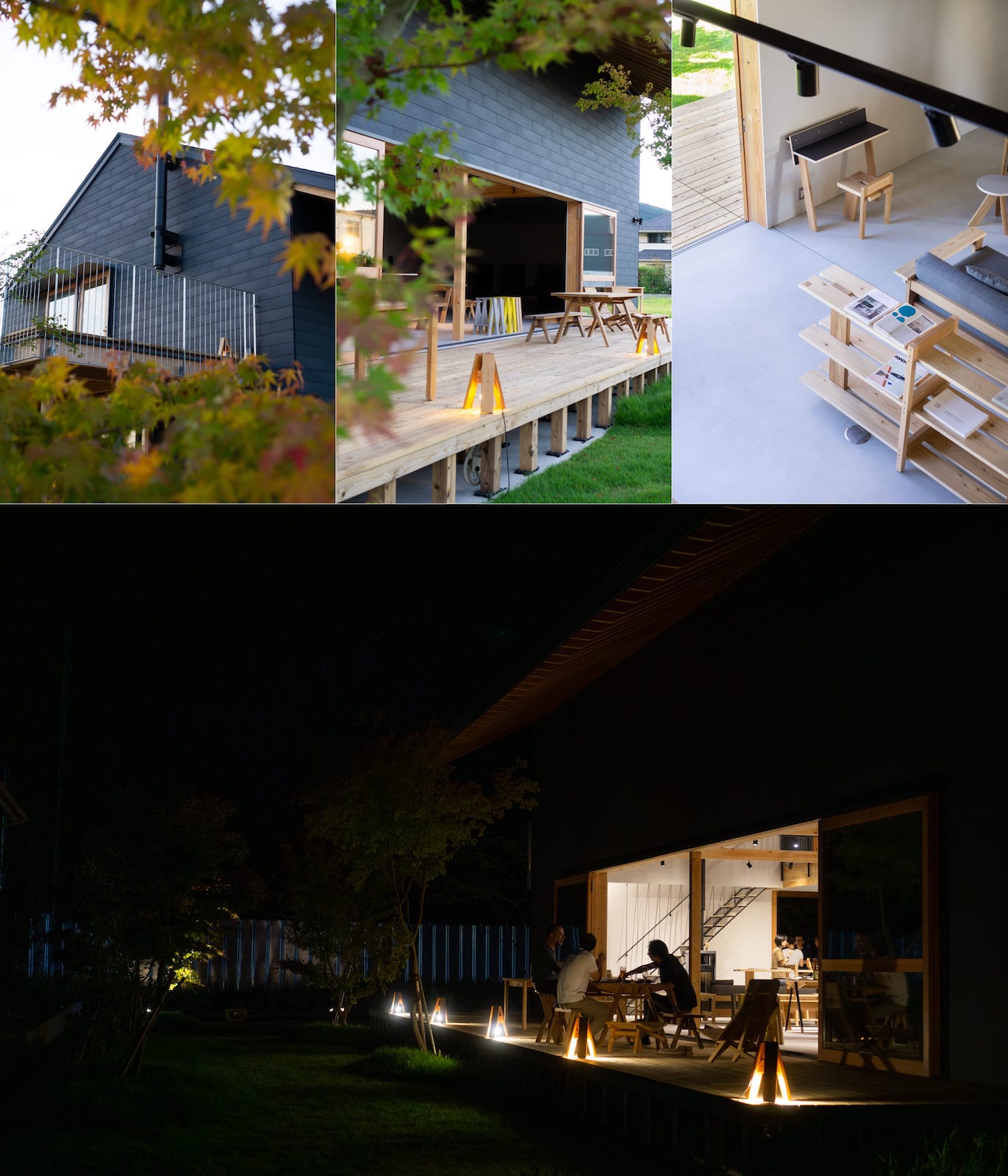 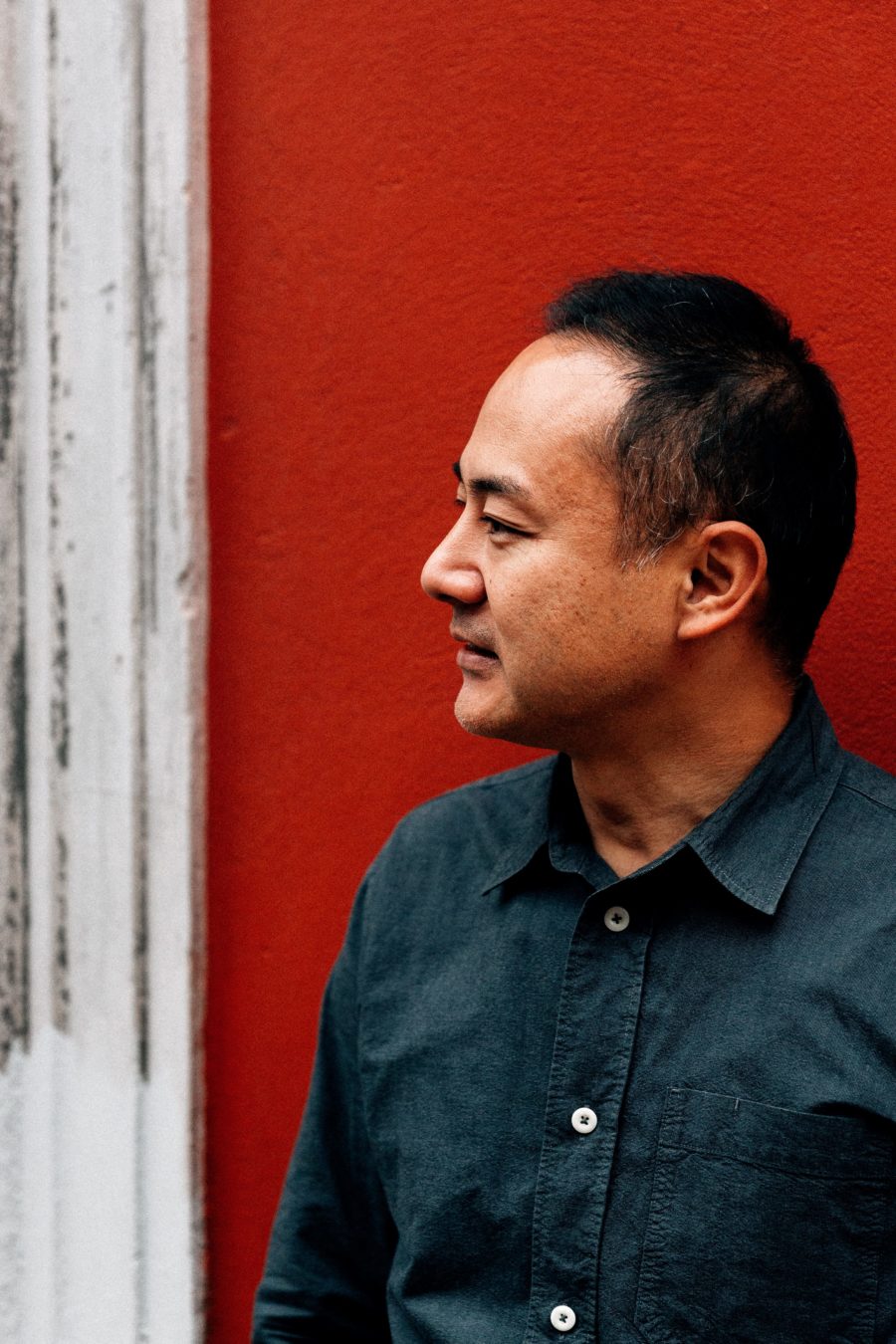 建築、リノベーションから照明・家具デザインに一貫するフィロソフィー「正直なデザイン/ Honest Design」から生み出される作品は、国内外から高く評価されている。
Keiji Ashizawa
Keiji Ashizawa was born in 1973. After graduating from Yokohama National University Department of Architecture and Building Science in 1996, Keiji started his career as an architect and sharpened his craft at super robot. In 2005 he founded his eponymous practice, Keiji Ashizawa Design. In 2011 to support local communities’ recovery efforts in the aftermath of the Great East Japan Earthquake, he founded a public DIY work-shop, Ishinomaki Laboratory. In 2014 Ishinomaki Laboratory was incorporated as a furniture brand.

Keiji’s guiding philosophy of “Honest Design” for architecture, renovation, lighting, and furniture design projects has led to the development of works recognized worldwide.