ondesign is involved in a wide range of activities, including the design of houses and other facilities as well as urban development.

Although Mr. Osamu Nishida heads the company, one of its most distinctive features is its “partner system,” in which each project has its members, rather than an organizational structure headed by Mr. Nishida.

Each staff member independently becomes a co-designer of the project and promotes it.
The unique and diverse values that emerge from such a system and process are strongly reflected in the projects.

Why does the firm operate under this policy, how do they carry out their projects, how do they work, and where do they want to go?

We interviewed Mr. Nishida and Naoko Mangyoku, a partner and chief of ondesign, to discover the secrets behind ondesign’s flexible approach and activities.
(jk)

Nurture your ability to move forward while worrying

── What is ondesign’s “partner system” really all about, and what are its aims?

Osamu Nishida (Nishida): ondesign adopts a partner system for design work.
I am not behind the wheel of every project, and the staff support it, but each staff member becomes a co-designer who is mainly responsible for the project.

I’m teaching at a university right now, and I think there’s a certain kind of education that says, “if you do this, it’s the right thing to do.”
If it is an industrial project, they may say, “Let’s make it more productive than last year” or “Let’s make it lighter than last year.” It’s about understanding the past and taking the next step forward.
The direction is fixed, and it’s like, “If you go this way, it’s the right way” or “It will sell.”

But in architecture, there is no such thing as a “right answer” or a “good idea.”
I don’t know if this is because of the aging population, the declining birth rate, or the fact that the business model is changing in the first place.
What is needed in these times is “the ability to run even though you don’t understand it.”

If students try working with someone who works as architects for their graduation research and thesis, they will find that all architects are surprisingly troubled.
There is no right answer, but they go forward while worrying. We do this at ondesign because we think it would be good to foster that kind of “ability to move forward.”

Instead of stopping to worry, we cultivate the ability to move forward while not understanding.
That’s why I encourage people to worry (laughs). 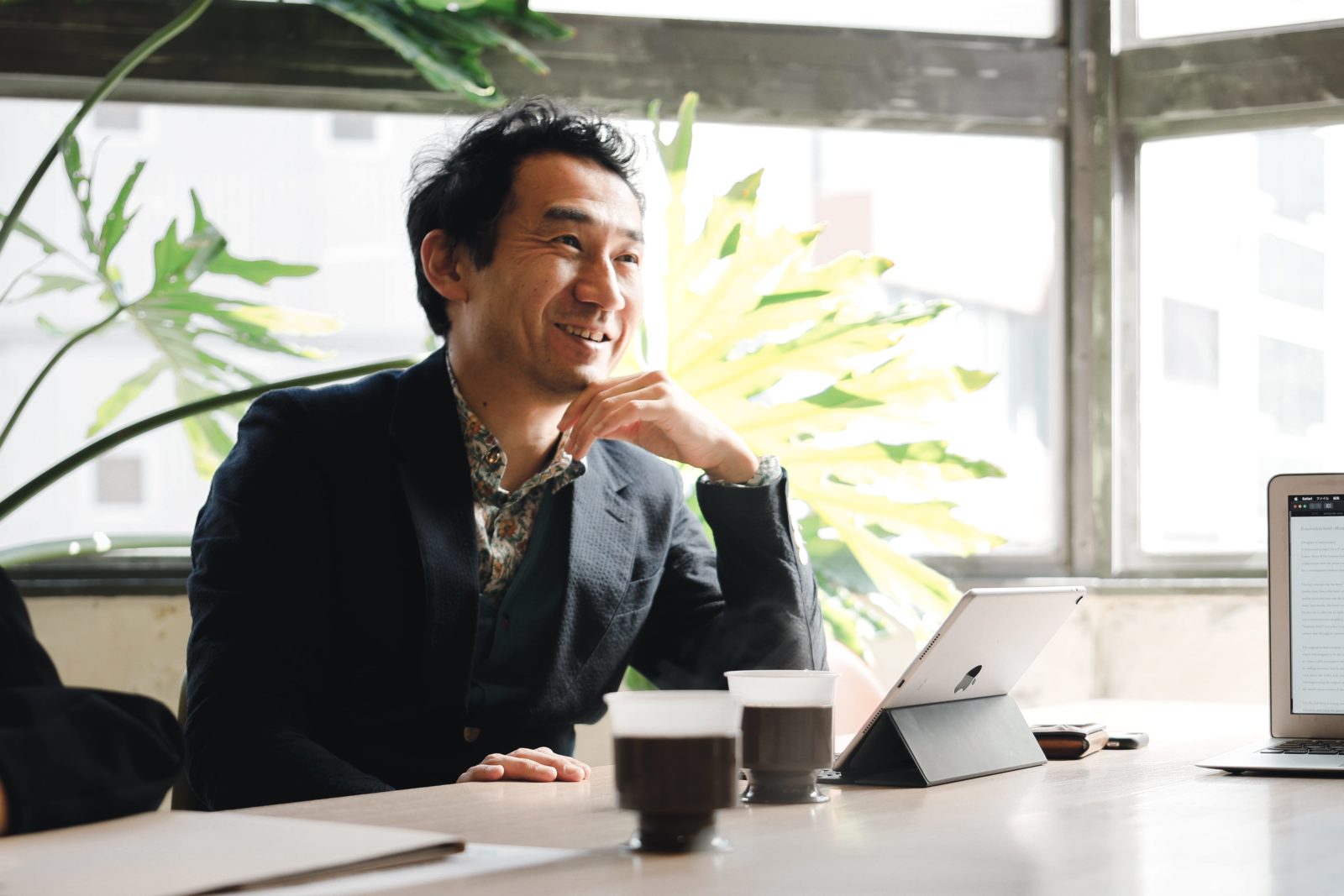 Stick to comments without drawing sketches

Naoko Mangyoku (Mangyoku): When we talk about “problems,” they seem to lie within the individual, but I’m conscious of putting them out in the form of questions connected to society.

── Is the same thing happening in the design process?

Nishida: I haven’t drawn any sketches of the design of ondesign since we decided on the partnership system more than ten years ago. I wasn’t interested in realizing things that only I had in mind.

I would say to the staff in charge, “The client’s request is not aligned with the proposal,” or “The proportions are weird.” I’ll say that. But I only do so much as speak.

Mangyoku: The way the design process at a design office is carried out is based on the old scheme of the boss and his partner, or the boss and his staff, and the team tend to think that the boss decides the goal, saying, “The goal is this way.”

It’s the same with university design education, where students have one-on-one time with their teachers, so they tend to fall into a desire for approval. I wondered, “Will this improve my design skills? Sometimes I think, “What’s the point?

With ondesign, you don’t have to do that, and Nishida would comment on what you have in front of you.
He would say things like, “That’s super nice,” or “I see, I see,” or “You’re off-balance,” but he never gave me a specific goal.

I’ve been with ondesign for ten years now, and while we share the same sense of starting, the goal is in the air. It’s an accumulation of thoughts like, “Is this the direction we should go?” 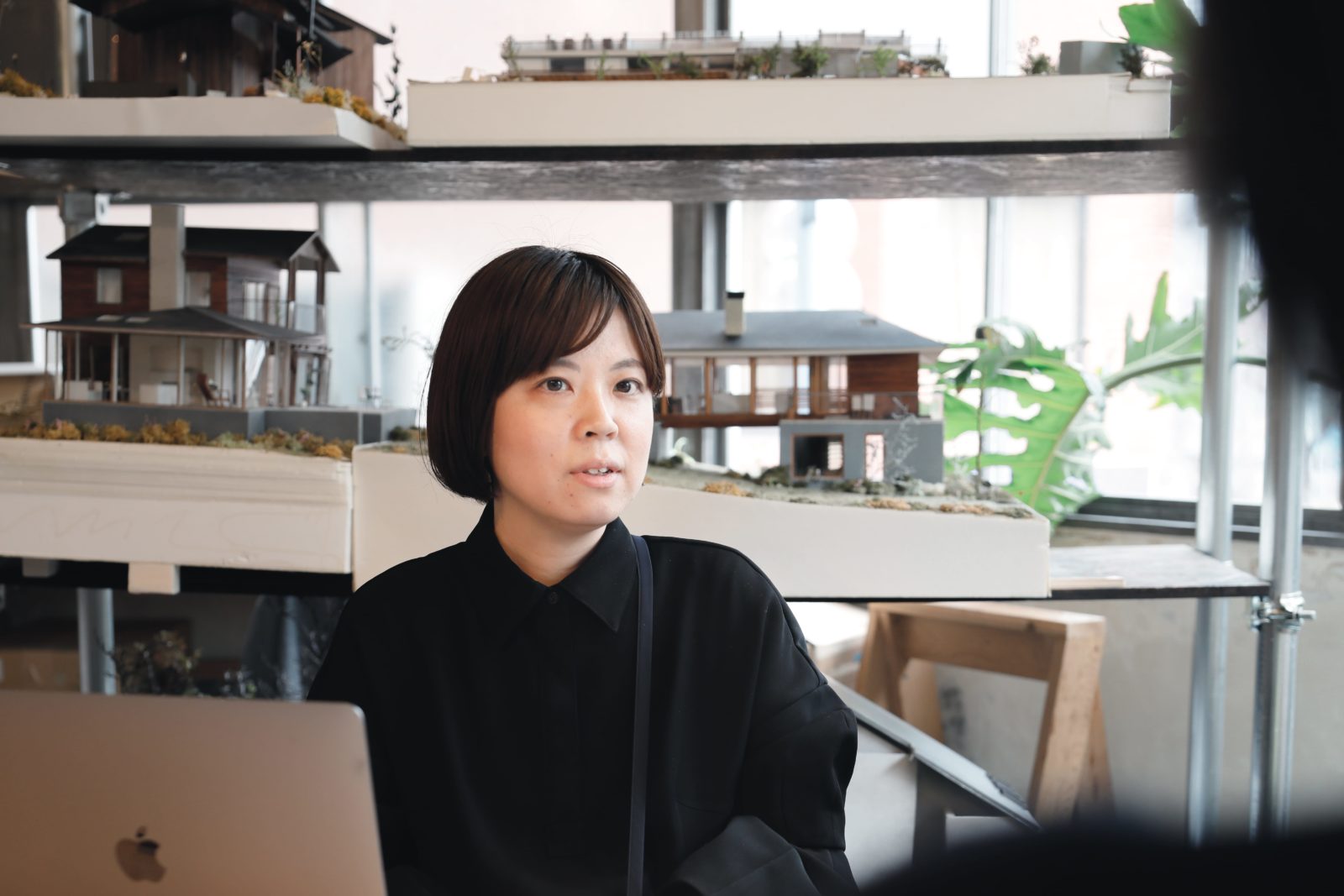 Sustaining "unfamiliarity" in the collective value of the staff

── How did you come to the partnership system in the first place?

Nishida: I make the basic plan for the design and say, “This is a good plan,” or “This is a good model,” The staff helps me with that.
With that stance, I would run out of ideas. Whenever I think something is good, I end up using it over and over again.

This kind of design is strange, but the first sketch of the basic plan is like the finished product. From there, we re-described it or rewrote it.
The staff is like, “Is this what you have in mind?

For example, let’s say I was asked to design a building now, and I drew a sketch in a month, and when I finished it two years later in 2022, I thought that I was rewriting the past in 2020.
There was a time when I thought that kind of thing was a good idea, but I stopped doing it and went to a partner system.

Now there are about 40 people in the office, each with 40 different minds, and each with their influences on architecture and the environment and knowledge.
I think it would be better to cross-pollinate these things and make them into the office’s collective knowledge in a good sense so that the “unfamiliarity” of what we can do can be maintained.
I enjoy that sense of unfamiliarity.

(Continued on #02 Leave project management to the team) 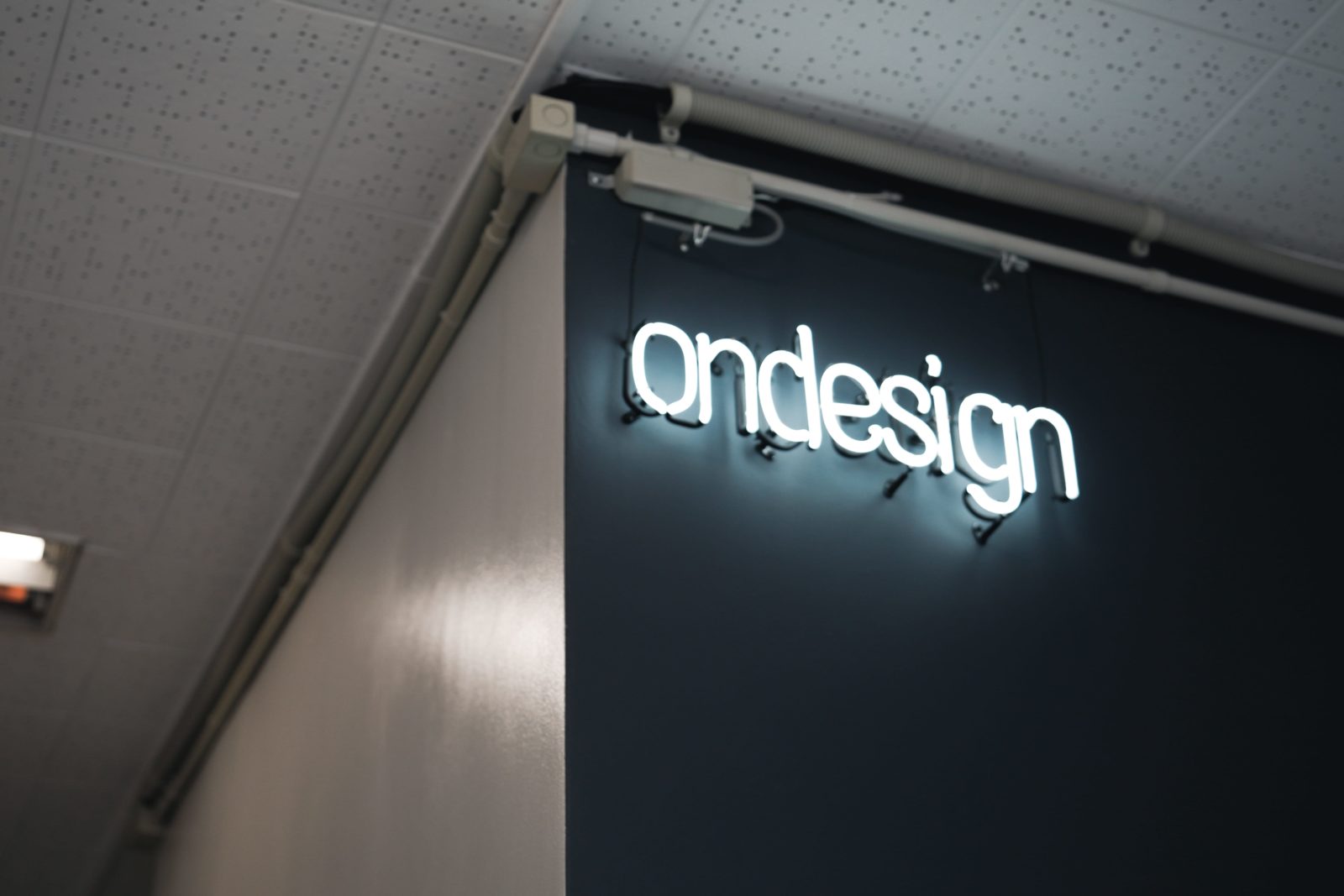 At the office entrance Photograph: toha