Embrace more uncertainty to go beyond what is in our minds

─ It’s been a long time since you started working with TORAFU.

Suzuno: Our starting point is designing <TEMPLATE IN CLASKA>, a long-stay guest room in the ” CLASKA ” brand. It seems that CLASKA closes its door at the end of this year, and we are feeling end of an era. 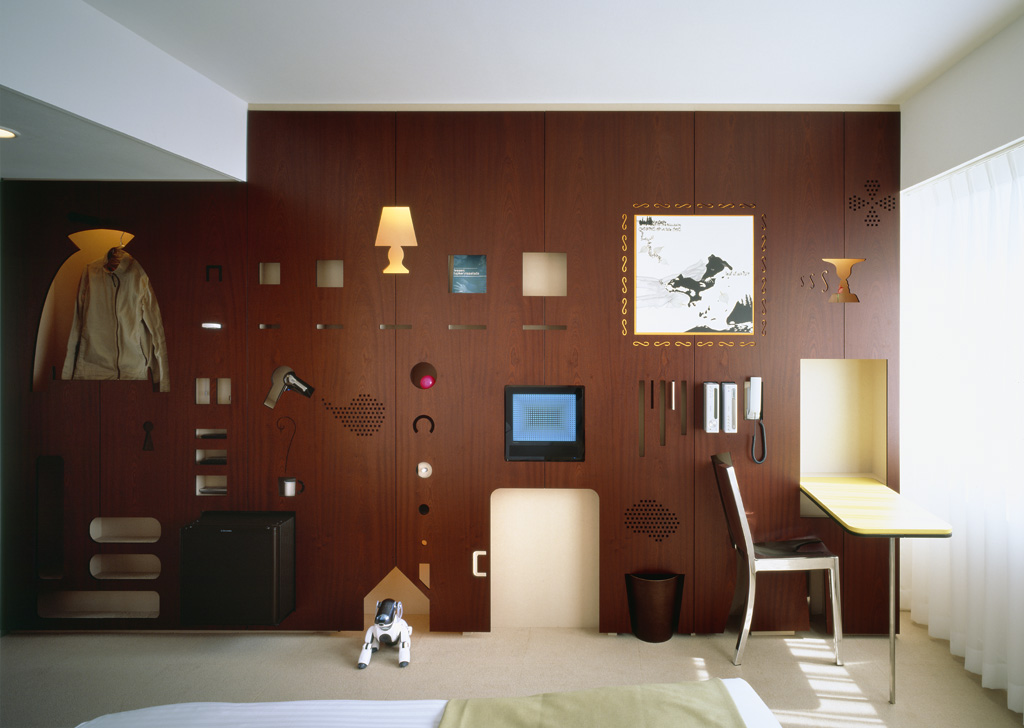 TORAFU was established in 2004, and this year it’s been 16 years. We started with an office in CLASKA and were very lucky to be in an exciting place.

Then we moved into the building where we are settled down now, and it’s been ten years now. There were only two staff members, so we shared the office with graphic designer Hideyuki Yamano’s office (TAKAIYAMA).
The downstairs was also empty, so the furniture designer Taiji Fujimori moved in, and we started collaborating with him. Both Fujimori and we have grown a bit in size, and we each rent an entire floor.
We inspire each other, and we’ve received a lot of help from each other, and this is how we’ve worked together.

─ In your projects, you often work with people from other fields than architecture. What is your aim in doing so?

Suzuno: We often work on architecture, interior design, and products by talking to various people.
These people may be graphic designers, illustrators, or artists.
Even with clients, it’s more enjoyable when they can work together to enhance the project.

We think about what’s unique about the project, and then we try to bring out the things that can only be done in that project.

In the early days, we accepted the offers we were consulted on, as if they were hard training.
While we were thinking about how to respond architecturally, sometimes we got confused by things like wedding rings and other things that had nothing to do with architecture (<gold wedding ring>, introduced in #02).

When I was thinking about wedding rings, people in the jewelry design industry said to us, “It’s impossible to plate gold with silver,” and we thought, “That’s true.”

On the other hand, we thought, “In the world of architecture, we too must be caught up in common sense.”
When we realized that new ideas come from outside the box, we started to feel more welcomed in a different field from architecture.

By entering a field other than architecture with our architectural ideas, there is a strength that only amateurs can have, or rather, the power of being able to think from a blank slate.
But we also tend to develop a particular way of doing things quickly. For example, if we keep making offices, we might think, “This is how an office should be done, and if we do this, we can solve it.”

If we keep doing that, we can’t pursue something better. Then we’d say, “Well, then, let’s add uncertainty,” so we would collaborate with people in other genres. 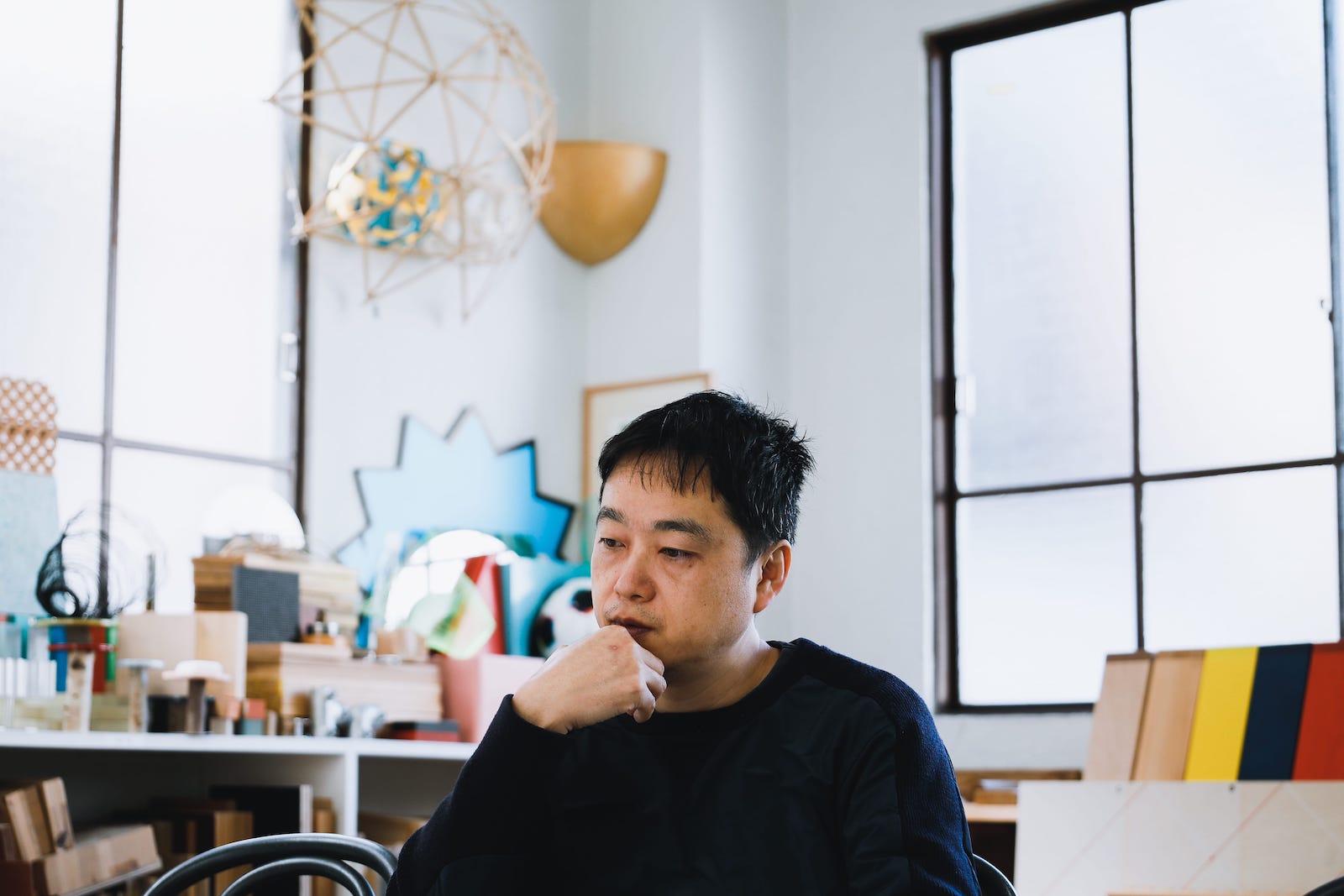 Things made entirely in our minds are boring

Suzuno: For example, at the office of <GARAGE Dentsu isobar>, we wanted to embrace a kind of uncontrollable fun.
That’s how we came up with the idea of collaborating with the artist magma to create an office.
We wanted to create a place where it would be easy for people to develop ideas when they visit.

But the client didn’t have a lot of budget to spend on art, so we asked the two guys of magma to come up with some ideas for the office, like a whiteboard.

One is a whiteboard that looks like a human face. You can sit on it at the lip, and when you sit on it, you can hear sound from your nose with a speaker in it, and information is also played on the electronic board in the eye area. On the back, though, it’s just a regular whiteboard. 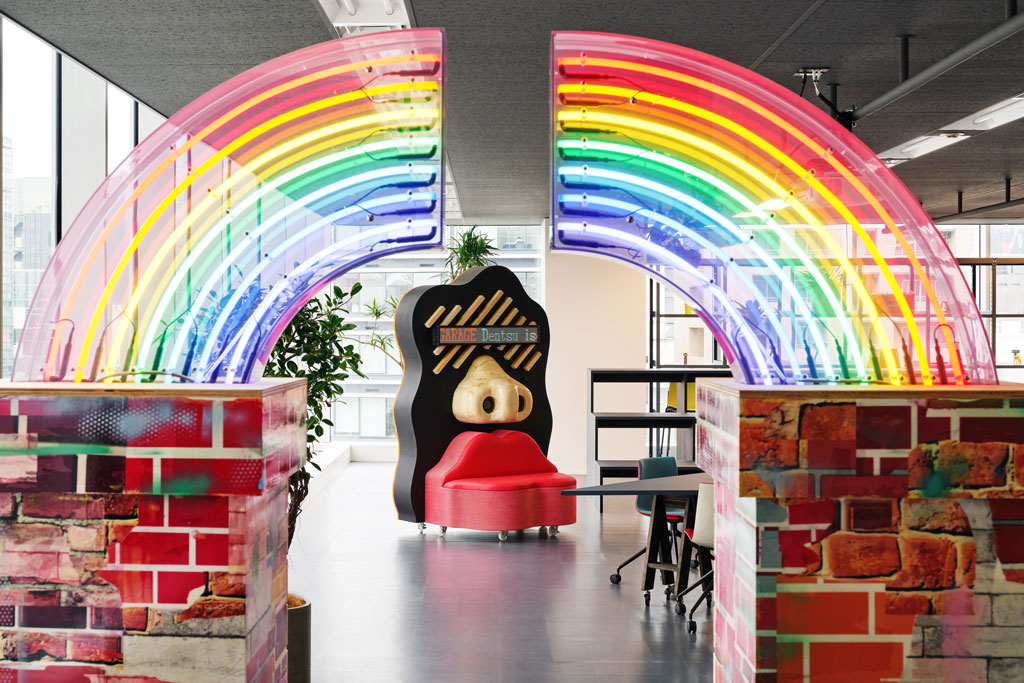 The second is a whiteboard shaped like a dog’s head for some reason, and if you’re hungry, you can eat the treats in the drawer.
The surface is covered in a collage of dogs’ pictures, and the body is covered in clear paint. 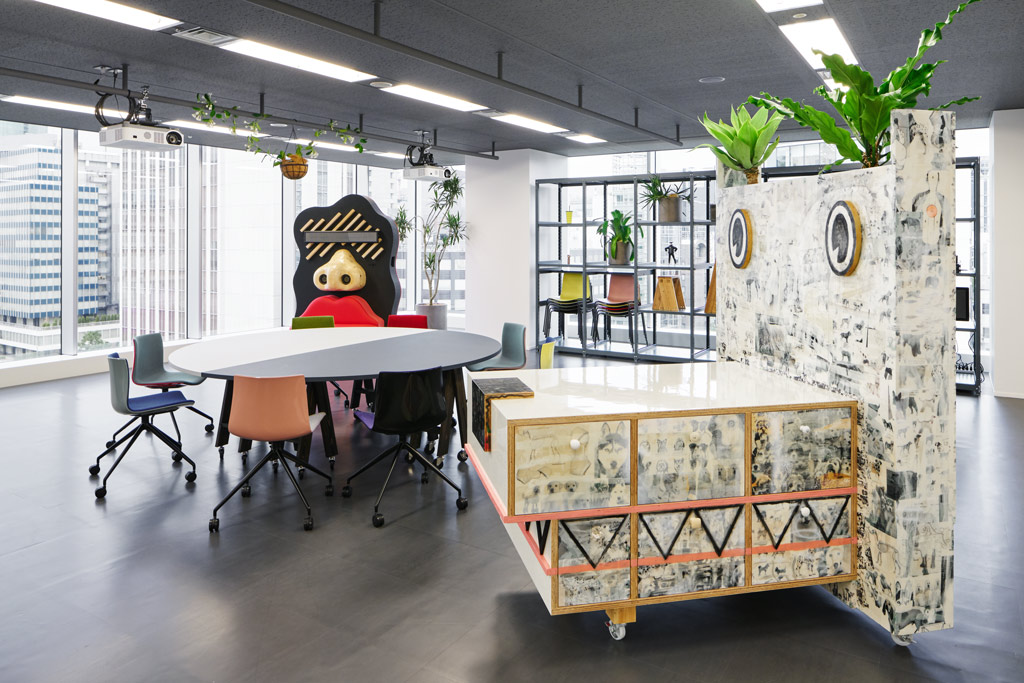 The third one is a rainbow-like gate, which was designed to give the office an entrance feel.
Once these elements were completed, the office was built while thinking about what else we should do.

We can do the graphics and so on if we want to, but we ask many people to help us in the expectation of synergistic multiplication of people’s abilities.

When we work with various people, we try to avoid preestablished harmony by increasing the number of uncertain elements with a sense of expectation.
I always try to see something beyond what comes out from my head and struggle to create and achieve it. I find it boring when things are made entirely in my head.

You have to improvise when you’re cooking, and the photos can’t be specified in the instructions.
It depends on the atmosphere of the place and how you mix those things in.

Sometimes we think of materials in the same way that a chef goes to the market and thinks, “This ingredient is fresh today, so how can I make the most of it?
I think it’s an entirely different concept from going to the market to buy the ingredients you need to prepare a specific menu.

Whether we can enjoy it or not is important for us.
We think that the people who see the building and the interior will be moved by what we enjoyed making. 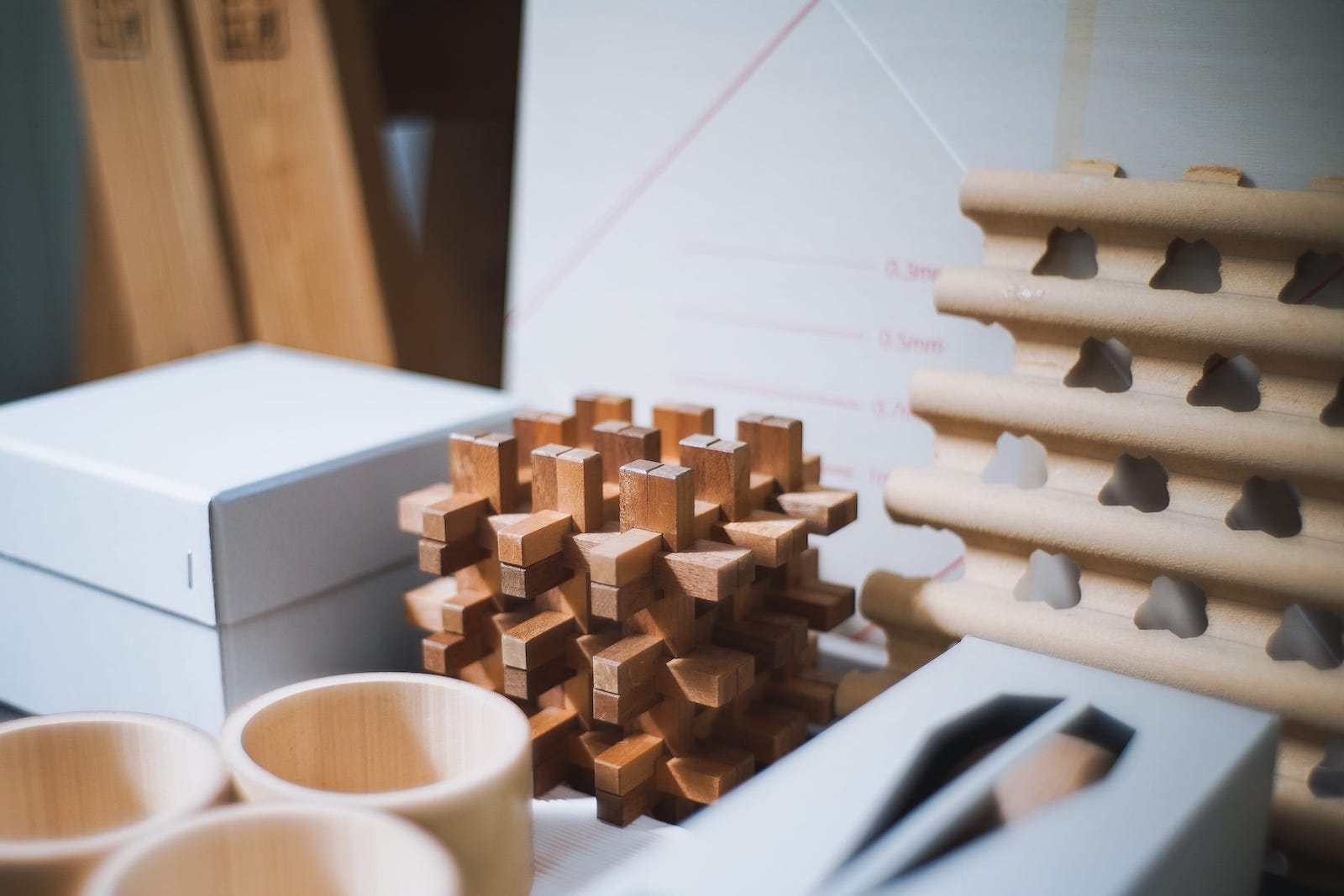 Expand work from what we want to do

─ How do you plan to work in the future?

Suzuno: For example, in planning the exhibition hall, we’re thinking about how we can do something a bit more like “scrap and build” again.

We believe that future design cannot be separated from reuse and recycling issues, and we have recently come to think “making such suggestion is design consequently.”

For example, we once used <AA STOOL> and <AA HIGH STOOL>, which we developed for sale at Ishinomaki Laboratory, as part of a rental project. 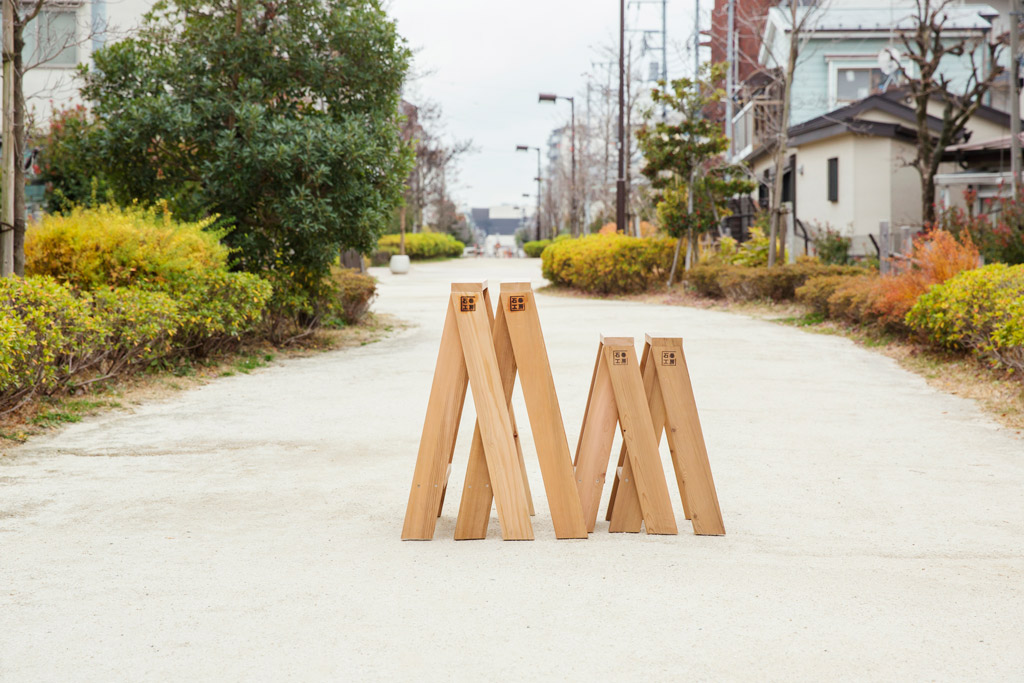 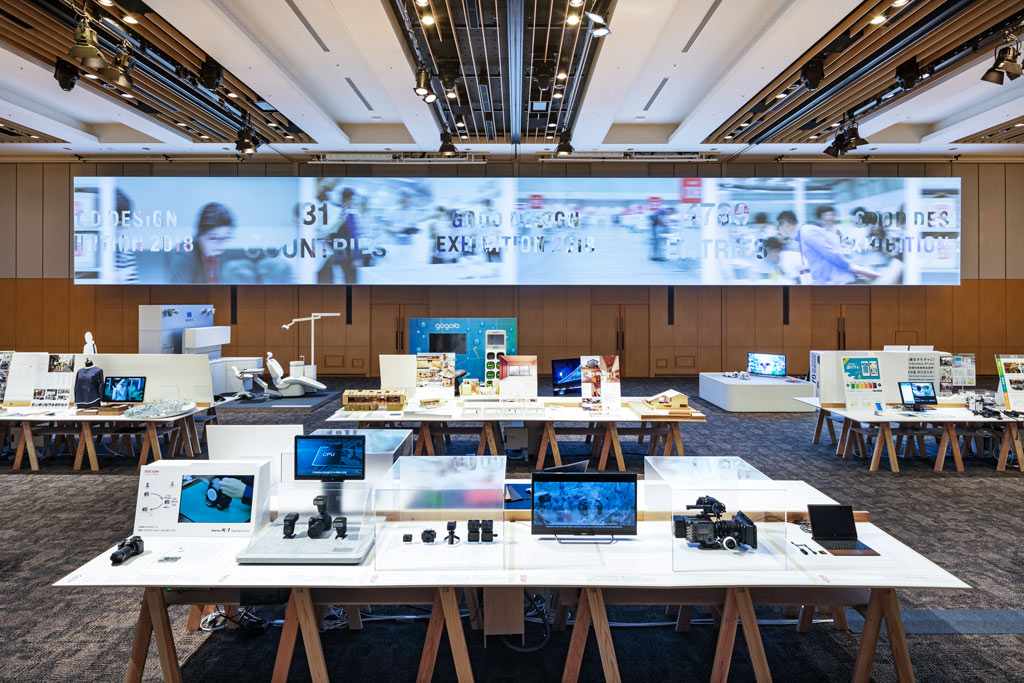 We want to develop the material itself as well. “COLOR POLYMOCK” I mentioned earlier (#02) was made as part of our material development.

In the last few years, we’ve been trying to understand the companies’ attitudes that ask us to work with them. Because when we create a space for a company, we are giving shape to their perspective.
To do that, we have to like the company and the things they offer and become fans. Otherwise, we won’t enjoy it.

In terms of creating spaces to support our clients, I’ve had a child born, and we’ve worked on furniture for children and designed the venue for a children’s book museum.
It’s also essential for us to feel like we’re relevant to the design process. 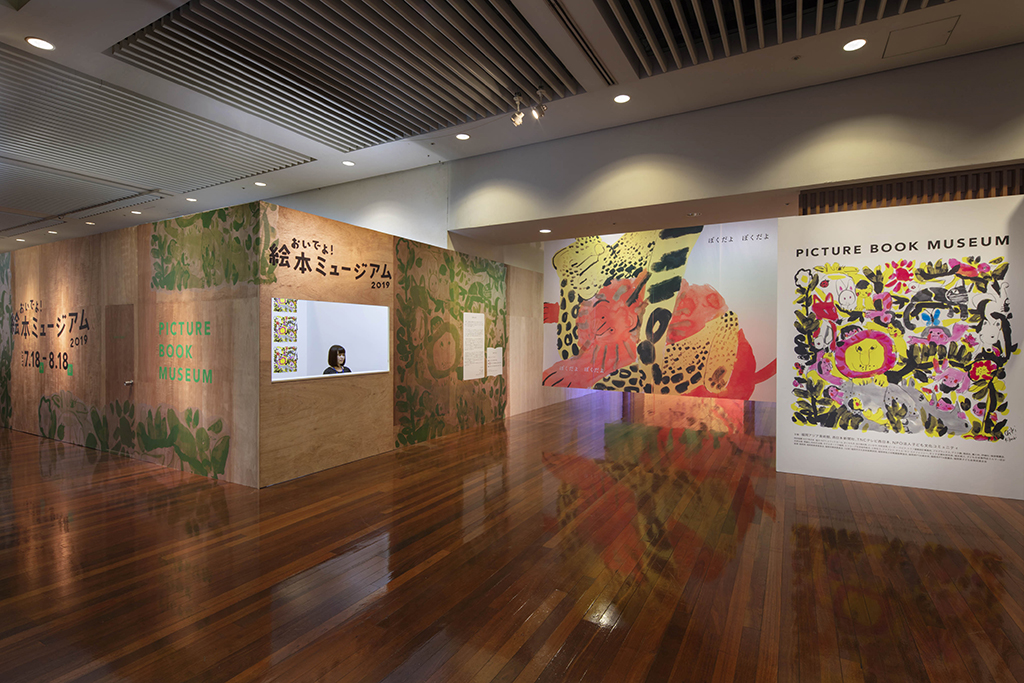 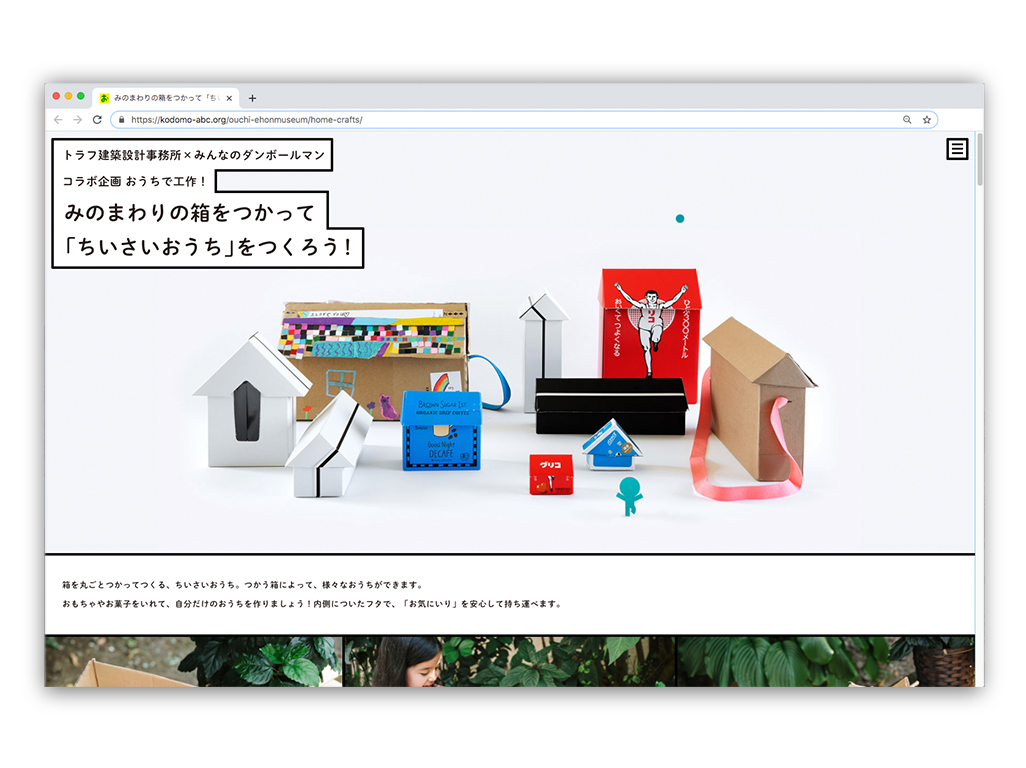 オンラインで開催されている〈おうちで！絵本ミュージアム2020〉（https://kodomo-abc.org/ouchi-ehonmuseum/）。ウェブサイトの制作チームメンバーとしてトラフは企画・制作に参加。| Held online "At home! Picture Book Museum 2020". They participate in planning and production as members of the website production team.

And I think that now is the time for us to create if we desire to do something.

Until now, we have never rejected a request, and have always been able to respond to requests for work from a unique perspective, but now we are thinking about what we want to do.
If we take a little bit of control over that and send it out, I think it will be a strong reason to work with us.

(Continued on #04 Go outside and have a different perspective) 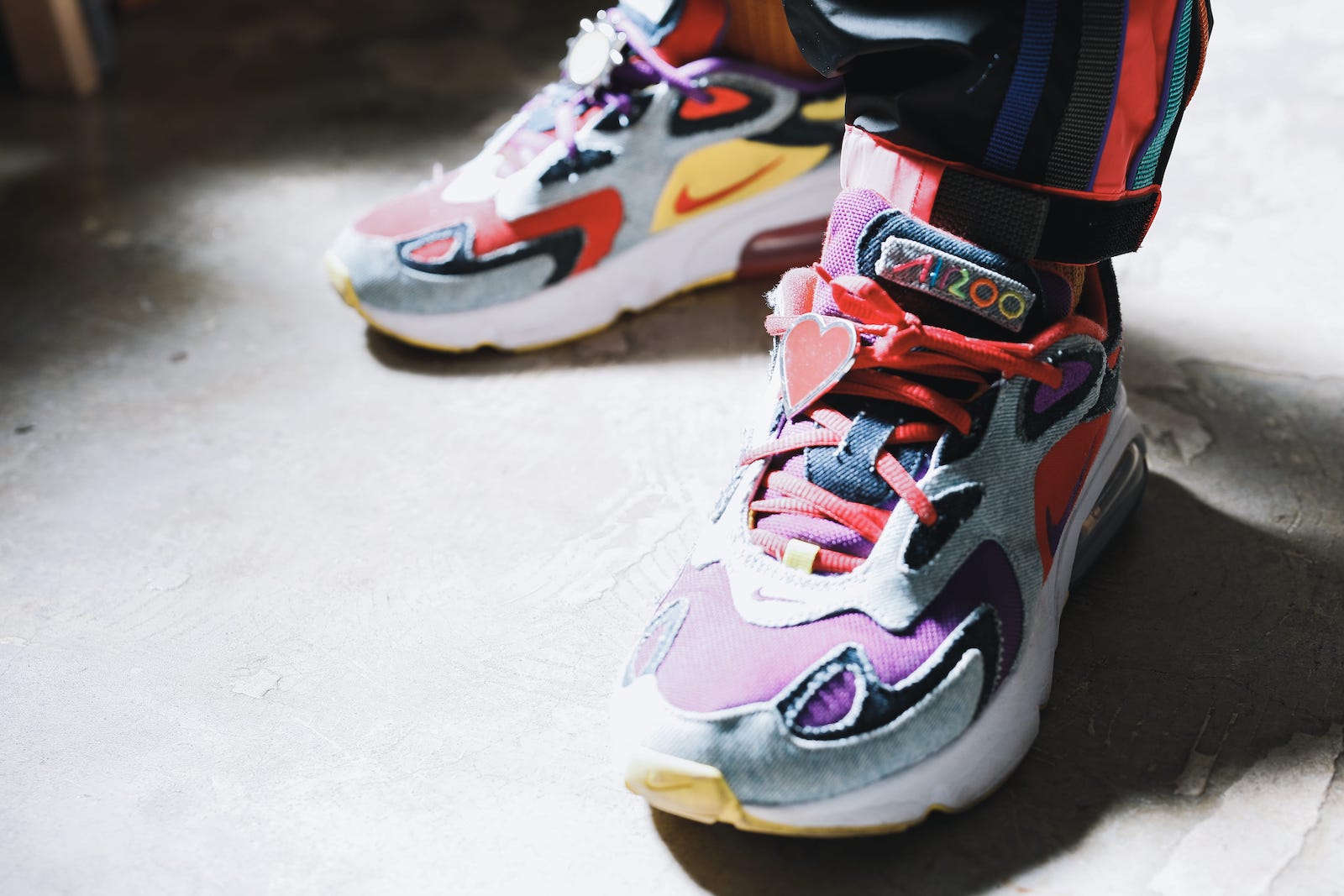 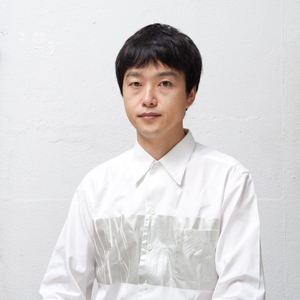 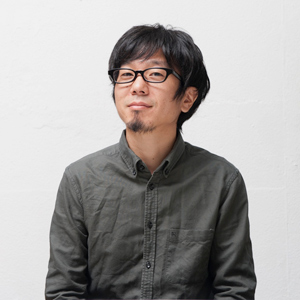