Nishida: At ondesign, we have a partner system in place, and the number of partner members depends on the size and duration of the project.
Even when I’m a member, I don’t take a top-down approach to projects, but rather leave it up to the members to take the lead.

For example, I’m listed alongside Mangyoku at the Kanagawa University (New International Student Dormitory and Kuritano-Academia), where she was in charge of the project. Still, I don’t talk with her every day. When she asks me about it, I answer her questions.

Mangyoku: I would show him things and ask, “What do you think?” I can get an objective opinion.
I think about the project’s timing, such as, “I’ll call on him when the site is this good.”
For me, Nishida-san is like a conversation partner at the turning point of a project.

Nishida: But I don’t give specific advice (laughs).
(laughs) I’d say things like, “This place is nice,” or “This brightness is nice.” My opinions are abstract.
Of course, I do think about why things are the way they are. Is it an environmental factor, or is it layered depth, or is it the spatial experience that makes it seem?
I do some measurements and so on, but the only thing I have to say is that it’s nice (laughs).

Mangyoku: When we became a partner about ten years ago, our primary focus was on residential design, so it started as a sort of one-plus-one joint design, with Nishida and whoever was in charge.

Now we are involved in a variety of projects, and the number of staff members involved in projects that are long term in terms of time and scale has increased.
The longer the project takes, the more staff members become involved in it.
I feel that the project’s meaning has expanded over the past ten years, with outside parties becoming partners. 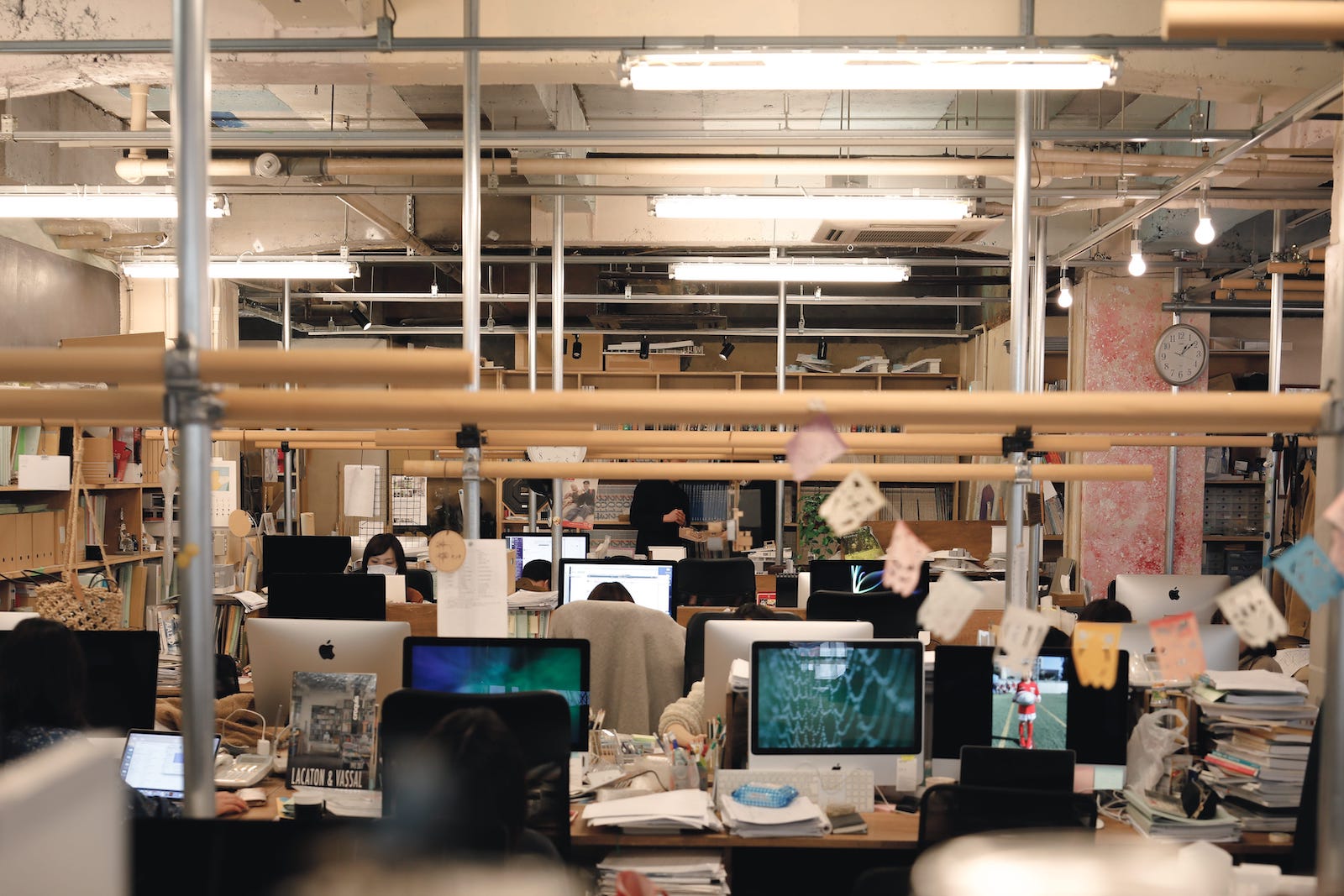 The team will take care of everything but the real pinch

Nishida: In the past, every project was handled by me and someone else, so there was a sense that I was the only one who knew the entire office.

But I thought that this was causing the projects to be similar in some respects. Now I feel like I’m one of the four people in charge of the project, so my presence has faded.

Working with other projects, in the long period, it’s not just about building that architecture, it’s also about, “What do we do when it’s done?” We sometimes talk about, “If this is the kind of discussion we’re going to have, why don’t we get someone like that in there?” So my “side-by-side” feeling is lessened now.

I don’t have a complete picture of the overall flow of a project going on in an ondesign process. It’s incredible how little I know about the absolute peak of each project or the essential points.
That’s how much project management is left up to each team.

Mangyoku: Nishida-san doesn’t have a specific understanding of each staff member’s situation, either.
But when the staff in charge of multiple projects as individuals and there is a crisis, we have an environment where we can talk to someone.
That person is Mr. Nishida, though (laughs). 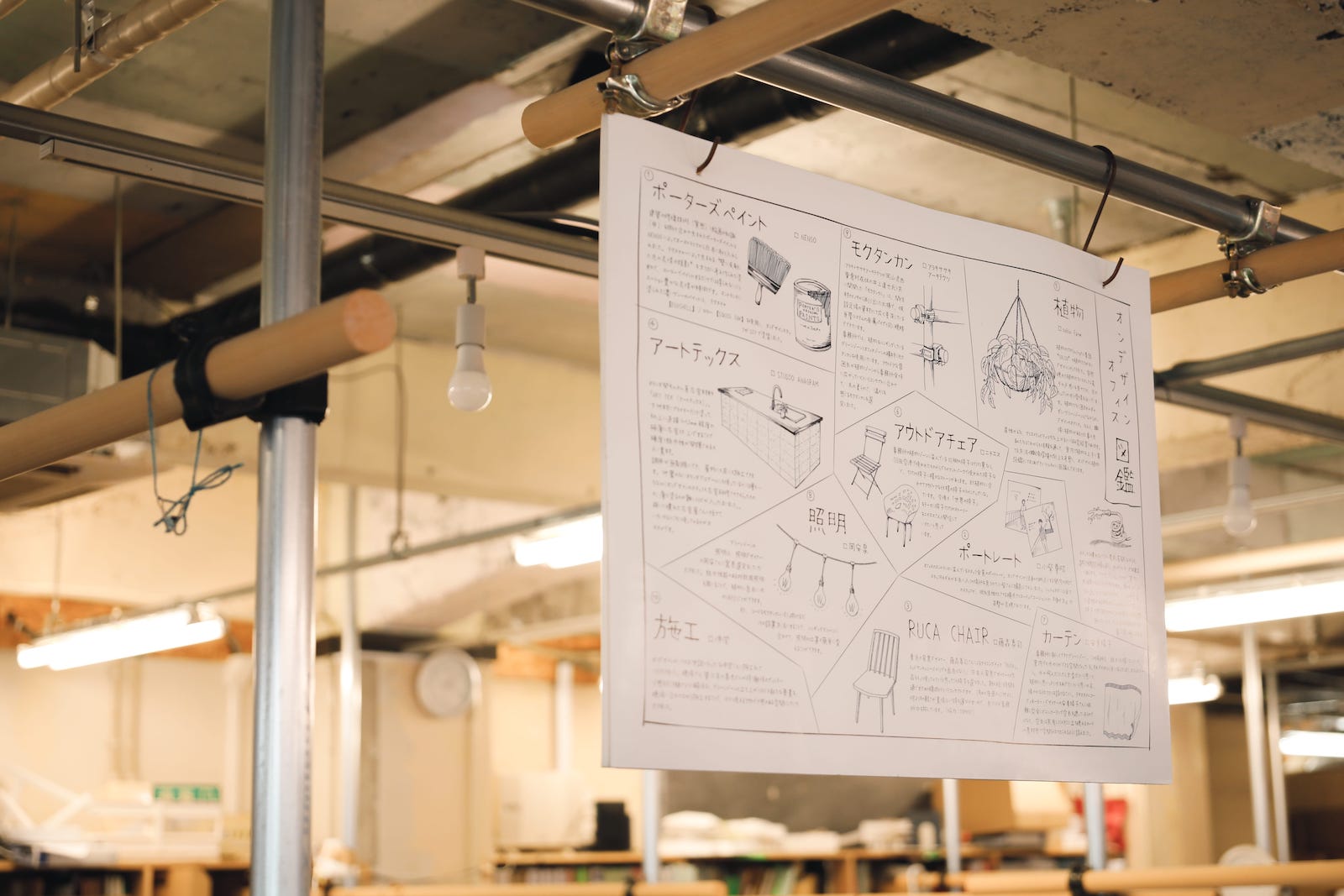 Deal with interests and characters rather than technical aspects

── Do you have a regular meeting in your office?

Mangyoku: We hold office meetings once a month, and they are meant to be an opportunity for all staff members to meet each other.
We only briefly share information on the office’s current status but do not discuss projects in detail.

Nishida: We do set up themes and have discussions on them, don’t we? The theme of yesterday’s meeting was “how to expand the office” and “how each of us can communicate our values.”
Rather than me speaking, we divided the 40 people into groups of five or so and had a discussion, sharing what we talked about, such as “This is what I usually do,” or “There was a case where I got a job as an extension of that,” and so on.

The discussion is about 30 minutes. The entire office meeting was about an hour to an hour and a half.
Sometimes I think, “Wow, I didn’t know we were doing this kind of thing” at these meetings.

Mangyoku: That being said, Nishida is somewhat involved with the entire staff. But when we’re always working on a project-by-project basis, all 40 people can get together at the monthly office meeting.
During the free discussion, I get to know the characters of the staff members I’ve never worked with before on a project by saying, “Oh, you’re thinking about this.”

Nishida-san’s project allocation and staff management are not so much about technical things like, “That person is good at CAD, so let’s get him/her to draw the plans,” as it is about attracting the interests of each staff member to the character, such as “I know you’re interested in this kind of thing” or “You’ve done this kind of thing before.” The staff members take it as a sign that they assign characters based on how well each person fits into the project.

When I’m at ondesign, I feel like I’m forced to take an interest in people, like, “What is this person interested in?”
When I was a student at other design firms, if the staff members had the same music they liked, they would talk to each other, but I think they could live together without having any other contact outside of work.

But at ondesign, communication between each staff member is on a different level than likes and dislikes.
We have an environment where communication is unavoidable, as a community with a social nature. It’s a unique design environment, and it’s very interesting (laughs).

Nishida: The other day, I told them that I was going to talk about the theme of ‘diverse channels,’ which is different from the ones I send out to the outside world and the ones I’m commissioned to work with.
Then one of the people in Mangyoku-san’s group said, “I don’t think it’s Nishida’s channel any more,” and I thought, “Oh, that’s good.

The person who said that to me was a staff member who was only about 30 years old, so it was amazing (laughs). 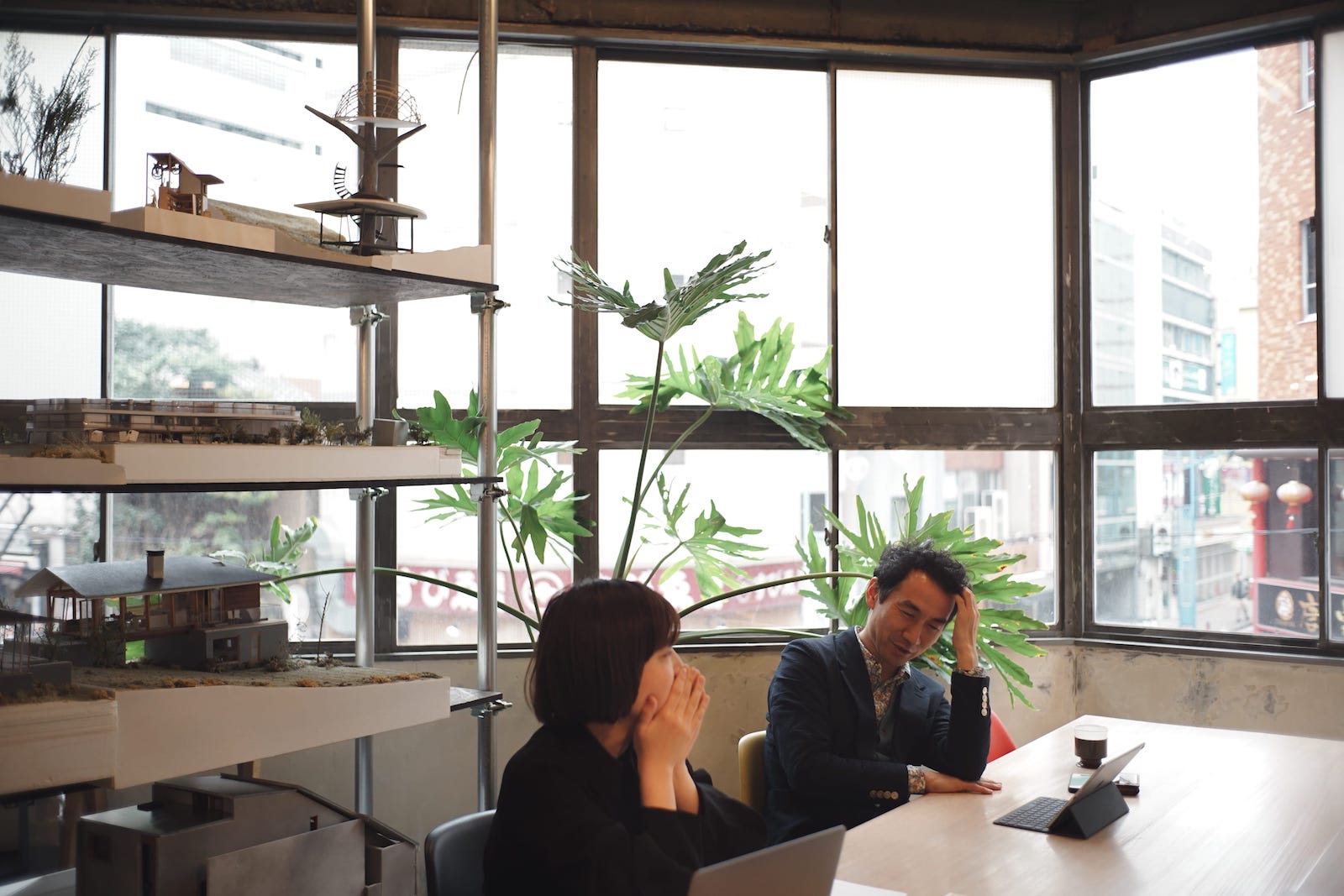