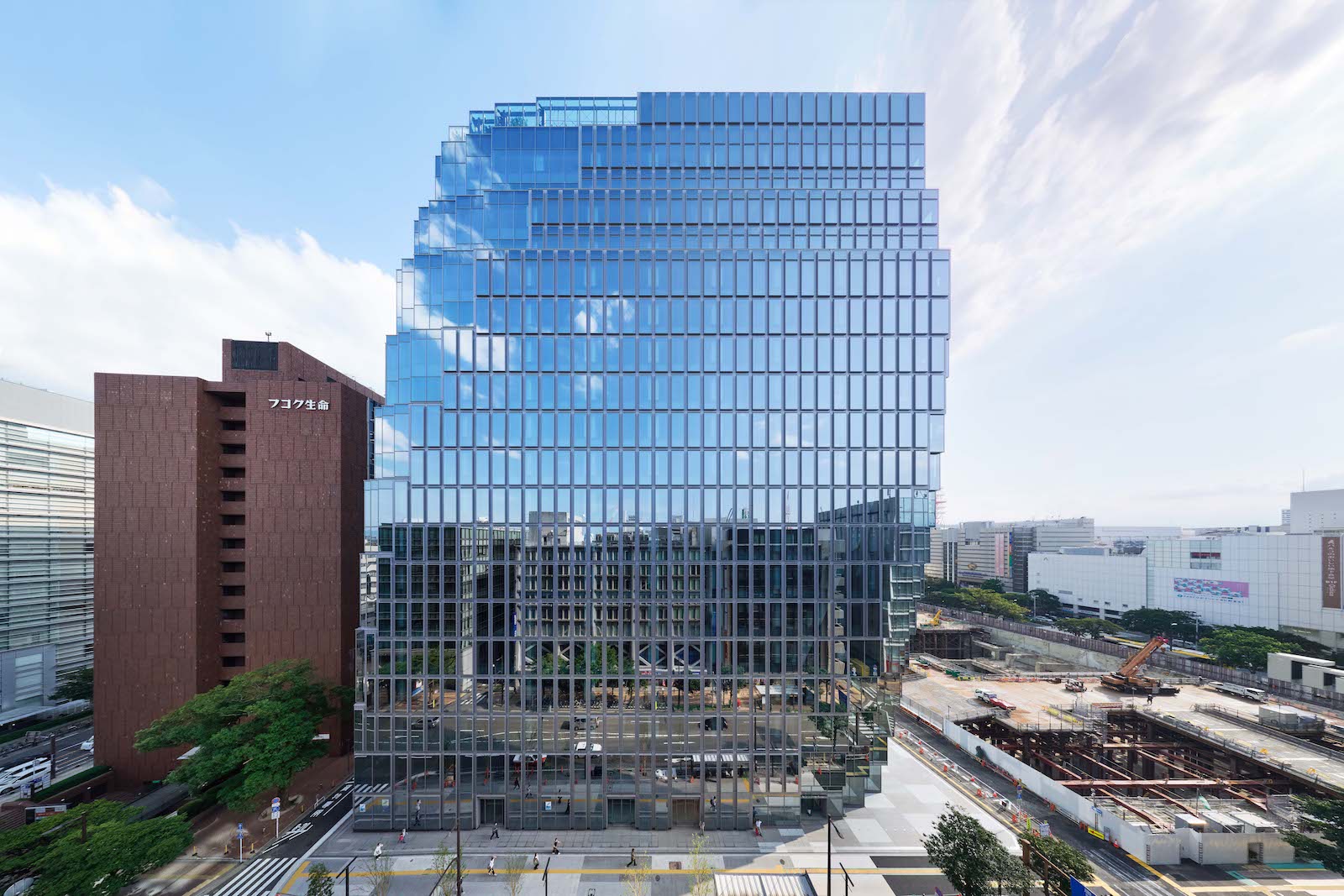 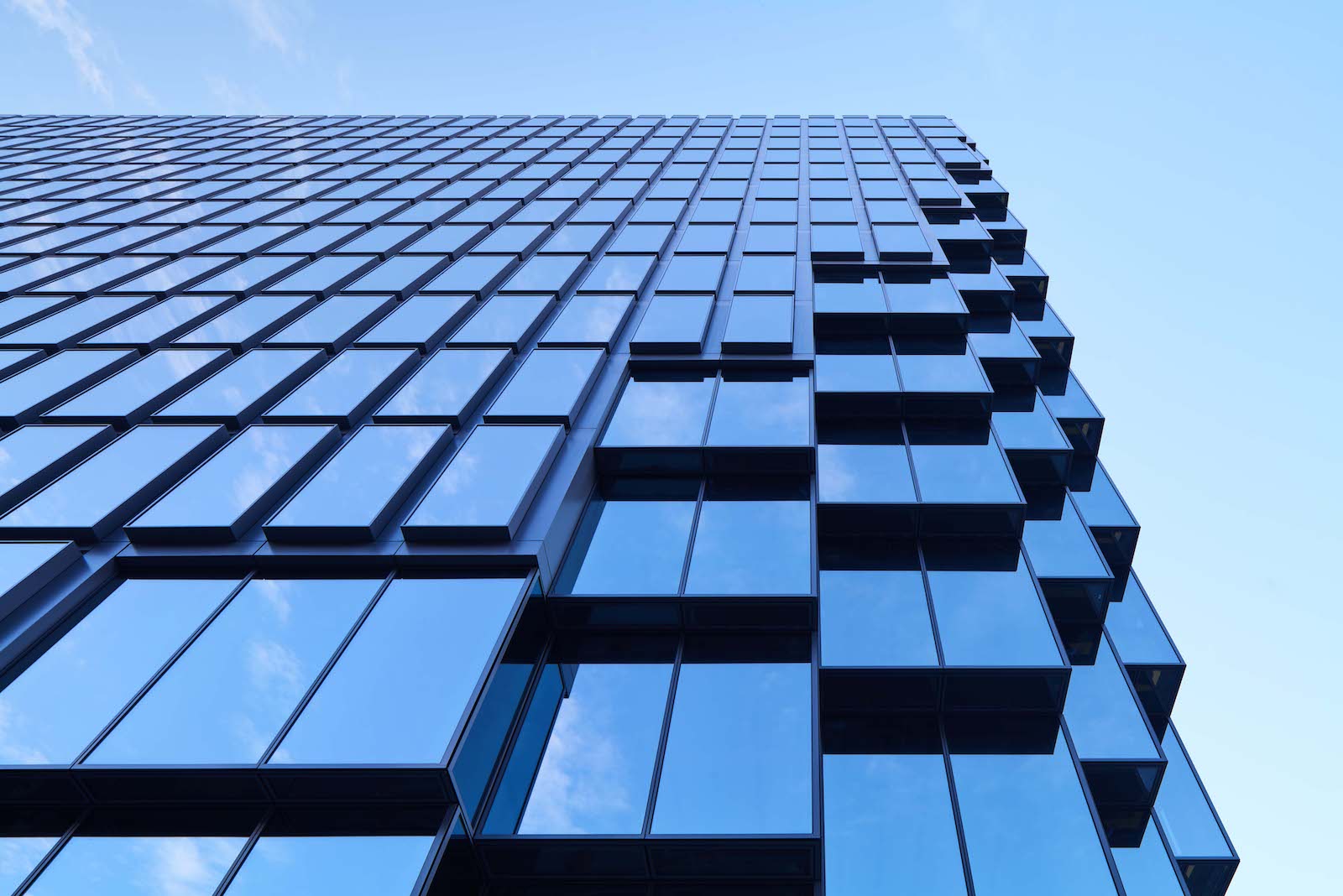 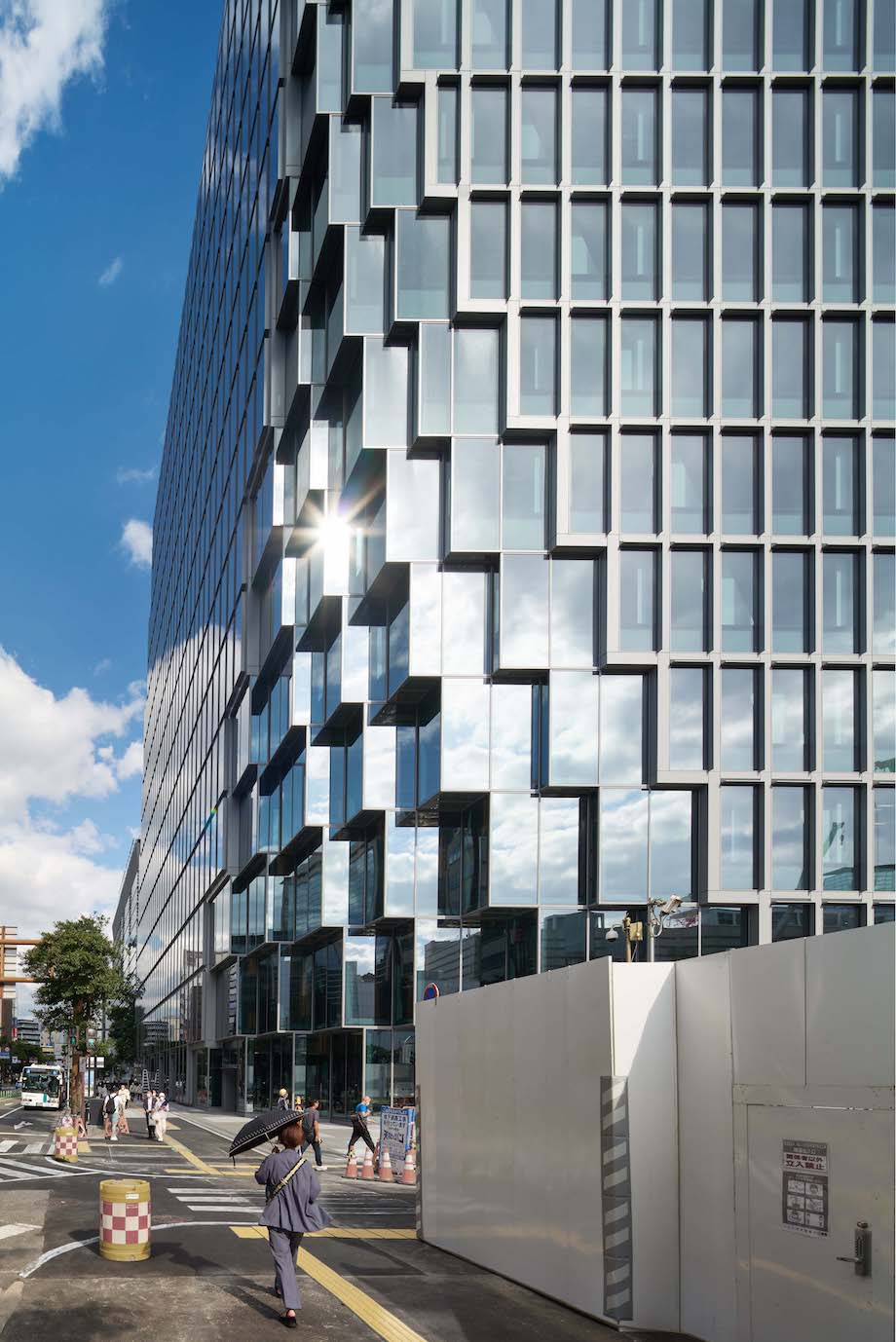 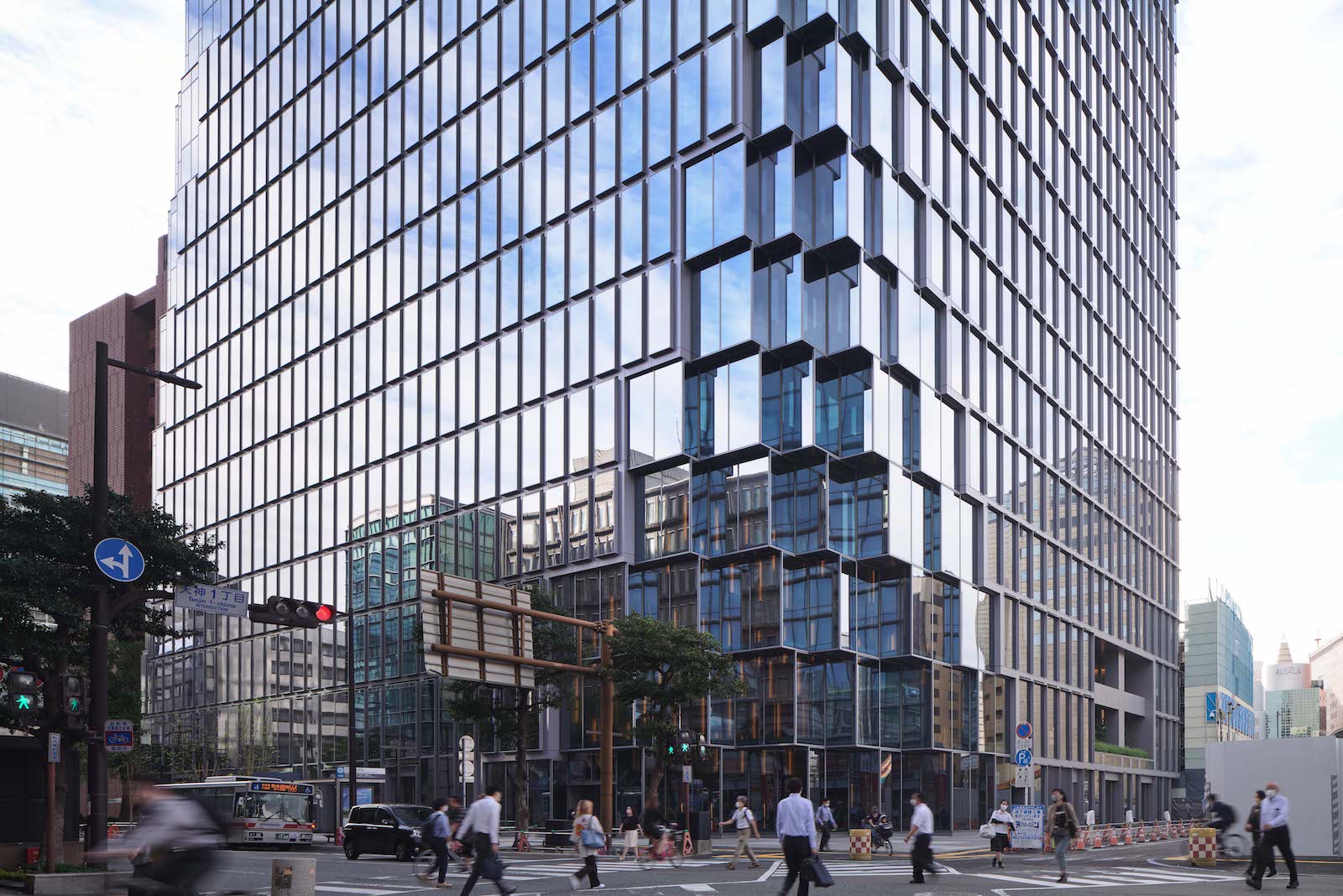 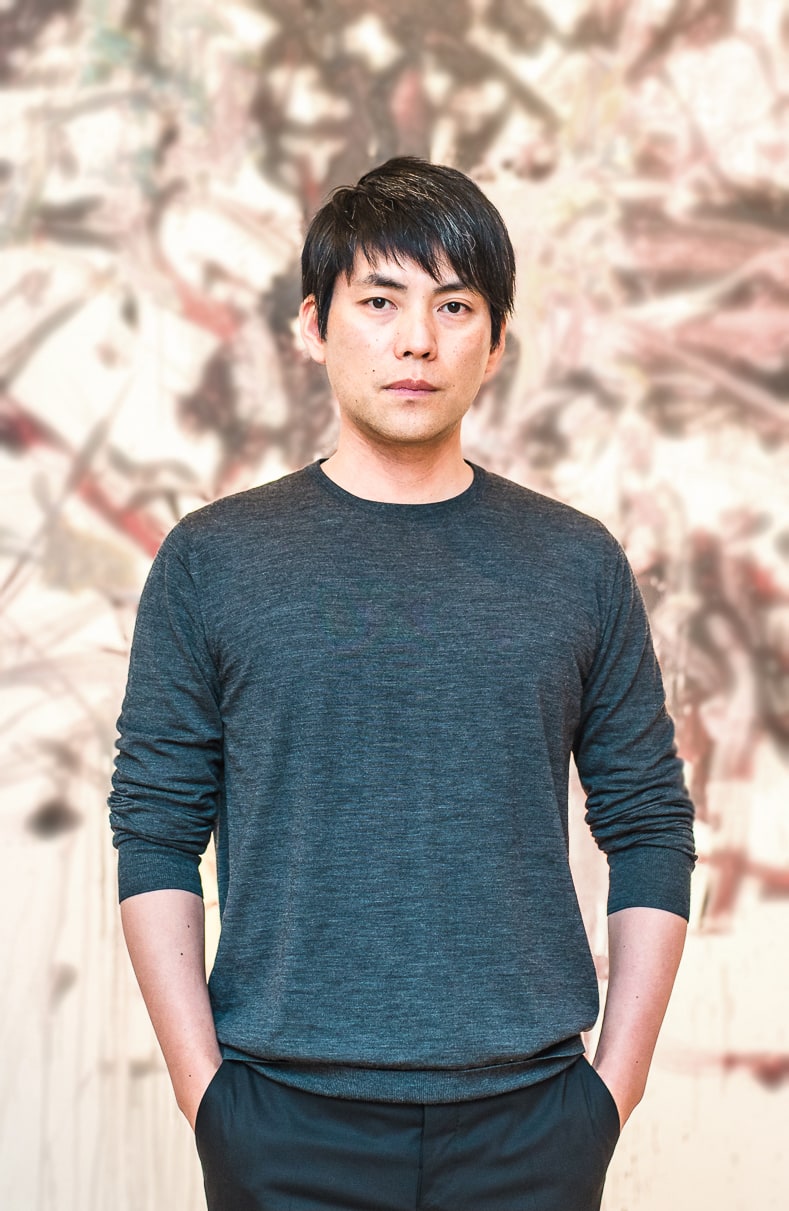 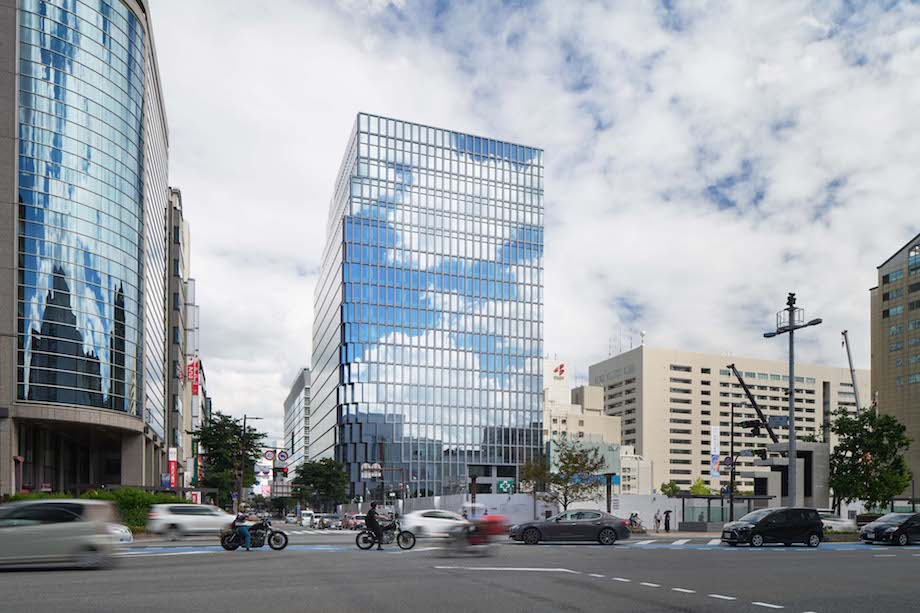 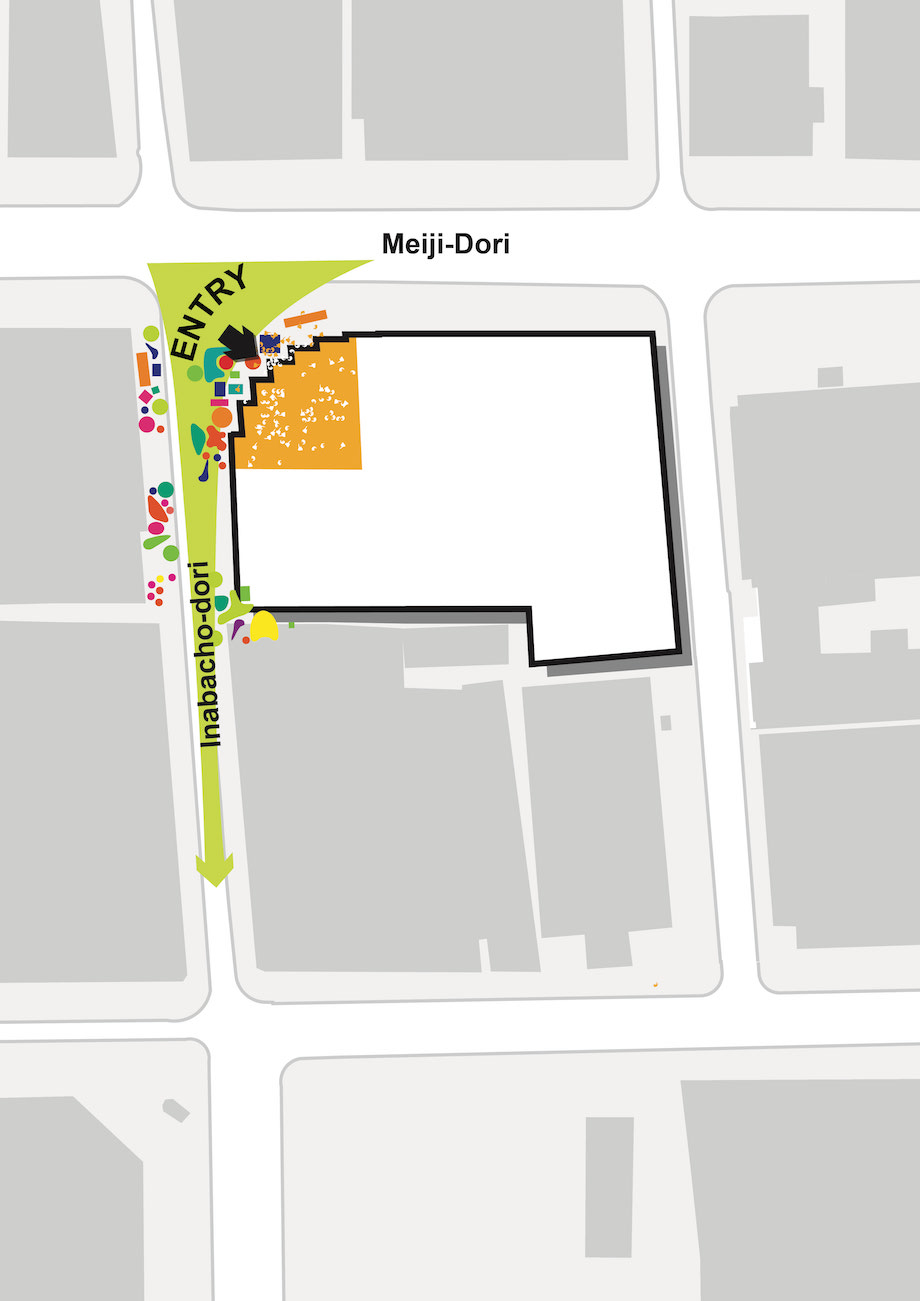 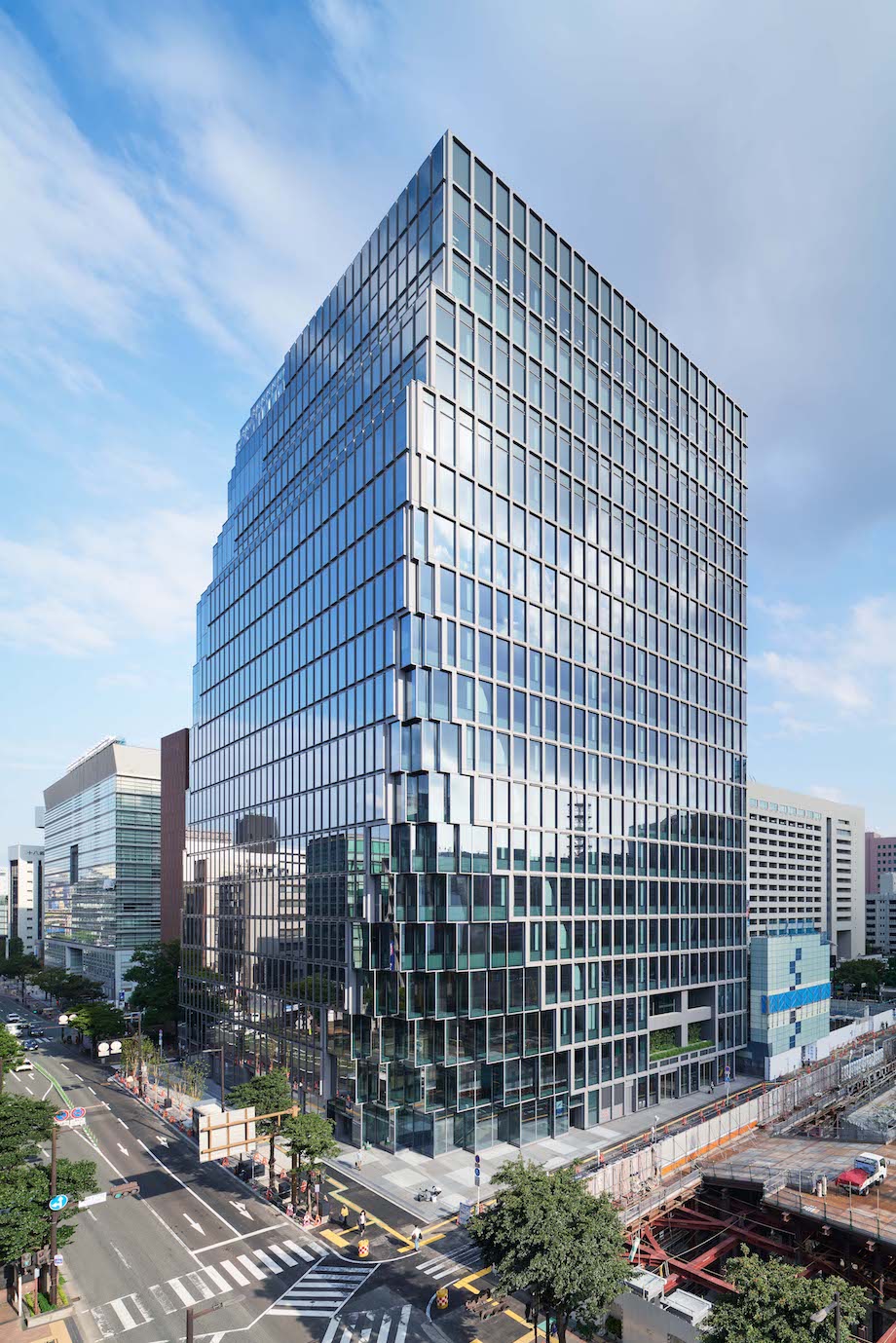 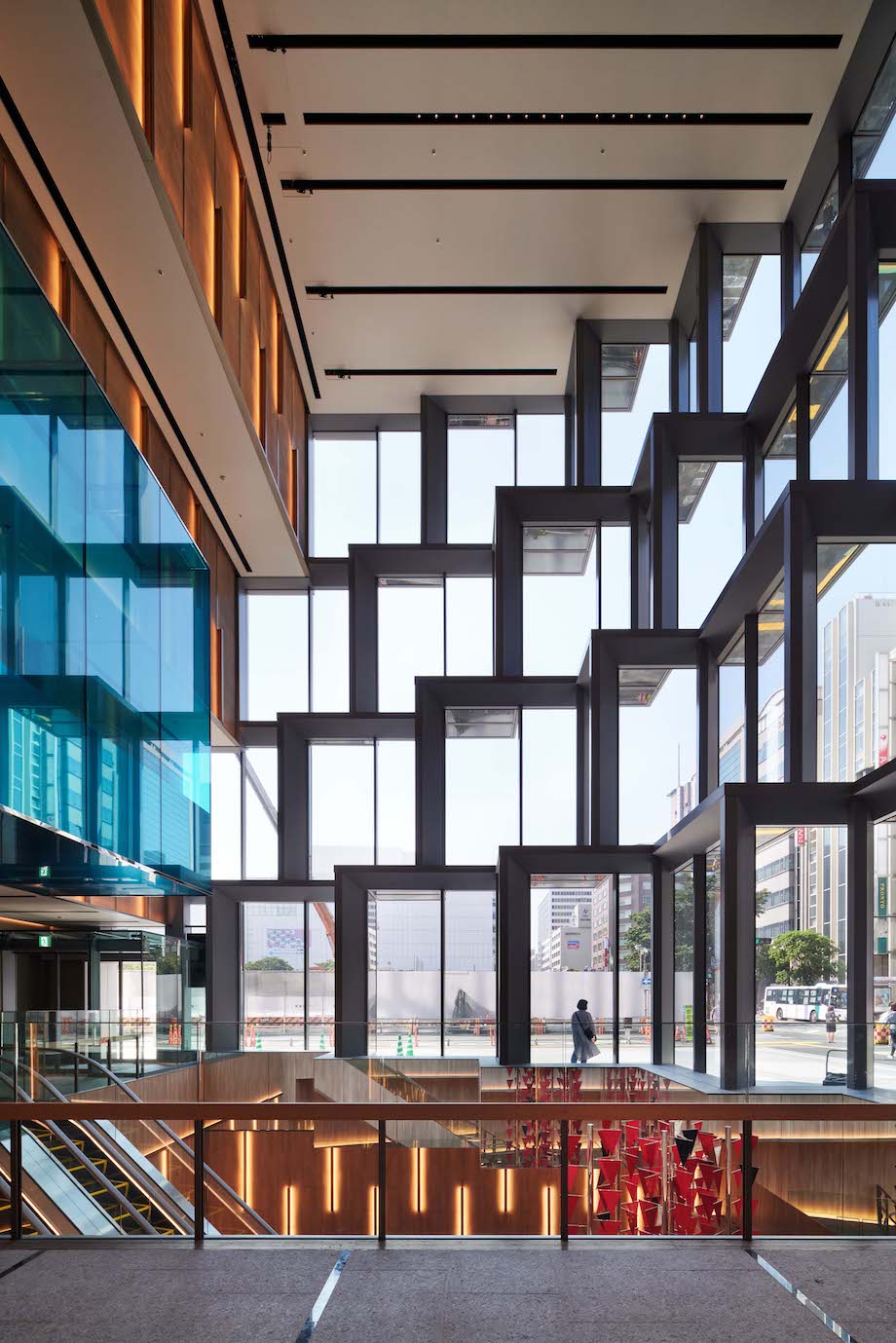 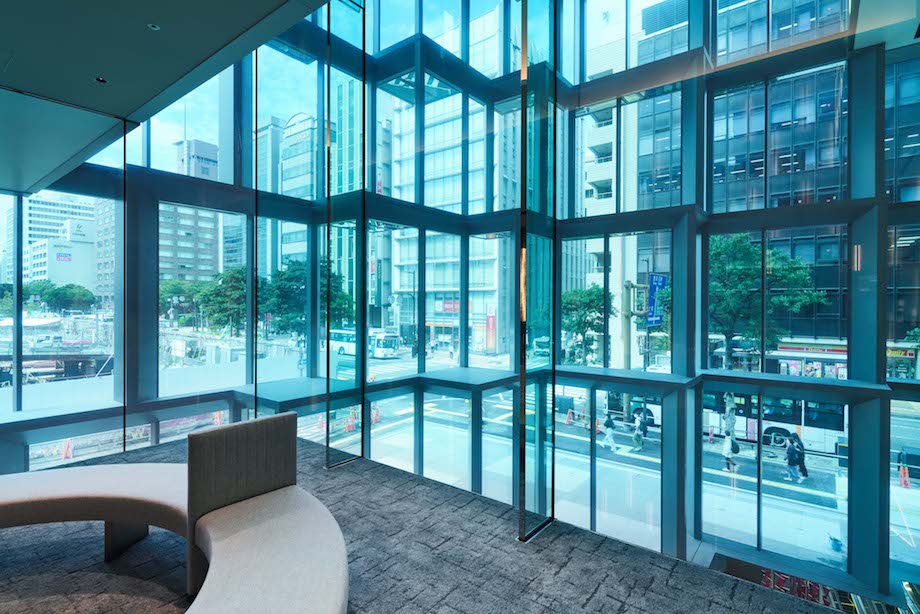 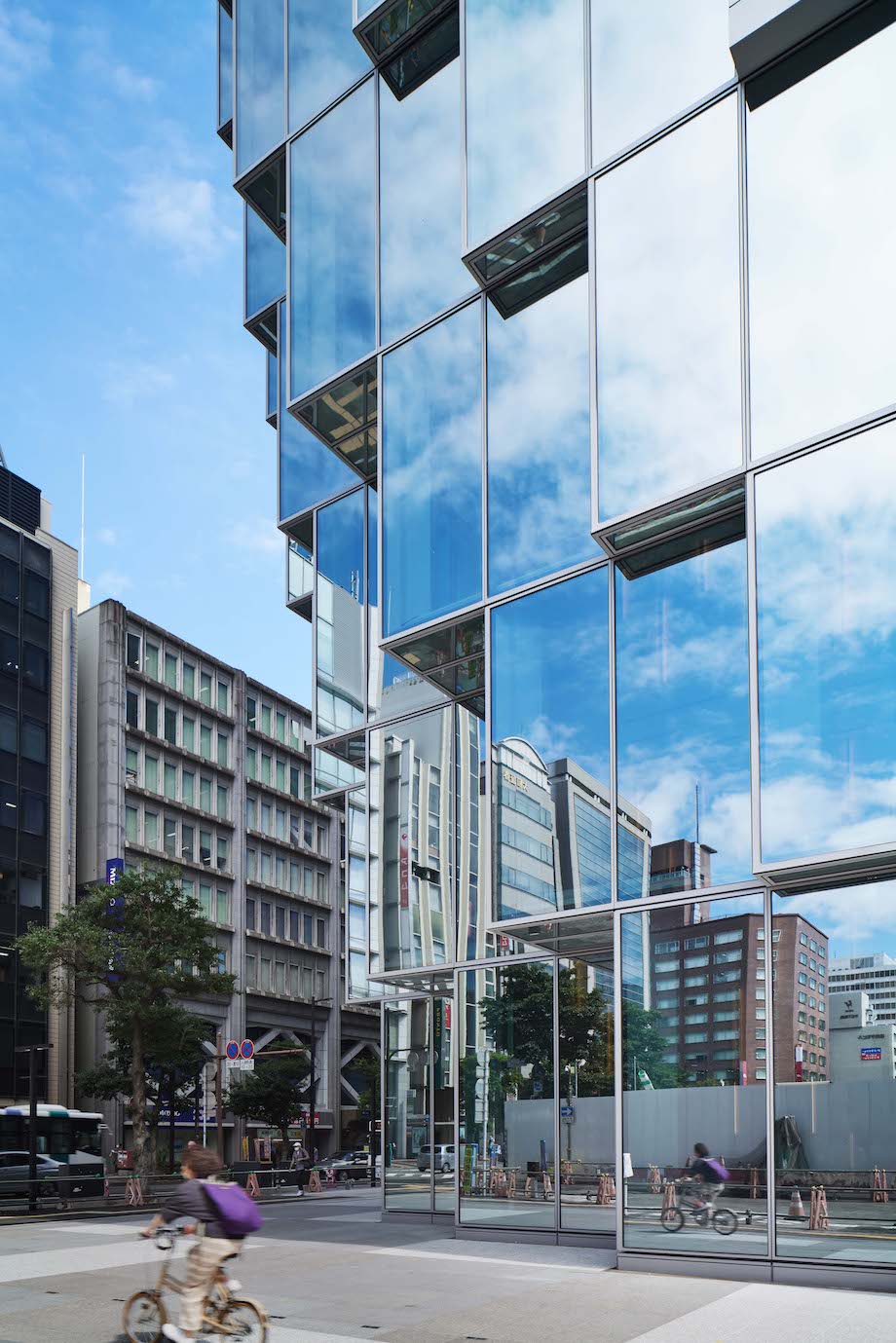 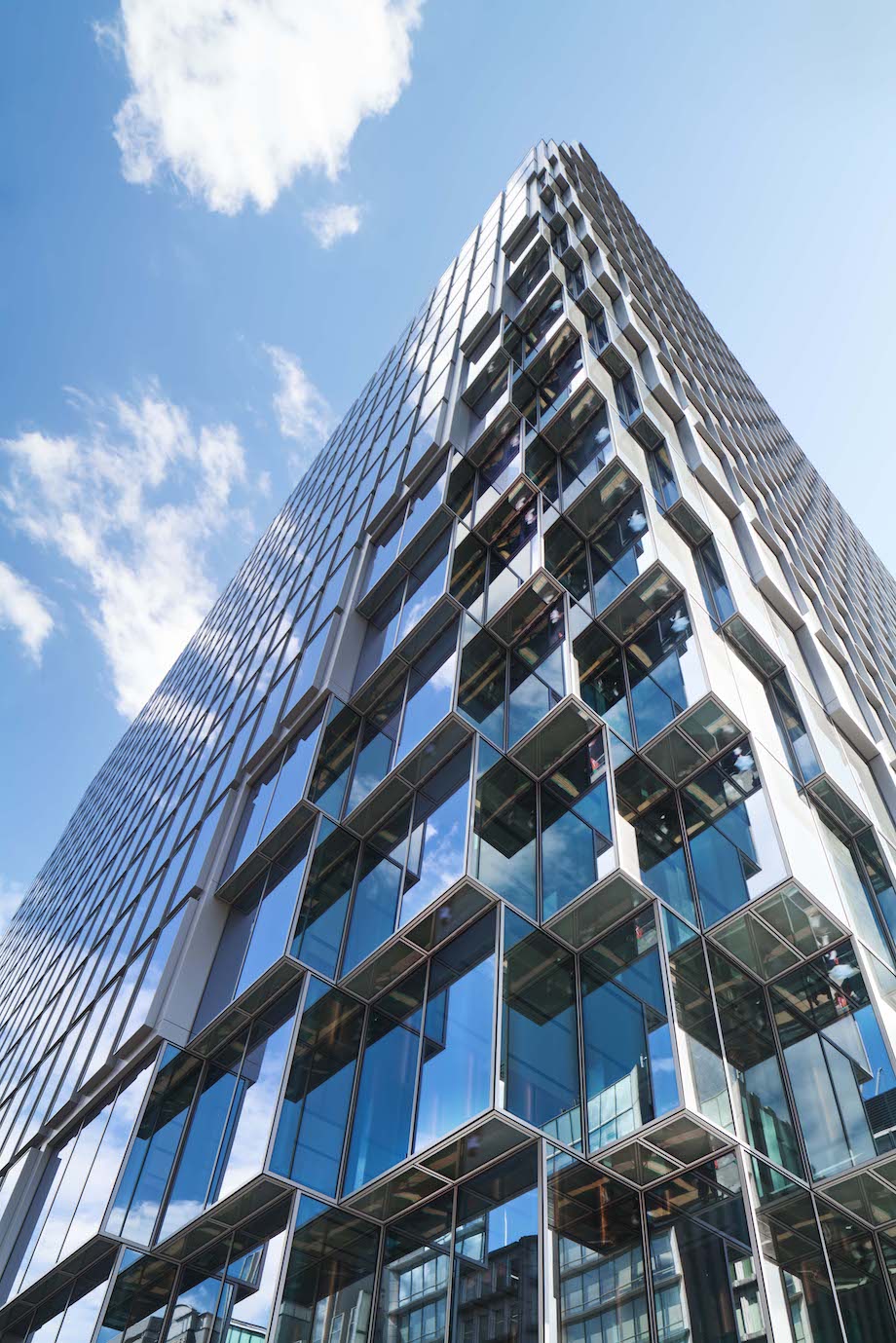 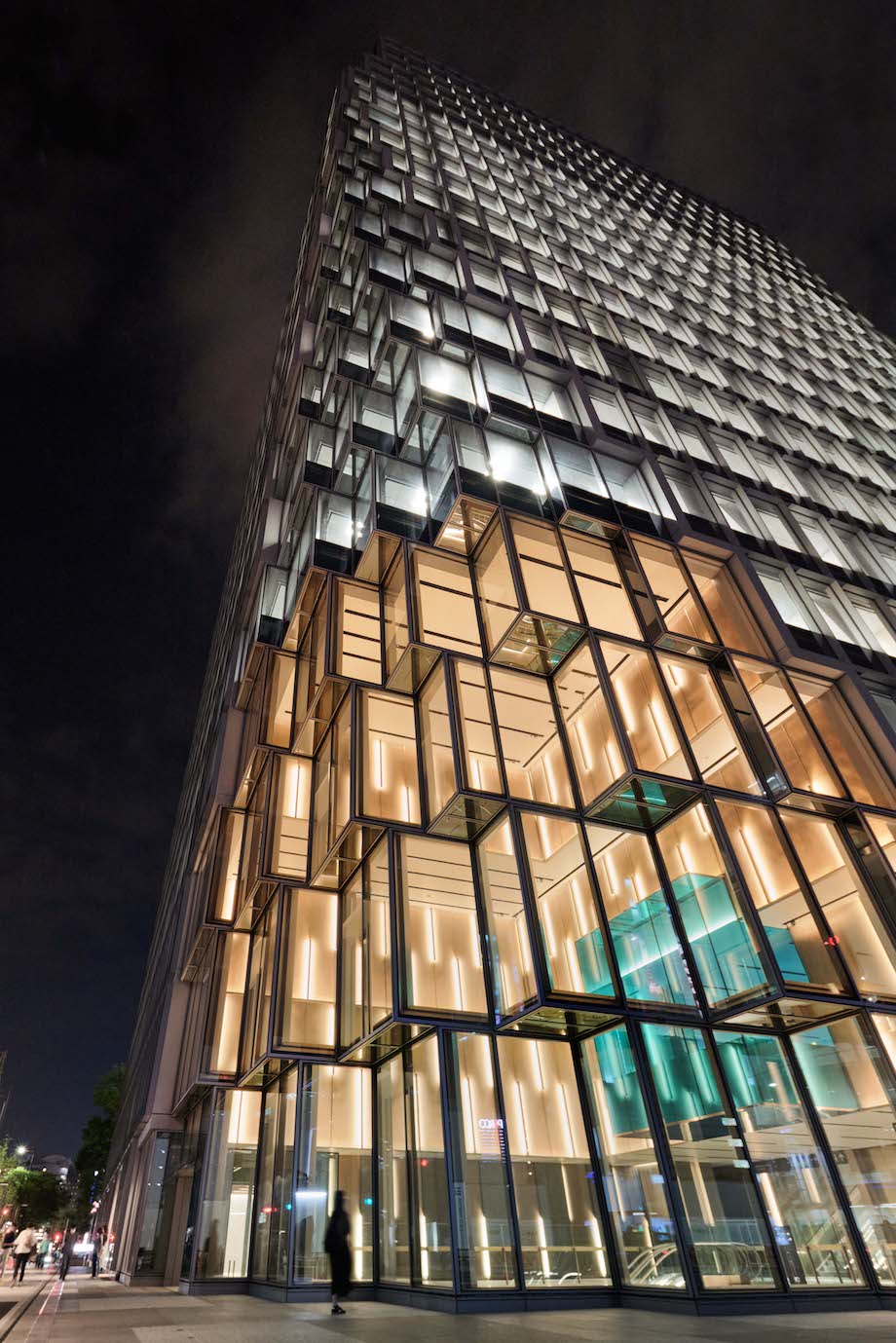 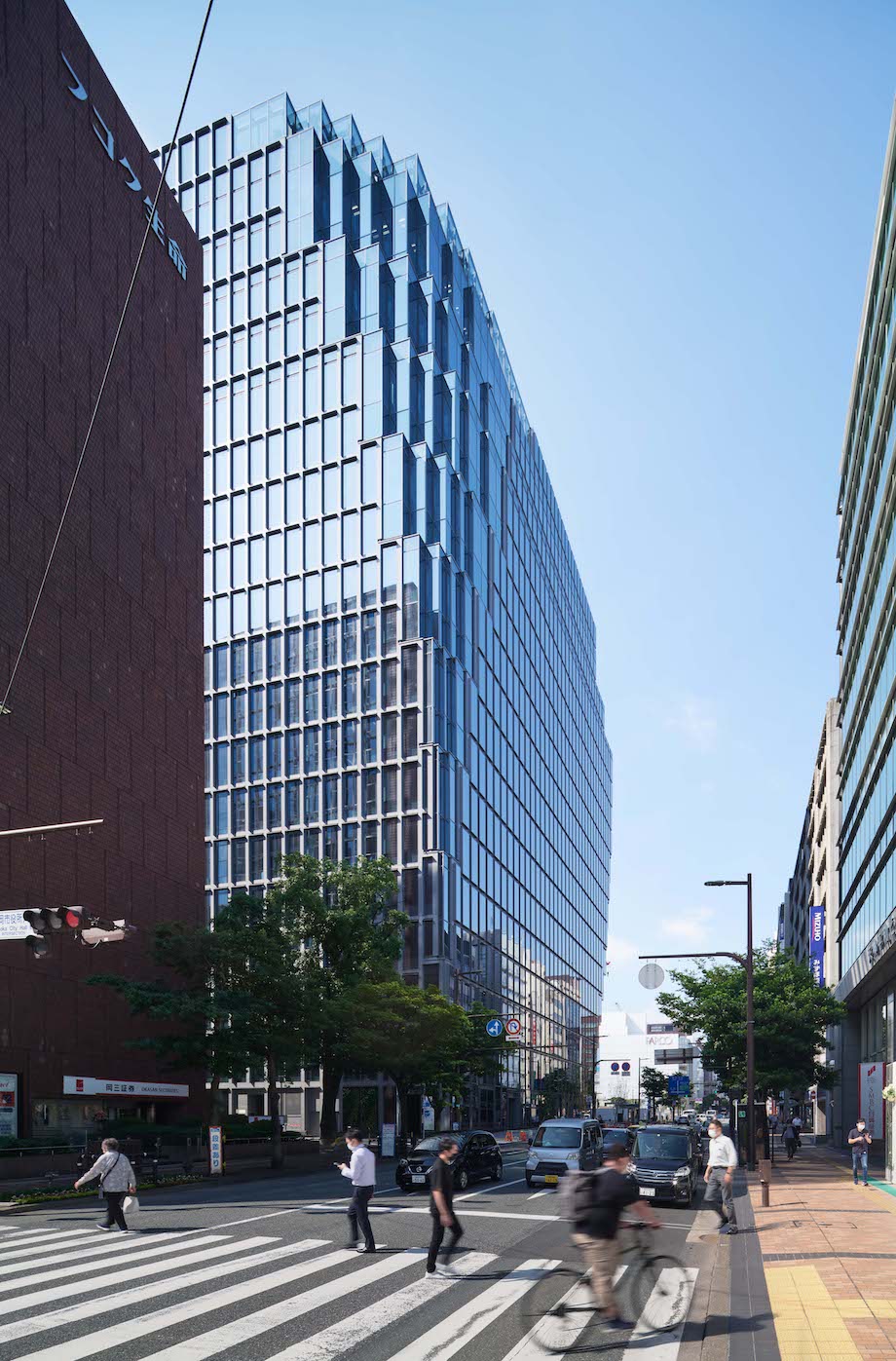 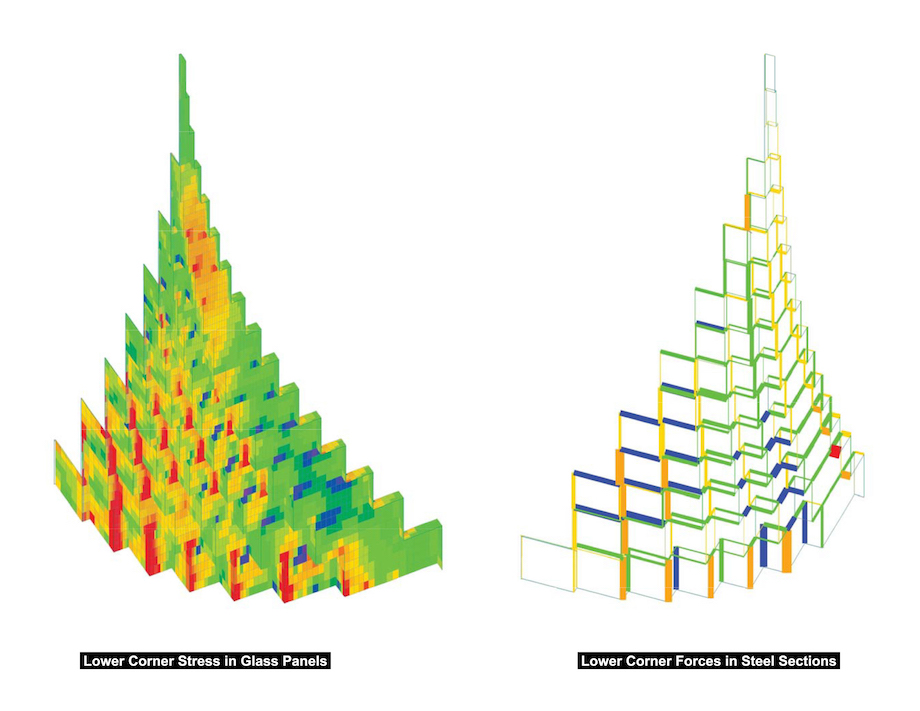 Fukuoka is the seventh biggest city in Japan and its central location among major cities of East Asia positions the city as a gateway into Japan, contributing to its standing as the economic center of Kyushu Island. The city has been thriving over the last decade, ranking highly in livability, ratio of younger population, and percentage of start-ups.

In 1991, OMA was invited as one of six architects to design a housing block (Nexus World Housing) for Arata Isozaki’s masterplan for a “new urban lifestyle” in Fukuoka. 30 years later, Tenjin Business Center signals a newfound ambition for urban renewal and growth. It also marks the new generation of collaboration between OMA, the city of Fukuoka, and Fukuoka Jisho—a fortuitous alignment of three individuals of the same generation: Shohei Shigematsu, OMA Partner and Fukuoka native; Ichiro Enomoto, the new CEO of Fukuoka Jisho; and mayor Soichiro Takashima.

Shohei Shigematsu, OMA Partner, says “It’s been a remarkable experience to build in my hometown where the city’s unique culture and identity are held close by its community, but in a moment of transformation catalyzed by an openness to new ideas and people. Tenjin Business Center is an incubator and platform that draws from its neighborhood activities and urban life while harnessing the energy of new ventures.”

The site is located at the intersection of two major axes: Meiji-dori—the city’s established avenue of commerce lined with financial offices—and Inabacho-dori—an organic pedestrian corridor linked to the city Hall Plaza and Galleria, lined with intimate cafes. Below ground, the site connects to a subway station and shopping concourse. Office buildings are often quite sober and withdrawn from public life. The introverted typology internalizes its atriums and lobbies, shrouding its best assets. Our approach was to excavate the façade on the corner of Meiji-dori and Inabacho-dori to articulate the convergence of two different urban activities. This gesture enhances two conditions simultaneously—they reveal the internal activity of the office and draw in public activity at the new entry plaza.

“The building program is predominantly workspace, within a given massing that is neither low-rise nor tower, so the design was conceived through hyper-focused interventions that subtly merge and connect human and urban scale, two streets of different character, inside and outside, city and nature. The result is an efficient office block with the most memorable corner—an excavation of the building toward more openness. A Big Bang signifies a starting point, and I hope this gesture will be an invitation for future developments to participate in creating a network of activated intersections and public zones that knit the new district together,” says Shohei Shigematsu.

Within the carved out corner is a six-story atrium that reinforces the inside/outside visual connection and draws natural light down to the lower-level concourse linked to the area’s underground pedestrian, retail, and transit network. The excavation is calibrated as three-dimensional pixels that break down the building to a human scale. The pixelated façade forms a series of soffit surfaces above, activated with signage and lighting that reinforce a sense of place at the convergence point.

Setbacks at the opposing upper level provide dynamic office interiors. In respect to the nature in the city, we symbolically introduce panoramic views to the often-overlooked Naka River and Hakata Bay. Together, the two pixelated edges round out the building to create a sense of softness like that of a melting ice cube. The eroded corners soften the edge between public domain and private office, generating an openness for the activity along Fukuoka’s main civic and commercial thoroughfares. (Txt by Shohei Shigematsu) 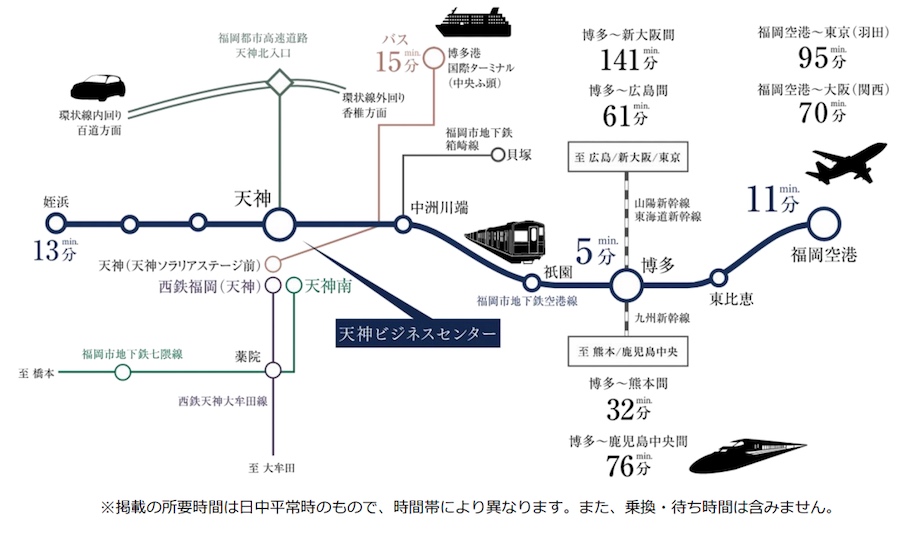 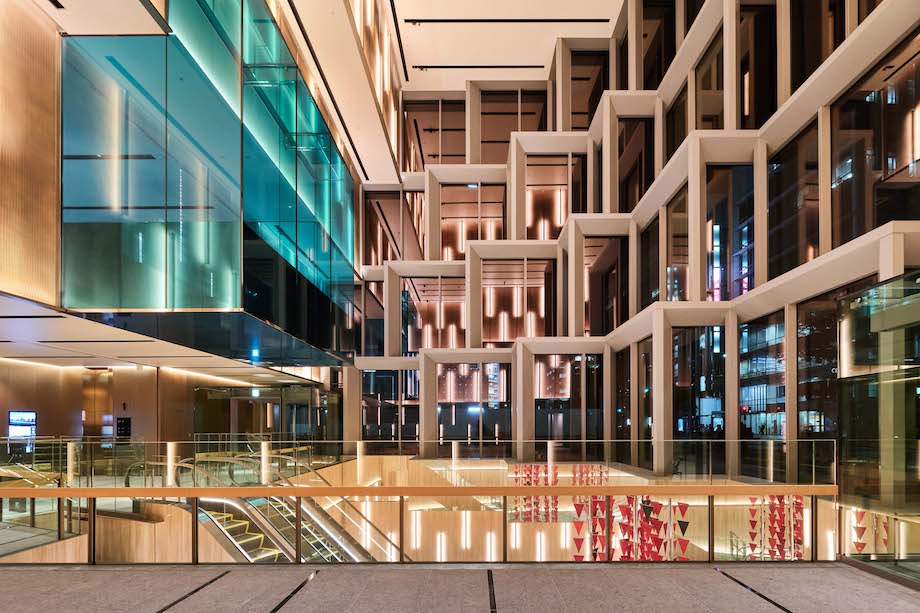 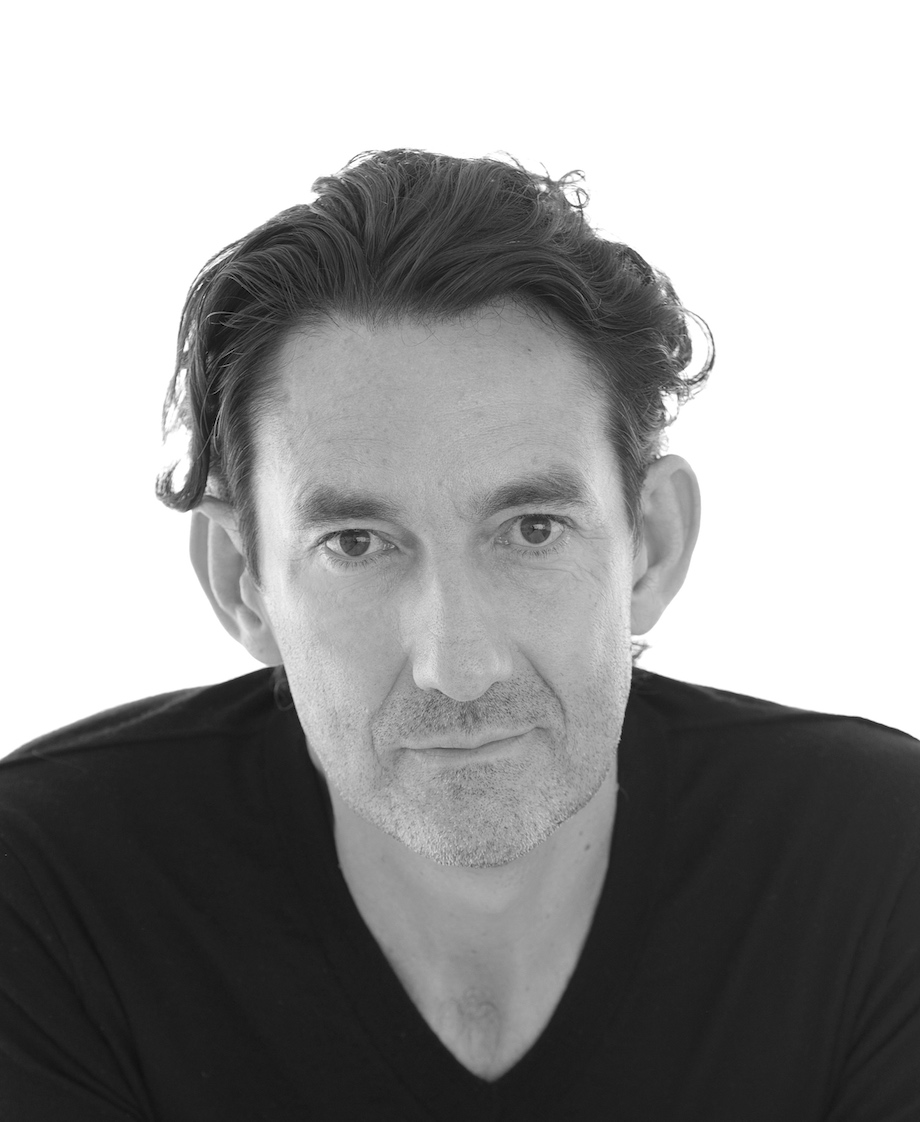 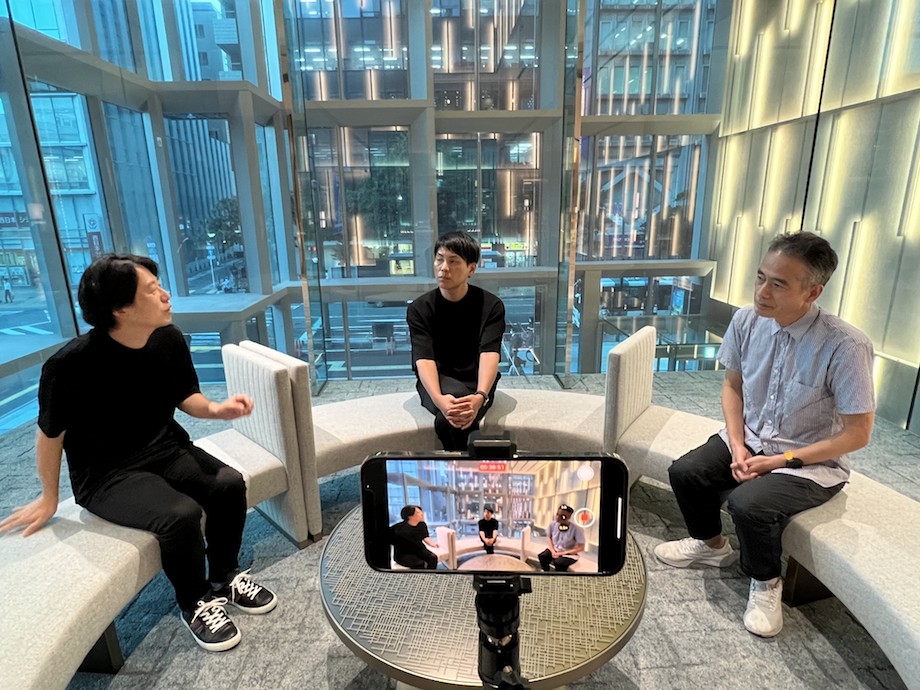