The opportunity to communicate to the world

─ You have been working on many projects for overseas clients.

Nagasaka: The first contact with our office is usually through our website.
Even from abroad, they contact us directly by email. It’s strange, isn’t it, because we only receive one email.

About 12 years ago, when <Sayama flat> was completed, I felt that this project wouldn’t see much light in Japan, even if presented here.
I don’t know what I was thinking, but I thought, “Will this project resonates better overseas? So I submitted a piece with a low-cost theme to an overseas award, and it won second place (note: Bauhaus Award 2008).

After that, people like ‘domus’ started approaching me.
I thought, “It’s interesting that if I look out, there are people with all kinds of different values. I could hardly speak English, though.
Something about us touched their sensitivity, and they contacted us.
They’re all courageous (laughs). Because it’s “Sanayama flat”!

Later I designed <Blue Bottle Coffee Kiyosumi-Shirakawa Roastery & Cafe>, but at first, I had no idea what to do with it. I had never created a restaurant or cafe before, so I wondered what I should do.
But a staff member at the time asked me if we could go to America. So I said, “Well, let’s give it a try then.
I found out later that it’s a famous coffee shop (laughs). So that’s how it went. 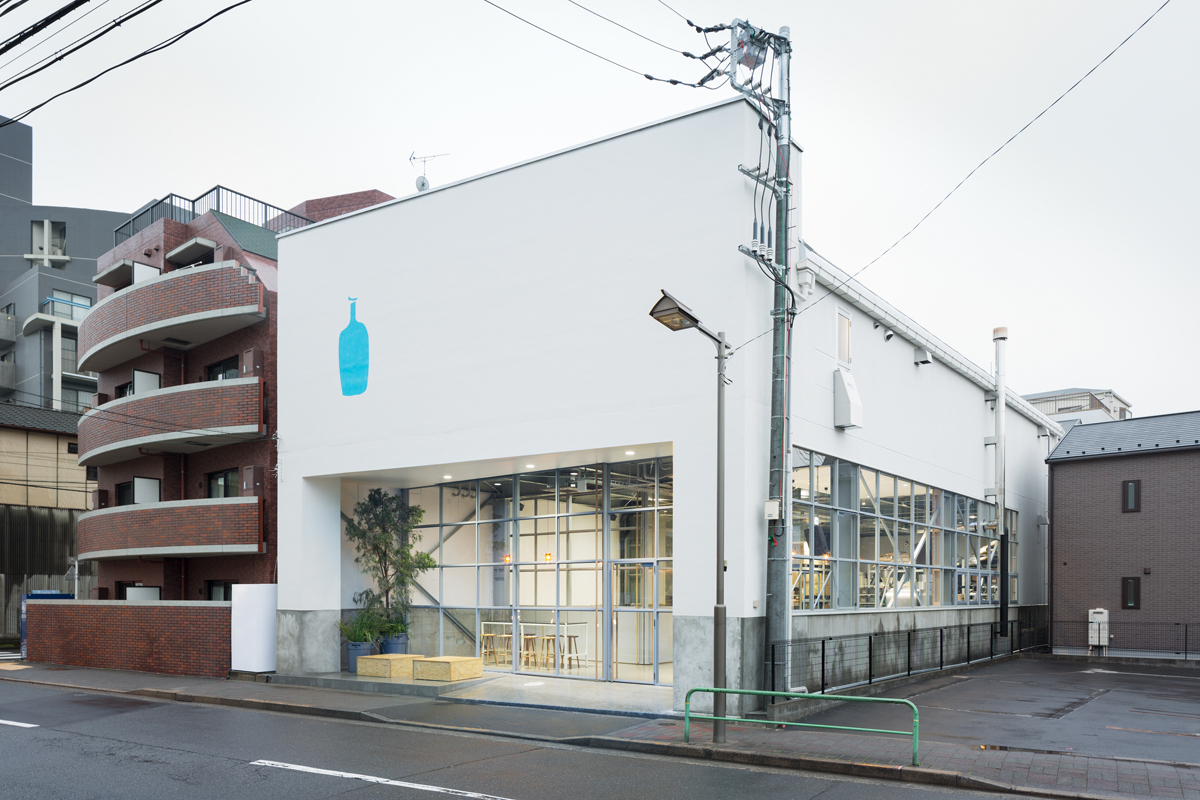 ─ How many staff members were working in your office at the time?

Nagasaka: There were about five. Around the same time, we also designed the Vitra stand (note: the Milano Salone exhibition space in April 2015, the <Vitra exhibition>).

The CEO of Vitra, who had just been replaced, wanted to do something different, so he rented the most significant space and approached us.
At first, it was just an email, like three lines, “I’m going to Japan, can I come to visit you?”

There was nothing in that email about work, but I said, “Sure.”
They came to visit me frankly, but on their business card, they wrote “Vitra CEO.” I thought they were talking about a lot of things, and as she was leaving, she said, “Actually, I’m in Milan this year.
It’s January. I thought, “What am I going to do with a few months left until the exhibition? They should have told me about it earlier” (laughs).

Then we built a particular office in the office, and the Swiss people came over and worked with us on the design, and it was all done at once. I was impressed by the excellence of the Swiss people.
It was swift and exciting.

Now we have our book coming out, and I feel like people are starting to anticipate what we’re going to make, and a lot of people say they saw <Blue Bottle Coffee>, so it’s not as if we’re catching them by surprise anymore. 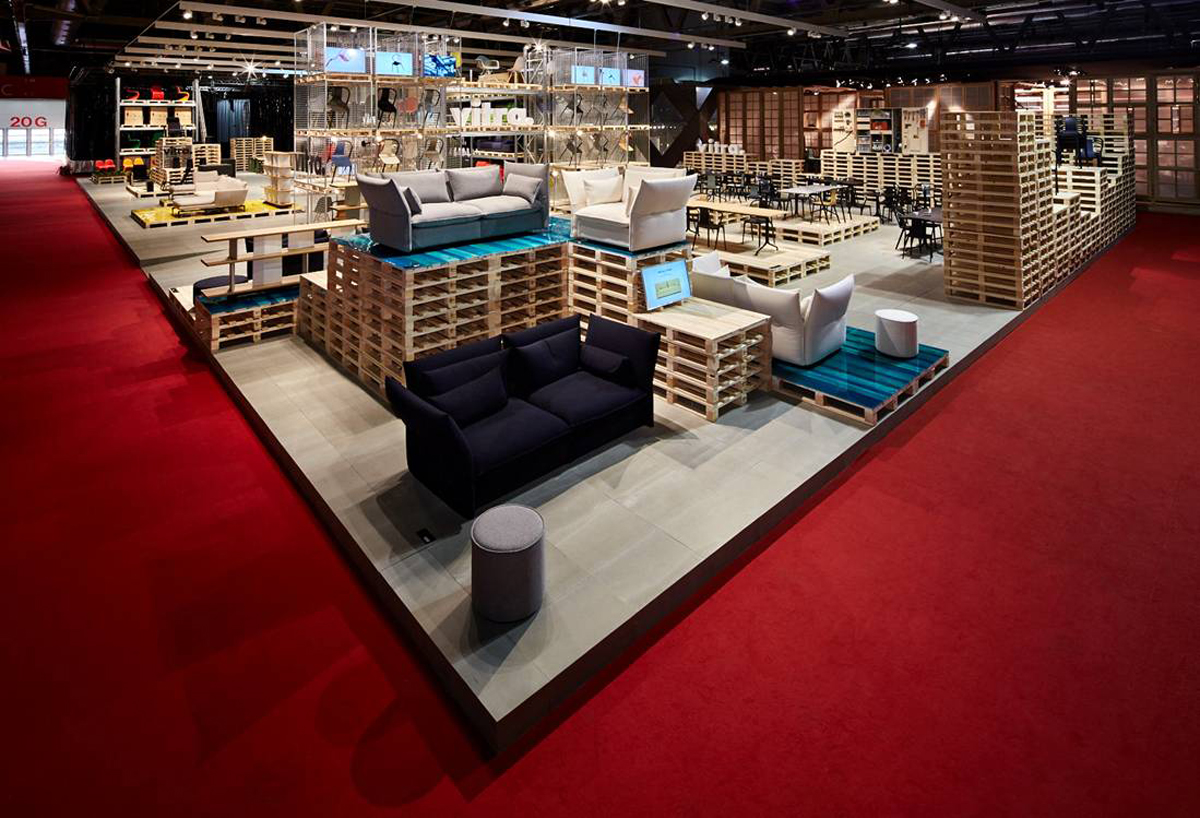 Perspectives we notice from overseas evaluations

─ What is the general view of the schema?

Nagasaka: People overseas describe the work we make as “unfinished” or “naked.”
When we see or hear such interpretations, we say, “That’s a good point!” Sometimes I feel like I’m at the mercy of them (laughs).

They’re probably not very happy when I tell them that “my stance is this, and this is how I’m thinking about this project.”
They are highly capable of organizing and thinking for themselves, so I guess it’s a way of saying, “We know what you’re doing.

They seem to see us as “interesting” in our decisions.
They seem to find it interesting to think about why we do this instead of this or why we use this or that material and the accumulation of each of these factors.

When I’m invited to give lectures, I’m often asked about these things. From their point of view, our case study seems to be a leap forward.
Unfortunately, that’s not my intention (laughs). I don’t think it’s quite the same as a series of ideas and forms, or a logical one.
(Continued on #03 Sharing Concepts in Design Language) 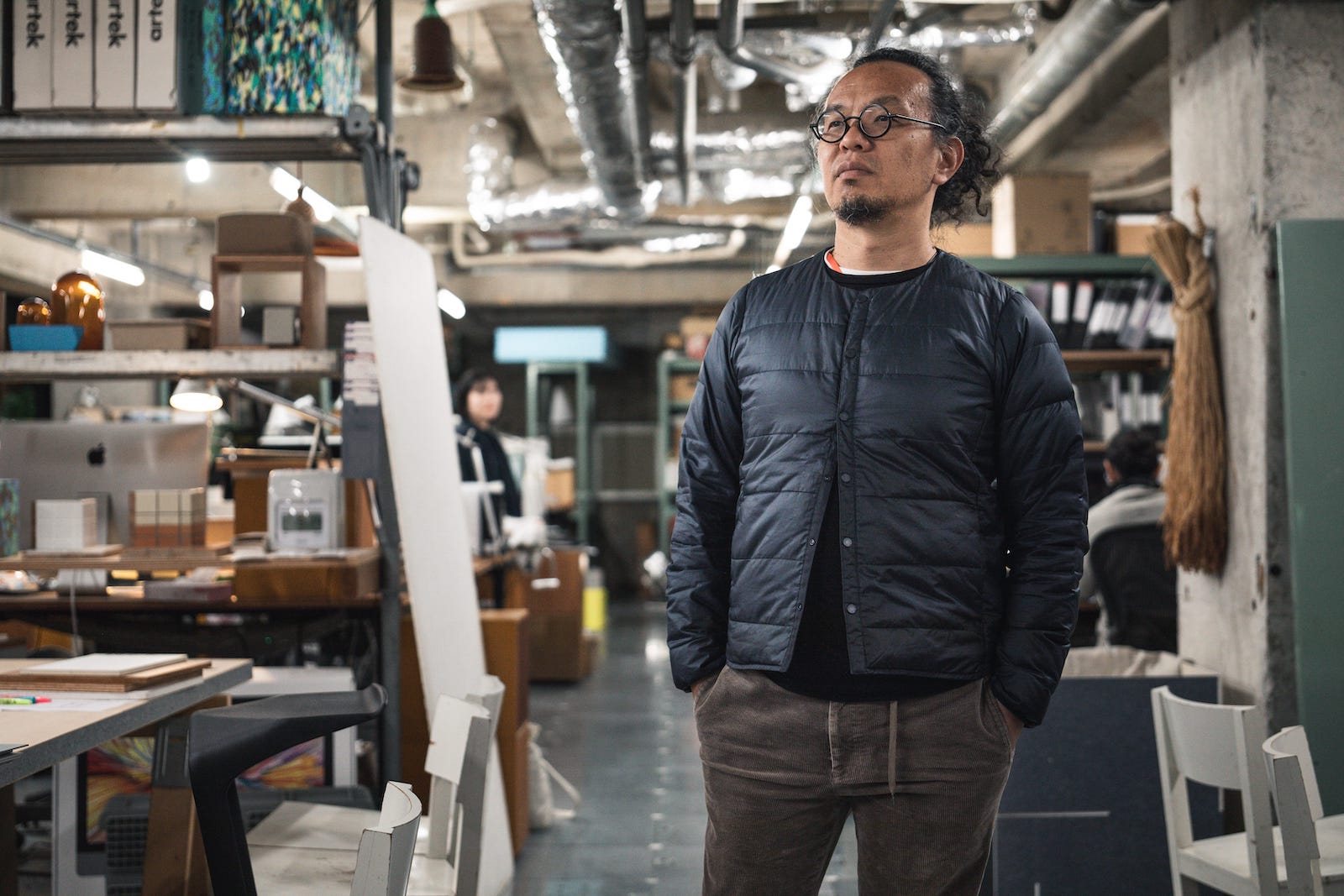 移転前の表参道のオフィスにて | At the Omotesando office before the relocation Photographs: toha 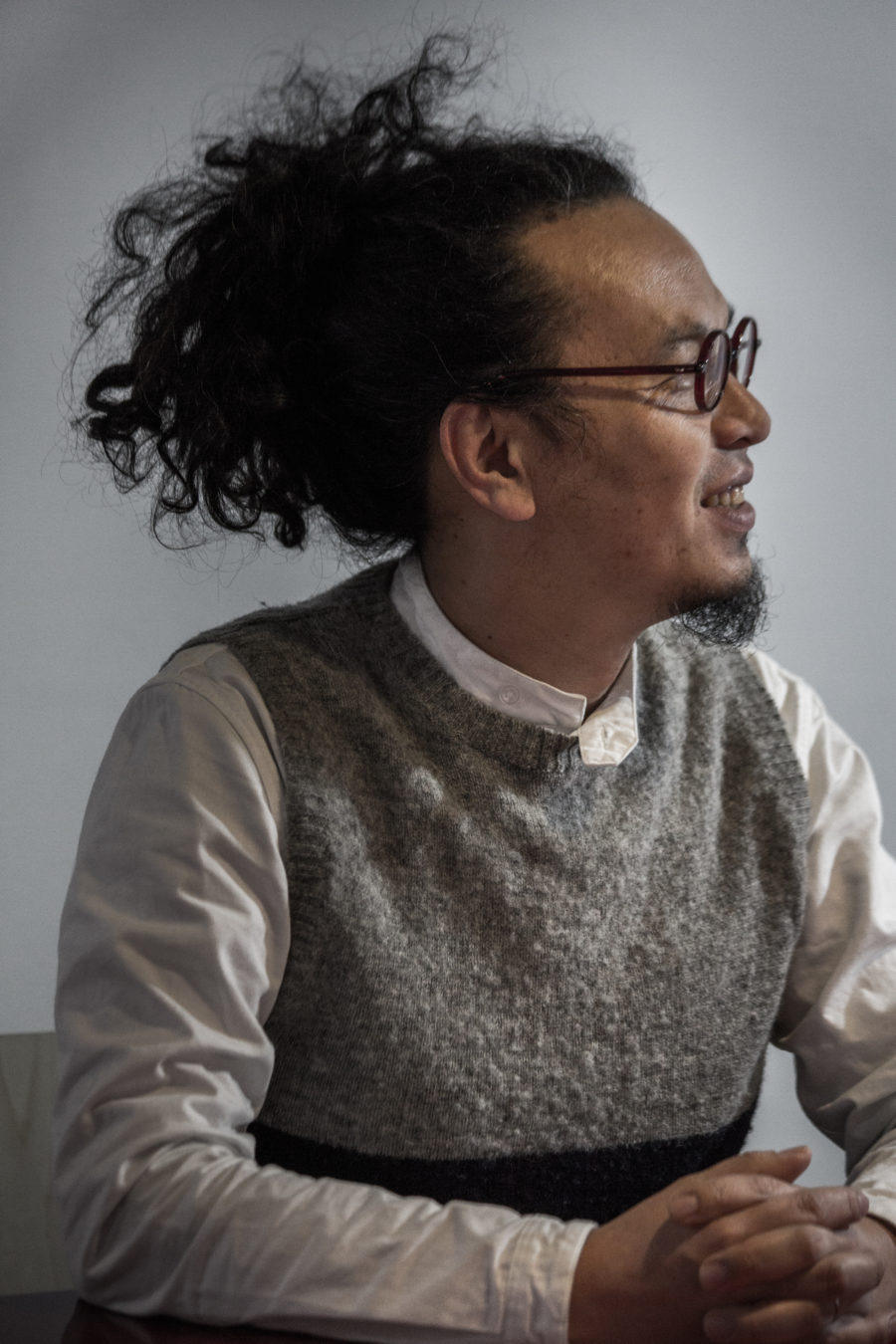 長坂 常
スキーマ建築計画代表。
1998年東京藝術大学卒業後にスタジオを立ち上げ、現在は青山にオフィスを構える。家具から建築、まちづくりまでスケールもさまざま、そしてジャンルも幅広く、住宅からカフェ、ショップ、ホテル、銭湯などを手掛ける。どのサイズにおいても1 / 1を意識し、素材から探求し設計を行い、国内外で活動の場を広げる。
日常にあるもの、既存の環境のなかから新しい視点や価値観を見出し、「引き算」「誤用」「知の更新」「見えない開発」「半建築」など独特な考え方を提示し、独自の建築家像を打ち立てる。
代表作に〈Sayama Flat〉〈HANARE〉〈FLAT TABLE〉〈ColoRing〉〈BLUE BOTTLE COFFEE 〉〈桑原商店〉〈お米や〉〈DESCENTE BLANC〉〈HAY〉〈東京都現代美術館 サイン什器・家具〉など。
Jo Nagasaka
Principal, Schemata Architects
Jo Nagasaka established Schemata Architects right after graduating from Tokyo University of the Arts in 1998, and now has his design office in Aoyama, Tokyo. The scale of his work ranges widely from furniture and architecture to urban landscape. The type of his work is also extensive including café, shop, hotel and public bath. In any size of his architecture, he is always conscious about 1:1 scale, exploring materials and design, expanding his works in both domestically and globally.
He's been discovering new perspectives and values from everyday things and existing environments, while presenting unique ideas such as "subtraction", "misuse", "update of knowledge", "invisible development", and "semiarchitecture" and established an original architect image.
His main works include: Sayama Flat / HANARE / FLAT TABLE / ColoRing / BLUE BOTTLE COFFEE / Kuwabara Shoten / OKOMEYA / DESCENTE BLANC / HAY / Signage and Furniture Design for the Museum of Contemporary Art Tokyo, etc.